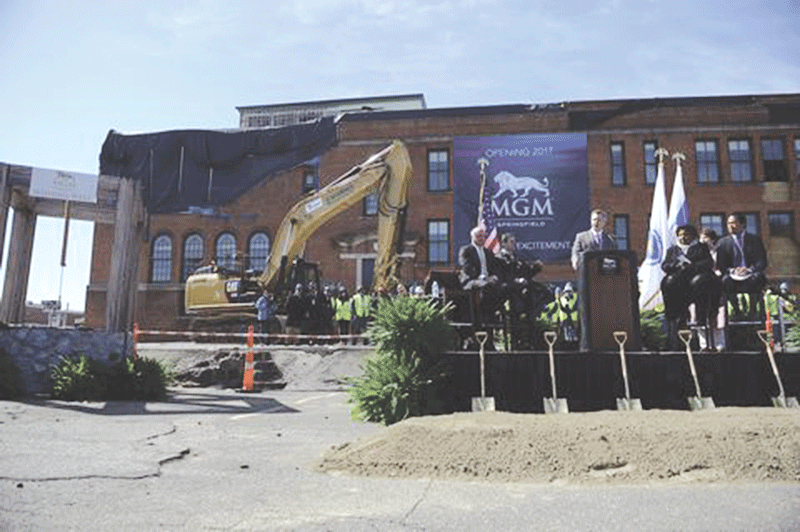 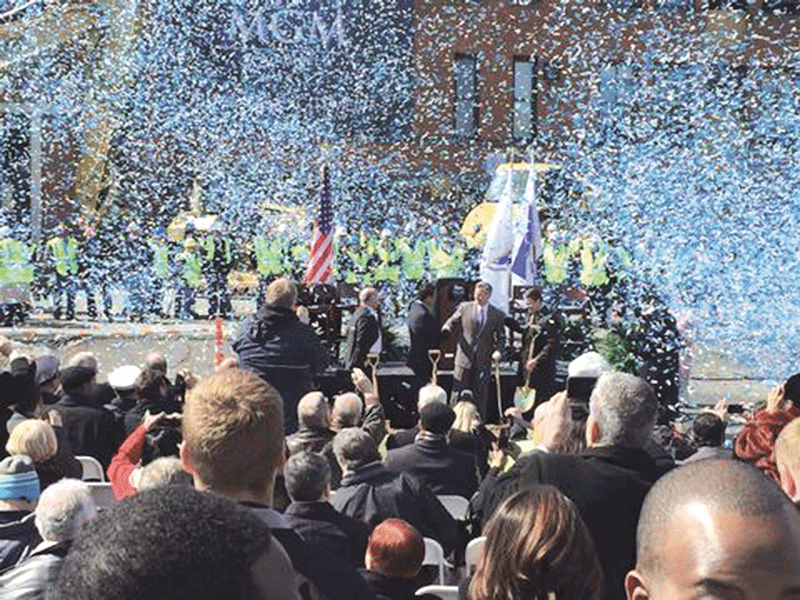 The casino era officially began in Springfield on March 24, as ground was broken for MGM Springfield, an $800 million resort casino that will take shape in the city’s tornado-ravaged South End. Top, with the tornado-damaged Zanetti School in the background, Jim Murren, MGM Resorts International chairman and CEO, offers remarks to the hundreds in attendance. Above, the confetti canons go off as dignitaries handle the official groundbreaking duties. 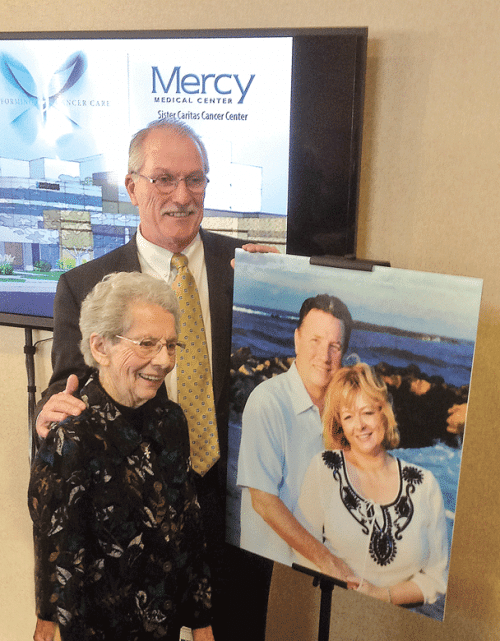 Mercy Medical Center recently announced that Cynthia and William Lyons of Wilbraham have made a $1 million challenge gift to Transforming Cancer Care – the Capital Campaign for the Sister Caritas Cancer Center. The Lyons’ gift will support the 26,000-square-foot expansion of the center and reflects the largest single gift for the campaign from members of the community. “We have been inspired by the high level of care and compassion that runs throughout the Sisters of Providence Health System,” said Cynthia Lyons. “The work being done at the Sister Caritas Cancer Center is especially exciting.” Under the leadership of Dr. Philip Glynn, director of Oncology, staff at the cancer center has expanded significantly to meet patient need; by 2022, demand for outpatient cancer services is expected to grow by 26%. The $15 million expansion will also bolster the center’s capabilities by enhancing communication among oncology providers and facilitating ease of access to existing services. The design of new infusion bays will increase privacy for patients, as well as for a supporting family member or friend. Sr. Mary Caritas, SP, is a member of the Sisters of Providence Health System (SPHS) board of trustees, was president of the former Mercy Hospital, and was a driving force behind the initial effort to build the cancer center that now bears her name. Pictured at right, Caritas and Daniel Moen, president and CEO of SPHS, display a photo of Bill and Cindy Lyons at the news conference announcing the gift. 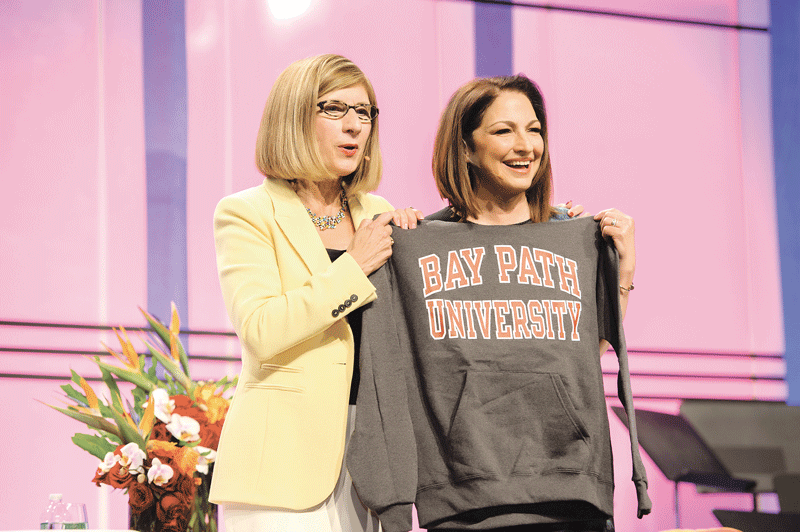 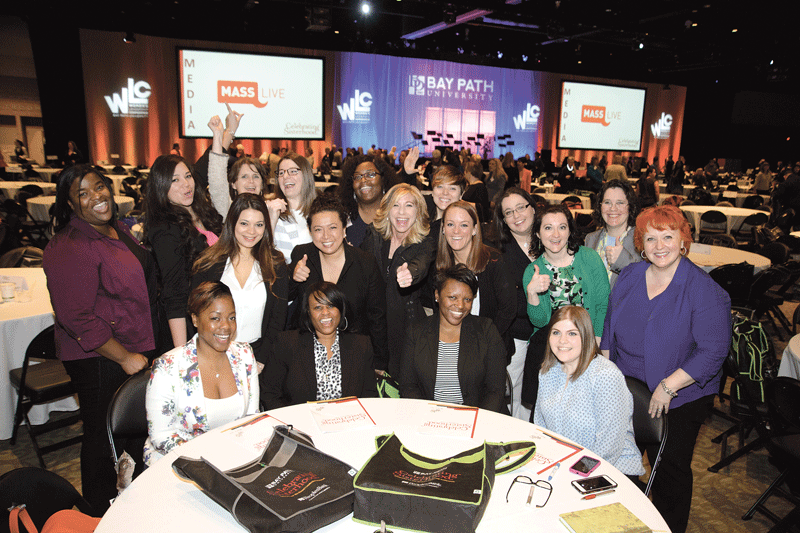 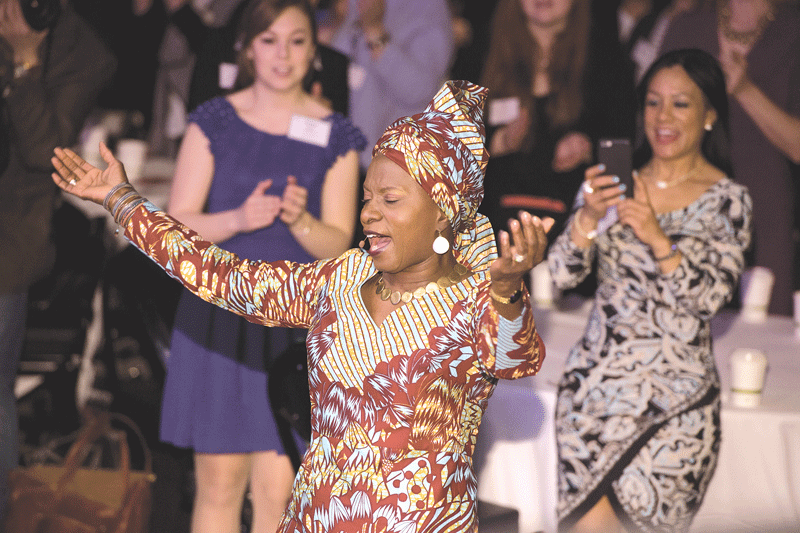 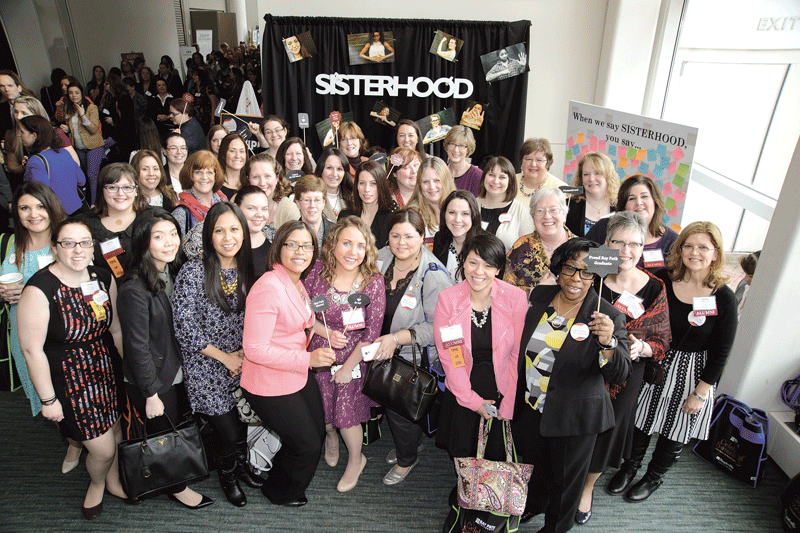 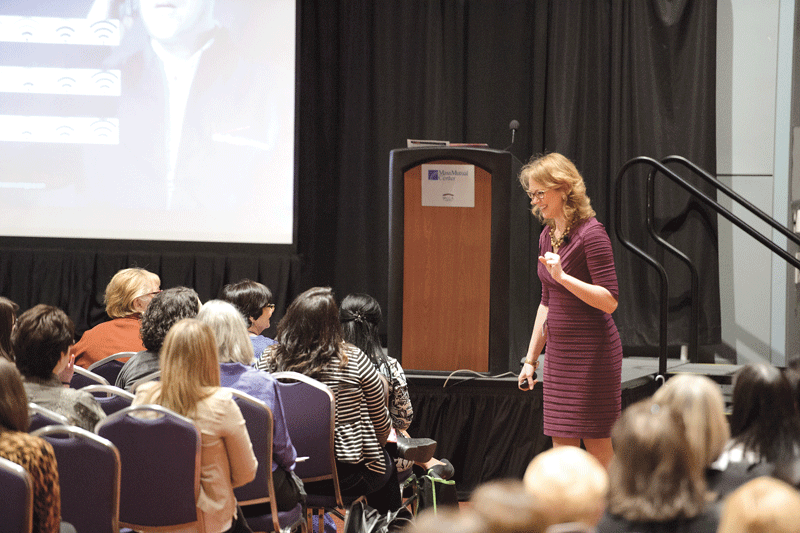 More than 1,600 people packed the MassMutual Center on March 27 for the 20th annual Women’s Leadership Conference, presented by Bay Path University. The event, with the theme “Celebrating Sisterhood,” featured three keynote speakers — Angelique Kidjo, the ‘undisputed queen of African music’; Kathy Giusti, cancer survivor, philanthropist, and founder of two melanoma research foundations; and Cuban-born singer Gloria Estefan — as well as a host of breakout sessions on a wide range of topics. From top to bottom: Bay Path President Carol Leary present Estefan with a school sweatshirt; a group of Bay Path students enjoy the conference; Kidjo entertains the audience during her morning keynote address; Bay Path alumni represent the theme of the conference; and Sheila Heen, founder of Triad Consulting Group and author of Difficult Conversations and Thanks for the Feedback: the Science and Art of Receiving Feedback Well (Even When It’s Off-base, Unfair, Poorly Delivered, and Frankly, You’re Not in the Mood), solicits comments during her breakout session, “Thanks for the Feedback.”

Tags: Picture This The Casino Era