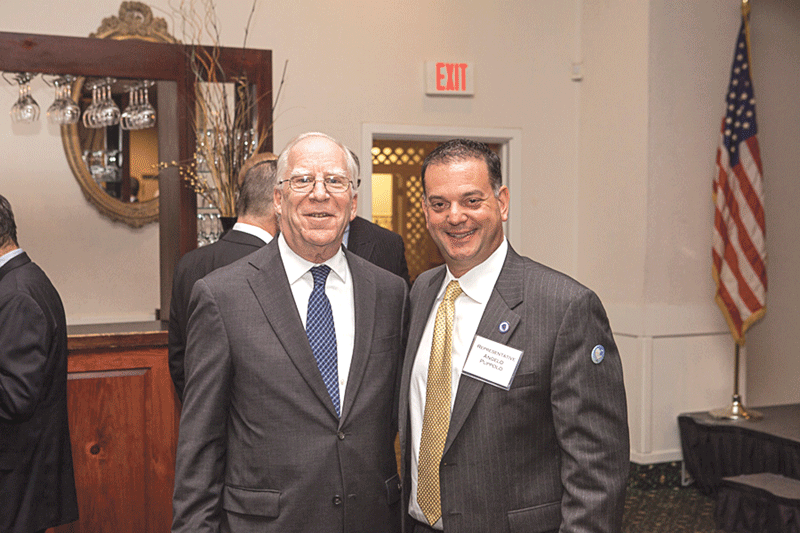 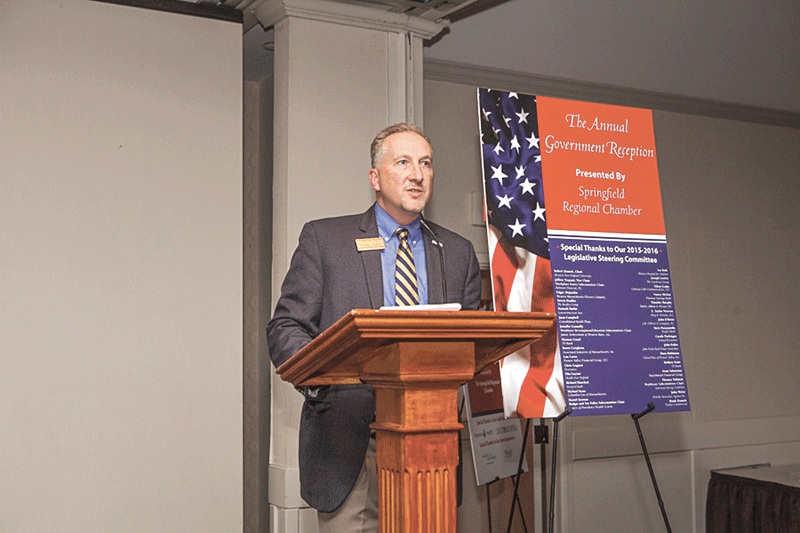 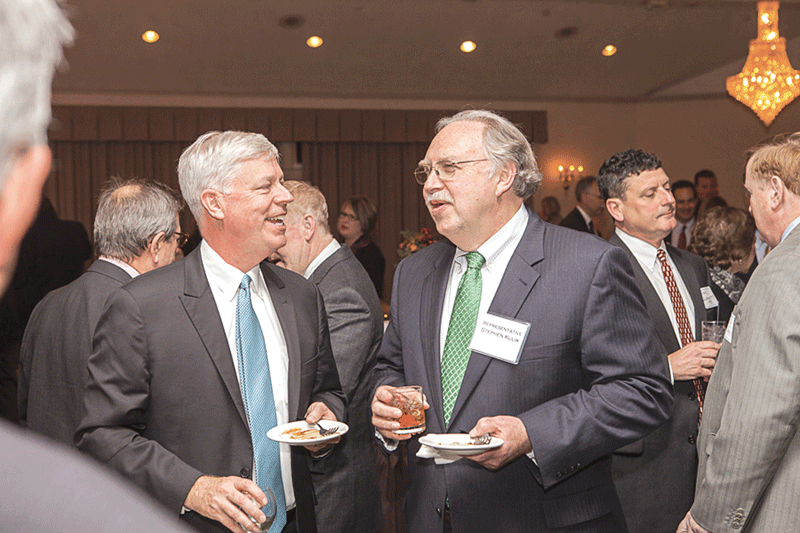 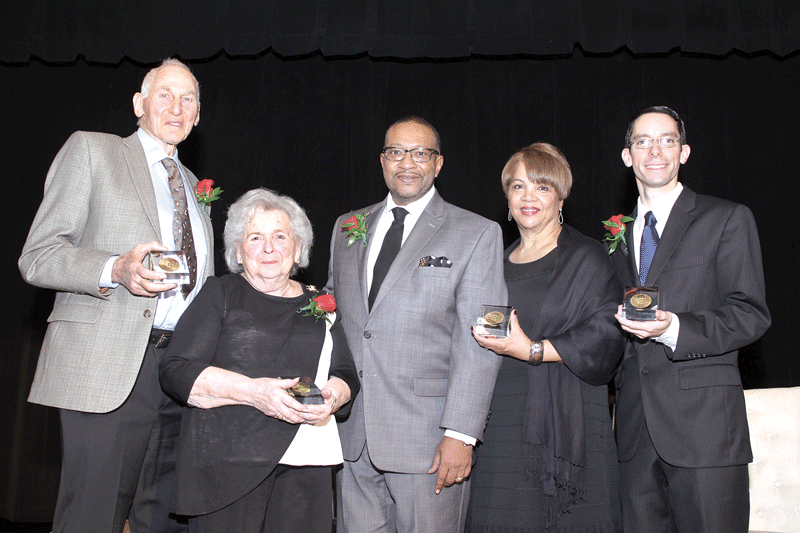 The Advertising Club of Western Massachusetts recently honored the 2015 Pynchon Award winners at ceremonies at the Museum of Springfield History. The honorees are, from left: Harold Grinspoon, Sue Ellen Panitch, Ronn and Donna Johnson, and Gary Bernice.

A ‘Top Place to Work’ 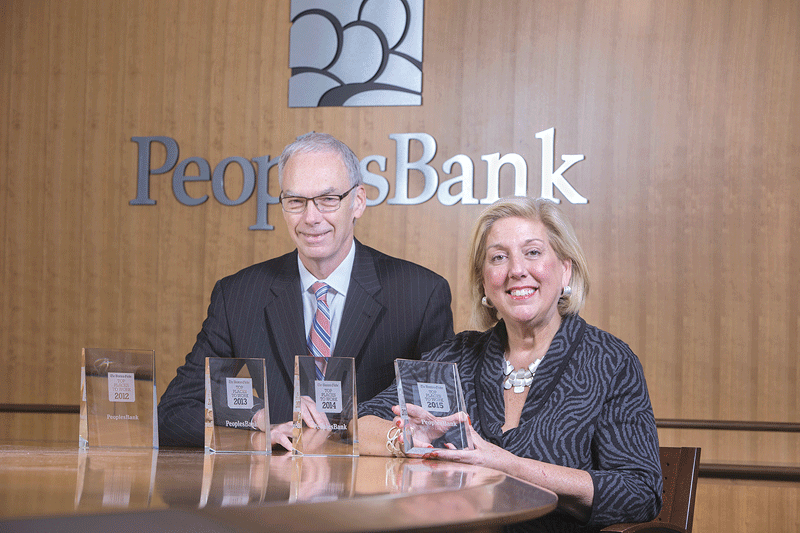 For the fourth year in a row, the Boston Globe has named PeoplesBank a “Top Place to Work.” The bank competed with companies around the state for the honor and attributes its continued success to its “high-performance culture.” Pictured here with the awards are Douglas Bowen, president and CEO, and Janice Mazzallo, executive vice president and chief Human Resources officer. 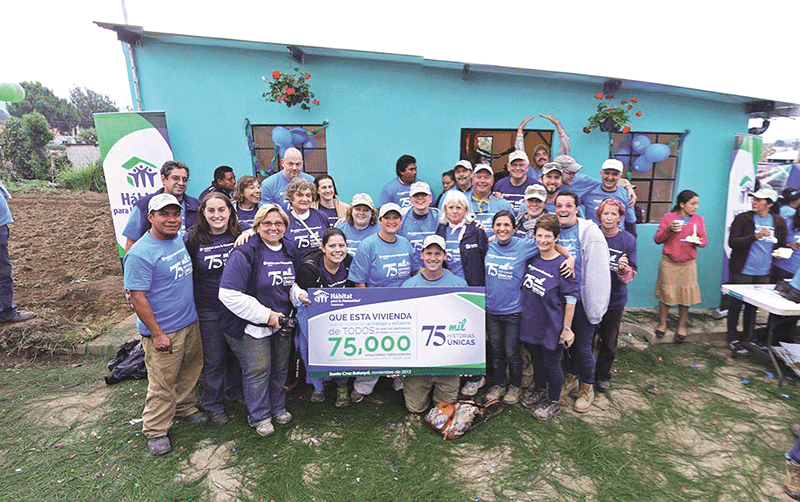 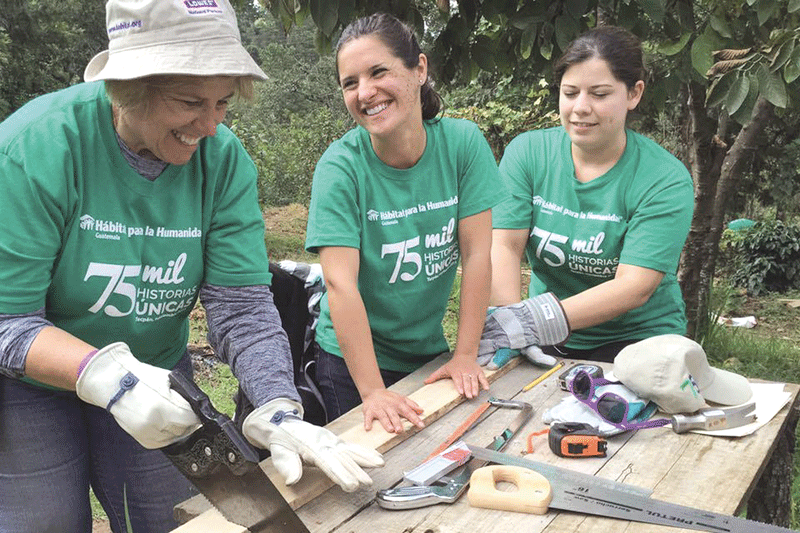 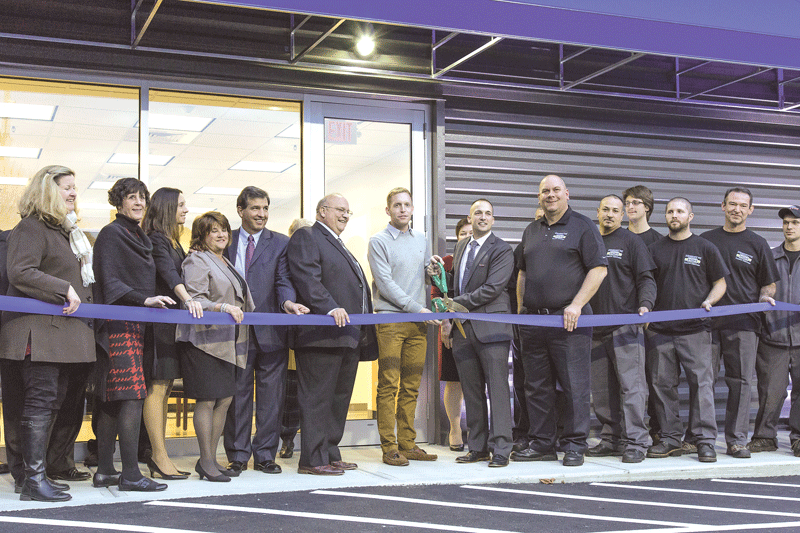 Marcotte Ford in Holyoke recently cut the ribbon on its new Marcotte Commercial Truck Center on Main Street. A host of city leaders, customers, and key stakeholders were on hand for the grand opening of the state-of-the-art facility, which the company believes will enable it to bring customer service to a new and even higher level. 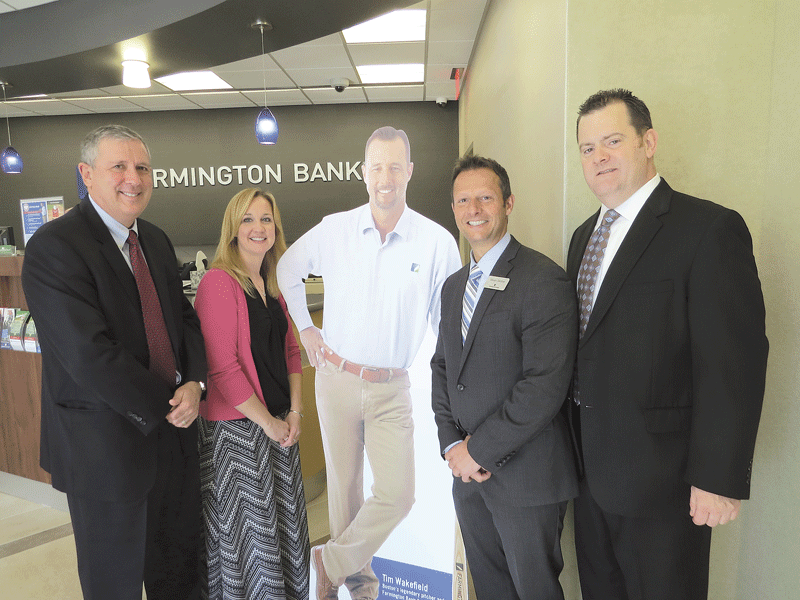 Farmington Bank recently announced its newest branch office in Western Mass. at 61 North Main St. in East Longmeadow amid a host of events and promotions, many of them involving the bank’s new spokesperson, former Red Sox hurler Tim Wakefield. The branch follows the opening of its first office in Massachusetts at 85 Elm St. in West Springfield in October. The new East Longmeadow office features an open floor plan with approximately 2,000 square feet of space, allowing customers to interact with Farmington Bank’s personal bankers without teller lines. The branch will also offer a drive-up window and a 24-hour drive-up ATM. To mark its entry into East Longmeadow, Farmington Bank is hosting a month-long grand-opening celebration at the branch from through Dec. 19.  A highlight is the Dec. 12 appearance of Wakefield, from 11 a.m. to 1 p.m., during the Bank’s Family Day event. Seen here with a likeness of the new spokeperson are, from left, Ken Burns, executive vice president and director of Retail Banking and Marketing; Collen Phelps, assistant branch manager; Steven Gardner, vice president and branch manager; and Michael Moriarty, senior vice president and Commercial Team leader.