Physicians Get Back to Work After HCPA Bankruptcy

Dan Moen understands that the closing of Hampden County Physician Associates (HCPA) is a big story in the region, but it’s just a part of a much larger story going forward.

“Physicians are concerned their reimbursement has been reduced by payers over a period of time, and their overhead, the cost of keeping up with all the administrative complexities, is also going up,” said Moen, president and CEO of the Sisters of Providence Health System (SPHS).

In short, he added, “I think physicians, to some degree, are feeling squeezed — not to say there aren’t some very successful physician groups out there, but in general, physicians are feeling they need to be part of a bigger entity, one that might have the resources to help them bridge that gap.”

That’s why Moen believes taking on 19 doctors from four former HCPA practices, in the wake of the physician group’s bankruptcy filing and closure late last month, is a win-win for both the doctors involved and SPHS itself.

“We had a long, positive working relationship with Hampden County,” Moen said of the now-disbanded physician network. “When we heard from them that they were concerned about their future, we said, ‘this is too important to this community to let it just go away.’”

Thus, a month-long effort commenced to bring the doctors, plus two physician assistants and six nurse practitioners, into the SPHS-owned Mercy Medical Group, headquartered on the Mercy Medical Center campus in Springfield. Three business days after the bankruptcy proceedings forced all HCPA offices to close, the four practices that joined Mercy were back online in the same locations, in Springfield, East Longmeadow, Ludlow, and Feeding Hills. 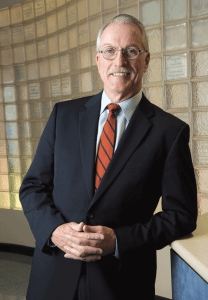 Dan Moen, president and CEO of the Sisters of Providence Health System

“Everyone was professional through the whole situation,” Moen said, “and the end result is that the patients get to see their physicians, and none of that continuity was interrupted.”

Similar negotiations ensued throughout October at Noble Hospital, which decided to take two HCPA practices into the Noble Medical Group. Two physicians who practiced in Westfield have moved to the Noble campus in the city, while five based in Southwick, along with a physician assistant and a nurse practitioner, will remain in their existing office.

“The decision was made for us,” said Noble President and CEO Ronald Bryant, speaking not literally, but in terms of the importance of physician access in his community. “Hampden County Physician Associates, by their dissolving, left a void in our market for primary-care physicians. Southwick and Westfield were already in our market, so not only was picking them up the right thing to do for our community and our patients, but it’s also the right thing for the physicians and staff, who will remain in the community for their patients.”

Other pieces on the board shifted as well. The Southampton Road office in Westfield, abandoned by the doctors who moved to Noble, was taken over by Mercy and will reopen in the spring, offering specialties including wound care, cardiology, hyperbaric therapy, and vascular medicine.

Meanwhile, allergists who had been part of Hampden County Physician Associates established their own practice, Allergy and Immunology Associates of New England, on the campus of Baystate Medical Center in Springfield. HCPA doctors who had practiced in nursing homes have also launched their own practice, Pioneer Continuing Care Providers. Finally, pediatrician and internal-medicine specialist Dr. Naomi Rosenberg has started her own practice.

Dr. Scott Wolf, senior vice president of Medical Affairs and chief medical officer at Mercy, said SPHS acquired the assets and equipment of the four practices as part of negotiations with HCPA. “Our primary goal from the outset was making sure nothing would change for patients, their relationships with their physicians would remain intact, and physicians would eventually welcome new patients into these practices.”

In its initial bankruptcy petition on Sept. 29, HCPA claimed it had lost doctors and was unable to recruit replacements. At the time, the physician group claimed $3.3 million in assets and $5.4 million in liabilities, while gross income across its network of practices had fallen from $39 million in 2013 to $25 million through the first nine months of 2014.

“There’s still a huge shortage of primary-care physicians in the area; we know that,” Moen told BusinessWest. “We’re seeing a lot of this happening these days across the country, where physicians are aligning themselves more closely with hospitals and health systems.”

The reasons have much to do with economies of scale and access to a fuller range of resources, he continued.

“Instead of working on their own, this gives them a bigger entity to work with. For example, we’ve got an IT team here at Sisters of Providence. That’s an automatic savings; they probably had to spend some dollars with an outside vendor and consultant, while we can do it inside. 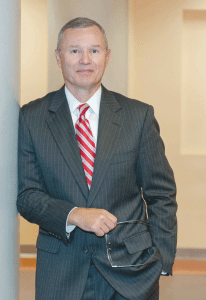 “Another thing is, we’re part of the second-largest nonprofit healthcare system in the country,” Moen added, referring to Catholic Health East. “Because of the size and scope of the system we’re part of, we’re able to drive down their malpractice costs — something even a 20- to 30-physician practice wouldn’t be able to do.”

Wolf agreed that physicians will enhance their current practices by being part of a medical system. “They can coordinate care and leverage the infrastructure we have as a comprehensive health system, which will help us achieve the goal of overall population health, and will keep patients in their primary-care environment, where care should be delivered.”

He noted that a hospital with Mercy’s community demographics should average about 50,000 emergency-room visits per year, but the hospital actually averages about 80,000, partly due to a shortage of primary care. It’s also important for physicians to be more closely aligned with hospitals in this era of accountable care, a model that requires close coordination among hospitals, doctors, and other medical professionals.

“We’re moving away from fee-for-service,” Moen said. “People are starting to move toward risk-based contracts, flat-rate contacts, where the incentive is going to be for physicians and hospitals and other providers, like home care, to work even more closely together and be available to move patients along a continuum of care in the best possible fashion — to keep people well and out in the community. So it makes sense for physiciants to be more involved with hospitals in this care.”

Though most of the HCPA practices continued operations within a few days of the Oct. 31 shutdown, the group’s West Springfield office was shuttered, and doctors who worked there transferred to Mercy or the Feeding Hills practice. Meanwhile, the group’s urgent-care center in East Longmeadow was closed for the time being, its fate currently undecided.

Overall, though, Moen praised the transition that brought 19 new doctors into the Mercy Medical Group with minimal shutdown.

“We knew we’d keep this going,” he said. “It’s a great group of physicians and practitioners, and we never thought we wouldn’t make this move in some form or fashion.

“It’s just too disruptive for patients not to have their appointments,” he continued. “Simple thing like prescription renewals are so important. People booked these appointments months ago; it’s not like there are lots of openings in the schedule going forward. So we didn’t want more than a day or two of those schedules being interrupted. This is a talented group, in spite of the financial challenges, and we’re happy to have all of them get back to work doing what they love to do, which is taking care of patients.”

There were practical considerations for Mercy, too. “We knew we couldn’t afford to have this big gap in service for patients. We didn’t want them to look elsewhere for care. So this has been a success, from my point of view.”

Both SPHS and Noble stressed that patients would experience no insurance changes in the ownership transition. In fact, Wolf said, in some instances coverage will be expanded because of services provided under the Sisters of Providence umbrella.

Meanwhile, the system has been busy contacting some 60,000 patients to let them know how to find and contact their providers, and has set up a ‘coordinated care center’ telephone line to help patients navigate the changes. “This will be a transparent and seamless transition for patients as they maintain access to their physicians and other providers,” Moen said.

Wolf agreed. “All appointments are going off as scheduled, all practice sites up and running, our waiting rooms busy, and the physicians are busy seeing patients.”

Bryant reported an equally smooth transition of care, and said his biggest concern was making sure residents of Westfield, Southwick, and the environs were able to continue accessing the services they need.

“From our standpoint, the more important thing is that we’re here to provide care for the community,” he said. “These doctors were already located here in our market, so it’s a natural transition to join the hospital. There was minimal downtime and minimal glitches in the transition. They’re seeing a full schedule of patients.”

Eyes on the Future

Wolf noted that the 19 physicians who joined Mercy Medical Group already practiced at Mercy Medical Center, so their practices were never impacted that much. But their affiliation with the medical group helps Mercy build a foundation of primary care — a larger footprint, so to speak — and boosts its profile in recruiting efforts.

“This truly gives us an opportunity to recruit additional primary-care physicians in an area where they’re so desperately needed,” he said. “I think, with the reputation of the Sisters of Providence and Mercy Medical Center, it gives physicians comfort to be part of a bigger system and have access to the resources of that larger system.”

Moen agreed. “This gives us a base to recruit additional physicians. Having an established group, one that has a relationship with a strong hospital — that’s the kind of opportunity primary-care physicians are looking for, and we hope to be able to alleviate the primary-care shortage for the community.”

Doubling its primary-care pool from seven to 14 certainly won’t hurt Noble’s efforts, Bryant said, but “we did a pretty good job recruiting to begin with. What this allows us to do is enhance patient services. It makes it easier for them when they access our healthcare system; we’re able to provide a continuity of care, from primary care to specialist to the hospital, that might not have been present before. So I think it enhances the customer experience more than anything.”

In other words, the doctor is still in.

Something to Pay Attention To