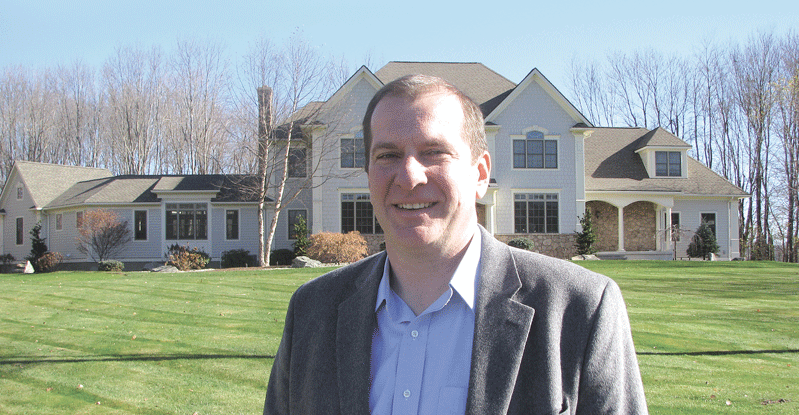 Rick McCullough learned plenty of lessons from his father, who launched what is now a second-generation home-construction business 60 years ago — among them hard work, integrity, and an emphasis on personal relationships. It’s that hands-on quality of his work that McCullough counts among the most enjoyable aspects of his job — not to mention an economy that has shed some lean years and is roaring with new life as families once again invest in high-end, custom homes.

Richard McCullough runs a successful home-building company, but he still refers to it as “my dad’s business.”

That’s because he grew up around R.A. McCullough Inc. — the construction firm launched by his father during the 1950s — and, along the way, picked up plenty of inspiration and lessons for his future career as the second-generation president of this Longmeadow-based family business.

“He first sold houses for other builders as a Realtor, and as he looked at what people were building, he said, ‘I can do this, and I can do it better,’” McCullough told BusinessWest. “So he purchased some raw pieces of land and developed them, and just built the company from there over the decades.”

After he graduated from college in 1995, he went into his father’s business full-time.

“Before that, I was out in the field, doing the grunt work, but after college, I graduated to the office,” he said — a decision that wasn’t always set in stone. “My dad was this amazing businessman, builder, and developer, but I didn’t seriously consider it until I got older. During my college years, I began to see [construction] as a natural fit for me.”

As one of the region’s most prominent builders of high-end and custom residences — typically 3,000 square feet and up — McCullough says he enjoys the hands-on aspect of dealing with clients and helping them turn their design visions into reality.

“I love helping them make decisions around building custom homes,” he said. “And I find there’s less miscommunication when I’m hands-on. I don’t get that phone call saying, ‘so-and-so didn’t call me back; what’s going on?’ There are fewer surprises that way. But I really do enjoy every aspect of this business, everything that’s involved in building homes, from the design through the end result.”

For this issue’s focus on luxury living, McCullough talks with BusinessWest about the changing nature of what a custom home is — and why he enjoys keeping up with those changes.

Beyond the Floor Plan

Make no mistake, he explained — ‘custom’ has meant different things over the decades.

“For example, in the ’80s, bigger was better, and customizing didn’t mean quite what it does nowadays. Back in the ’70s and ’80s, there wasn’t a whole lot of custom millwork, for example, unless it was in the ultra-high end. People today are less concerned about size and more about quality, what goes into it, the finishes.”

Today’s home buyers seem more educated and sure of the touches they desire in a home. As he walked along Bridle Path Ridge in Somers, Conn., a small development of high-end homes his company developed, he explained that, while the exteriors reflect a consistent — but not copycat — look, the interiors are very different, based on their buyers’ preferences.

“The houses’ architecture matches — you can tell it’s the same builder — but they’re very different from each other,” he said. “I love the challenge of creating something different. Sometimes they’ll see a house next door to where they want one built, and they’ll say, ‘that’s what I want.’ Well, we can do that floor layout, but let’s do something unique and something that won’t be a carbon copy of your neighbor.”

Those differences encompass everything from materials to finishes to subtle stylistic changes. “We can mix it up a little bit without going crazy — we’re not going to build a contemporary next to a colonial. It’s a different flavor while staying in the same realm of style.”

As for interior layout, customization today is largely a reflection of the family’s lifestyle.

“It’s really about customizing to an owner’s needs,” he said. “Where is the focus? It’s normally still through the kitchen, through the family room, areas where you spend the vast majority of the time, for ease of entertaining. Or you might want areas for a child to be close to the main part of the house, but have their own separate area.”

Home buyers are always going to focus on price — a home is likely their biggest investment — but McCullough said square footage doesn’t tell the whole story.

“Plenty of people say, ‘what’s the price per square foot,’ but what’s in the house? People think going from 3,500 to 2,500 square feet translates very easily from a cost-per-square-foot standpoint, but if you’re spending, say, 175 per square foot on a 3,500-square-foot home and you want to go to a smaller footprint, you’ll probably have the same size kitchen, same number of bathrooms, same finishes — so you’re going to spend more money per square foot.”

Particularly in the high-end housing market, he added, it’s important to keep an eye on a home’s future marketability. “You say you want only three bedrooms. Well, at least leave space to have a fourth bedroom — over the garage, unfinished. Marketability-wise, that adds a little value for the next person who’s going to buy it down the road.”

Priorities have shifted somewhat for homeowners in the realm of energy efficiency, McCullough said, noting that airtight construction and energy options like geothermal heating are becoming more popular.

He also noted that technology has impacted the features that high-end homebuyers are looking for today — and not just in the realm of home entertainment.

“People want things to be automated now; they want their lighting systems working off their smartphones. Controlling your heating and cooling from outside your home — that’s a relatively new thing in our industry, and you can’t underestimate that part of the business and how much that will grow.”

Bridle Path Ridge in Somers, Conn. is one of McCullough’s recent developments of high-end, custom homes.

That goes for retrofitting existing homes as well, he added, a process made easier these days by the emergence of wireless technology.

“Cable companies are offering security systems — 20 years ago, you wouldn’t have guessed that would be happening. We have complete home automation … lights, thermostat, cameras you can view on a smartphone,” he went on. “There are so many apps, so many security systems. And it’s evolving so fast. Once you get these systems installed, things will change even more. It happens quickly.”

With the homebuilding industry on the upswing, McCullough is happy the recession years are well behind.

“That was an incredible challenge, and something that definitely left a mark on every developer, builder, and remodeler. Some fared better than others, but it was a rough recession,” he said, adding that it was difficult to tell when the tough times would end, challenging developers who wanted to time their investments.

“If a developer saved money throughout the recession, they might have been able to pick up properties, be opportunistic as they prepared for a turnaround, but the turnaround took longer than we thought. Developers were thinking, ‘we’ll have another year or two of this,’ but it lasted a little longer,” he explained. “There’s no book to go to on how to play it. It changed our industry somewhat, and hopefully we don’t forget the lessons of what we went through.”

As a recent past president of the Home Builders & Remodelers Assoc. of Western Mass. — an organization that advocates for contractors on the legislative level and educates consumers about companies and services — McCullough was in regular contact with builders during the extended downturn and came away impressed by their resilience.

“Everyone kept their heads up, even though it was obviously tough,” he said. “It’s a tough industry. We all know it. But our membership has significantly increased recently, which tells you where the economy is.”

The word he chose to describe the current mood? “Euphoric.”

“The market hasn’t fully recovered; we may not reach the level of the early to mid-2000s, when things were flying. But it was so bad for so long, and everything is good right now, in my mind — everything from existing home sales to remodeling to new construction.”

That’s partly because many potential buyers were just waiting out the storm but never ditched their plans for a new residence.

“A lot of people doing that work now had the money to do it, but had a lot of uncertainty — ‘will I get my investment back if I spend a premium on a major remodel or a new home?’ You don’t do that unless you have some view of the future that’s positive. It’s been great getting back into the swing of things after so long a downturn.”

The year has been so positive for the industry, in fact, that even the cold months will be productive in many corners.

“I normally see the vendors and the subcontractors I work with go into seasonal adjustments, down periods heading into winter,” McCullough said. “But people are staying busy through the holidays. Not everyone believes contractors work through the holidays because of the frozen ground, and they wonder whether that’s a good time to have something done. But it’s busier now than it’s been in years.”

McCullough’s father continued to work in real estate in the ’70s, at a good-sized brokerage firm called McCullough & Taft Realty — a tradition the junior McCullough continues today as a real-estate agent at Keller Williams Realty in Longmeadow.

“I’ve been a real-estate agent, where I’m helping a client negotiate with a builder, and I look over the specifics of the contract. It’s an interesting perspective, being more on the outside.”

But there’s something special about being on the construction side.

“I love being hands-on and engaged in every aspect of the project; that’s something I enjoy,” he said, noting that, even though the company has fluctuated in size over the years, he’s always stayed closely involved in projects — an emphasis on relationships he learned from his father.

“My dad was so honest and straightforward,” McCullough said. “I’ve told people he was no rocket scientist, but he worked hard, and his integrity was at the forefront of everything he did. And that’s the way I choose to follow. In the old days, everything was done on a handshake, and it’s nice to feel like we can do that in certain circumstances.”

That’s why he tells people R.A. McCullough is his father’s business. 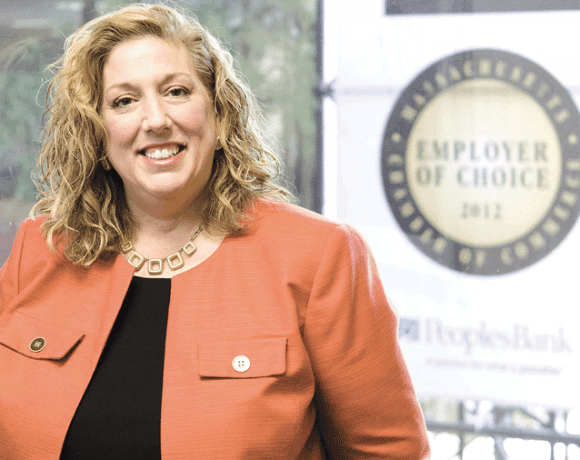