Museums10 Prepares a Celebration of the Art of the Book

Artwork created with or inspired by books of all types, which will be on display as part of BookMarks.

Last year, residents and visitors to the Pioneer Valley alike were asked to take a virtual tour of another destination through Museum10’s inaugural, cross-promotional arts and culture endeavor, GoDutch!.

This year, however, Museums10 has closed the book on Dutch culture, and opened a new volume on the written word, and how it has been historically celebrated right here at home. Museums10, a partnership of 10 museums in the upper Pioneer Valley, has announced its second cross-cultural initiative, titled BookMarks: A Celebration of the Art of the Book.

The program follows the success of GoDutch!, which explored the art and literature of the Dutch culture past and present. BookMarks will be the largest Museums10 event of the year, geared toward its mission of using the region’s museums and cultural attractions as magnets for cultural tourism and, ultimately, economic vitality in Western Mass.

According to Tony Maroulis, project coordinator for Museums10, the goal for GoDutch! was to increase attendance at the participating museums by 5%. Instead, the event boosted visitation by 15% across the board, and in some venues by as much as 40%.

This year, the group will be building on that success, and also taking BookMarks in a few different directions, aimed at further increasing visitation to its participating museums and marketing the various attractions within the Valley.

“GoDutch! was a success on many levels, we really did well,” said Maroulis. “The drawback was that the season was really long – it ran from January to the end of August, and that’s a really long time to sustain momentum.”

With that in mind, BookMarks has been planned to run for a shorter period —from September 2007 to January 2008 – a stretch that coincides with the Pioneer Valley’s busiest season for tourism.

In addition, targeted weekends have been created this year, to keep interest and public knowledge of BookMarks programs from waning: Art of the Book Weekend will kick off the initiative, from Sept. 20 to 23, and will be followed by Books Out Loud, from Oct. 12 to 14.

Two weekend programs are still in the planning stages, he said, adding that one will explore the effect technology has had on books and literature, while the other will be a science fiction weekend, planned to coincide with Halloween.

“The weekends looking at different topics differ from our schedule last year,” said Maroulis. “BookMarks already includes quite a few programs — it’s packed, and the weekends help to point out the various options to people.”

And similar to last year’s endeavor, several free-standing programs have also been scheduled throughout the fall and winter months at the museums and at area businesses, which speaks to the cross-collaborative goals of Museums10 and of BookMarks.

“This is where we start to meet our mandates in promoting the region,” said Maroulis. “By involving the business community in cross-promotional events, we’re getting people into the museums, but also the stores, restaurants, and hotels.”

According to some data collected during last year’s GoDutch!, Museums10 has had some success in this arena, as well.

Maroulis said the organization recorded about 105,000 visitors to GoDutch! exhibits and programs. Of the visitors surveyed, 60% reported that they were also patronizing stores and restaurants during their visits, and a whopping 40% said they stayed overnight in the Valley – a percentage that was higher than expected, and certainly welcomed.

“There was real economic impact, and that’s exactly what we wanted to hear,” he said, adding that, while applying for a grant for BookMarks from the Massachusetts Cultural Council (the group received $75,000 toward the program), Museums10 estimated a $10 million boost to the local economy during GoDutch!.

“We’ve done a lot more this year, talking with businesses and giving them ideas, not just saying ‘come up with something,’” he said, noting that readings by authors and poets has been one area in which businesses have shown early interest.

To date, businesses such as the Odyssey Bookshop in South Hadley, Thornes Marketplace in Northampton, and Amherst Cinema, which is mulling a mini-film festival inspired by literature, have expressed interest in partnering with Museums10 to create events.

In addition, the organization is actively seeking corporate sponsors, and has already begun preliminary talks with Veridian Village in Amherst, a community geared toward Baby Boomers, and media sponsors WGBY in Springfield, Preview magazine of Easthampton, and WFCR in Amherst.

Maroulis said he hopes to see even more interest as BookMarks’ launch date nears, in part due to the theme Museums10 chose for its second foray into a multi-organization, cross-promotional, regional event.

“It is really unique for us to cross-promote,” he said. “this is something where people can piggyback on our initiative to add value to their events, and if they’re putting our name and our logo in their own materials, it’s just as valuable to us. Everyone wins, and there are very few scenarios like that.”

Maroulis added that BookMarks evolved from a desire to offer a program that leaned more heavily on the Valley’s exisiting merits.

He explained that curators who work within the museums initially introduced the idea of celebrating the art of the book, as well as the role books and literature have played in history and how that role has changed in recent years. They were looking for a truer, more organic, museum-centric theme, and added that unlike GoDutch!, which brought the art and culture of a completely different region to Western Mass., BookMarks is a perfect fit for the Valley, drawing on its long, literary history.

“This is a theme that makes sense for the Valley,” said Maroulis. “We have such a rich tradition of literature and art — that’s what the Valley is about.”

BookMarks will present programs or exhibits at all of Museums10’s venues, which include seven college museums, all located on the ‘Five College’ campuses in Amherst, Northampton, and South Hadley: The University Gallery at UMass, Amherst; the Mead Art Museum; the Emily Dickinson Museum and Homestead; the Museum of Natural History at Amherst College; the Hampshire College Art Gallery; the Smith College Museum of Art, and the Mount Holyoke College Art Museum. Two independent Amherst museums – the Eric Carle Museum of Picture Book Art and the National Yiddish Book Center – and Historic Deerfield complete the group. Maroulis said seven museum exhibitions will serve as the anchors for BookMarks:

To promote those wide-ranging events cohesively, Maroulis said Museums10 called on Barry Moser, who has lent his illustrative talents to more than 250 books, to create a logo for the event.

“We had a logo for GoDutch! last year that was cute, and people really liked it,” he said, “but I think they had a hard time making the connection between GoDutch! and Museums10.”

This year, the group has taken that into account, he said, noting that effective branding is key to the success of all cross-promotional events sponsored by Museums10, because of the wide range of activities and venues.

Stepping up to the Plate

“This year, we made sure to have Museums10 in the logo, to tell people who and what we are,” he said. “Another goal of ours is to really create a true sense of brand awareness.”

“Along with that, we’d of course love some brand loyalty – in other words, repeat visitorship.”

In keeping with that goal, Museums10 has already begun mulling 2009’s cross-promotional offering, hoping to take yet another tack and focus on gastronomy – and all things edible.

With a European country and a major mode of communication under their belts, Maroulis expects that this upcoming chapter in Museums10’s legacy will be a piece of cake — or at least include one. 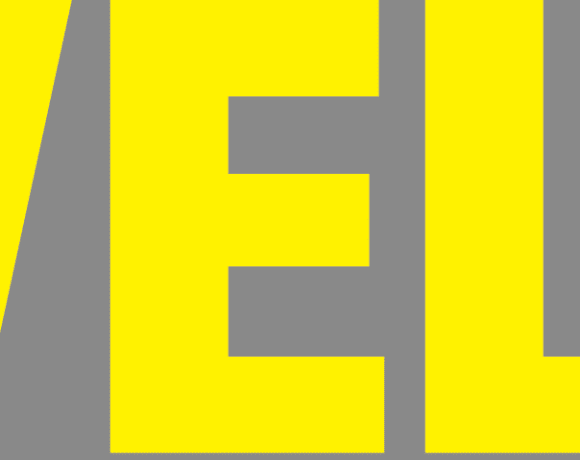