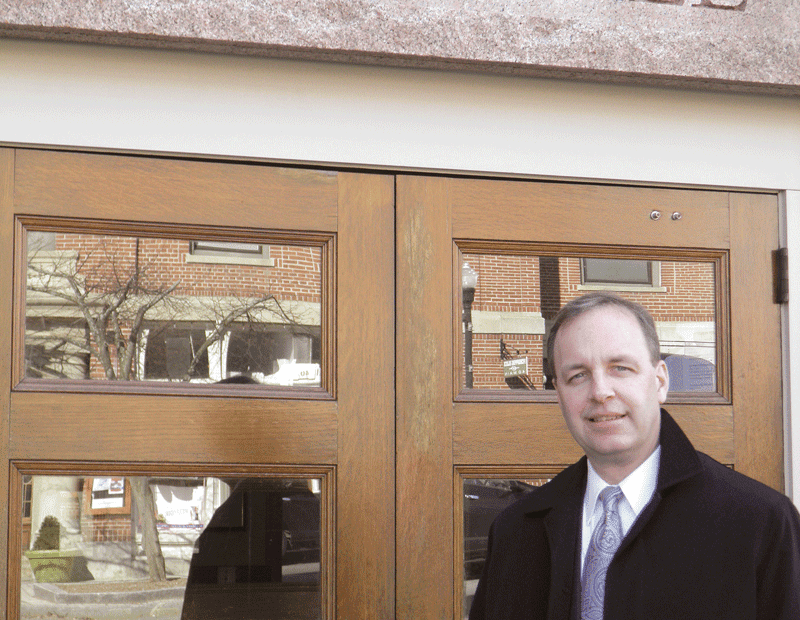 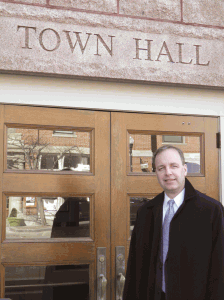 John Musante says converting an old landfill into a solar-energy project transforms a brownfield liability into an asset for the town.

John Musante is excited about Amherst’s newest ‘green’ initiative.
It involves converting an old landfill into a solar electric-generating facility, which will provide enough power to run every municipal building in town, including the community’s schools, water and wastewater treatment plants, and even its street lights.
Part of the reason the town manager is so enthusiastic is that, three years ago, this wasn’t a viable option due to prohibitive costs. The idea for the project was developed in coordination with Department of Public Works Director Guilford Mooring, but initially didn’t work out.
“In 2008, we put out requests for proposals for the project, but we decided not to award the contract,” Musante said. “At that time, the cost of producing solar power was very expensive to the end user.”
But today, that cost has been reduced, thanks to advances in the industry and government credits designed to fuel the development of renewable energy.
Musante said the old landfill, which is on Route 9 and soon will be covered with rows of gleaming solar panels, has sat empty for 20 years. Using it as the site of a clean, renewable solar-photovoltaic system falls in line with the town and Select Board’s goal to increase the town’s production of renewable energy.
“We saw the landfill as a potential opportunity to transform a brownfield liability into an asset,” said Musante. “It was a trash dump and has been unused open space that we have had to monitor for environmental compliance. There was some talk about using it for recreation years ago, but it never panned out.
“And since the options for re-use were limited, we are really excited about this,” he continued. “In addition to being an environmental winner for the town and region, it is also a major economic incentive, because the taxes generated will be hundreds of thousands of dollars per year over the life of the system. Plus, it helps position the town as a leader in renewable energy.”
The project is also in step with efforts being made at UMass Amherst. “They are a major research university, so having the town of Amherst become a leader in the development of a renewable energy and research application complements their efforts,” Musante said.
BlueWave Capital, LLC of Boston has been selected to develop the facility. It will lease the land and get the benefit of the tax credit. The next steps in the process include the negotiation of a long-term power-purchase agreement between the town, Blue Wave, and Smart Energy Capital, which will fund the project through its solar-financing partnership with Duke Energy Systems and Intergrys Energy Group, which are two of the nation’s largest utility companies. Other details include creating an interconnection agreement with Western Mass. Electric Co. and obtaining state and local environmental permits.
But the project is well on its way to fruition.
“It’s the real deal. This is not a small demonstration project, and we are hoping it will generate at least 4.75 megawatts of electricity,” Musante said. “To go from fossil fuel to having everything fueled by renewable energy is a major leap forward environmentally. We could save as much as $25 million or more over the next 30 years, and we are eliminating the risk associated with volatile and unpredictable future energy prices.”

Lighting the Way
John DeVillars, a managing partner at Blue Wave Capital, told BusinessWest that the towns of Adams, Athol, Taunton, and New Bedford are doing similar projects. “But I can’t think of a better community in the Commonweath than Amherst to partner with to achieve both the financial and environmental benefits of solar power,” he said.
“Amherst has progressive leaders at all levels of society — in businesses, colleges, community organizations, and other institutions,” he continued. “We are very optimistic about forging a partnership with many of these leaders to reduce their electricity cost and environmental impact and establishing a national model for community-wide solar development and use.”
DeVillars formed his company in 2005, and has extensive knowledge in the field. He is the former state Secretary of the Environment and New England administrator of the U.S. Environmental Protection Agency, and also has experience in renewable energy and the redevelopment of brownfields.
His company calls its plan the Blue Wave Model. “It’s a new approach which is focused on community and economic development, while enhancing the town or city’s economic competitiveness and capacity to reduce its carbon footprint,” he said.
DeVillars added that, since the projects are financed through a third party, there is no upfront capital cost for the municipal government or for commercial and residential customers. “BlueWave and its financing partners provide all of the necessary capital and own and operate the solar systems,” he explained. “We sell the electricity back to the city, town, or customer at a cost substantially below other electric costs.”
One part of the program that creates added value is that it provides schools with curriculum tools for use in their classrooms that correlate to the project. They also set up special monitors inside schools, which allow students to see what is happening in terms of energy creation.
“Part of our commitment is to enhance educational programming. By having real-time monitors in the schools, students can see just how much energy the solar panels are creating and using in terms of carbon emissions and energy costs. It’s an interactive system,” DeVillars explained.
Musante provided an example of what the educational program will teach students. “Reducing Amherst’s carbon emissions by more than 6,000 tons per year is the equivalent of removing 1,200 cars from the road,” he said, adding that the educational component was one of the reasons the town selected Blue Wave.
Another benefit is that the project will create work for local companies. Tighe and Bond Inc. of Westfield is part of the Amherst team, which includes Alteris Renewables, New England’s largest solar installer, and TRC Companies Inc. of Lowell, which will lead the project’s engineering efforts.
DeVillars said Blue Wave hires local contractors whenever possible. “We are offering an integrated program and a key part of the mission is local economic and community development,” he said.
The project will also benefit the town’s home and business owners. “The curriculum and real-time monitoring in schools are only the tip of the iceberg,” Musante said. “Blue Wave also has some applications that will increase the use of solar panels in the town’s private and residential sectors. So there is lots of opportunity down the road for expanding solar installations throughout Amherst. We want to be on the cutting edge of that while growing our tax base at the same time.”
This summer or early next fall, Blue Wave will work to identify commercial and residential properties in Amherst where solar energy panels can be installed. “We will offer them the same deal that the town receives, but on a residential level,” DeVillars explained. “We are taking the concept and, in partnership with the city, will reach out to others with the same benefits — third-party financing and no money down.”
The selection process will be based on a number of criteria. But everyone who takes part will benefit. “It’s a giant partnership. But this is the future of our world. So that’s why we are excited as a town.
“We want to be a regional and national leader in renewable energy,” he continued, “and are doing our best to be a leader in saving the planet.” 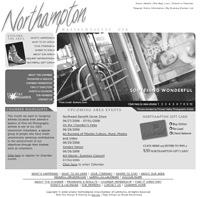