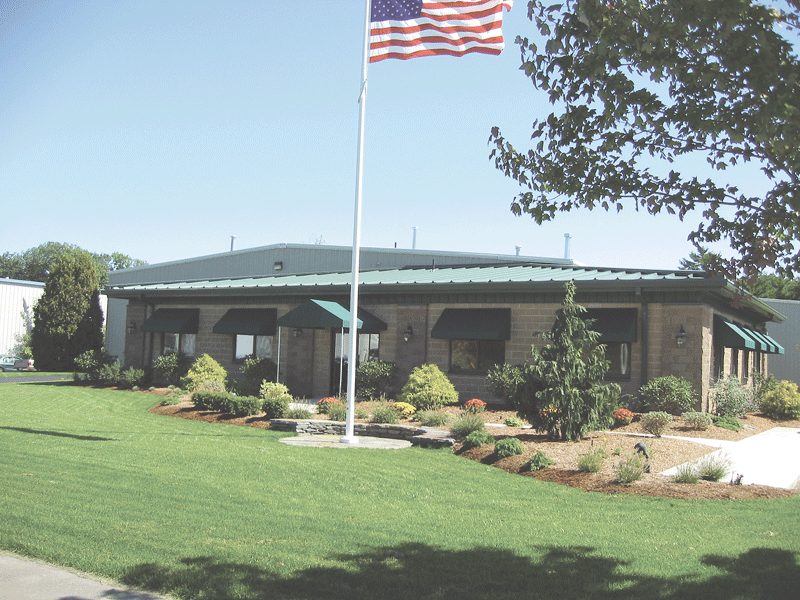 Pioneer Landscapes Strives to Be a One-stop Resource 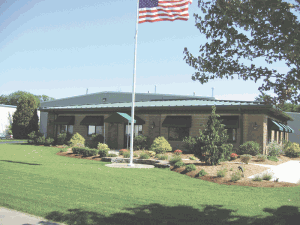 Brian Campedelli once wanted to clear the landscape of crime. Life had another plans.
He originally aspired to become a state trooper, but then his brother suffered a serious car accident and wound up in a coma for six days, followed by weeks of rehabilitation. The experience gave Campedelli a new perspective.
“My brother was into landscaping; we have a family background in it,” he said. “I asked him what he wanted to do with the rest of his life, and landscaping was it.” So Campedelli decided he would rather do something with his brother than become a trooper, and he enrolled in the landscape contracting program at Stockbridge School of Agriculture. Pioneer Landscapes was born soon after, in 1989.
“We started out as a general maintenance company, and we built it into what we have today, with multiple divisions,” he said. In fact, in the early 1990s, still enrolled at Stockbridge, Campedelli kept his business afloat by working as a co-op student at Mountain View Landscapes in Chicopee, and heading off to his own jobs after work. Sometimes, he would work late into the evening, illuminated only by his truck headlights.
Campedelli, who initially ran the operation from a 240-square-foot garage in Easthampton, hired his first employee in 1992 and moved Pioneer to its current 2,000-square-foot space on Industrial Way in 2000.
From its origins tackling basic residential tasks such as seasonal cleaning, mowing, mulching, planting flower beds, and small construction, the company — now employing about 30 people — has a much more extensive menu.
“We have construction crews for hardscapes, custom outdoor areas and kitchens, and commercial installation; an irrigation division doing installation and maintanance of irrigation systems; and a fertilization division for anything from the smallest residences to school athletic fields,” he explained, not to mention driveway paving, cabana and shed construction, and, of course, a wide range of residential and commercial lawn care. “If it’s outside, we do it.”

Seeds of Success
Campedelli was buoyed by his early success. “The first 10 years, business doubled every year in gross volume, then we leveled out a bit,” he said, adding that business was starting to accelerate again a few years ago when the Great Recession hit, and “contracting came to a screeching halt. Usually we’re going from one job to the next, but we had an eight-month period with nothing.
“But this year, we’ve got a couple of nice jobs going,” he continued, citing the Center at Lenox shopping plaza and Butternut Farm, a residential complex in Amherst, as two examples. “We’re noticing there’s a lot of new jobs coming down the pike.”
He noted that schools are active in the landscaping market again, which in past recessions has been a reliable harbinger of recovery.
While most of the industry’s pain has been on the commercial side, Campedelli said, residential work hasn’t been as badly affected by the economy, particularly when it comes to higher-income customers. “Rich people are still rich, and those jobs didn’t slow down. We’re still doing some huge residential installs — anything from custom decks to fireplaces and firepits to pergolas and pavilions.”
The past decade has seen an upswing in reinvesting in the home, he said. “We’re trying to make it so that, when you come home, you’re on vacation. That’s definitely a trend.”
While outdoor kitchens and other projects to create indoor-outdoor spaces used to be popular mainly in warmer climates — “in the New England region, it used to be a faux pas to spend that kind of money on a three- or four-month season” — that’s no longer the case, and outdoor fireplaces and firepits, which range from simple to very elaborate, have stretched the warm season to seven months or more for many families.
“You can start as early and quit as late as you can stand,” Campedelli said. “Firepits are really popular; they’re one of the more inexpensive ways to get out and enjoy your yard. We see a lot of built-in grills, too.”
Taken together, these improvements — landscaping, hardscapes, outdoor kitchens and fire features — are meant to give people the feeling of coming home, walking outside, and not feeling like they’re at home, he told BusinessWest.
“There aren’t many words to describe that feeling. No matter what happened at work, whatever kind of day you had, you and your family can go out to this nice area, and it makes you feel like you’re not even in New England,” he continued, noting that one customer told him he feels like he’s having dinner in Hawaii. Another recent client, a well-known business owner in Northampton, told him, “I’ve used my backyard more in the last three weeks than I have in three years.”
That sort of talk gratifies Campedelli, who strives to create such experiences. At a recent trade show, he said he was situated near about 15 other landscapers, all of whom offered brick and block hardscapes, “but what I want to give you is a lifestyle.”

Growth Pattern
At the same time, he’s looking to raise the profile of his company, expanding into a 5,500-square-foot office and storage building on his current property, as well as planning educational events to teach people various aspects of DIY landscaping. He’s also planning fund-raisers for charitable organizations, and donates mulch for annual cleanup efforts in Easthampton.
Campedelli is also committed to work-life balance for his staff. “Our mission is pretty unique,” he said. “I believe in the safety of our employees and family first. A day lost with your kids can never be found again. I’m in a good place right now, and I want them to have the same quality of life I have as I grow my business.”
And whether commercial or residential, he said he wants to be a one-stop source for customers’ landscaping needs, continuing to grow the company by creating more loyal clients.
“We want to be the vendor for all your needs, whether it’s fertilizer, sprinkler systems, parking-lot issues, gazebos and patios, and other enhancements of the property, because the first impression is curb appeal.”
Campedelli told BusinessWest that 2011 began on the right note, with a January for the ages when it comes to snow — and people needing snow removal.
“We were going out every two days,” he said with a laugh. “Now we’re back to normal paychecks, but we really appreciated that month.”
With the spring thaw well underway, Campedelli will soon see if the rest of this year brings as much green promise.