Hoteliers Are Doing Better, But Still Have Reservations 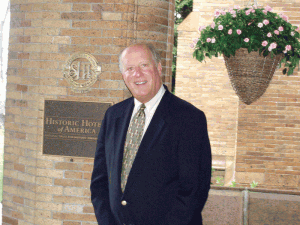 It’s been a rough few years for area hoteliers, who have seen the recession and soaring gas prices take big bites out of both corporate and leisure bookings. But 2010 is off to a decent start, and there is optimism that the upward swing will continue as the sector heads into its busiest seasons.

Lewis Kiesler was talking about how the hotel industry has fared since the economy crashed and how it has affected leisure travel.
“People are making arrangements at the last minute. You can enter a month that looks weak, then have people call up on a Wednesday and say they plan to arrive on Friday. It makes it very difficult to manage things when you don’t have advance bookings,” said Kiesler, president and general manager of the Cranwell Resort, Spa and Golf Course in Lenox.

His sentiments reflect those of other hoteliers across Western Mass., who say it is extremely difficult to predict what the rest of the year will hold. They hope things will improve, because 2009 was fraught with uncertainty as companies cut back on business travel and turned to vehicles such as Webinars in lieu of holding conferences in hotels. To make matters worse, the number of group tours fell, and people stopped booking hotel stays weeks in advance.
“We are seeing more business that is short-term than in the past. We don’t like it, but it’s a reality,” said Paul Picknelly, president of the Sheraton Springfield Monarch Place, who also owns the Hilton Garden Inns in Springfield and Worcester and the Country Inn and Suites in Holyoke.
Connie Foster, director of sales for the Pioneer Valley Hotel Group, which includes the Comfort Inn and Suites in Ludlow and the Hampton Inn and Comfort Inn in Hadley, says that, instead of making reservations two weeks to two months in advance, people are now calling two days to two weeks ahead. Even motorcoach tours, which used to book 18 months out, are booking only three to four months ahead.
“That business has gotten better, but there are fewer tours. People are making sure they have money in their hands before they are confirming trips,” said Foster.
Roughly half of the bus tours scheduled to stay at The Crowne Plaza in Pittsfield last fall cancelled, said General Manager Chuck Burnick. That was especially significant since October is normally a strong month due to the popularity of foliage tours in the Berkshires.
“Last year was the worst year I have seen in the past 10 years,” he told BusinessWest. “It got bad after 9/11, but it only lasted for a few months. This year we are up about 4% in occupancy, which is not great, and we are cautiously optimistic. But it’s really hard to predict the future because of the short booking window.”
Many business conferences were cancelled last year, and hoteliers said it was not unusual to see multiple-day conference schedules changed to single-day events. It didn’t help that most of those who did stick to multi-day conferences cut back on extra bonuses.
“It all comes into play,” Picknelly said. “Corporate clients scaled back in terms of conventions, and attendence was down. They continued to come here, but only had about 80% participation. Some groups cancelled breakfast or held one social hour instead of two.”
Foster has seen the tide of corporate travel ebb over the past three years. “Business travel still hasn’t picked up to where it was in 2007,” she said. “But it is increasing slowly, which is very promising.”
In fact, the EASTEC 2010 conference staged late last month in West Springfield was so successful that hotels in the area sold out. “This year, we were at 100% capacity,” Picknelly said. “We are seeing fewer and fewer cancellations and doing better than we did last year. It is still a little slower than we want it to be, but we are doing well.”

Guarded Measures
Still, it has become critical for hoteliers to maintain a vigilant watch over trends in the industry. They are keeping a close eye on competitors and hoping mainstays such as youth sports, the Big E, the Basketball Hall of Fame enshrinement, and other annual scheduled events, coupled with a pent-up desire on the part of the public to travel, will result in numbers that mirror or exceed those seen in 2009.
But they aren’t banking on anything.
“No one knew what would happen this year,” said Bill Hess, general manager of the Springfield Marriott. “We have stablized, and I think the second half of the year will be better. But if I look at the next six weeks, it’s a little soft. We are looking 90 days out to make sure we are priced properly.”
Kiesler believes there is some pent-up demand for travel and people are starting to feel better about spending. “But the whole thing is fragile because of the world picture,” he said, referring to problems in Europe and elsewhere. “I’m cautiously optimistic and hope it’s not just an aberration.”
In order to stay in the game, some hotels have had to cut their rates. Others refuse to do so, and all report working hard to avoid layoffs so they can continue to deliver services that insure guests have pleasant stays.
“We didn’t reduce rates because we felt it was important not to have a fire sale,” Hess said about the Springfield Marriott. “But we made sure all appropriate discount channels were open and value was there for people who were willing to plan ahead.”
Access to Internet specials and Web sites that allow people to compare rates has also fueled competition. “People have become very savvy. We used to say, ‘this is the rate,’ but now people call and tell us they have found a lower rate somewhere else and ask if we can match it,” Foster said, explaining that some hotels are offering people a low introductory rate, then doubling it for return visits.
“It’s scary, and the general feeling is that, when business is down, you need to lower your rates. But if I did so, I would have to reduce services and take things away, and we are trying not to do that,” she said. “I’m a big fan of value integrity.”
Unfortunately, some operations found they had no choice.
“We had to lower our rates last year to be competitive, but now we are trying to get back to where we were,” Kiesler said about Cranwell. Burnick said the Crowne Plaza reduced its rates slightly last summer, during a time period when they normally would have risen.
Bill Brown also reported a rate reduction. He is the director of sales and marketing for the Welcome Group Inc., which includes the Hampton Inn in West Springfield and the Enfield Crowne Plaza, which the Welcome Group purchased last September. It is undergoing a $1 million renovation and conversion to a Holiday Inn, which should be completed by mid-July.
Brown says he feels 100% more optimistic about business growth than he did last year. “I think people are beginning to have a little more faith in the future and think the worst is behind them,” he said.
But he believes 9/11 and the radical downturn in the economy in 2008 resulted in caution in the corporate and leisure travel populations, and he feels that is unlikely to change. “In the past, people made decisions about where to stay based on location, amenities, or luxury without even blinking an eye,” he said. “Now, people who used to spend $139 for a room are spending $99. So the whole hotel community has had to react.”

Forging Ahead
Although 2009 was difficult, Picknelly said, the Sheraton spent more than $3 million last year renovating its facilities. Improvements included refurbishing guest rooms and meeting spaces, as well as adding a free, state-of-the art business center called the Sheraton Link.
“Our commitment to customer service is paramount, and our customers have been very pleased with our investment,” he said, adding that it resulted in an increase in business.
Picknelly chose not to eliminate sales staff, although other hotel chains did so due to a lack of performance results.
He said the Sheraton has a joint marketing program with Six Flags, and business has increased over the past few weeks, which he attributes in part to fuel prices. “When gas approached $4 a gallon, it changed people’s travel plans,” he said. “Fuel has stabilized, which is a positive thing for us, because it’s no longer a concern for the average family. I think stay-cations are behind us now.”
The Basketball Hall of Fame moved its enshrinement ceremonies to August this year, which should help. They are usually staged after Labor Day, and Picknelly and other hotel owners are hopeful that families will be able to enjoy it this summer and extend their stays to visit area attactions. “We are pleased that they changed it to August,” he said. “It’s much more family-friendly and should result in an increase for restaurants and hotels.”
Hess is also hopeful about the second half of 2010. “The social segment of our business has been consistent. People are still getting married and having bar and bat mitzvahs and retirement parties. I think that will help offset the corporate decline and will allow us to finish close to last year,” he said. “Youth sports are still strong as teams have to travel to compete, and there are events coming up in the fall such as the Big E and the Tip Off Classic at Thanksgiving.”
Foster expects her group’s numbers to be up 2% to 3% percent over last year. “If they get up to 4% or 5%, I’ll be ecstatic,” she said.
Although 2009 was difficult, and the first quarter of this year was somewhat stagnant, Brown said his group’s numbers are running parallel to last year when they ranked second in occupancy rate among local competitors. “A lot is due to the economic climate, but the Hampton Inn in West Springfield was one of the market leaders in our competitive set. That means we did a very good job with our market strategies,” he said.
“Our business revenues are still behind 2009, but from April to June we saw some significant rebound, which is a good indication. We also got more inquiries in the second quarter, although the corporate market is still cautious about how they want to spend their dollars.”
He echoed Picknelly, saying a key ingredient to growth will revolve around the type of season that Six Flags, the Basketball Hall of Fame, and the Big E have.
“If these premier attractions generate more activity than in the past, it will be a clear sign that people are traveling — that the leisure traveler is back on the road again,” he said. “Everyone came into the first quarter hesitant, but the winter months are typically slow in Western Mass.”
Hotels in the Berkshires also have their eye on the future. Kiesler says advance bookings for July and August are ahead of last year in both the business and leisure arenas. “We survived 2009, and over the last few months we have seen a significant increase over last year’s bookings,” he said. “Tanglewood is reporting their advance sales are ahead of last year, which is a huge draw for business in the Berkshires.
“Everyone in the U.S. who is in the hospitality business has gone through a rough time, but things are coming back,” he continued. “It’s only June, and we have already exceeded our budget for groups for the year. The lead time is short, but we are cautiously optimistic that, if we see last-minute bookings, we will be in pretty good shape.” 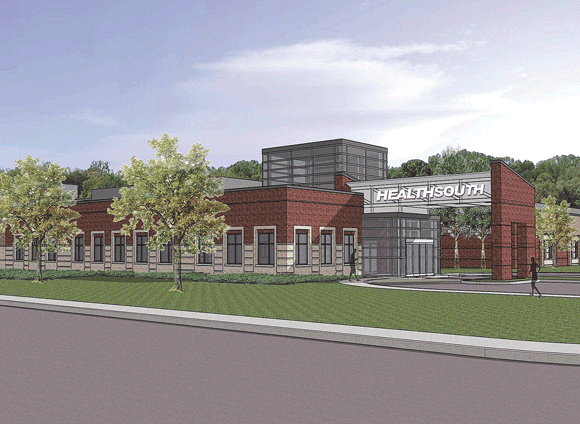