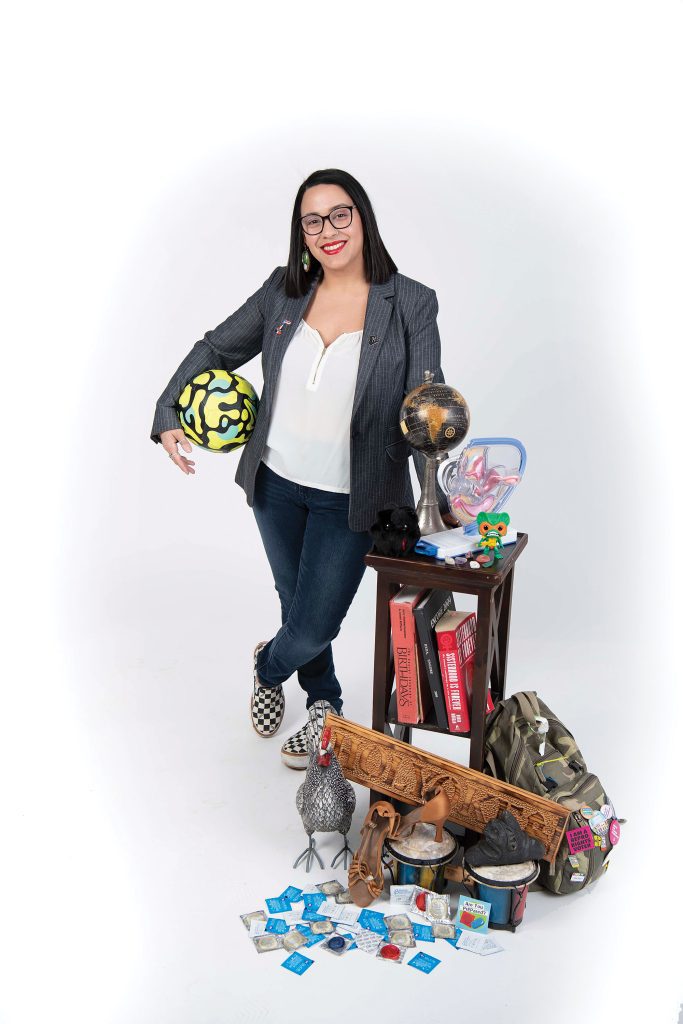 Sasha Jiménez has performed plenty of jobs in her life — gas-station cashier, summer-programs facilitator, teacher of English and science, just to name a few — but her current role may be closest to her heart.

As the Community Outreach manager for Planned Parenthood League of Massachusetts, Jiménez provides resources to organizations across the Commonwealth and connects them to referral partners. She also gives presentations at schools and other venues and is the team lead for the organization’s HIV-prevention plan.

Her interest in this area was sparked as a freshman at Pioneer Valley Performing Arts Charter Public School. “I was exposed to such a broad range of topics, one of them being sexual reproductive health — not just the disparities that existed, but also the atrocities done to Puerto Rican women and Nicaraguan women, and how important sexual reproductive health is to marginalized communities,” she explained. “I’ve been passionate about it ever since.”

Even while teaching at Putnam Vocational Technical Academy, she’d bring in Tapestry to give workshops on consent, and coordinated a donation drive to make menstrual products available and easily accessible at area high schools and homeless shelters.

Her daughter has been another source of her passion. “I’m trying to build a place where she can access something as basic as menstrual products or birth control or a Pap smear or chest exam. Part of my profession is making sure this work continues — not only for my daughter, but so all women have access to sexual reproductive health.”

Active in the community, Jiménez was instrumental in the passing of the Paris Agreement Declaration 4.0, signed by Mayor Domenic Sarno, designating Springfield as a Fast Track City committed to HIV/AIDS prevention and awareness initiatives.

Jimenez, who has earned degrees at Springfield Technical Community College, Smith College, and UMass Amherst, has also helped Putnam students access extracurricular opportunities for college readiness and improved MCAS scores through social and emotional learning; supported Inclusive Strategies and its goal of addressing systemic racism statewide; organized and advocated for political candidates; and worked with domestic-violence survivors at the YWCA while providing support with housing, employment, and other social determinants of health.

That role at the YWCA, in particular, opened Jiménez’s eyes to health disparities among women, especially in regard to intimate-partner violence, HIV prevention, and substance-use disorder, she said.

And as for all those other jobs in her past? They’re all important on her journey to the critical work she’s doing today, she said. “It’s always OK to be passionate and pursue something else and follow whatever feeds your soul.”