The Pieces Are Finally Falling into Place for Holyoke?s Victory Theatre

Donald Sanders is convinced that the Victory Theatre will not languish in faded glory, but will be relevant again.

The Victory Theatre has long been a valued part of Holyokes past, hosting everything from celebrated singers to Oscar-winning films to high school graduations. Making it a real part of the citys future has been a 30-year challenge met only with frustration. But a new group, the Mass. International Festival of the Arts, a Holyoke-based performing-arts organizer, has secured ownership and believes it has the friends  and the funds  to finally turn the lights back on.

These days, with red plywood covering all window openings, it might not look like much. But at the Victory Theatre at the corner of Suffolk and Chestnut streets in Holyoke, the magic always came from what is within.

No expense was spared in materials, said Donald Sanders. Staircases are Vermont marble, paneling is rare Brazilian mahogany, windows were made by Tiffany. The exciting thing is that, as weve gone through the building, going through the layers accrued over the years, weve discovered the original silk wall covering, most likely made by the Skinner family. It is basically intact, stretched on frames over felt and cloth, just the way it was done at Versailles.

Sanders is the executive artistic director of the 16-year old Mass. International Festival of the Arts (MIFA), a Holyoke-based performing-arts organizer with a history of bringing world-class acts to the Pioneer Valley. Past features include Mikhail Baryshnikov, the National Ballet of Cuba, and players from Shakespeares Globe Theatre in London, among many others.

Talking with BusinessWest recently, Sanders proudly described the chronology of the Victory Theatre, happy to add the latest chapter in a saga that has spanned close to a century. As of last December, MIFA is the newest owner of the former jewel in the crown of the regions theaters.

Other attempts have been made to revitalize the structure since the house lights dimmed for the last time in 1979, from homegrown initiatives to a venture funded by the Armand Hammer exhibition of paintings in the citys Heritage State Park in 1987. None have succeeded in opening the doors.

But Sanders said that important work was set in motion by each one of these steps along the way, and that the theater will not languish in faded glory and the forgotten memories of the city. With ownership now secure, and more than half of funding for a bill totaling $27 million underway, the Victory plans to open its doors to a theater-going public 92 years after the first opening night, on Dec. 30, 2012.

BusinessWest talked recently with Sanders and MIFAs managing director, Kathy McKean, both basking in the knowledge that, as the banner outside the building proclaims, Victory is ours!

To say that Nathan and Samuel Goldstein built theaters is an understatement. The Goldstein Brothers Amusement Co. was the leading theater impresario of its day in the first decades of the 20th century.

Based in both Springfield and Holyoke, the brothers are responsible for some of the areas most-cherished venues: the Calvin in Northampton, the Colonial Theater in Pittsfield, and a string of long-gone palaces of performing arts in Springfield, Westfield, Ware, and elsewhere. The Holyoke Transcript Telegram of February 1926 valued their business at close to $3.5 million, a staggering sum for the time.

When the business and civic leaders of Holyoke, among them the Parson and Skinner families, decided that Holyoke needed a world-class theater, it was the Goldstein brothers who got the call. What they built in the Victory Theatre was nothing short of their finest achievement. Preeminent theater architects Mowll & Rand from Boston designed the structure, and on opening night on Dec. 30, 1920, Eva Tanguay, a singer Sanders describes as the Madonna of her day, performed. In its heyday, everyone who was anyone took the stage at the Victory.

Sanders said that the legacy of the Goldstein brothers building continues to impress. The quality of the workmanship, down to the bricklaying … all the engineers comment on it, he said. Its also one of the first uses of steel beams to create a fan-shaped auditorium. No obstructions whatsoever, and the beams support the dress circle, what people call the lower balcony. Its an amazing building.

Designed at first to be, in Sanders words, a Broadway-style theater, the Victory was, over the years, slowly turned into a movie house, to reflect changing tastes in entertainment. But for Sanders, he knew the moment he first saw the inside that this was no ordinary hall.

It isnt a provincial theater house, he explained. The volume of the space is magnificent. For those of us in live performance, you know it the moment you walk in. The focus is entirely on the stage. I was totally flabbergasted that it was in there. Going by there, from the outside, you dont have the sense of what is in that footprint.

A 1942 fire damaged the interior of the Victory, which was redecorated to reflect the times. Sadly, very little photographic record exists of the interior prior to the redesign, and both Sanders and McKean said that a current appeal is for anyone with images in their familys possessions to step forward.

The Victorys history went on to mirror its home city, and declining fortunes led ultimately to the theaters closing its doors for the last time in 1979. Unlike the numerous other theaters in this once-elegant city, the Victory was spared the wrecking ball, and for many residents the allure of the building continues to be a powerful force that cant quite be identified.

Local writers have waxed nostalgic about the Victory, linking it to the city of their childhood memories, halcyon days involving many other ghosts of downtown Holyoke past. McKean said that every time she goes over to the structure, once the door opens, people stop and say, I remember when.

Every single time, she said.

Almost immediately upon its closing, local grassroots efforts went into action to keep the Victory from suffering the same inglorious fate of its contemporaries. The Victory Theatre Commission began raising money in 1980, and it received money from the Armand Hammer exhibition, which went into the important first steps of architectural evaluation.

Those initial funds removed asbestos and shored up the failing roof, but the final price tag, $8 million, was just too much for the group. McKean said that it was important to put that bill into perspective.

It was at a time when downtown, and the idea of downtown, was not high on the priority list, she explained. There were so many other issues facing the city that a theater, and what to do with it, wasnt going to get the attention, especially with such a price tag.

MIFAs involvement with the theater is a story of chance occurrences that ultimately bring about the brightest lights in the Victory chronology. Sanders first became acquainted with the theater in the early 1990s, when a small performance was staged in the lobby.

After hosting the Cuban ballet at the Academy of Music, he realized that a larger venue would be necessary to garner the type of talent MIFA vies for. The Northampton venue seats 800, while the Victory can seat 1,600. He contacted the Save the Victory organization, but the word was that it had gone as far as it could.

At that time, MIFAs long-term strategic planning called for a permanent home in the Pioneer Valley. Sanders remembers thinking that the Victory, with its awe-inspiring possibilities, was too great to ignore. In 2003, the decision was made to make the landmark that home.

MIFA partnered with Nessen Associates out of Boston and Architectural Heritage Foundation, two firms with a successful history of historic restoration. Nessen has completed theater renovation projects in Worcester, at the Hanover, and at the Boston Conservatory of Music. Meanwhile, AHF is a pioneer in urban redevelopment, responsible for the landmark Faneuil Hall and Quincy Market revitalization.

After years of leasing the structure to MIFA, the Holyoke City Council finally agreed this past September to sell the structure to the organization for $1,500. On that day, Sanders wrote on the MIFA blog, let the fun begin!

The fun, as in fund-raising, will be a daunting task, but not insurmountable. Nearly 60% of the $27 million price tag will come from Massachusetts Housing Investment Corp. funds, similar to multi-million-dollar theater projects in Pittsfield and Worcester.

McKean noted that the project in Worcester is a bellwether for the Victory. Its interesting in that the Hanover Theater has become very successful, and business around it has increased. Not only is the theater doing well, but theyre seeing an increase in restaurants, and foot traffic, that they didnt see.

The Massachusetts Housing Investment Corp. did a study, which told them that the number-one stimulant for downtown rejuvenation was theaters and performing-arts centers, she continued. This was not an organization naturally drawn to the arts, but it did put an emphasis on their importance.

At this stage, just under $11 million needs to be raised to ensure the opening night of Dec. 30, 2012. Sanders and McKean both agree that the Victory is finally in the forward motion of renewal. We have everything in place, and we know what its going to cost, Sanders said. Fund-raising, and friend-raising, is the next stage. He expects that the former will come about like other projects have, with the usual mix of corporate and individual donors. Friend-raising, however, might be unique to the theater so ingrained into Holyokes civic identity.

If everyone who loves the theater made a contribution from $10 on up, and the community who really wants this becomes involved, it would be great, he said. Holyoke doesnt have a lot of corporations, and the Skinners and Parsons are gone.

McKean said that the biggest challenge she faces isnt fund-raising, but rather making sure that the city understands what the Victory will mean as a city resource. Were not going to drop something down into the city and then expect it to be a part of the community, she explained. People remember Saturday-afternoon movies, Holyoke High graduations. We want that too.

Sanders said that, when he heard about the Nessen brothers interest in Holyoke, he knew that the project was finally possible, and that it heralds a success not only for the theater, but also for the city itself. When the doors to the theater opened for the first time to the public in September 2008, Sanders said he expected 10 or 15 people to show up. It was a rainy and cold morning. I didnt know what to expect. There were people coming in steadily all day.

Theres been so much hope and disappointment in the past, he continued, pausing to reflect upon the Victorys future. People want that theater back. They dont necessarily know why, but it is a powerful entity. We finally have the expertise to make it happen. For me, personally, that is wonderful. 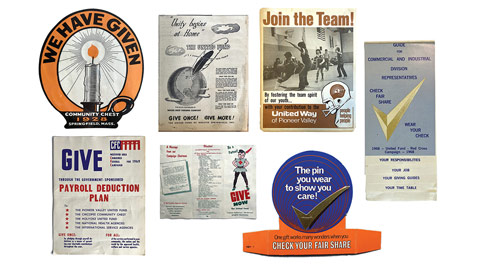 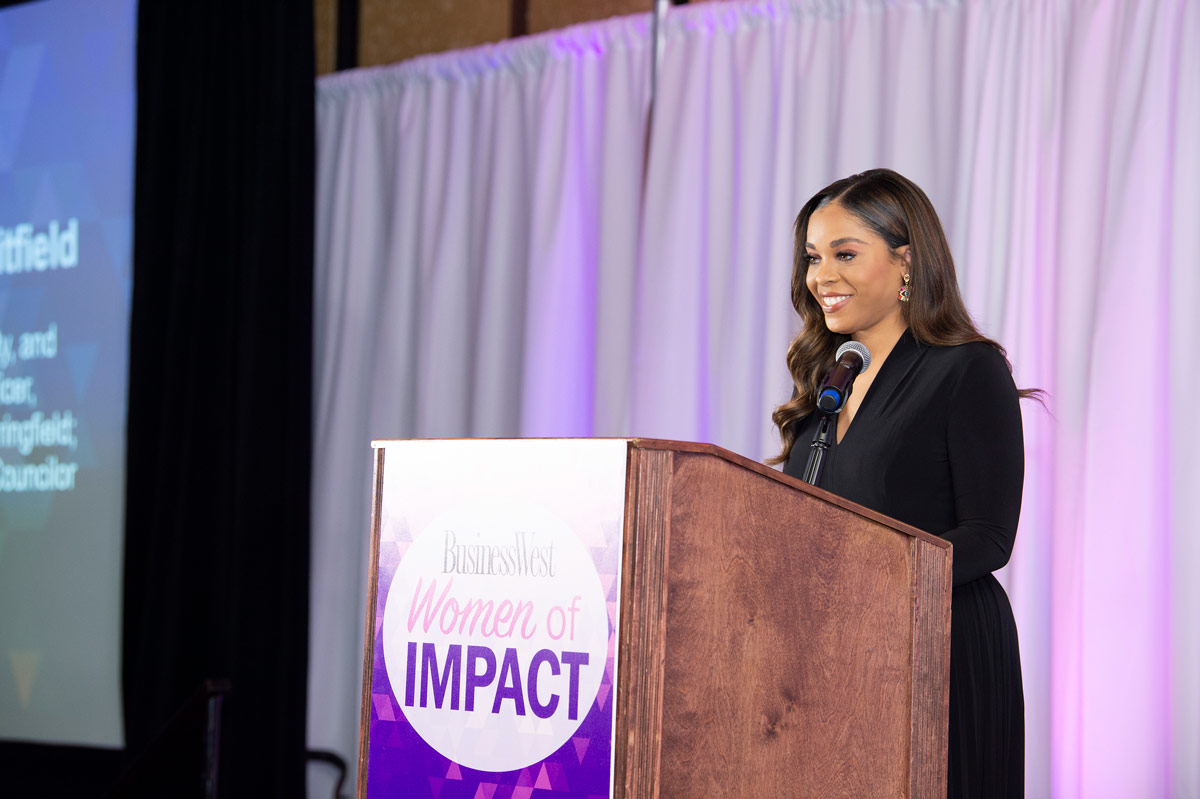