Take Charge of the Situation 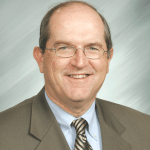 The nationwide shift to EMV is well underway.

EMV — which stands for Europay, MasterCard and Visa — is a global standard for cards equipped with computer chips and the technology used to authenticate chip-card transactions. In the wake of numerous large-scale data breaches and increasing rates of counterfeit card fraud, U.S. card issuers are migrating to this new technology to protect consumers and reduce the costs of fraud.

Most of all, it means greater protection against fraud.

Approximately 120 million Americans have already received an EMV credit card and that number is projected to reach nearly 600 million by the end of 2015, according to Smart Card Alliance estimates.

Here are six frequently asked questions to help you understand the changes:

1. Why are EMV cards more secure than traditional cards?

2. How do I use an EMV card to make a purchase?

3. Will I still have to sign or enter a PIN for my card transaction?

Chip-and-PIN cards operate just like the checking-account debit card you have been using for years.

4. If fraud occurs after EMV cards are issued, who will be liable for the costs?

Today, if an in-store transaction is conducted using a counterfeit, stolen, or otherwise compromised card, consumer losses from that transaction fall back on the payment processor or issuing bank, depending on the card’s terms and conditions.

After an October 1, 2015, deadline created by major U.S. credit card issuers MasterCard, Visa, Discover, and American Express, the liability for card-present fraud will shift to whichever party is the least EMV-compliant in a fraudulent transaction.

Consider the example of a financial institution that issues a chip card used at a merchant that has not changed its system to accept chip technology. This allows a counterfeit card to be successfully used.

“The cost of the fraud will fall back on the merchant,” says Martin Ferenczi, president of Oberthur Technologies, the leading global EMV product and service provider.

Most insurance carriers have a coverage called either “data breach” or “cyber liability.” Presently the coverage has been undersold. With the conversion to EMV cards, it is very important for retail merchants using credit cards to become familiar with this coverage and its options. Coverage varies by carrier coverage forms. The important thing to know is that local businesses have a larger exposure.

5. If I want to use my chip-card at a retailer that doesn’t support EMV technology yet, will it work?

Yes. The first round of EMV cards — many of which are already in consumers’ hands — will be equipped with both chip and magnetic-stripe functions so consumer spending is not disrupted and merchants can adjust.

If you find yourself at a point-of-sale terminal and are not sure whether to dip or swipe your card, have no fear. The terminal will walk you through the process.

“For example, if you enter a card into the chip reader slot but the reader isn’t activated yet, it will come up with an error and you’ll be prompted to swipe the card in order to use it,” says Randy Vanderhoof, executive director of the Smart Card Alliance.

6. Will I be able to use my EMV card when I travel outside the country?

The U.S. is the last major market still using the magnetic-stripe card system. Many European countries moved to EMV technology years ago to combat high fraud rates. That shift has left many U.S. consumers who have magnetic-strip cards looking for other forms of payment when they travel.

Finally, as criminals become more and more sophisticated, it is important to make sure, as a business, your crime coverage does as well. Do you have cyber liability coverage, electronic fund transfer fraud coverage, and employee dishonesty coverage?

Crime coverage in the future will be as important to buy as general liability coverage.

David Griffin is a principal and the executive vice president and treasurer of The Dowd Insurance Agencies. He is a licensed insurance advisor (LIA) as well as a certified insurance counselor (CIC); [email protected]; (413) 437-1005.