Jim Tremble can tell you that the old adage, the more things change, the more they stay the same easily applies to his business.

As president of Valley Communications Systems Inc., he is one of six second-generation Trembles to carry on the company started by his parents in 1945. What began as a small retail photo shop has grown to become one of the pioneering distributors of communications equipment and services in New England.

The business has stayed in the same location in Chicopee, just off I-291, for the past few decades, yet from that same location new products and services have been added to the Valley roster almost as soon as theyve become available.

Tremble said that, because of the companys reputation, with 65 years in the industry, when manufacturers have something new to offer, its usually Valley who gets first crack at it. Being in business as long as we have gives us an advantage, he said. And we have developed a relationship in each of our disciplines. Weve represented the top manufacturers of each of them at one time or another. When a manufacturer has a new product and wants representation in the New England area, they come to us first. This isnt bragging; its a fact.

While Tremble could easily brag about the strength of the family business, he joined his brother Bob  who, along with brother Mike, heads the video, A/V, and data/imaging department  to describe how the company that began with a spirited young couple became the successful enterprise it is today.

When Rita and Ed Tremble first hung out their shingle on State Street in Springfield, the pair sold photographic equipment. Ed ran the front of the house, while Rita took care of both the bookkeeping and the nuts and bolts of the business. Jim and Bob credit her vision for the company that Valley Communications has become today.

She was the instrument of change, Bob said. She recognized technology and decided that it was something that we wanted to be a part of almost immediately. She called in manufacturers, and, lo and behold, we were suddenly part of the security business, or the telephone business. Looking back, that foresight is nothing short of spectacular.

Within four years, a new branch opened on Belmont Avenue in Springfield. From there, Jim counted off the services that his parents added to their portfolio, essentially adding up a roster of the history of the 20th centurys communications industry.

First branching out as a holding facility for New England Telephones 16mm films for elementary classrooms, the pair segued into intercom systems for those schools. When Valley decided to add commercial sound systems to their roster in the late 1940s, it became the go-to resource for professional installation. The Eastern States Expositions Coliseum was outfitted by the Trembles, and later, they worked on both Springfield and Hartfords Civic Centers. Jim estimates that 80% to 90% of all churches in Massachusetts and Connecticut have had Valley Communications install their sound systems.

When Rita decided to add security to her portfolio, the company installed residential and commercial cameras and touch-tone entry pads. Within 10 years, the focus shifted to larger applications. And weve been doing that for the last 40 years, Jim noted.

A landmark FCC deregulation decision in the late 60s, known as the Carterfone Act, allowed non-AT&T phones to connect to that companys communications grid. Jim said that this legislation was immediately embraced by Valley. Because we were already doing work over lines like intercoms and such, it was a natural for us to get into that.

The companys history tells of the challenges they faced in those early days taking on Ma Bell head to head. Valley contended with what it calls mysterious accidents, cut wires and cables, uncooperative operators, and many court cases, all without hindering its role as David to AT&Ts Goliath. From that contentious beginning, according to company records, Valley is nationally recognized as one of the largest independent telephone interconnects in the communications industry.

Currently, the largest account for Valley is the Mass. State Lottery Commission. If youre familiar with Keno, Jim said, Valley installs at least one monitor in connection to the data computer in every restaurant, bar, and grocery store that sells and plays Keno. The new Daily Race Game, started about a year ago, is now an offshoot of that.

The beginnings of the company might be humble, but the current business, with more than $25 million in annual sales, is anything but. Jim is happy to mention that, of the 106 employees, many have been with Valley for decades.

Keeping abreast of technology in the highly competitive and constantly evolving field of communications can be a daunting challenge. But Jim said that Valley confidently keeps appraised of the latest and greatest, and described his simple yet secure methods.

We learn from what we see and read, and we keep up with the industry forecasters  looking three to five years down the road, he explained. We listen to the manufacturers that we align ourselves with. They are developing new products, and that affects them more than us. We get it from our salespeople; they are out there seeing what people want and need. We get it from our competitors. Sometimes thats your best clue to whats going on. If someone gets the jump on you, well, youre going to find out what that is.

Those four key methods keep us tapped into the vein, he said.

Responding to comments about the economic conditions of the past year, Bob proudly stated that the business part of it, from 1945 to now, can be summed up as easily as this  every single year weve made a profit. While some years might have been better than others, that has always been the case.

This past years performance was helped by solidification and expansion of a new division for the company, one focused on business security, something Valley has always done, but, until recently, on a relatively small scale.

About six months ago we decided to start a separate department to forge that division forward, said Bob Tremble. So in October of this past year, the division took off, and already weve had about $1 million in sales.

In addition to security at the former federal building at 1550 Main St. in Springfield, Valley is handling security systems at a county jail outside Boston, all of the WNEC campus, and just this morning, Bob added, we got a job for a high school in Connecticut.

Jim explained how the new security division is an example of ongoing expansion and diversification, a trademark for his business. Instead of saying, how can we cut back? and where do we have to cut jobs? weve said, how do we increase the number of jobs, and increase our income?

Bob agreed, adding that we knew there was a lot of business out there; what we needed to do was to position ourselves, with the proper people, talent, and resources, to go out there and get that business. And it is working.

Another important product category for the company, one thats really exploded over the past 10 years, is the SMART classroom, Bob explained, using the brand name for what is known in the industry as interactive white boards. Chalkboards are destined to become another academic relic of earlier centuries.

The product looks like a white, dry-erase panel about six feet square, with a data projector mounted above. That white surface promises to be one of Valleys next great contributions to its clients.

When we started to put these into the classrooms, he continued, we thought, what a great product. The teachers can link their computer up to it, and the board itself is touch-sensitive  you can write on it with your finger.

While the newer crop of tech-savvy teachers might be as familiar with computers as their students, earlier generations found the tools foreign, Bob said. About three or four years into our putting these boards in, we went back to the schools to see how the teachers were using them. We thought it would be a good exercise. We found out that, in many cases, the boards were used simply as a white chalkboard, or a projection screen  not the purpose for them. It was an awakening for us.

In true entrepreneurial fashion, a need was identified, and a solution quickly addressed. A training program for the SMART boards was established, with courses offered in all the disciplines and educational levels that would be working with the equipment. The training became a division known as Valley Academy. Those same teachers who relied on their older lesson plans, perhaps resistant to this newfangled device, discovered how it could improve their lessons and better involve tech-oriented students.

Because of the success of both Valley Academy and those teachers spreading the word out in the field, Bob said that there was an explosion of additional sales. Parochial schools in the Boston area have been programming a set number of boards to be installed in their schools every year until all classrooms are outfitted, and new construction often designates them. Smiling, Bob said his goal is to see those other 80% of classrooms with SMART boards.

While Valley may have a geographic market all over New England, both Trembles emphasized that this company is, and will always be, a local business.

Were a private institution, not a worldwide entity, Jim said. We know that New England is our territory, and we want to do the best possible job that we can in that area. In my lifetime, I dont want to be a national company. I eat and sleep in the area that I sell my products. I run into the people that I do business with, and I want to continue to be proud of what Ive done for them.

For Valley, he stressed, the relationship with the client begins after the product or service is sold. It doesnt take much magic to sell something, Jim said. Anyone can do that; you lower your price and get it out there. It does, however, take something to carry on after the sale.

Looking ahead, the third generation of Trembles is busy on the front lines, just like the generation before them. Both men have sons that work for Valley, both in the Chicopee facility and out in the field. While Ed passed away some time ago, Rita, at age 93, still comes in once a week to check up on her children. They laughed when the subject of succession to the next generation came up.

Its a little early to tell what will happen, Jim said. But there are 48 grandchildren, so theres a lot of good talent to pick from.

One thing is certain: the field of communications will be changing. But when Valley says that it too has evolved apace with technology, theres 65 years of proof to the statement. The Trembles method of business might be old-fashioned in a rapidly changing world, but Jim summed up how its a success.

The same customer that bought a system from us in 1950 is still doing business with us today, he said. That, to me, is the key that keeps my blood running. Its a great comfort that these people let us continue to do business the way we were taught to do it back in 1945. 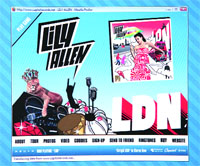