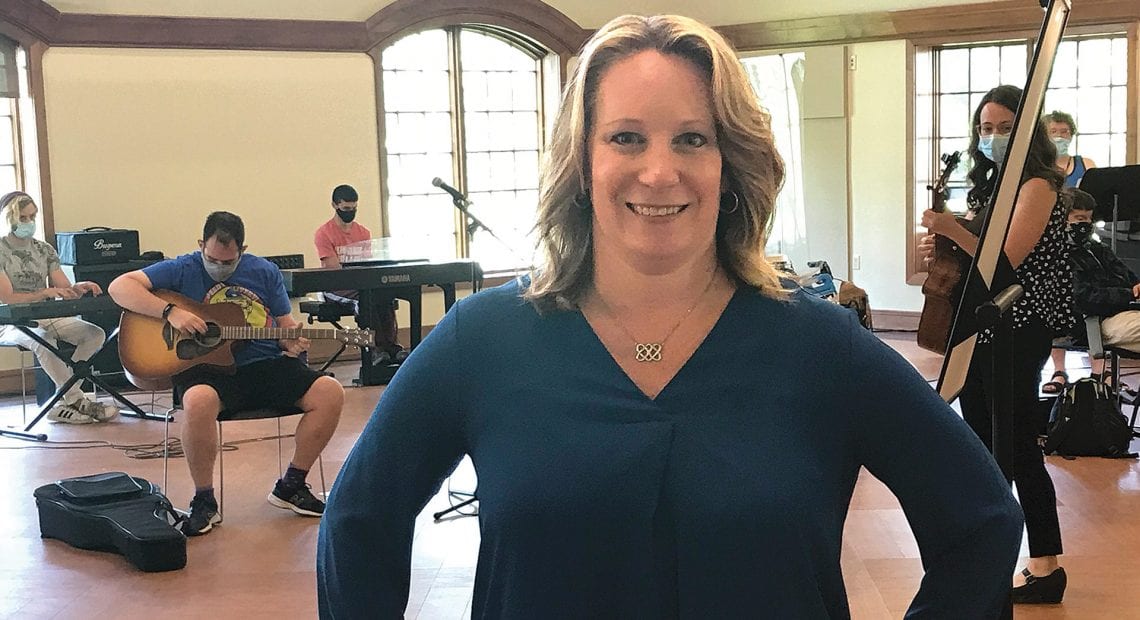 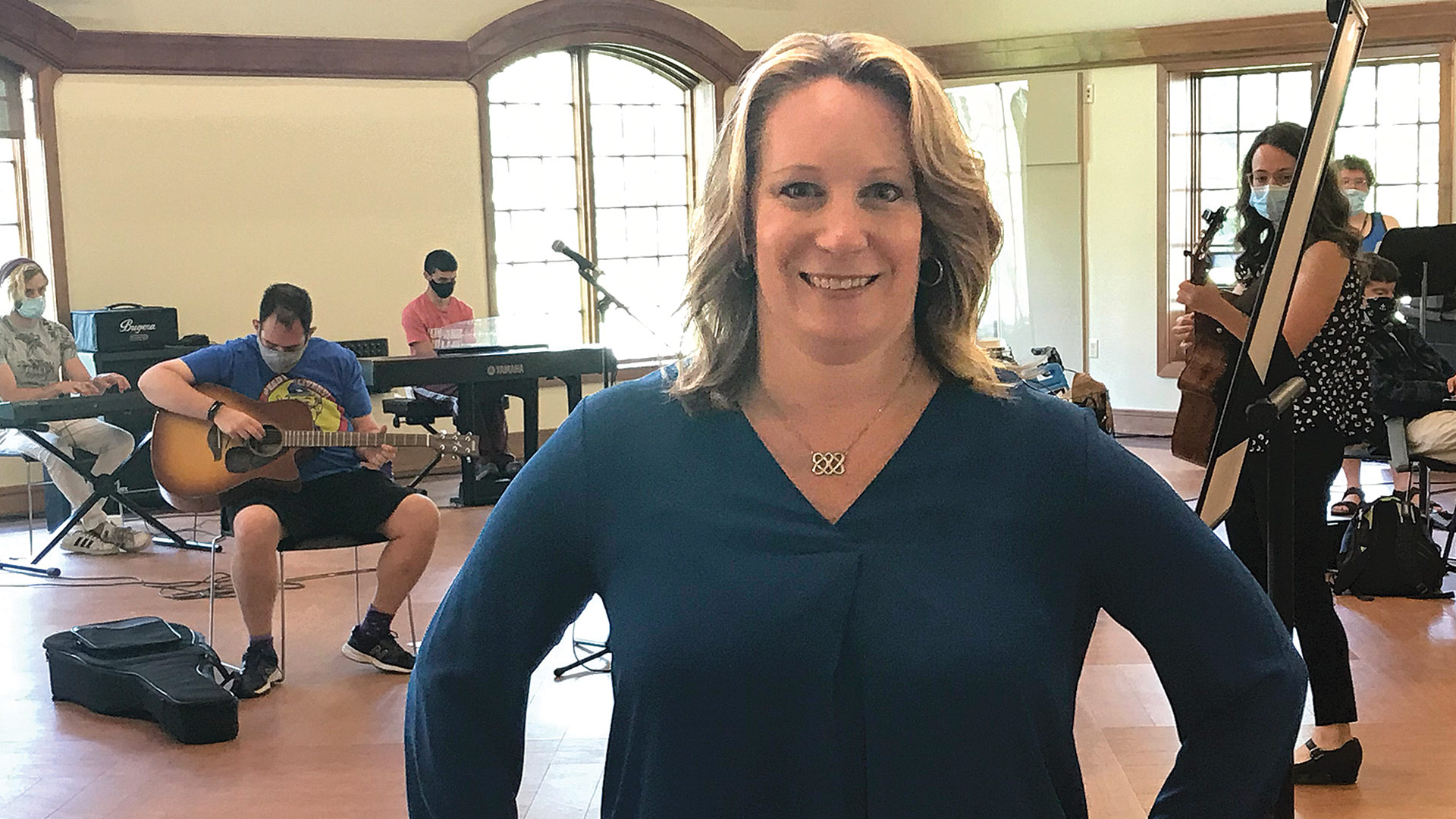 Michelle Theroux says businesses in town, including her own, Berkshire Hills Music Academy, are anxious to ramp up operations as the economy reopens.

For Mike Sullivan, the past 15 months have been a learning experience on many levels.

As town administrator in South Hadley, Sullivan has learned just how essential online payment systems and Zoom meetings have become for residents who need to do business with the town.

“As we make more access points available to the public, we’ve seen participation in government increase,” Sullivan said, adding that, while many people are looking forward to meeting in person again, Zoom is also here to stay.

The pandemic also taught him about the efficiencies of running Town Hall. By limiting in-person visits to appointment only, staff have been able to more efficiently get business done. Going forward, he looks to follow a model other towns have adopted of limiting hours or closing to the public one day a week.

“There are multiple ways to take care of business,” Sullivan said. “I appreciate that some people have complicated business they need to conduct in person, and we will accommodate them. When residents use online platforms or even ‘snail mail’ instead of visiting Town Hall, it saves money for the town and for everyone’s individual taxes.”

Sullivan made plenty of adjustments to keep South Hadley moving forward during the pandemic. Attendees to last year’s town meeting, for example, never left their cars.

“People tuned into the discussion over their car radios, just like an old drive-in movie,” he said. A similar drive-in town meeting is planned for this year, but there will also be a seating area for those who feel safe enough to leave their cars. “We’re looking forward to getting back to some semblance of normalcy.”

Michelle Theroux, president of the South Hadley and Granby Chamber of Commerce, said one indication of a return to normalcy is the “we’re hiring” signs around town. She acknowledges there are many factors why people are not immediately returning to work, but even with recruitment issues, the signs represent a positive step.

“The good news is that people are looking to hire, and they are in a position to bring people back into the workforce,” she said.

As the end of the pandemic nears, Theroux credits the South Hadley community for its support of small business. From restaurant takeout orders to holiday shopping, it was local people who provided enough support so that no chamber-member businesses permanently closed due to the pandemic.

“Certainly, many downsized and did what they had to do to survive,” she said. “It’s a real credit to community support because small business is such an important part of South Hadley.”

Because small business is such an essential part of South Hadley, banks in town worked with the chamber to secure Paycheck Protection Program funds for businesses in town. In addition, the chamber recently partnered with the Northampton chamber and the Massachusetts Office of Travel & Tourism to secure $20,000 in state grants.

“The good news is that people are looking to hire, and they are in a position to bring people back into the workforce.”

The chamber also spread the word among its members on how they could help each other, as well as support businesses that are not necessarily top of mind.

“If you look at the South Hadley Commons, we all think of the great restaurants there,” Theroux said. “The Commons also has a movie theater and a number of small boutiques that offer unique and personalized items you can’t find at a big-box store.”

One key project that kept going during the pandemic involves the Woodlawn Shopping Plaza. At one time the site of a Big Y supermarket, the parcel now features various retail stores anchored by Rocky’s Hardware. The site has been approved for a 60-unit, mixed-income apartment complex that will occupy three acres in the back of the parcel.

“Way Finders of Springfield is running the housing-complex project, and they are waiting for federal funding to come through before they break ground,” Sullivan said.

Theroux is excited about the project because it provides a glimpse at the future of development.

“At Woodlawn, you have a multi-use site with different types of businesses and living options all in one central location,” she said, while predicting that the entire area surrounding Woodlawn will see a revitalization over the next several years. As one example, Northampton Cooperative Bank and PeoplesBank have recently opened branches in or near the Woodlawn Plaza.

Sullivan also pointed with pride to the new senior center on Dayton Street, which is scheduled to open June 30.

“We were able to successfully build the senior center during the pandemic, and the costs were below the estimated bids,” he said. “Even with increases in some of the materials, we will still come in nearly $700,000 under the original estimate.”

Six years ago, Mohawk Paper opened a plant in South Hadley to great fanfare and optimism for a long relationship with the community. Last year, in pursuit of more favorable taxes and incentives, the company closed its operations in South Hadley and moved to Ohio.

As tough as it was to see Mohawk pack up and leave, Sullivan noted that E Ink, the company located across Gaylord Street from the former Mohawk plant, has good news moving forward. “E Ink is planning to double in size because they have a new product line coming out.”

E Ink makes the agent used in tablets like the Amazon Kindle, which allows an electronic page to read like a physical book. In addition to tablets, E Ink screens are used in a variety of applications ranging from signage at MBTA stations and international airports to retail price signs.

On top of contributing as a successful company, Sullivan noted that E Ink is a strong supporter of community projects and events in South Hadley.

Meanwhile, the Ledges Golf Club, owned by the town and a financial drag for many years, is on its way to performing at par. At the beginning of the pandemic last year, golf courses across the state were mandated to stay closed for several weeks. Sullivan called the lost months a “kick in the shins” because, once it opened, the Ledges did brisk business all season and came close to hitting a break-even point.

“This year, we made $200,000 in revenue in just March and April,” Sullivan said. “By the end of the fiscal year next June, we think the Ledges will break even.”

In addition to her duties as chamber president, Theroux’s full time job is executive director of Berkshire Hills Music Academy (BHMA), a music-infused program that helps young adults with special needs to expand their social, vocational, and life skills. Before the pandemic, BHMA employed just over 100 people. Though it normally offers both residential and day programs, state mandates forced BHMA to quickly shift to remote classes for its day students. After furloughs and layoffs due to the new mandates, 64 staff remain.

“Our current state is a hybrid model where we have about 40% of our day students back on campus, with the rest joining us by remote,” Theroux said. “Once we can fully reopen, we’d like to staff up to where we were before the pandemic.”

Looking ahead to the fall, she wasn’t sure what to expect for new enrollments, but was pleasantly surprised to see strong numbers for BHMA’s incoming class.

“Once their loved one is vaccinated, many families are all in on our program, and that’s a huge positive for us,” Theroux said. “Three months ago, I would not have been as confident about what next year would look like.”

“The presence of Mount Holyoke students back on campus will provide a real boost to South Hadley feeling normal again,” Theroux said.

Sullivan is on the move, too. After a long career of public service, he has announced he will retire in June. Looking back, he points to a number of projects he’s helped shepherd to success. One area of particular pride is the progress South Hadley has made in hiring a more diverse workforce. As an example, he mentioned Police Chief Jennifer Gundersen, who recently joined South Hadley’s force after several years in Amherst.

“Certainly, many downsized and did what they had to do to survive. It’s a real credit to community support because small business is such an important part of South Hadley.”

Sullivan in only one of South Hadley’s leaders who are moving on. Planning Director Richard Harris is also retiring, and the superintendent of schools left in December to pursue another professional path.

While grateful for their service to the town, Theroux sees this as a time for South Hadley to bring new faces into leadership roles.

“As we emerge from the pandemic, I’m optimistic about the future and a new era of leadership for our town,” she said, adding that she looks forward to people once again enjoying all that South Hadley has to offer. 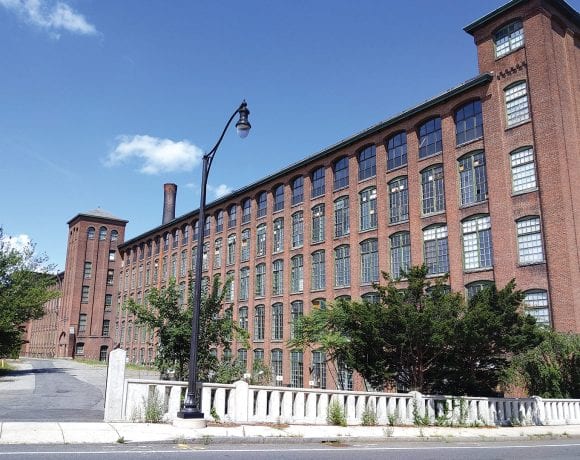