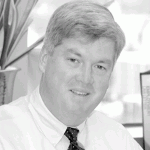 Staying In for RecessPresident Obama violated the constitution when he made three recess appointments to the National Labor Relations Board (NLRB) on Jan. 4, 2012, according to the U.S. Court of Appeals for the District of Columbia in a decision issued on Jan. 25.

Because the three recess appointments were invalid, the NLRB lacked the requisite three-member quorum when it rendered the Noel Canning decision. Although the D.C. Circuit ruling governs only this one case, its decision throws hundreds of NLRB decisions made since Jan. 4 into uncertainty.

The NLRB is the five-member panel that enforces federal labor law and the National Labor Relations Act. The president appoints NLRB members to staggered terms generally subject to Senate confirmation in accordance with the Constitution. Traditionally, the NLRB consists of three members from the president’s political party and two from the other. Since President Obama took office, the NLRB has been on the front lines of the partisan war to control federal labor policy. With several of the president’s nominees too controversial to earn sufficient Senate support to overcome a filibuster, the nominations suffered long delays and were effectively blocked by objecting senators.

To counter that, Obama sought to make appointments to the NLRB while the Senate was in recess, a power contained in the Constitution. In the early history of our country, Congress was often in recess for six to nine months a year. Though recess appointments were little used until after World War II, they did enable presidents to staff executive-branch vacancies during periods when the Senate was not in session and, thus, could not exercise its ‘advise and consent’ power over presidential appointments.

On Jan. 4, 2012, the Senate was away for the holidays and conducting no business. The Senate remained in ‘pro forma’ session (gaveled in and out every few days) because it had not been formally adjourned into an official recess. This was a strategy designed to block the president from making recess appointments. He was undeterred. But the Senate strategy proved effective, according to the D.C. Circuit.

The constitution’s recess appointments clause provides that “the president shall have power to fill up all vacancies that may happen during the recess of the Senate by granting commissions which shall expire at the end of their next session.” Pursuant to that clause, Obama made three appointments on Jan. 4, one day after the Second Session of the 112th Congress began. However, the D.C. Circuit interpreted the recess appointments clause to permit only ‘intersession’ appointments (those made between distinct sessions of the Senate) and not ‘intrasession’ appointments made during recesses in the midst of a session.

The court’s ruling rejects presidential practice of both parties dating back many years, and raises questions about how a president’s inability to fill vacancies could impact government functioning in an age of partisan gridlock in Washington, D.C.

The NLRB disagrees with the decision and intends to continue issuing decisions (while its presumptive appeal is pending). Right now, the NLRB has only three members, as one resigned, and the other’s term expired. Of the three remaining members, two are recess appointees involved in the Noel Canning case. Only Chairman Pierce was confirmed by the Senate.

It seems inevitable that the U.S. Supreme Court will ultimately decide these issues, especially because there are numerous similar appeals pending in circuit courts of appeals around the country.

In the meantime, the NLRB will likely remain a lightning rod of controversy. Republicans and business groups will continue to oppose the perceived pro-labor decisions and initiatives of the current NLRB at every turn. It would appear that they believe a non-functioning NLRB is preferable to a functioning one.

This is surely not the last word on recess appointments.