Bay Path to Host Next Women’s Leadership Conference in Person on April 1, 2022 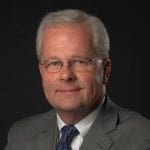 MONSON — Steve Lowell, who has served as president of Monson Savings Bank (MSB) for the last nine years, announced his retirement effective February 2021. He is looking forward to continuing to serve in a vital role with the bank as chairman of the board.

The bank’s board of directors announced that Daniel Moriarty Sr. has been named the bank’s president effective February 2021. 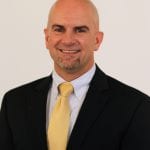 An alumni of Monson High School, Moriarty went on to graduate with honors from both Providence College and the National School of Banking at Fairfield University.

“I am truly honored, humbled, and thankful to God for this exciting opportunity to serve the bank in this capacity,” he said. “Monson Savings Bank is a special place with exceptional customers, remarkable employees, and close to 150 years of tradition and independence.” 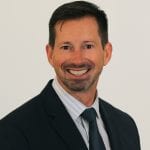 The board of directors also announced that Michael Rouette has been named executive vice president and chief operating officer, a newly created position.

He is a graduate of Monson High School, as well as Old Dominion University, the Massachusetts School for Financial Studies at Babson College, and the Graduate School of Banking in Colorado.

“I am truly grateful to be working at such an amazing place with such wonderful people,” Rouette said. “I really love my job, helping my customers, and working with my co-workers. I am overjoyed about this new opportunity.”

Added Lowell, “I could not be more proud of both Dan and Michael. These two went to high school together, played sports together, and have been supporting each other at Monson Savings Bank for over two decades. They have such a strong background together not only as co-workers but as friends. Dan and Michael have spent time together outside of work, golfing, coaching sports, and even ran a couple Boston Marathons together. They will be dynamic leaders of this wonderful bank. I look forward to seeing them continue the bank’s legacy of remaining financially strong, community oriented, and meeting the changing needs of our customers with innovative products and services.”