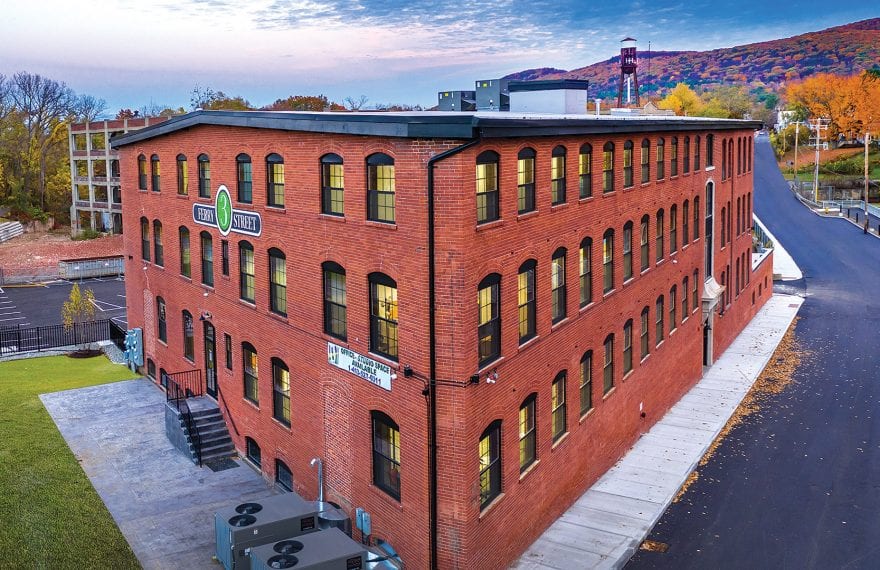 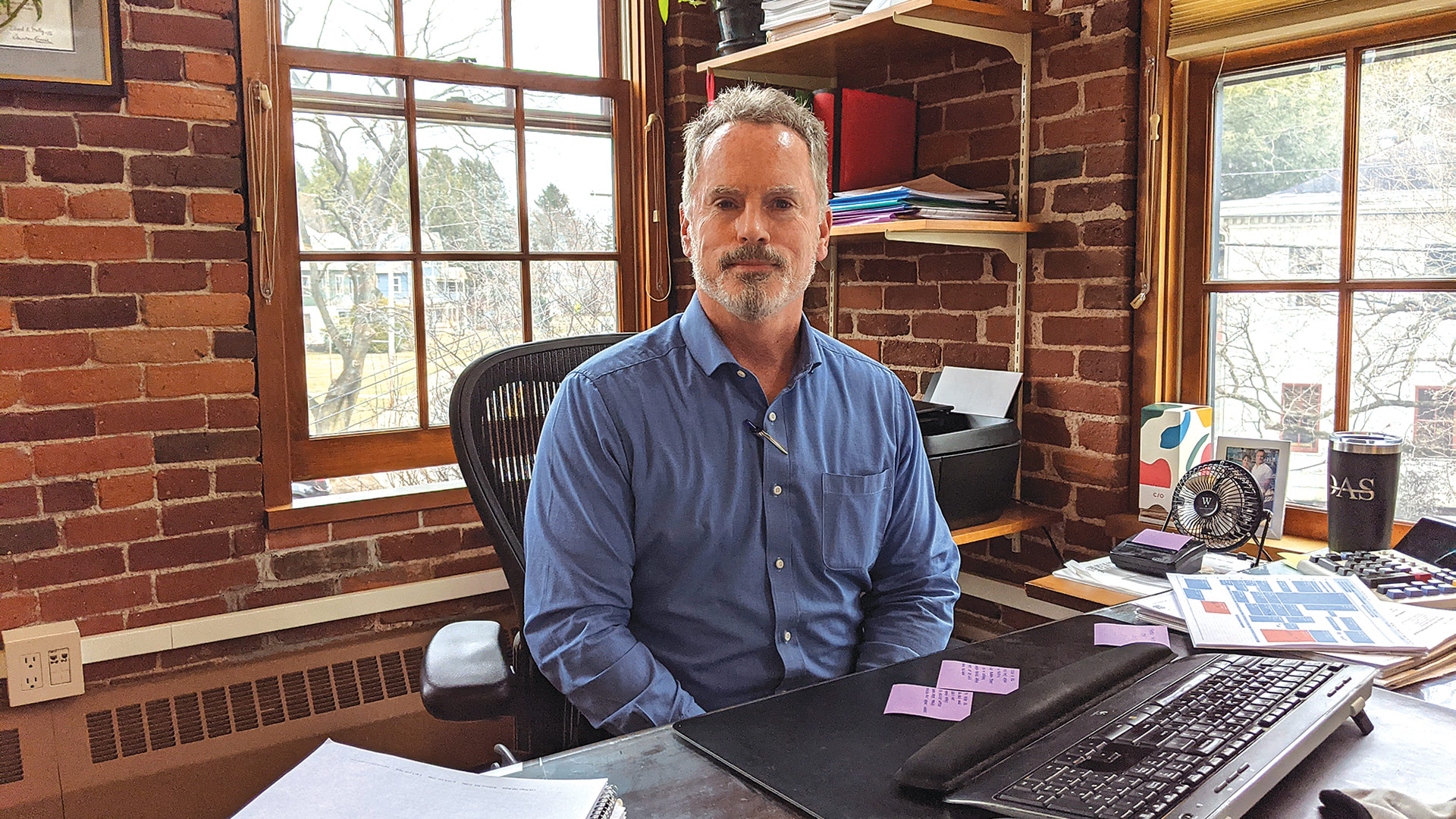 Mark Sullivan says public work — his firm’s main niche — slowed down in 2020, but activity looks strong for the coming year.

While no one knew early on what the pandemic’s impact would be, the general consensus was “this isn’t going to go well at all,” he said. But the company, like all others, managed to keep moving forward, with office staff working from home and Zoom meetings a new fact of life.

“Ultimately, we were able to keep people working in whatever format worked best for the individual, and we’re thankful we didn’t have any layoffs in the field,” he went on. “We were able to employ everyone through 2020.”

What makes that notable is that this fourth-generation family business, which opened its doors in Northampton in 1897 and has been headquartered in that city ever since, relies heavily on public work, including some of the highest-profile municipal and collegiate projects in the region at any given time.

“Now it’s to the point where projects we built 30 or 40 years ago are being renovated or being torn down and replaced. It’s all cyclical.”

“We’ve always had a heavy mix of public work — probably half to 60% of what we do has been public work,” said Sullivan, who is the firm’s fifth president, while his brother, Dennis, is chief executive operator. “We certainly have private clients we do a lot of work for, and we look for that private work, but public work over the years has been the most consistent.”

When Gov. Charlie Baker shut down large swaths of the economy just over a year ago, “we were certainly fortunate we were deemed critical, or essential, and we were able to keep some projects going,” Sullivan recalled. “When COVID hit, we did lose some work; some projects were paused and some outright canceled as people tried to figure out what the pandemic was and what it meant in the near-term future.”

Some of the projects the firm completed in 2020 included a fitness center transformation at Massachusetts College of Liberal Arts in North Adams, a new administration building at Harriman & West Airport in that city, a renovation of the Pioneer Valley Transit Authority para-transit maintenance and storage facilities in Springfield, and the renovation of a mill building in Easthampton into apartments and office spaces.

“We rely on public work, and the state froze most public work after the first quarter. UMass did, too,” Sullivan said. “We had a backlog going into the year, and we finished up that work, but it was difficult getting new work toward the end of the year because everything had been frozen.” 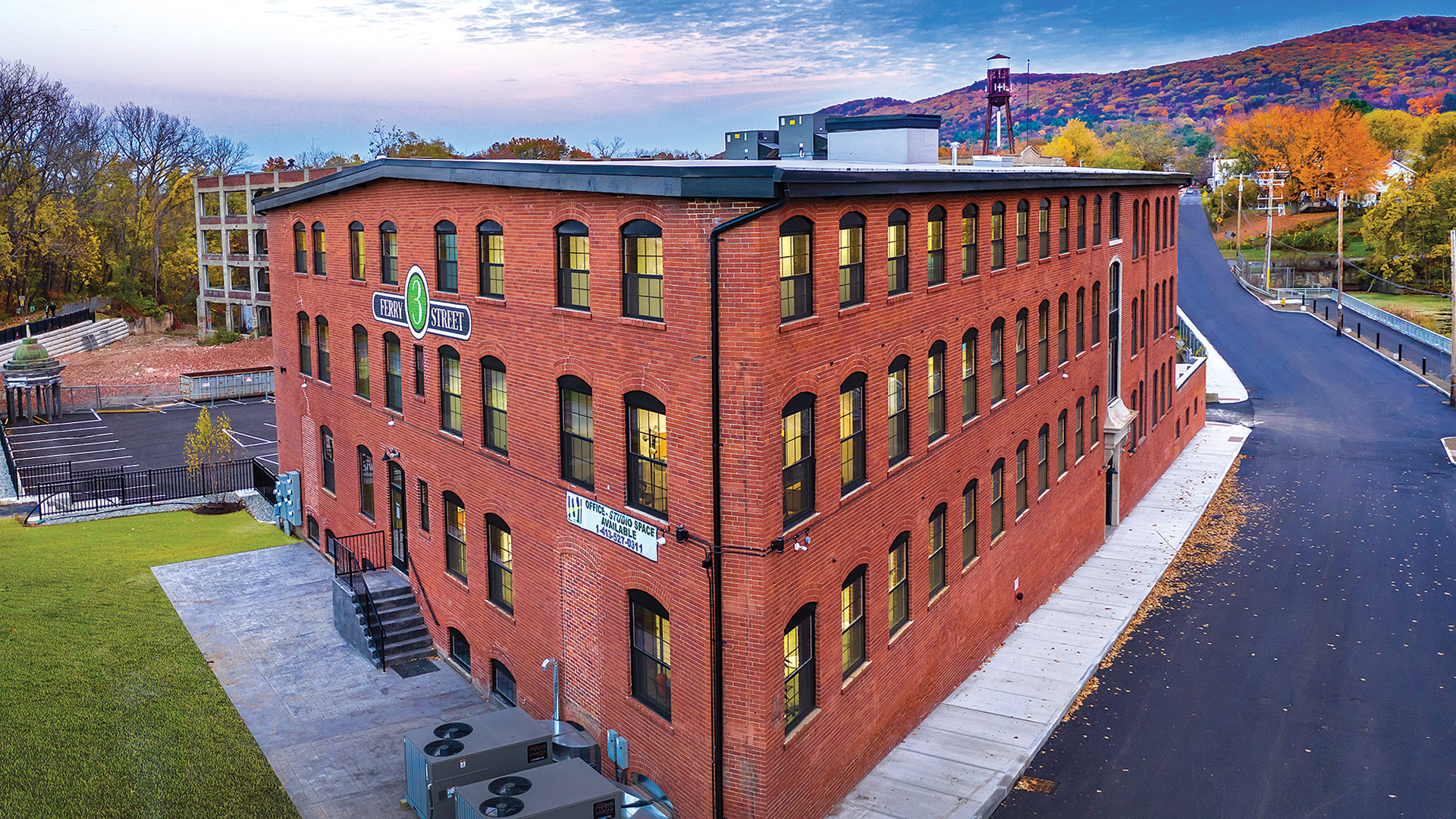 This mill renovation on Ferry Street in Easthampton features a mix of office space and apartments. (Photo by Leigh Chodos)

However, after the firm’s work volume in 2020 totaled about 20% from the year before, things are looking up. “What we’re seeing now is that, as the vaccine rolls out and people see the light at the end of the tunnel, those projects paused last year are coming back online.”

Considering that, he said, and the fact that new municipal projects are starting to emerge from the drawing board, “it looks to be a busy year.”

Plenty to Build On

Indeed, the projects currently underway — the firm typically manages 10 to 15 each year — speak to the breadth of the opportunities available in the municipal, academic, and other realms. They include:

• General-contracting services for the construction of the Newman Catholic Center at UMass Amherst, the UMass Fine Arts Center bridge renovation, a renovation and expansion of the Worcester Public Library, and the Chicopee City Hall renovation;

• Construction-management services for a renovation of Mount Holyoke College’s Gamble Auditorium and the construction of 38 cottage-style homes at Lathrop Community; and

“It’s cyclical,” Sullivan said of public work. “You might be doing elementary schools for a decade, then find yourself doing middle schools after that. Now it’s to the point where projects we built 30 or 40 years ago are being renovated or being torn down and replaced. It’s all cyclical. We do a lot of work for the Five Colleges, UMass especially. It’s always varied, and it’s always interesting.”

The mill renovation in Easthampton was a fun challenge because of the condition of the building when the project began, he noted, while the Worcester library project is fun in other ways.

“Our partners got a kick out of the high-end millwork installation,” he said, noting details in the children’s room like a rocket ship and an eight-foot-tall book. “Most projects are budget-driven from a carpentry standpoint and may not get a millwork package that’s particularly interesting, so to speak. But every now and then, we get a library project or private-client work — we do a lot of private work for prep schools in the area — and those are projects carpenters can really sink their teeth into; they’re a lot of fun.”

Sullivan noted that construction management is becoming more the norm in the firm’s projects than straight general contracting. What hasn’t changed, however, is a reliance on cultivating relationships with municipalities, colleges, and other types of clients over time.

That stability was in direct contrast to the upheaval of COVID-19, and how that affected the way workers were able to do their jobs.

“Initially, everyone was trying to figure it out,” he said. “There was no guidebook to follow; it was being established as we went along. That was true for everyone in our industry and in other industries deemed essential, and we were able to keep some projects moving forward in the field.

“Certainly, productivity took a hit, when we were sanitizing projects twice a day, taking temperatures, and keeping logs,” he went on, noting that, when a delivery person was found to have COVID, a whole job site shut down for a few days.

“In the big picture, we got through the whole year without too many issues,” he added. “It’s literally been a year since this thing hit; everyone has the protocols down pat.”

Now that things seem to be looking up — both in the public-sector construction world and in general, with vaccines generating positive news on the COVID front — Sullivan is ready to tackle what he sees as pent-up demand.

“The need for work didn’t go away,” he told BusinessWest. “I think there’s a lot of liquidity in the market; last year, people held on to figure out a way through the pandemic, and now that they see an end in sight, things are starting to loosen up, and we’re very busy on the building side of things.”

As his family’s business has been for more than 120 years.

“We’ve been around a long time in Western Mass. We work roughly from Pittsfield to Worcester — that’s our zone — and there aren’t many mid-size contractors of our size left in Western Mass.,” he said, noting that the firm generates about $40 million in sales each year. “There are a few bigger firms and several smaller firms out there, but we’re happy with the size we are; it’s a good size. And we’re thankful just to be able to be working every day and be around as long as we have.”