How Your Money Myths Limit Your Financial Success 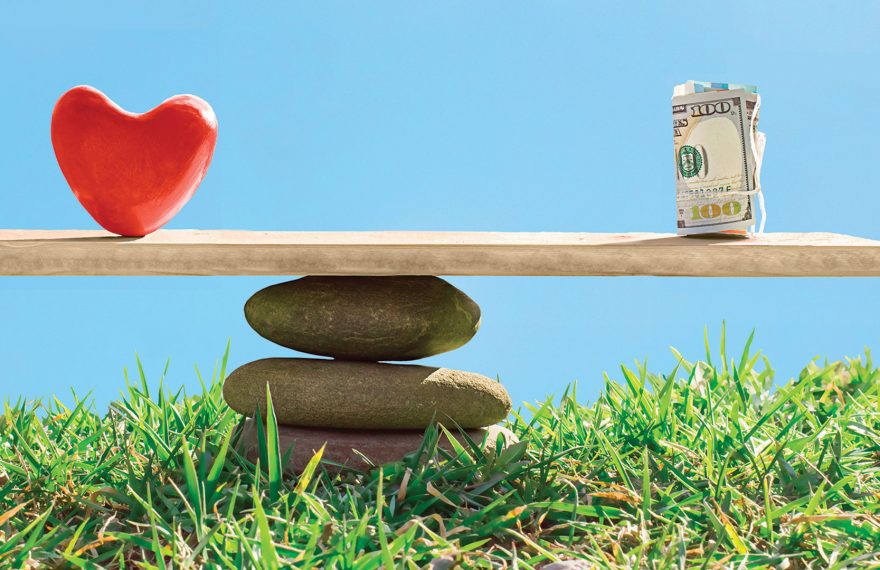 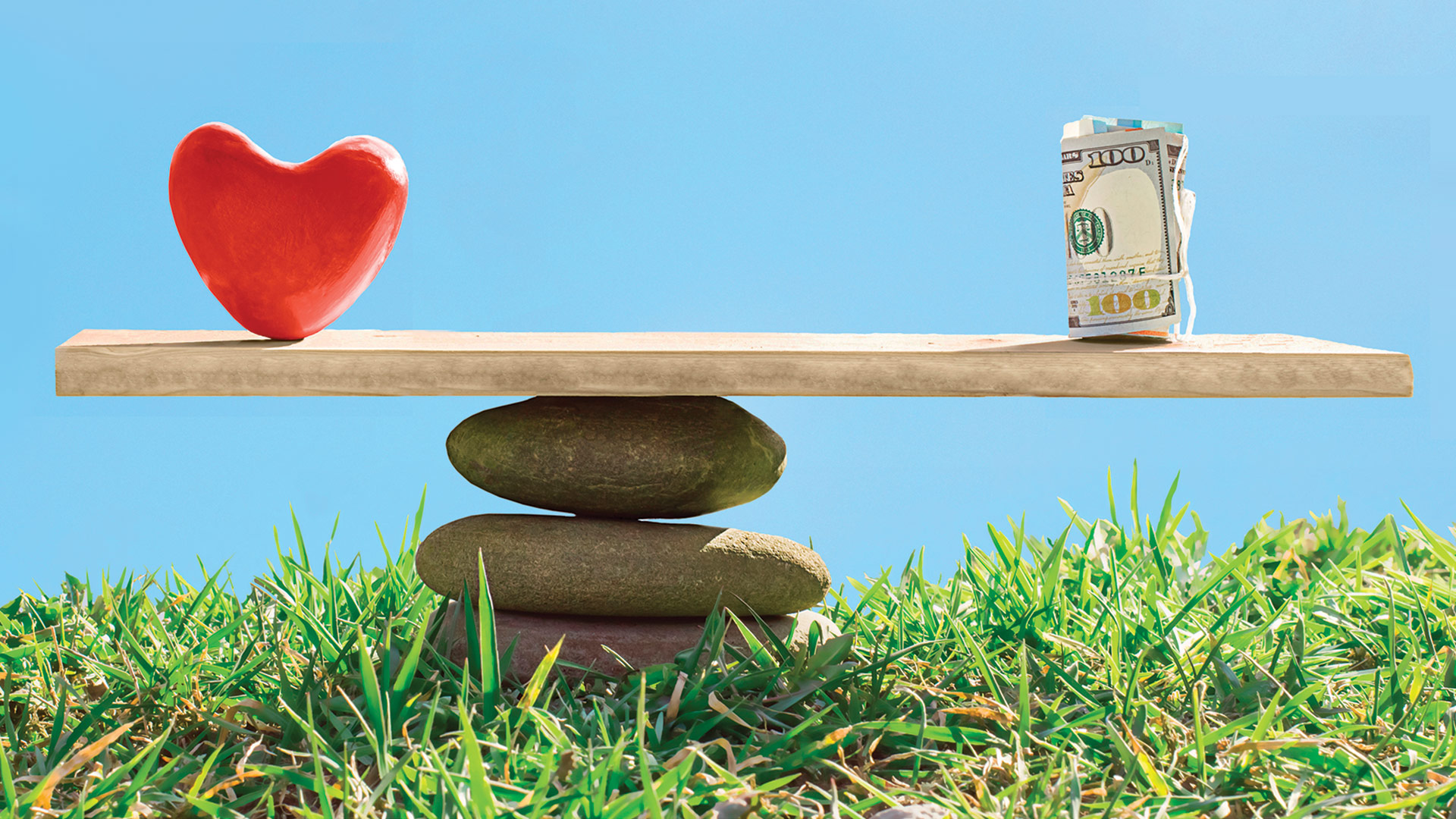 There are many myths concerning money, with many of them transcending generations of people in the same family. The truth is that many of these myths — including the one about how money will make you happy and solve all your problems — are false. Worse, these myths tend to limit one’s thinking and limit their financial success.

Most people do not realize they have myths about their money.

And even more people don’t take the time to analyze where these myths come from and why people hold them to be true.

I have worked with thousands of people over the past 41 years as a financial advisor. In the process, I have identified 15 myths people have about their money, which limit their financial and personal success.

A myth is defined as “an unproved or false collective belief that is used to justify something.” The biggest myth we have about money is that “it will make me happy and solve all my problems.”

Do you think money makes you happy?

Are you sure? Want to bet?

Did you know that 90% of all lottery winners go bankrupt within three to five years of winning the lottery? I’m talking millionaires. And the majority have stated they wish they never won the money. They’re miserable, depressed, and suicidal. How can this be? 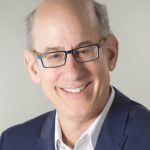 “I am convinced that your money myths limit your thinking and impact how you approach your life and your finances.”

This happens because the most important thing in their life has been to get money, and now that they have it, they have no idea what to do with it. They often go on a massive shopping spree and buy all sorts of material items that don’t bring any lasting joy or fulfillment. And, more importantly, they stop working or doing anything productive to give their life purpose, meaning, and real value. What they fail to do is stop and ask themselves, “beyond money, what makes me happy?”

I am convinced that your money myths limit your thinking and impact how you approach your life and your finances. The three biggest financial myths most people have are:

1. My home mortgage needs to be paid off when I retire so I don’t have a payment;

2. I’ll be in a lower tax bracket when I retire; and

3. My home is an investment.

My father believed all three of these myths. When he retired, he and my mother moved to Florida to build the house of their dreams, on the golf course of his dreams. He was going to pay cash for that house — $500,000. He was 68 at the time. I said, “Dad, I want you to take out a mortgage instead.”

My dad was shocked. “A mortgage! For how long?”

“Thirty years!” my Dad bellowed. “I’ll be dead before it’s paid off!”

To which my father asked, “what will your mother do?”

When my dad passed away, I sold my mother’s home in Florida, at a $100,000 loss. This was 2005, and the real-estate market in Florida was overbuilt, and no one wanted to be on a golf course. So much for the third money myth about your home being an investment. I than moved my mother back north and built her a home in an over-55 community. She was 79 at the time, and she said to me, with a twinkle in her eye, “son, do I get to take out a mortgage?” My mother is now 94, and she still has a mortgage — at 2.5%.

What does my mother care about? She only cares that she has enough money to pay for everything she desires to do. What do I care about? That I’m not tying up her money in a ‘dead asset’ — her home. She can’t eat it or drink it, and it doesn’t generate any income for her. And it is not an investment. I know I can make more than 2.5% on her money by using OPM to generate her even more income.

The key to being financially successful with your money is to understand how to maximize OPM and USM to make money on ‘the spread.’ The spread is the difference between what it costs to use other people’s money and what you can make investing your money somewhere else.

Let me add one big caveat to this discussion. If, psychologically, you must have your mortgage paid off so you can sleep at night … then pay it off. I always say psychology trumps economics. Just remember, you may feel good having it paid off, but economically, you won’t make as much of a return on your money and your assets.

Charlie Epstein is an author, entertainer, advisor, entrepreneur, and principal with Epstein Financial. He also presents a podcast, Yield of Dreams; yieldofdreams.live; (413) 478-8580.

It’s Important to Act Based on Facts, Not What You Think You Know

In the realm of estate planning, the following myths are rampant. You may have heard them, or even believe them, yourself.

As it is not possible to make proper decisions with incorrect information, it is important to dispel these myths.

Myth 1: “If I need to go into a nursing home, Medicare will pay for my care.”

This myth may very well be perpetuated by the fact that ‘Medicare’ sounds very much like ‘Medicaid,’ which does pay benefits for nursing-home care for qualified applicants. Medicare Part A will pay for medically necessary inpatient care in a skilled-nursing facility, but only following a three-day hospital admission. 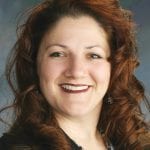 “The best estate-planning legal advice comes from a qualified estate-planning attorney, who will explain the options that best suit your unique situation and help you choose the best option for you based on correct information.”

In this case, Medicare will pay for up to 100 days of skilled-nursing care or rehabilitation services. The actual length of benefits could be much shorter than 100 days if those services are no longer required.

When Medicare benefits are available due to a qualifying hospital admission, Medicare pays 100% of the cost for the first 20 days, but only 80% of the cost for the next 80 days. Most Medicare recipients also have Medigap insurance, which will pay the balance not covered by Medicare. When Medicare benefits are exhausted, an alternative payment source is needed to pay for ongoing nursing-home care.

This alternative source could be long-term-care insurance benefits, private payment from income and assets, and/or Medicaid. For qualifying individuals, benefits from the Veterans Administration may also be available.

Myth 2: “I can give away assets and then obtain Medicaid benefits to pay for my nursing-home care.”

To reach this asset limit, most hope to give away excess assets, usually to their children. The Medicaid program imposes a penalty when any assets are given away within five years of the application for benefits, except in very specific circumstances. This penalty results in the applicant being unable to obtain Medicaid benefits for at least five years after such a gift is made.

This myth emanates from the federal gift-tax system. There is currently no gift tax in Massachusetts. In 2020, you may give up to $15,000 to as many people as you want without having to file a federal gift-tax return. The amount that can be gifted is stated incorrectly in the myth, as most people remain unaware of the ongoing increases in the allowable gift amount, which is known as the annual gift-tax exclusion. Also, in 2020, even if a gift-tax return must be filed because more than $15,000 is given to one person in one year, the giver of the gift will not pay any gift tax until they have gifted more than $11.58 million during their lifetime.

All gifts made that exceed the annual gift-tax exclusion will reduce the estate-tax exclusion available at the death of the giver of the gift. Thus, if you have $115,000, and you give all of it away in one year to one person, then you will need to file a federal gift-tax return. You will not owe any gift tax because the gift itself does not exceed the lifetime threshold, but when you die, the amount of assets you would have been allowed to pass without paying estate tax will be reduced by $100,000 (the amount of the gift that exceeded the annual exclusion amount).

Myth 4: “When I die, if I have a valid will, my estate does not have to go through probate.”

The assets in your probate estate are those that, when you pass away, are held in your name alone and do not have a designated beneficiary. Whether probate is needed is not based upon whether you have a will; rather, it is based upon how your assets are owned when you die. If you leave probate assets, then in order for your will to ‘speak,’ a probate estate must be opened. To avoid probate, you would need to have all assets held jointly or in a trust or with a designated beneficiary.

Although the above myths remain popular, they are not accurate. The best estate-planning legal advice comes from a qualified estate-planning attorney, who will explain the options that best suit your unique situation and help you choose the best option for you based on correct information.

Gina M. Barry is a partner with the regional law firm Bacon Wilson, P.C. She is a member of the National Assoc. of Elder Law Attorneys, the Estate Planning Council, and the Western Massachusetts Elder Care Professionals Assoc. She concentrates her practice in the areas of estate and asset protection planning, probate administration and litigation, guardianships, conservatorships, and residential real estate; (413) 781-0560; [email protected]