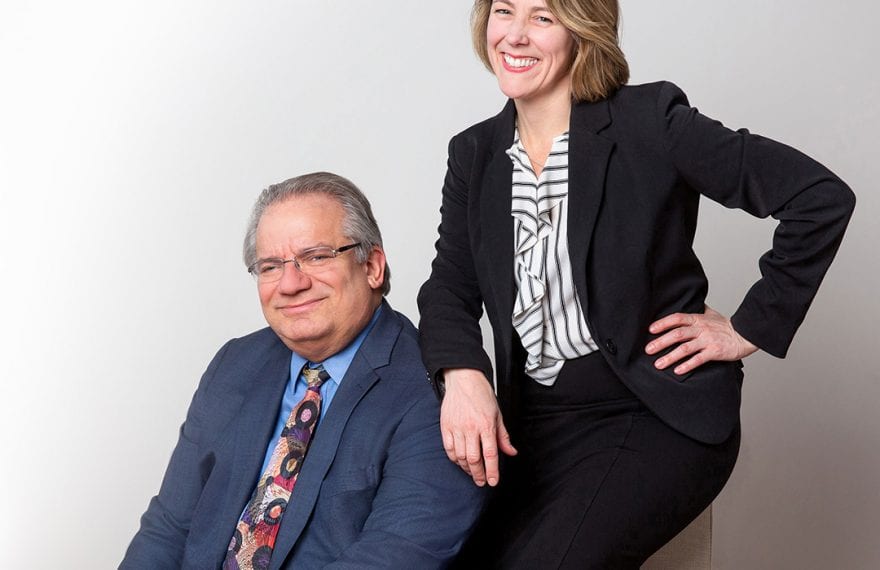 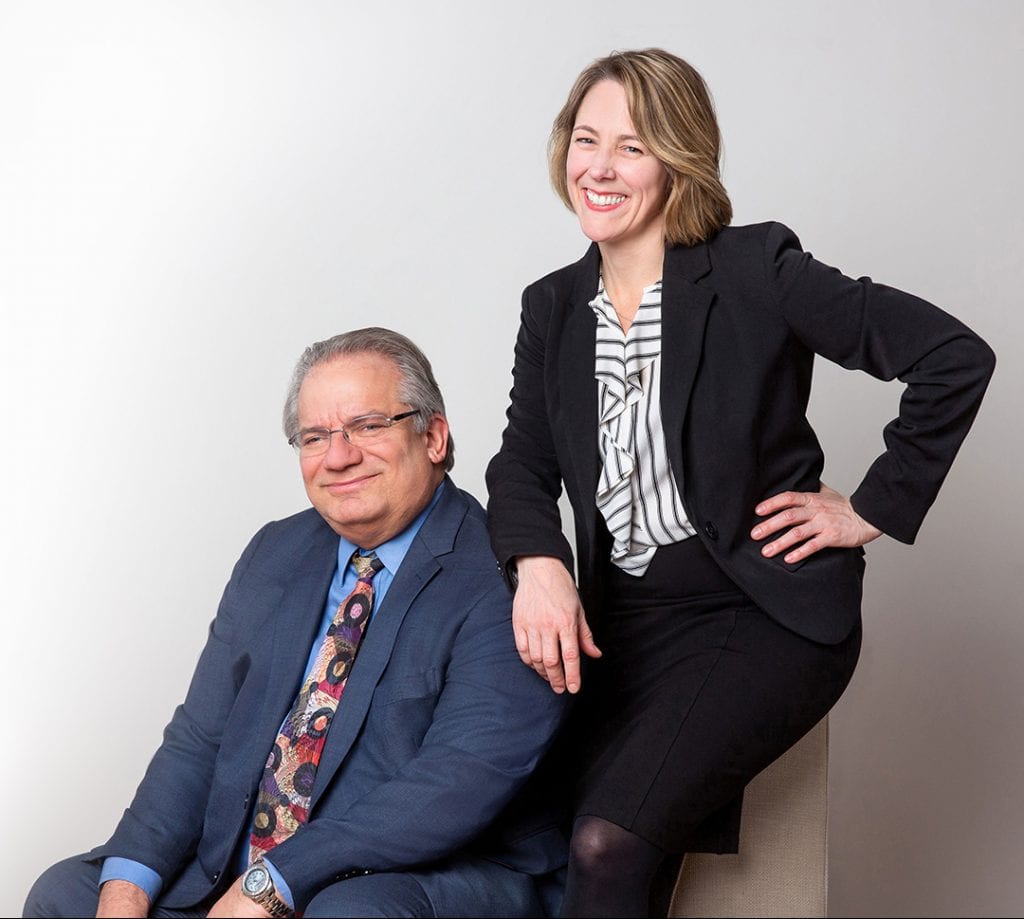 As the founding director of the Family Business Center of the Pioneer Valley, Ira Bryck has spent countless hours talking about the importance of succession planning and how to execute it properly. When it came time for his agency to transition, he — and his board — followed his own advice.

Ira Bryck knew it was time — as in time to put a succession plan in place — when he attended a gathering of family business center directors just over a year ago, took a quick look around the room, and concluded that he was the only first-generation leader still on the job roughly a quarter-century after this “movement,” as he called it, began.

“They were all second- and third-generation administrators,” he said of the other 39 people in the room. “I was the elder statesman, and that was a wake-up call.”
He laughed as he recalled this — it was one of those Baby-Boomer-realizing-he’s getting-on-in-years laugh — but there was considerable seriousness in his voice as he talked about the subjects of succession and succession planning.

As leader of the Family Business Center of the Pioneer Valley Inc., and as a fourth-generation member of a family business himself, he knows that far too many companies, large and small, don’t have succession plans, or don’t have them until it’s too late.

For this reason, the transition in leadership at the FBC, as it’s called, from Bryck, whose name is pretty much synonymous with that agency, to Jessi Kirley became not just a succession, but what amounted to an exercise in successful succession planning.

And, no, these two are certainly not shy about using that phraseology this early on — just as Kirley is about to officially take the reins at the FBC’s 25th anniversary gala next month at the Log Cabin. They really believe that this is how it should be done.

“The family business, as a topic, has a lot to do with succession, and I have coached a lot of other people how to go through succession, and I did see it with my own family,” said Bryck, who will remain with the FBC on a very part-time basis working on special projects and coaching. “I believe what we’ve done here is a good model to follow.”

Kirley concurred, and noted that this transition has been different from most she’s observed in the way that the process used has enabled her to establish relationships and trust with the board and the FBC’s members before her tenure officially began, helping to ensure a smooth passing of the baton.
“Ira’s been talking about this transition for a long time,” she explained, “giving the members time to absorb it, to ask questions, to share concerns, and being really available.”

Elaborating, the two said the board of the FBC, which currently boasts nearly 60 members, was involved in not only making sure Kirley was a proper fit — she and Bryck both took a battery of personality tests — but that the transition was given the time, resources, and blueprint to help ensure success.
By time, they meant nearly 10 months of the two working together at the FBC, and by resources, they meant the payroll flexibility to have them both on the clock for that extended period. 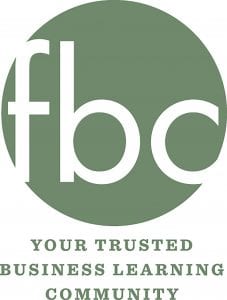 And by blueprint, they meant a plan of action whereby Bryck would hire a program manager who then would be assessed to determine if he or she had what it took to become the FBC’s second executive director. And for this assessment, the chosen candidate (Kirley) would quickly start making key decisions and assuming a leadership role.

“One of the first things I said to her was, ‘I’m throwing you in the deep end of the pool and making sure you don’t drown,’” said Bryck, adding that this strategy paid off. “Right away, she took ownership.”

Kirley agreed, and described this succession as a “slow, conscientious hand-off.”
For this issue, BusinessWest takes an in-depth look at this handoff to detail both this important change at the FBC at its 25th anniversary, and also the manner in which this became what Bryck and Kirley both believe could be a model transition.

Bryck called it a “rainy-day fund.”

That’s what the FBC, like many businesses, agencies, municipalities, and states, calls money put aside for emergencies and unforeseen expenses.
It was this account that was tapped to enable Bryck and Kirley to be on the payroll for several months together — budget flexibility that they readily acknowledged that many businesses and nonprofits don’t have.

The FBC didn’t officially rename the fund, but Kirley did unofficially, suggesting that it might be called the ‘growth and sustainability fund.’
Such thinking helps explain the mindset that all those involved in this transition — Bryck, Kirley, the FBC’s board, and its membership — took with this exercise.

“One of the first things I said to her was, ‘I’m throwing you in the deep end of the pool and making sure you don’t drown.” 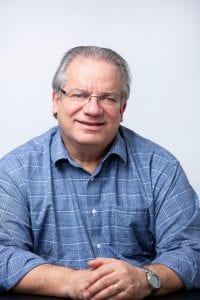 It was, indeed, a slow, conscientious handoff, one designed to secure perhaps another 25 years for this agency, devoted, as the name suggests, to providing education and insight to those involved in family businesses — however they are defined, and there are several working definitions.

And while this story officially began with Bryck walking into that conference meeting room, it started to gather steam when he got back. Not long after, he talked with his board and conveyed the need to start the process of succession.

“I knew I needed to find someone who did what I did, but would do it differently if they really wanted to increase the capacity,” said Bryck, “and do the second quarter-century the right way.”

This was a huge moment in the FBC’s history, because Bryck had been there from the beginning and was (and still is) quite popular with members — and for many reasons.
They include his innovative methods — right down to writing and then performing plays about various aspects of being in business with family members — as well as a hands-on approach and first-hand experience with being in a family business, specifically a children’s clothing store.
So it was important not only to pick the right successor but orchestrate a smooth transition that would not only retain members, but create momentum and enthusiasm for the next 25 years.

The process started with finding the right person. Kirley was recommended to Bryck by a mutual friend who, Bryck recalled, kicked things to a higher level with the comment, ‘why haven’t you hired Jessi Kirley yet?’ 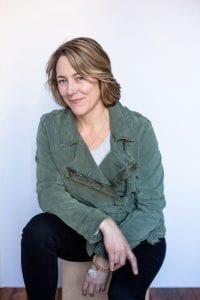 Jessi Kirley says the deliberate, well-orchestrated passing of the baton at the FBC helped her build confidence before officially taking the helm.
Photo by Sandra Costello

After several interviews with Kirley, who was looking for a new challenge after working in administrative positions for a succession of healthcare-related businesses, Bryck decided she had the requisite skills and potential. And she decided that was where she wanted that search for a new challenge to end.
“It was clear that there was a growth-oriented mindset built into the fabric of what Ira has created over 25 years,” she recalled. “I felt like I was home, that I was around people who want to learn and love and care for their business; it’s what I had always been looking for.”
Thus began a lengthy process of making sure she was the right fit for the executive director’s position, one that included several personality assessments, for both Kirley and Bryck.

“They wanted to make sure that she had the leadership style, the ability to gather a community together, and the ability to tap into what a lot of people have in common,” Bryck explained. “They also wanted to determine if she was coachable and if she could scale this over the next 25 years.”

Bryck originally thought this process of evaluation and eventual succession would take roughly two years. But in practice, it has gone much more quickly, roughly 10 months, in part because of that decision to throw Kirley into the deep end of the pool.

“He let me try things,” she recalled. “Within my first month, he let me book a speaker, which was a big risk for him. He’s let me try to throw on new systems that ask him to do things differently. He could have said, ‘we’re going to do things this way, and then when you have full reins, you can do what you want,’ but he didn’t.

“There’s something to be said for taking risks with a safety net,” she went on. “Having Ira there and being able to test ideas and try things little by little … I don’t know if enough rising leaders get to do that. And it built my confidence quicker, as well as my credibility, and it allowed us to know sooner that this was going to go well.”

“There’s something to be said for taking risks with a safety net.”

Bryck and Kirley acknowledged that certainly not all businesses and nonprofits can transition in this manner. Many simply wouldn’t have the payroll flexibility or an environment that would allow responsibilities to be shared in such a manner. But when possible, they said, the slow, conscientious handoff could help ensure a successful succession.

Several weeks ago, both Bryck and Kirley both went to the 2019 edition of the gathering that triggered this succession process.
Still the elder statesman in the room, Bryck felt much more comfortable this time, because he no longer had to be concerned about succession; he and his board had found a successor.

Not only that, they provided to their members a real-life demonstration of how to put a plan in place and then execute it.
And that’s something else to celebrate as this important resource for the region’s business community celebrates a critical milestone and moves on to what’s next.