The Advertising Club of Western Mass. asked marketers across the region to show them some magic this year, and now the group is gearing up to return the favor.

On Thursday, March 20, the Ad Club will unveil the winners of the regions second annual ADDY awards competition at a ceremony at CityStage that will feature a magical theme. Kicking off at 5 p.m., the ADDY awards will begin with a cocktail reception at which all of the regional entries will be on display for viewing. In all, 170 entries were received this year representing various media, including print, Web, radio, and television, from creative firms and in-house marketing departments across all four counties of Western Mass.

In addition to the entry displays, however, which this year will include two multi-media stations to view or listen to audio-visual projects, the reception will feature magician and mentalist Michael Paul, who recently completed a show in Las Vegas and will circulate through the crowd performing his unique brand of tricks.

Continuing this visual theme, members of the Nimble Arts circus production company, an award-winning collection of performers based in Brattleboro, Vt., will lead attendees into the main event with a floor acrobatic display, followed by a trapeze act performed by the companys founders, Elsie Smith and Serenity Smith Forchion.

Following the performance, trophies will be presented to winners, and Paul will perform a more formal magic act for the audience as part of the festivities, which will conclude with a coffee and dessert finale.

The advertising collateral for the event, including posters, invitations, and tickets, also promotes the show us your magic theme, and were designed by last years winner of Best in Show, Winstanley Associates of Lenox.

Representing the first level of a three-tier national competition for the advertising and marketing industry, the regional ADDYs recognize creative excellence in all media including print, broadcast, interactive, out-of-home, and public-service advertising. Those contestants who take home a silver or gold ADDY are eligible to continue on to the next, national level of competition.

The AAF, which is headquartered in Washington, D.C, is the countrys leading trade association for the advertising industry. The Ad Club joined late last year, and the ADDY awards competition has replaced the Ad Clubs former annual competition, the Creative Merit Awards.

The national ADDYs will be awarded in June 2008. 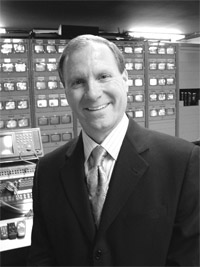