Judie Terapulsky, inside the restaurant the bears her name, stands in front of an original painting by Donna Estabrooks.

Judie Terapulsky still waits tables at the restaurant that bears her name. She also continues to tend bar and help in the kitchen, as well as conceive new, intriguing dishes regularly.

And she’s not above peppering the guests.

Indeed, a visit to Judie’s might result in a little dusting from the grinder, courtesy of the restaurant’s self-described live wire. If it doesn’t, some regulars leave somewhat disappointed.

It’s one part of “having fun at work,” she says, a large piece of the Judie’s culture created by its owners — Terapulsky, David Williams, and Katie Eagan — that has led to some impressive benchmarks of success, including a smattering of celebrity guests over the years and a dash of accolades — among them Terapulsky’s distinction as the Mass. Restaurant Assoc. ‘Restaurateur of the Year’ not long ago.

She and Williams spoke with BusinessWest about this unique eatery’s history, as well as its plans for the future.

Williams said the idea for Judie’s started to germinate in 1977, while dining at the Lord Jeffery Inn in Amherst, where his preferred server — and the establishment’s part-time baker — was Terapulsky, a Bronx native and transplant to the Pioneer Valley.

“She was a personality who gave spectacular service,” said Williams, “and a budding young chef.”

He later found that Terapulsky also possessed a bachelor’s degree in Home Economics from Indiana University, in addition to a desire to advance her culinary career.

Williams, an architect, had completed a number of retail-centered design projects by the mid-’70s, and saw an opportunity to take a slightly different tack and test the waters of the restaurant business. He and Terapulsky joined forces (Eagan was recruited as operating manager in 1981 and was made partner in 2002), and set out to find a suitable location in Amherst. They found one at 51 North Pleasant St., where Judie’s still operates today.

Two months after finding the spot, the property was purchased and renovations begun, with Williams blueprinting a design that would reflect the unique dining experience Terapulsky hoped to create.

“We had certain basic ideas,” he said, “but the key was authenticity, and maintaining a strong image that included Judie as the frontrunner.”

Meanwhile, Terapulsky began work on both the menu and ambiance of the restaurant that would bear her name. She was looking for something new and different, but also user-friendly — a menu that would cater to tourists as well as the area’s professional set.

“I came in with my own menu concept of ‘light eating,’” she said. “It was a lunch-for-dinner, dinner-for-lunch kind of idea.”

Shortly thereafter, a visit to Boston’s Faneuil Hall and one innovative eatery in particular — the Proud Popover, no longer in operation — gave Terapulsky the inspiration for her signature menu item: football-sized popovers that are part of nearly everything they do at Judie’s, from salads to desserts.

“I made them the centerpiece of the menu,” she said, “and we crank out a zillion popovers. But there are many other signature items here, too.”

Terapulsky says she can name about 12 such menu standouts, including ‘Soupers’ (a soup, salad, and popover combo), and white chocolate bread pudding, as well as poppyseed dressing and apple butter, both of which are packaged and sold at the restaurant and through its Web site.

Those signature dishes serve as anchors among Judie’s ever-changing menu, appeasing regulars while creating a buzz that attracts new diners.

“Part of the concept here is the invention of new food, so our menu simply isn’t big enough for us,” said Terapulsky, adding that unlike a more conventional list of specials, the one at Judie’s fills a page or more each day, and accounts for one-third of the restaurant’s total sales.

She attributes the popularity of that inventive approach to Amherst’s constant influx of new diners, as well as the town’s overall acceptance of innovative cuisine.

“Amherst is a hub of activity, and this market was ready for us,” she said. “We have people traveling here from all over the world to visit the colleges regularly, and travelers are often looking for a cosmopolitan dining experience that is unique and different.”

In addition to interesting food choices, offered in small sizes and larger portions and created by Judie’s chef Michael Babb, Judie’s has also maintained that ambience its owners first set out to create — in ways both small and large.

Rooms with a View

The greenhouse dining area, added in 1983, for example, was designed to sit high enough up from the street that diners don’t feel stared at as they eat. Meanwhile, wine is offered in single and double sizes, to comfortably appease those who might like half a glass, or conversely a second glass without the hassle of reordering.

The restaurant’s walls are decorated with the vibrant, mixed-media paintings of artist Donna Estabrooks, which are also for sale, and a closer look often reveals suspicious sprinkles of pepper on the bar, the tables, or the hostess stand; Terapulsky remains infamous for positioning the grinder over plates, pockets, and under the occasional ball cap.

But the most notable change in the works to further enhance the Judie’s experience is the expansion now underway, which will double the restaurant’s size to about 6,000 square feet.

The expansion, which will increase bar seating and open up new dining and event space, raising seating capacity from 93 to 170, is slated for completion in May. It’s taking up the area once occupied by Barselotti’s tavern, already owned by Williams, Eagan, and Terapulsky, who purchased that landmark in 1983 to create a buffer between Judie’s and other potential eating establishments.

The project is expected to cost about $750,000, and Williams has again stepped to the plate to lead the design of the expansion, construction of which is being handled by Integrity Development and Construction of Amherst.

Terapulsky said the new bar will be “outrageous,” including contemporary metals, skylights, oversized mirrors, and a few select double-wide bar seats for couples. The neon sign that was a big part of Barselotti’s will be added, as well as a few tweaks to the menu, to offer more diversity in meal sizes and offerings.

Williams said he expects the restaurant to remain open during normal hours throughout construction, save for perhaps a few days to erect its new, updated kitchen.

As for the long view, Williams said Judie’s shows no signs of slowing down despite its long history in Amherst. In fact, it is moving into a higher gear.

“We’re in our 30th year, and not many restaurants can say that,” he said.

Nor can they boast an owner who maintains a steady schedule as waitperson or bartender, and avoids alienating her customers at all costs, even as she crushes fresh pepper into their shirt pockets.

“Expect the unexpected, that’s our motto,” she says, “and we really mean it.” 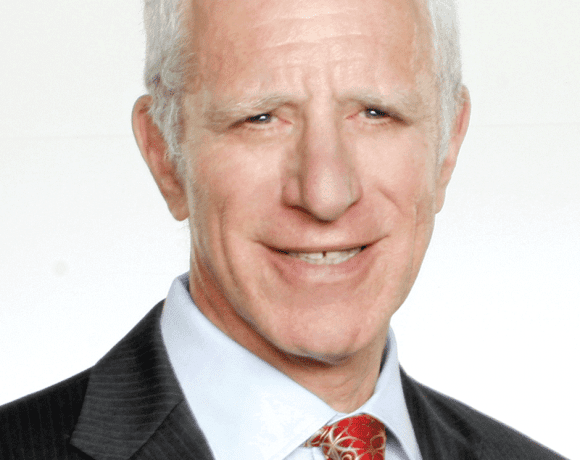