A new law will take effect in Massachusetts on July 1 relative to guardianships. This issue has been debated and discussed for more than 20 years, and this law is intended to create uniformity among all states across the country; 13 states enacted the law in 2008.

Until now, in Massachusetts, most issues regarding the administration and legal requirements of guardianships were decided on a case-by-case basis. The new law is more than 100 pages long, and one article applies primarily to the protection of disabled people and their property.

Most provisions of the Uniform Probate Code relating to the settlement of deceased peoples estates do not become effective until July 1, 2011. In Massachusetts, however, over the past year, changes have been made to both the petition for guardianship of a person and the medical certificate required to be filed with the court for a finding of incapacitation. These forms were implemented in order to reflect societys changing view of incapacitated individuals and preserve those peoples rights.

The court has redefined the requirements to determine that a person is incapacitated when they are unable to attend to their own affairs and are in need of a guardian. In addition, some of the terminology that was utilized for many years is now going to be changed. As an example, in the past, a person who was determined by the court to be incapacitated was referred to as a ward. This term is now reserved solely for the guardianship of a minor. Any other person who needs a guardian is determined as an incapacitated person, a person in need of services, or a protective person. Court personnel, attorneys, and the public will have to learn the new terminology as well as, potentially, new forms, procedures, and standards.

Here are some of the highlights of the measure:

With proper execution while competent, these two very important documents allow a person to make decisions for himself or herself and avoid the need for guardianship. Naturally, if there is disagreement within the family over decisions made by the agent under the health proxy or power of attorney, the family would be able to bring a petition with the probate court and seek to either have the agent removed or have a guardian or conservator appointed.

However, information in prior documents must be disclosed on the petition for guardianship filed with the court so the judge will have information as to whom the protected person nominated while he was still competent.

Under the new act, the guardian may have to request specific authority to have a protected person institutionalized in a long-term care facility. Hopefully, this special request can be made within the original petition for guardianship. If not, then after a guardianship is allowed, the guardian may need to file a separate or supplemental petition for additional authority to require the permanent institutionalization of the protected person. Naturally, this will cause additional emotion, time, publicity, and cost.

Within the framework of the new law, there is additional language that encourages the courts to review guardianships and possibly allow one on a limited basis, rather than making a full determination that the person is incapacitated and has no rights to make any decisions regarding his or her own care and finances.

In the past, it was the duty of a guardian to file an account with the probate court. As a condition of their bond, the new law mandates that the guardian/conservator report all assets that may be coming under their control within 60 days following their appointment and file an account on an annual basis. With the advent of new, sophisticated software, it is likely that the court will be proactive in requiring fiduciaries to file accounts.

All in all, these changes are intended to further protect the rights of anyone needing guardianship. Hopefully, the provisions of the new law will be carried out as intended and enacted. 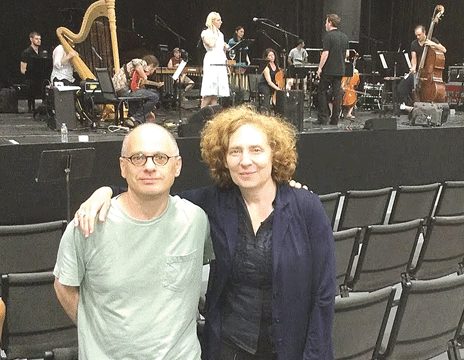