Cultures Connect with a Purpose at International Language Institute 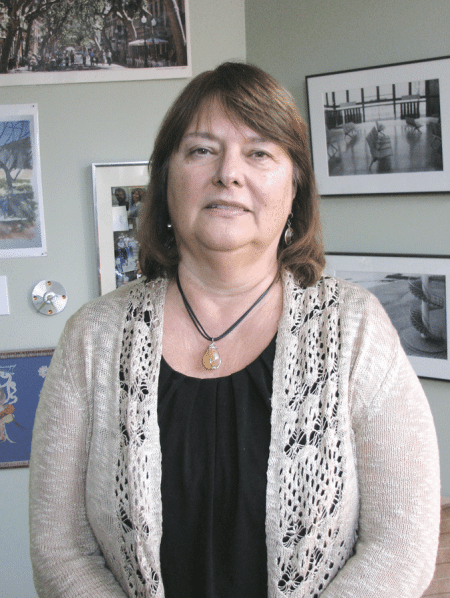 Alexis Johnson says she emphasizes using a new langage immediately and not stressing over every detail.

In 1984, Alexis Johnson was a language teacher without a job. But she didn’t lack for vision or passion.

“Thirty years ago, another teacher, Janice Rogers, and I were working for a school that closed, and we said, ‘what are we going to do now?’” Johnson told BusinessWest.

The answer they settled on was a language school, one that would meet the needs of myriad clientele, from local non-English speakers aiming to improve their workplace communication to student visa holders preparing for college stateside, to Americans skilled in other languages seeking training to become teachers overseas.

“We said, ‘let’s go for it,’” Johnson went on. They expanded a language program Johnson had already begun at Hampshire College and opened the International Language Institute in Northampton in August 1984. “We had both taught for a long time. I’m passionate about teaching — but especially good teaching.”

That drive for excellence has helped her lead the International Language Institute (ILI), now located in Northampton, for three decades. She takes pride in comments like the one she heard after a Spanish class at the South Deerfield offices of Dr. Hauschka Skin Care, which wanted its employees to better communicate with the region’s large Hispanic population.

“I started a Spanish class with Dr. Hauschka,” Johnson said, “and a woman told me, ‘I learned more in the first five minutes than I did in high school.’”

That’s no accident, but a direct result of ILI’s teaching style, which ditches rote memorization for an immersion approach where constantly putting language into practice, student to student, trumps getting every word perfect.

“You’re not memorizing things; you’re not talking about stuff that doesn’t interest you,” she said. “We have wonderfully trained teachers getting people to use the language rather than memorizing it. I want people to have fun; I want to hear laughter coming out of the classes. People are coming here after work, they’re tired, the roads are lousy … at the end of class, we want people saying, ‘what time is it? It’s over?’ We want it to go by quickly because they’re having fun.”

Thirty years have gone by quickly at ILI, but Johnson anticipates no slowdown in the need to communicate across cultures.

Perhaps the most well-known of ILI’s programs is its World Language Program, which teaches a number of languages to students with a variety of goals. Some have a son or daughter marrying someone from another country. Others want to boost their communication skills on the job — or their employees’ skills — in an increasingly multi-cultural world, from the Spanish-language learners at Dr. Hauschka Skin Care to a midwifery practice in Framingham that brought in an ILI instructor to teach Portuguese.

“In our World Language Program, we have taught a lot of Spanish, French, German, Italian, and Portuguese,” Johnson said. “We’ve also taught Swedish, Greek, Japanese, Chinese, Russian, Catalan, and Esperanto. People take classes here, and we can also do these on site.”

Again, she stressed the open, interactive nature of the classes, where students are encouraged to seek connection and broad understanding above nailing the details, which invariably come later.

On the flip side is the Intensive English Program, which offers an immersive education for international students, with 21 hours of instruction weekly. 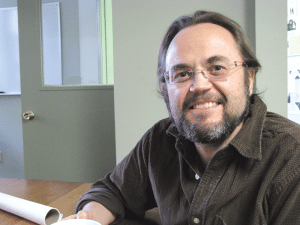 Chris Elliott says many people coming to America to study need a “soft place to land” to acclimate to the language and culture.

“The program has become increasingly academic to meet the needs of aspiring college students — young 20- and 30-somethings who plan to attend American universities, and come here with variying English levels,” said Chris Elliott, the program’s coordinator. “Some are Fulbright scholars with basic English proficiency for college; they just need a soft place to land to acclimate to American culture. Some have English proficiency but don’t know how to write essays. At the other end of the spectrum, some students come in as true beginners. They know this is a long-term plan, and we help them over a year or two to develop their English.”

ILI boasts partnerships with colleges and universities like Bay Path, Elms, Western New England, and Springfield College, added Caroline Gear, the institute’s director. “We help prepare the students so they can transition to life in the university. We are their landing place so they can make a smooth transition and be successful.”

That academic group, with the goal of English proficiency for college, comprises about half the Intensive English Program enrollees, while another 40% or so are career professionals who want to improve their English to advance in their companies, Elliott explained. A third, much smaller group are tourists who want to improve their English for travel.

“What all of these people have in common is, they need to come into a classroom where English is the only language spoken, so they can learn to use it in an effective way.”

Another popular ILI option is the Free Evening English Program, or FEEP, a partially grant-funded initiative that provides free classes for immigrants and refugees. The institute also relies on fund-raising events to support the program (it will be the sole recipient of the silent auction at the Paradise City Arts Festival over Memorial Day weekend), and would like to expand it soon.

ILI also offers a volunteer tutor program that trains English speakers to help students studying English. Other initiatives include private tutorials, workplace training in English and Spanish, and programs in Spanish, French, Italian, and other tongues at area colleges, including Hampshire College and Springfield College. “On other campuses,” Johnson said, “if they don’t have a program, we can help set them up.”

The other major component of ILI’s programs is teacher training, specifically the World Learning SIT TESOL Certificate program, which becomes the graduate’s ticket to teaching language, both in the U.S. and internationally.

“The program has people focus on ‘how do I do it, and how can I do it better?’” Johnson said. “It’s a wonderful program. Some people are looking for a new career. Some people got into teaching through the back door and didn’t think they needed training, but realized they did when they came here. It’s an opportunity to reflect and have people observe you, so you can improve.”

Susan Redditt has a doctorate in special education and has been teaching in that field for many years, but began to see a need for more comprehensive language instruction, so she enrolled in the certificate program to broaden her career opportunities.

“As someone who has been teaching a long time, to sit down and think deeply about my teaching … I don’t get that chance often with colleagues,” she told BusinessWest. “I realized, maybe I can do better.”

It helps that Redditt has a passion for helping people communicate across cultures. “Often, language is power. If you don’t have language, then you’re marginalized.”

Johnson, who speaks Spanish, Catalan, and varying degrees of French, Italian, and Esperanto, and has studied Arabic and Chinese — and would like to add other languages to her repertoire — helped initiate several of ILI’s key programs right at the start in 1984, including the Intensive English Program, the World Language Program, and FEEP. Today, the institute boasts 10 full-time employees and between five and 10 part-timers, depending on the month.

“What almost killed us was 9/11,” she said, noting that enrollment in the Intensive English Program, in particular, all but dried up in the months following the terrorist attacks. “People were afraid to come to the United States. A number of language schools closed after that — big ones, too. After that, of course, we were hurting financially. We had debt, and I was using credit cards.”

Thirteen years later, however, “we have no debt. It took a long time. We’re proud of that.”

She also continues to be proud of an interactive, student-to-student approach to language that surprised the Dr. Hauschka employees and continues to impress hundreds of other program enrollees.

“Adults are like kids — we need reinforcement; we need support,” she said. “I’d much rather students learn from each other than from me. When you’re using the language, not seeing it, you train your ear.”

That said, Johnson added, “even though there’s a lot of goofing around here, we take what we do very seriously. We don’t take ourselves seriously, but we take language seriously.” 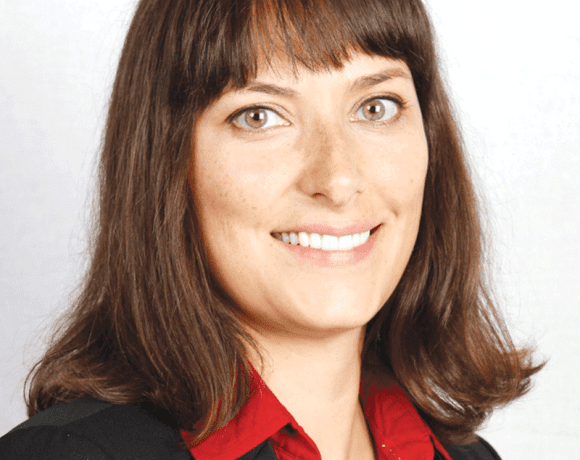