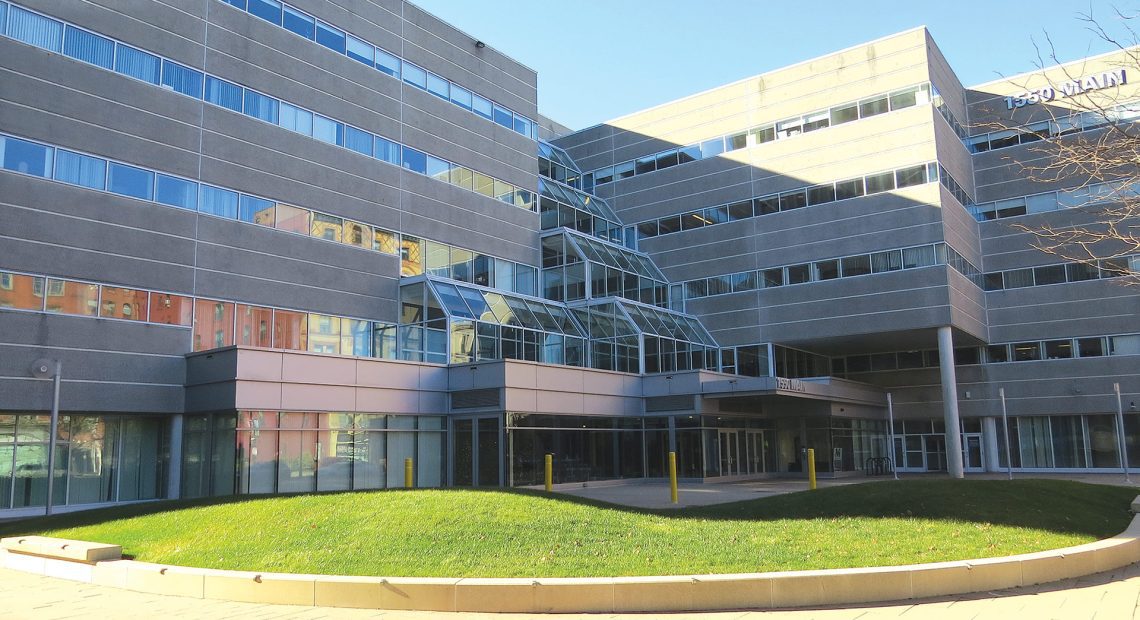 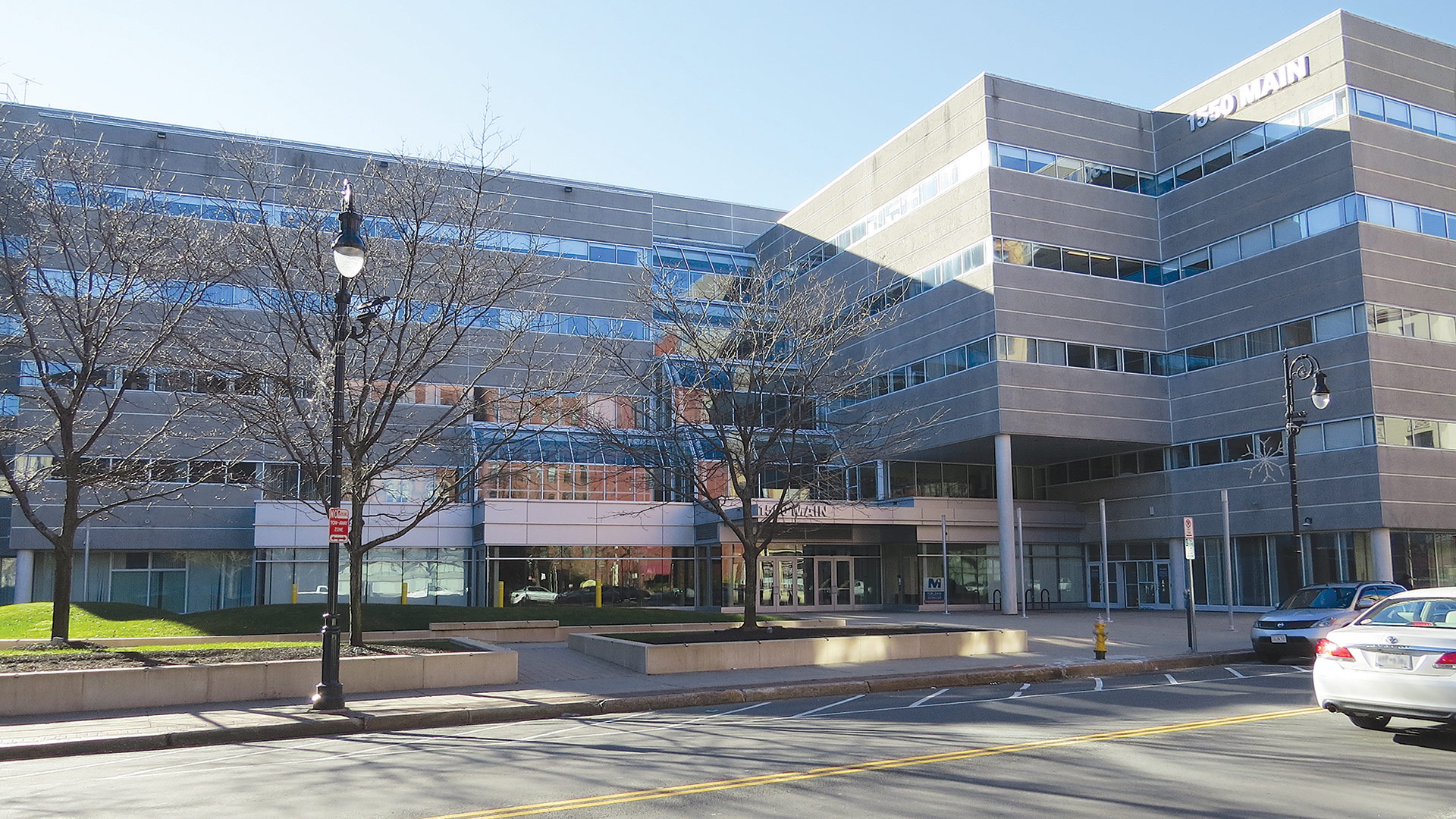 Vid Mitta acknowledged that the emergence of remote work and its impact — still to be determined in many respects — on the region’s inventory of office space was certainly a consideration when he and business partner Dinesh Patel were deciding whether to submit a proposal for the purchase of the 1550 Main building in downtown Springfield.

But ultimately, this was just one of many considerations, he told BusinessWest, adding that the others — as well as his firm belief that business owners and managers will always see value in having people working together in one place — convinced the two serial entrepreneurs to move forward and answer the request for proposals sent by the property’s now-former owner, MassDevelopment, early last year.

Mitta and Patel eventually prevailed in the bidding to acquire the property — formerly occupied by the U.S. Federal Court and currently home to tenants ranging from Baystate Health to the Springfield School Department — for $6 million.

As he talked about its prospects for the future, Mitta focused on those other considerations that played into this decision, especially that age-old axiom when it comes to commercial real estate — location, location, location. Beyond that, though, the current tenant mix, the timeline on current leases, and the good overall condition of the building also played a factor in generating a green light.

“These properties are connected, and they are the two best buildings in Springfield’s downtown for class-A space.”

“Remote work is the main thing that comes to anyone’s mind when we talk about office spaces today,” he acknowledged. “But look at the location — this is what we were looking at, as well as the maintenance and good condition of the property. These factors led us to see this as a good investment. When vacancies arise, people have choices, and they’re going to move into the best building possible.”

Thus, another chapter has begun in what would have to be called a developing story, in every sense of that phrase. That would be the expanding portfolio of properties now owned by Mitta and Patel, either individually or collectively.

Mitta told BusinessWest that 1550 Main St. was a common-sense addition to the portfolio, one that gives the partners a property that is essentially full (97% occupancy), with a stable tenant base that also includes the Internal Revenue Service, U.S. Immigration and Customs Enforcement, regional offices for U.S. Sens. Elizabeth Warren and Ed Markey, the law firm Alekman DiTusa, and an attractive, well-maintained property in the heart of the central business district.

“These properties are connected, and they are the two best buildings in Springfield’s downtown for class-A space,” he said of 1550 Main and Tower Square. “With these properties, we’ll be well-positioned to attract new tenants looking for quality space.”

The property that has come to be known as 1550 Main was acquired by MassDevelopment from the federal government in 2009. At that time, it was roughly 70% occupied, said a spokesperson for MassDevelopment, adding that, after achieving all its stated goals for the property, the agency decided to put the property up for sale through a disposition process to allow it to refocus its efforts on other projects. 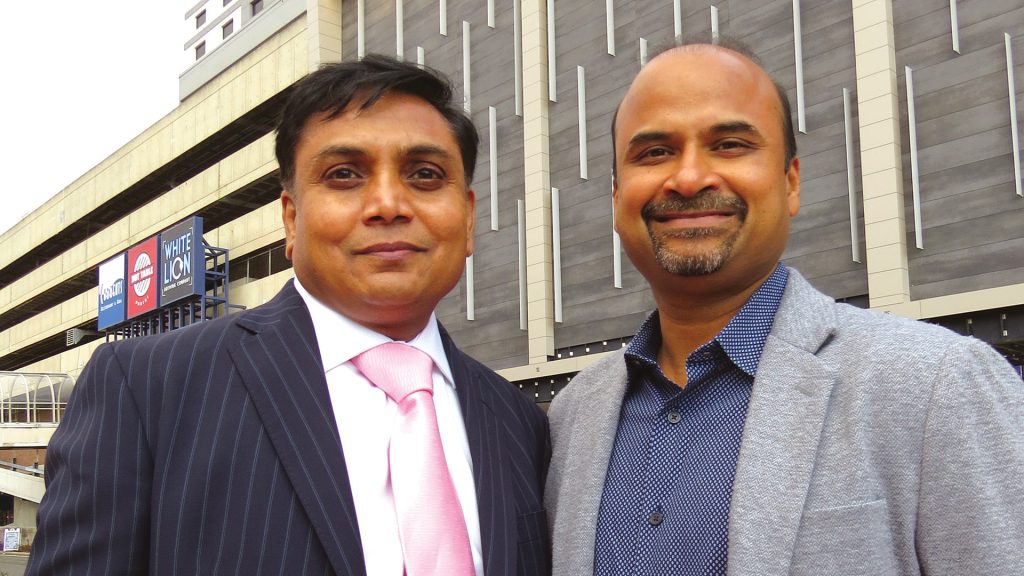 Dinesh Patel, left, and Vid Mitta, who together orchestrated a stunning turnaround at Tower Square, believe 1550 Main St. is a logical addition to their growing portfolio of commercial real-estate properties.

That includes an initiative in Greenfield, where MassDevelopment is partnering with the city and the Community Builders in the acquisition and redevelopment of the former Wilson’s Department Store property in the heart of the community’s downtown. The redevelopment will create roughly 65 mixed-income rental units and reactivate prominent first-floor and basement retail spaces through the relocation and expansion of Franklin Community Co-ops’s Greenfield store, Green Fields Market.

Referencing 1550 Main, MassDevelopment President and CEO Dan Rivera said, “working with tenants, partners, and the city of Springfield over the years allowed us to cultivate this property to its best and highest use. This type of focused teamwork is how long-lasting redevelopment takes root. It is what makes converting an old federal courthouse into a stunning multi-tenant office building possible.”

The property went on the market in the spring of 2022, and the request for proposals issued by MassDevelopment attracted a number of bids.

Moving forward, Mitta said several of the leases of current tenants will be expiring over the next several years. He expressed optimism for renewals, but also for new tenants looking to take advantage of the property’s location and other amenities.

“Tenancy is not a permanent thing — tenants come and go; we know that,” he said. “Some leases are going to expire over the next few years, but we know how to market, and we have a very strong team here.”

“Even those working at home still go to the office — businesses prefer the hybrid model. They need a place where people can collaborate, meet, greet, that kind of thing. That need is still there, and I don’t know if it will ever go.”

Elaborating, he said this team is hoping to attract some current occupants of class-B space to properties that are not much more expensive but bring a number of amenities that class-B properties do not, including parking garages, lighting safety, and that aforementioned location in the heart of downtown.

The property at 1550 Main differs from its neighbor, Tower Square, to which it is connected by a skybridge, in many respects, said Mitta. He noted that Tower Square required significant investment and “re-imagining,” a word he and Patel use often, such as with new tenants that include the YMCA of Greater Springfield. The newer 1550 Main will not require much of either, he said, which is another of those considerations that prompted interest in the building.

As for the trend toward remote work and hybrid work schedules, Mitta acknowledged that there is likely permanence attached to these trends, but, ultimately, he anticipates that there will still be strong demand for office space, especially in the class-A category.

“Even those working at home still go to the office — businesses prefer the hybrid model,” he explained. “They need a place where people can collaborate, meet, greet, that kind of thing. That need is still there, and I don’t know if it will ever go.”

For evidence of this, Mitta points to Tower Square, where he acknowledged that the number of people in the office tower on any given day may be lower than it was prior to the pandemic. But overall, space needs have not changed to a great degree, and new leases continue to be signed.

“Overall, rent is a comparatively small item on the P&L statement,” he said, adding that, for this reason, he has seen few if any tenants at Tower Square downsizing. 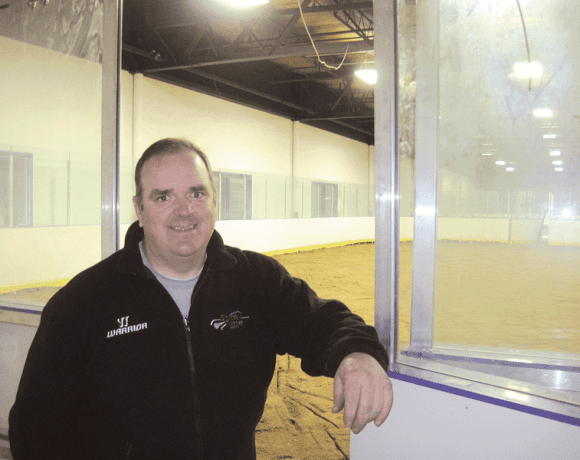 BusinessTalk with Bob Nakosteen, a professor of Economics at UMass Amherst