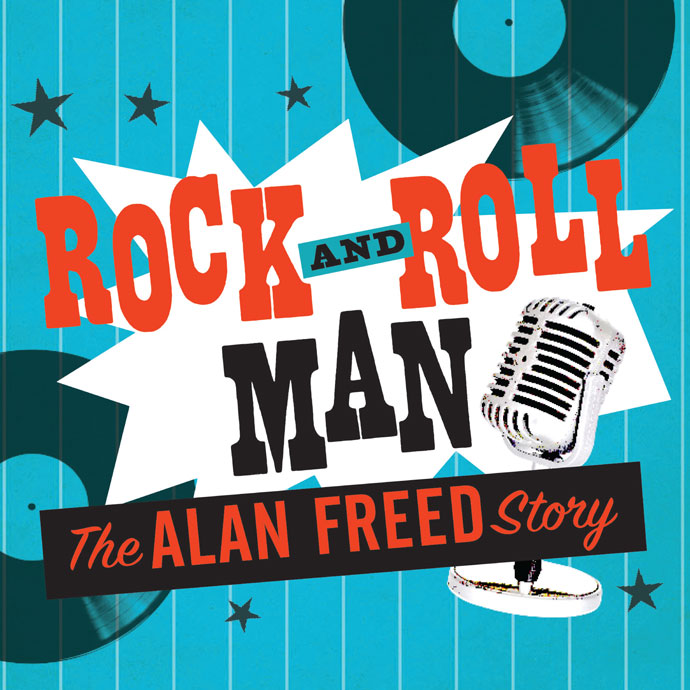 In the summer of 1954, in a small radio station in Cleveland, an unknown disc jockey heard the sound that would change America. And the rest is music history.

Rock and Roll Man is the new musical about the incredible rise and fall of Alan Freed, the man who coined the phrase rock and roll and brought its sound to the world. He discovered black artists—and got them record deals. He traveled the country—and got them heard from coast to coast. He spoke to the younger generation—and brought them to their feet. By the dawn of the ’60s, he was the biggest name in music—until scandal made him the biggest target in America.

This high energy musical highlights the greatest rock and roll legends of all time such as Little Richard, Chuck Berry, LaVern Baker, Bill Haley, Jerry Lee Lewis and Screamin’ Jay, just to name a few. Also, featuring original songs and some of the biggest hits of a decade, including “Why Do Fools Fall in Love,” “Tutti Frutti,” “Great Balls of Fire,” “Roll Over Beethoven,” “Ain’t That a Shame” and many more, Rock and Roll Man takes you behind the scenes and behind the music of one of the most influential—and controversial—figures in pop music history.