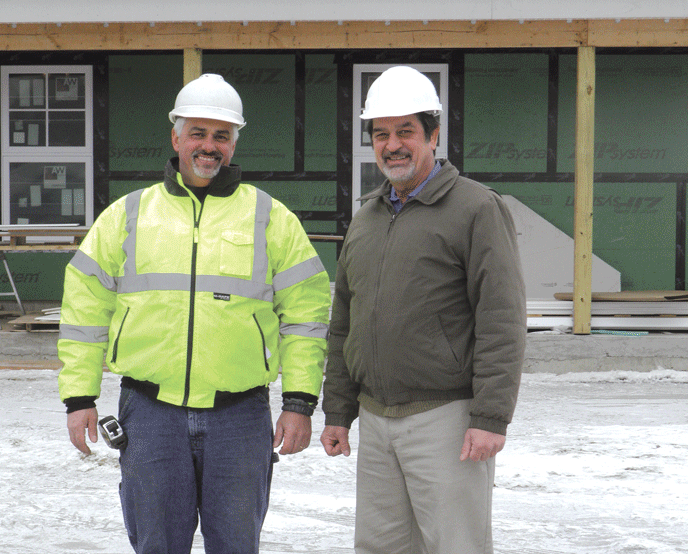 It’s only January, but Keiter Builders Inc. in Florence already has challenging projects on its roster for spring and summer.

“We’re seeing signs that 2015 will be busy, and the year is shaping up to be a good one,” said company President Scott Keiter, as he went through a list of contracts the firm was recently awarded. “We don’t have all the work we need yet, but we’re looking forward to getting more in the spring. This time of year is always slow for us, but the jobs we have are multi-dimensional and we’re excited about what we have lined up.”

Dave Fontaine Jr. said Fontaine Brothers, Inc. in Springfield is also doing quite well and has enough to work to last through the end of the year.

“Public projects slowed down last year compared to what we saw immediately following the recession. It wasn’t dramatic, but there was a little less work,” said the company’s vice president. “We do a lot for the Massachusetts School Building Authority, and they didn’t have as many jobs. But things seem to be normalizing and we have a lot of good opportunities for 2016; a decent amount of large-scale public work and private clients who want projects done; things seem to finally be settling into a relatively normal economic climate.”

Eric Forish agrees. “The recession has passed,” said the president of Forish Construction in Westfield as he explained that private projects diminished significantly for a few years during the downturn in the economy, but are on the rise again. “Last year was our best year ever and I believe that 2015 will be a very good one.”

Renaissance Builders in Turners Falls has also had plenty of work. “We were extremely busy last year. We hired four new field personnel and one new office worker,” said President Stephen Greenwald, adding that most of the company’s commercial projects were privately funded. “While they haven’t been large in volume, they were extremely steady throughout the year.”

Still, commercial builders agree that competition is stiff, particularly for public jobs, which requires meticulous attention to detail and an ability to bid low, but not too low.

“The economy has stabilized, but it’s a new reality; we’re still adjusting to it and don’t know whether we can trust it,” said Greenwald. “The margins are better, but they will never go back to what they were before the recession. If you want to stay competitive, and busy, you have to be extremely accurate in your bidding. There is no room for mistakes.”

Keiter concurred, and said his company works very hard to estimate projects appropriately, and more importantly, execute them. “Margins are lean, but we are bidding to be successful. We win some and lose some, but we believe our systems are efficient, which helps us stay more cost effective than some of our competitors,” he explained. “We put a lot of energy into developing systems across the board from sales and estimating to production.”

Local companies say that downsizing their expectations helped some of them weather the recession. “Things got tight for a few years and a lot of companies dove after work and lost money. But we knew what we needed to do; we were cautious and realistic and did not try to maintain the same volume,” Fontaine said.

Forish Builders took a similar approach. “One of the keys to our success is that we have always been a very lean and aggressive company,” said its president. “This was not the first recession our company has gone through, and because we have learned from our experience, we made adjustments quickly.”

Although the economy is improving, the landscape has changed for commercial builders, as national companies are now competing for local projects.

“Firms are setting up offices in Springfield,” Fontaine said, adding that there are two ways that commercial builders get public jobs. The first is by prequalifying as a general contractor and bidding competitively; and the second is to be selected as a construction manager at risk. In this scenario, the property owner or agency chooses a contractor based on its experience and fees, and they join the project team during the design phase. 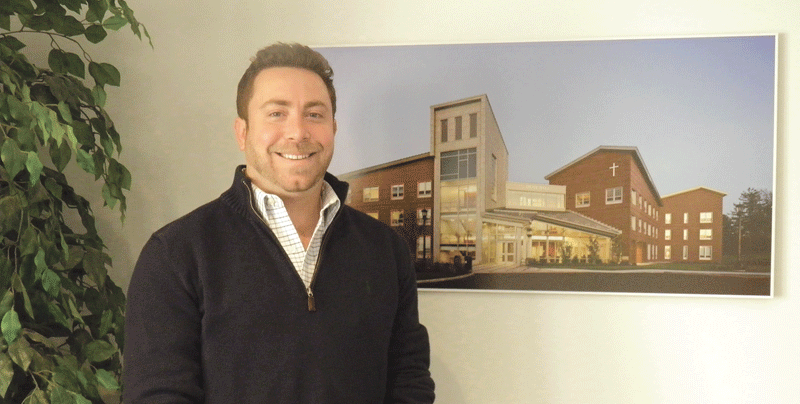 Dave Fontaine Jr. says the volume of both public and private construction projects has increased in recent months, and the trend should continue into 2015.

“It’s a fee-based system and that’s the market where a lot of larger companies are competing with us,” said Fontaine, adding that very large firms typically have sophisticated sales and marketing departments. “But we have been relatively successful. We have hard bid cost-efficiency experience as well as the expertise it takes to be a construction manager, which sometimes works to our advantage, especially with clients we’ve worked for in the past.”

“We showed up to walk through a simple job priced at $50,000, and there were 16 builders there, so we didn’t bother to bid on it,” he said. “In the last two years, we have seen more and more builders from out of the area bidding on public-works jobs that range from $50,000 to $2 million, so if we think we will be outbid, we don’t follow through.”

Renaissance Vice President Tricia Perham added that it takes time and money to put together a bid, and in the current market, the investment is not always worthwhile. “As a result, we’re focusing our energy on referrals and past clients. But ironically, sometimes a municipality wants to hire us but has to hire someone else, because they are mandated to take the lowest bid,” she said, adding that this happened recently in the town of Montague.

Forish recalled a recent public job that he believes might have drawn four to six bids prior to the recession. “There were 12 companies bidding for it,” he told BusinessWest. “There is less opportunity right now in the public sector than in the private sector. But I don’t worry about what other companies are selling. We are selling ourselves and our product is very strong.”

Some local contractors speculate that the national companies opening offices in the area are doing so because of the $800 million MGM Resorts International Casino that will be built in Springfield’s South End.

However, area commercial builders don’t expect to be hired to build the casino and although it is far too early to tell who will get the job, they believe it will go to a massive national or international company.

“But there may be other opportunities as companies relocate or find they need to expand when they begin providing services to the casino, so, it may indirectly help area contractors,” Forish said, adding that suppliers and subcontractors are likely to benefit from the casino complex.

The firms BusinessWest interviewed say they are doing well, however, despite fierce competition and other factors.

Fontaine Brothers recently finished a new $85 million high school in West Springfield and is close to finishing work on the new, $33 million Auburn High School, which was done under construction management at risk.

In addition, the firm recently completed a new junior/senior high school in East Bridgewater as well as Monomoy Regional High School in Chatham.

“Worcester has also been a very strong market for us for the past 15 years, and we have a presence in Eastern Mass.,” said Fontaine. “But Western Mass is our home market.”

His company will continue to be busy throughout the winter as it begins work on a new elementary school in Athol and ground is broken for a library renovation in Shrewsbury. “We are also finishing up the renovation of the old Chicopee High School,” Fontaine said, adding that the entire interior was gutted.

Other projects include demolishing the Plains Elementary School in South Hadley and building a new one, as well as additions to Pioneer Valley Chinese Charter Immersion School in Hadley and Southwick High School.

“Our work through 2015 is solid, so we are focusing on picking up projects late in the year that will carry us through 2016-17,” Fontaine said.

Keiter Builders does some residential work and has contracts to build a few new homes this year. But it has also landed a significant number of commercial jobs, and recently finished the Convino Restaurant in the basement of Thornes Market in Northampton, which opened several weeks ago.

“The work was very involved, because the space had never been used for a restaurant before,” Keiter explained.

The builder also completed demolition and reconstruction of the entryway to the Smith College Conference Center last summer, and is wrapping up work on the Carroll Room in the Campus Center at the college, where it installed maple paneling.

Other projects include shoring up a number of large granite stairways for a private client on an historic, commercial building in Northampton and a residential housing upgrades project at Smith College.

“It’s multifaceted, involves multiple buildings, and will include roofing, new windows, paint, and upgrades to their heating, ventilation, and air conditioning systems,” Keiter said of the work at Smith. “The work will be done during an eight-week period over the summer when students are on break.”

In addition, Smith hired the firm to handle the McConnell Hall Observatory project, which includes removing a flat roof and putting a domed ceiling on the structure.

“We’re also working for Western Builders on a commercial project in Holyoke,” Keiter said, noting that it’s not uncommon for his company to subcontract with other area builders on large projects.

Forish said his firm is also busy. “We’re finishing a fire-protection system at the UMass Dubois Library as well as a wastewater treatment plant for Kanzaki Specialty Papers in Ware. And last summer we completed a highway department complex in Deerfield and a large addition to Holyoke Charter School,” he said, adding that work on the new Westfield Senior Center and a new facility for Sarat Ford Lincoln in Agawam is underway, as are large additions to Pioneer Valley Christian School and Astro Chemicals Inc.

Renaissance Builders also has its share of contracts. It is upgrading a manufacturing facility, renovating a multi-family apartment building for a commercial landlord in Northampton, and will replace a condominium complex in the spring in Gill that burned to the ground.

Greenwald said the margins on private work have improved compared to what they were a few years ago. But improvement is relative, he added, because five to seven years ago, the numbers were a lot better. “We bid on projects if we think we have a good chance of getting the work, especially if it is a unique job with difficult logistics or circumstances and we have a good idea of how to solve the problem,” he told BusinessWest.

Indeed, the ability to do specialized work helps local commercial contractors. Fontaine said 90% of its work involves green building, and last year the firm was named as one of the “Top 100 Green Building Contractors” by the Engineering News Record.

Renaissance Builders also does its share of green building, and Perham said that has given the company an edge over other commercial builders. “We’ve put a lot of energy into training our employees in green-building techniques and energy efficiency. We have also done work for chemically sensitive clients,” she said.

Since the economy has improved, contractors agree that the forecast appears bright for the coming year. “Things in our network are slowly progressing in the right direction, and the year ahead in the Pioneer Valley looks good,” Keiter said.

Fontaine agreed. “The landscape has changed as larger firms have entered our market. But we are also competing with local firms that have been in the valley for decades,” he said. “Overall, we’re excited to see what 2015 will bring, and we certainly hope other local contractors do well, as it helps the local economy to have work stay here.”

Forish concurred. “Everyone had at least one tough year during the recession,” he said. “But we adjusted quickly, and things look better, at least for the short term. We hope it continues in the long term.” 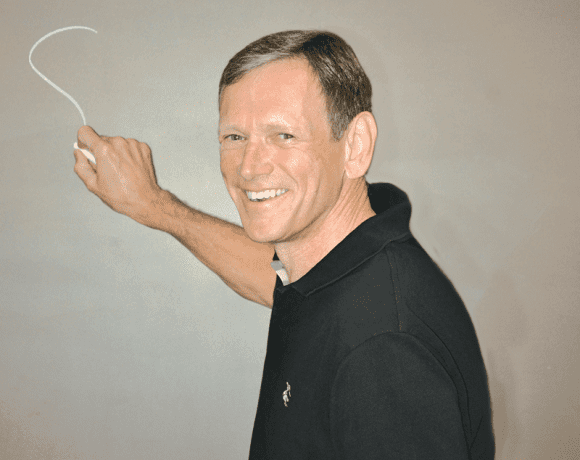 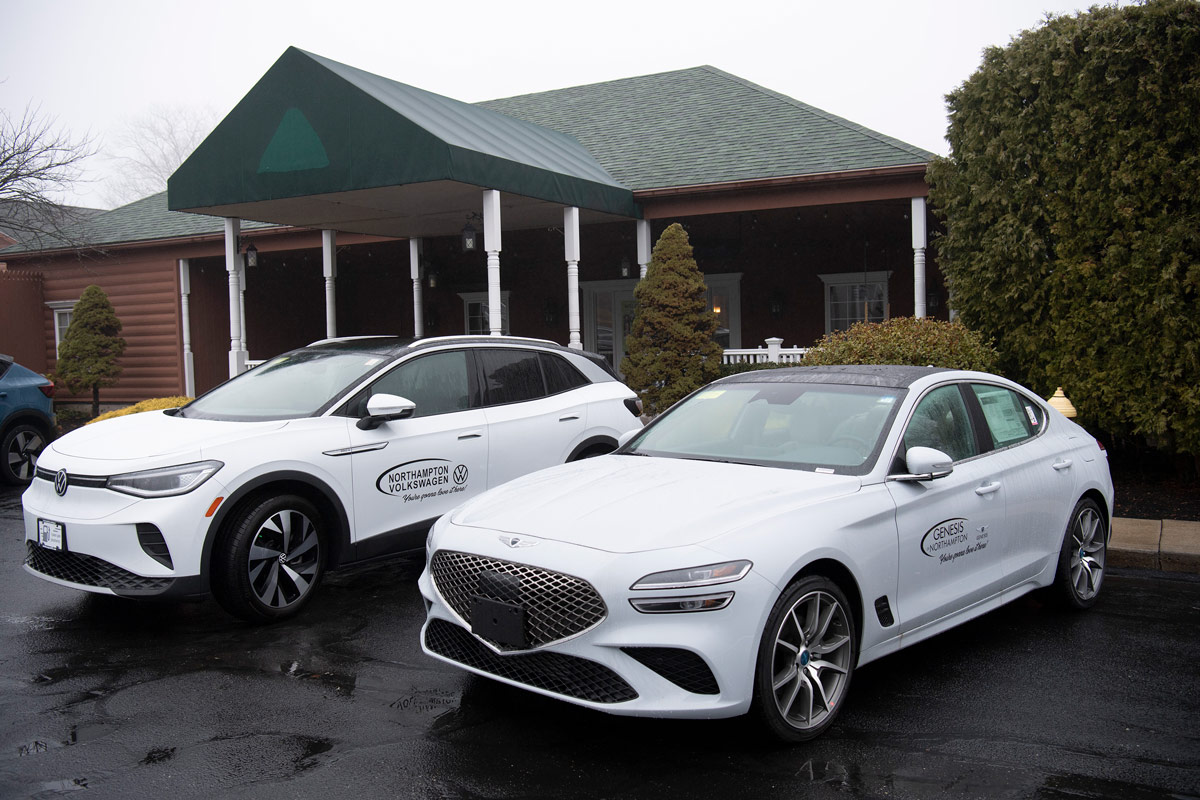