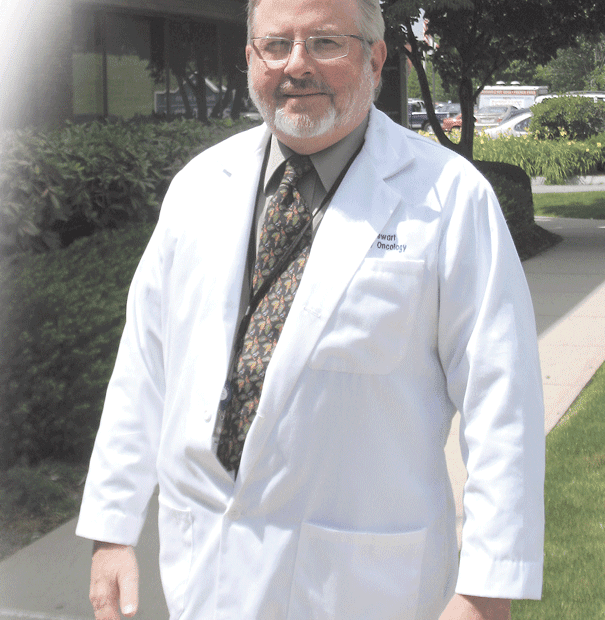 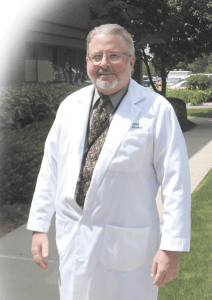 Dr. James Stewart says the CT study is encouraging, but the high incidence of false positives will stir debate over costs versus benefits.

They don’t call them cancer sticks for nothing.
“If I could pick one thing to reduce the cancer burden in this country, it would be eliminating tobacco,” said Dr. James Stewart, chief of Hematology/Oncology at the Baystate Regional Cancer Program. Not only does smoking account for the vast majority of lung-cancer cases, he explained, it’s also a factor in many other cancers, such as stomach, esophageal, and bladder.
Meanwhile, lung cancer is the deadliest cancer in the U.S., with a five-year mortality rate of 10% after the disease has metastasized. The odds of survival are much higher when the cancer is caught early, but right now just 16% of lung-cancer cases are detected in their earliest stages; by the time symptoms typically become evident, the cancer tends to be too advanced to cure.
But a promising study, conducted at UCLA and reported in the June 29 issue of the New England Journal of Medicine, has the oncology world buzzing about bringing that death rate down through widespread CT (computed tomography) screening of smokers and former smokers.
The National Lung Screening Trial (NLST), conducted from 1993 through 2005, involved more than 53,000 people at 33 different sites — all of them at risk for lung cancer but not showing symptoms. The study found that low-dose CT screening reduces the lung-cancer mortality rate in smokers and ex-smokers by 20% due to early detection of cancerous tissue. Many doctors are calling the study a game changer.
“Lung cancer is a very big problem in terms of the number of deaths that it causes,” Stewart said. “It affects both men and women — in fact, a surprising number of women. When I was a medical student, it was rare to see women who had lung cancer; now, there are as many women as men. Men in this country actually slowed down their smoking, and women still have an increasing risk of lung cancer.
“There’s always been this discussion — if we screen people, can we find the lung cancer at a time when it’s curable?” he added. “Because, unfortunately, most lung cancers show up at a time when it’s not curable, when it has already spread, even microscopically.”
A technology proven to catch significant numbers of cancers during treatable stages has, obviously, stirred hope for people with a history of tobacco use.
“There is a population of people who did not smoke but have lung cancer,” said Dr. Neil Chuang, director of thoracic surgery at Mercy Medical Center. “Their cancer may behave a little differently than the one smokers get, but it’s not that common. Smokers would be the ones targeted” by any new national screening protocol.
But the medical community is far from establishing such guidelines, considering the potential financial expense of expanded screening, especially given the propensity for false positives, which — as it has recently with mammograms — will spark a debate over cost versus benefits. But the benefits look promising indeed.

Raising Hope
The response from cancer centers nationwide to the CT report has been overwhelmingly positive.
“I believe that this is not only the best study done on lung cancer mortality, but one of the best studies on cancer screening ever done,” Dr. Otis Brawley, chief medical officer for the American Cancer Society, told CNN.
“With a greater than 20% reduction in lung-cancer mortality, there are very few single things in our lifetime that will have such a positive impact with lung cancer as these new screening suggestions,” Dr. Frank Detterbeck, surgical director of the Yale Thoracic Oncology program, noted on the practice’s Web site.
However, he added, “the NLST addresses a very specific population of people. It will be important to continue to monitor the data and evolve our screening and treatment practices in the coming years so that we can maximize the positive impact it will have on lung-cancer survival rates.”
Chuang said screening guidelines, when they do emerge, might first focus on the heaviest smokers. Currently, between 80% and 90% of all lung cancer is found in people with a history of tobacco use.
“Smokers have an increased risk of having lung cancer,” he explained. “In order to get cancer, a cell has to undergo a series of mutations — usually three or four before a cell becomes a cancer cell. Smoking accelerates that process. The question is, how much smoking is required before the risk goes up?”
He said doctors have settled on 20 ‘pack years’ as the point where the cancer risk rises for smokers. To calculate pack years, multiply packs smoked per day by years smoked; two packs a day for 10 years, or one pack a day for 20 years, would be 20 pack years.
“Most people, when they represent with the symptoms of cancer, are already advanced and not curable,” Chuang noted. “Usually lung cancer is caught by accident, but screening programs are a way of catching it earlier, before it progresses. Right now there’s no standardized policy that I’m aware of put out by any national medical societies, but we’re going in that direction in the next few years, probably for people age 50, 55, or older who have a history of greater than 20 pack years.”
One drawback to widespread screening, Stewart said, is the high rate of false positives when it comes to lung cancer screening. “If you do a lot of CT scans on people who are chronic smokers or former smokers, you’ll find a lot of lung nodules,” he explained.
“The majority of them, by far, are not going to be cancer,” he continued. “So, do you biopsy them with needles? Operate to take the nodules out? Follow up with another CT scan? How do you sort out whether it’s cancer? That’s where the cost comes in, and I haven’t seen a good number crunching of that so far.”
And that introduces the sticky factor of cost also into the picture. While an X-ray is about $50, CT scans typically cost hundreds of dollars. But, according to Brawley, chief medical officer for the American Cancer Society, the average cost of an abnormal spiral CT is about $40,000 to $50,000 once additional testing and possibly surgery is factored in.
“Are you going to implement this as a public health policy, and if so, can you afford it as a society?” Stewart said. “I think those questions have not yet been answered. There are a lot of things we can do using technology that might alter the natural history of a disease in a good way, but it’s not really a question of whether you implement these things; it’s a societal question of where we want to put our resources.”
That debate, he noted, may be influenced by a perception among some people — a kind of discrimination, really — that lung-cancer victims caused their own disease, so therefore society shouldn’t be forced to pour too much of its financial resources into helping them.
“It’s particularly painful for people who have stopped smoking,” he said. “Of course there’s a much higher risk in people who continue to smoke versus former smokers, but there’s no question that former smokers have an increased risk of cancer as opposed to those who never smoked.”
Still, Stewart said, “that conversation is just starting. We’ll see in the next six months or so, some of the major cancer organizations come out with some statements about this. These conversations come at a time when everyone wants to reduce health care costs, or at least slow the increase in health care costs. But it’s still a big story, the idea that screening certain populations of people for lung cancer can be successful.”

Tobacco Road
The CT study isn’t the only exciting news in the realm of lung cancer, Stewart added.
“We’re smarter about lung cancer; it’s not just one disease, but it’s many different diseases, just like breast cancer and colon cancer,” he said. “And the testing of the molecular subtypes of cancer is leading to opportunities to use very specific treatments that will only work in that one subtype. Pathologists are moving fast on this, giving us more information about which lung cancer will respond to which treatment. That’s pretty exciting stuff.”
Still, doctors say, the best way to reduce the risk of lung cancer is simply not to smoke, or at least to quit as soon as possible.
“I always say right up front, if you really want to address lung cancer, you have to address smoking,” Stewart said. “Why we haven’t done a better job of that — well, there are many reasons, but that’s fundamental. Tobacco kills.”
But even quitters — while they’re admittedly at lesser risk than active tobacco users — are far from out of the woods, which is why the recent CT study focused on both smokers and former smokers.
“It’s a lifelong risk, even though you’ve quit,” Chuang said. “A lot of patients I see quit 10, 20 years ago, and they come in and say, ‘I quit; how come I have lung cancer?’ The reason is, by smoking, they may have already caused some of the mutations that cause cancer, and it was only a matter of time before the cell mutations required to transform into cancer cells happened.”
Detecting that progression in time to save lives has long been a struggle for doctors. Now, at least, CT screening can be a powerful tool to help them do just that. Deciding exactly how to wield that tool could prove to be just as challenging.

Paying for College Can Be a Challenging Puzzle to Assemble 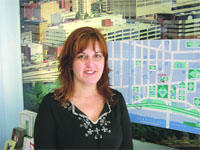