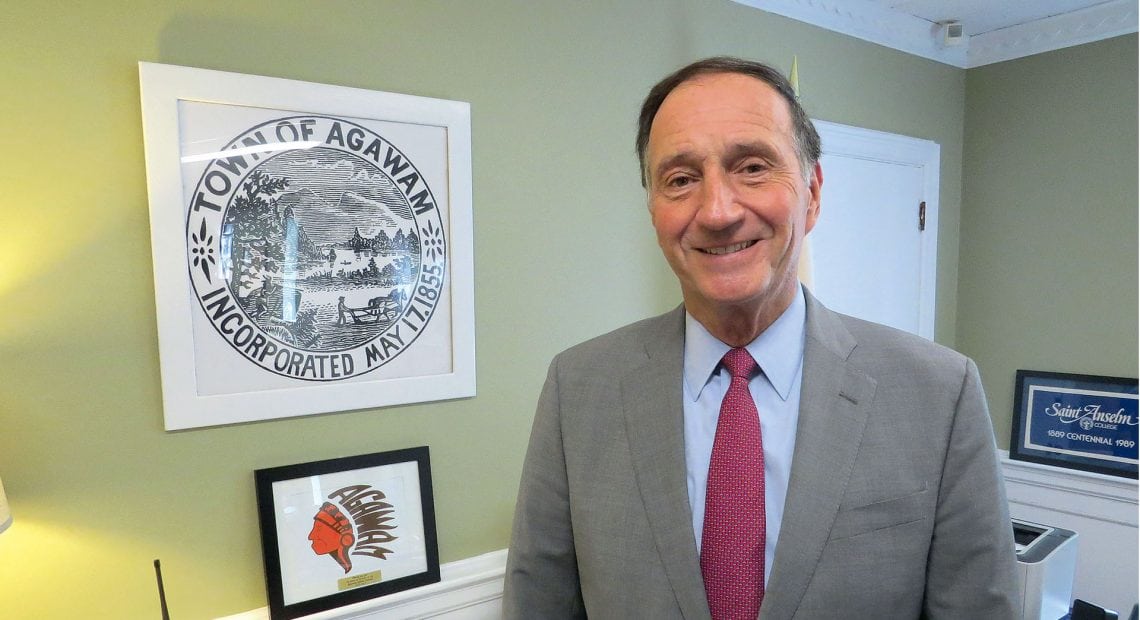 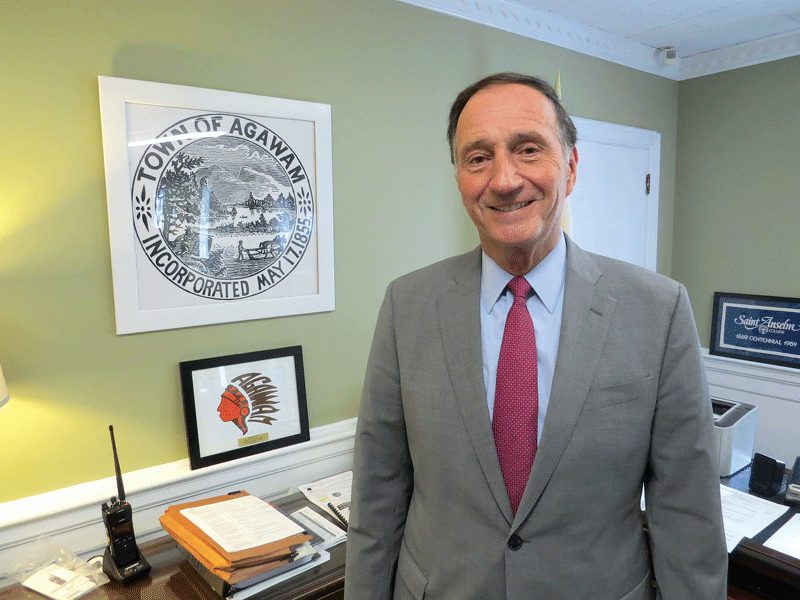 William Sapelli inherited a long to-do list when he took on his new role as mayor, from infrastructure projects to economic-development concerns, and has only added more items to that list.

Very soon after William Sapelli announced he would be retiring as Agawam’s superintendent of schools — ending four decades of work in education — people started suggesting that he run for mayor that fall.

“They said, ‘you have the skill set — you have a $45 million school budget, which is half the town budget, you deal with 700 employees, you’ve negotiated five contracts, and you know all the city departments,’” recalled Sapelli, who took the suggestions under advisement and eventually took the idea to his family.

At first, he recalled with a laugh, he interpreted their unbridled support as perhaps a loud hint that they weren’t ready to have him home full-time. But soon they convinced him, as did others, that their backing was grounded in the belief that Agawam needed a change — and a fresh perspective — in City Hall. And that he could provide it.

Although he eventually embraced the calls for him to seek the corner office, Sapelli rejected recommendations that he formally announce his intentions before he actually retired almost a year ago (early July, to be exact) because he wanted to avoid any and all suggestions that he might be using the resources of his office as superintendent to help gain the mayor’s chair and focusing on his next job before he finished up in the one he was in.

“I got in late — I was really behind the 8-ball, and people said you can’t get in that late,” said Sapelli, who nonetheless triumphed in the September primary and then the November election. And he attributes that victory, in large part, to his message of needed change and the promise that he can provide it.

“This sounds corny, but I grew up here in town, and I care about this town,” he told BusinessWest. “I personally didn’t like the way things were going; it seemed that elected officials weren’t really getting along. It seemed like things were going off the rails — people not communicating, people sniping at each other — and I thought we could do better, and do better for Agawam.”

Five months in, he said the office is, well, busier than he thought it would be, in part because there are a great many meetings and official functions at which his attendance is required, or at least requested. But another big part of it is that Sapelli inherited a lengthy to-do list, and he’s only added more to it.

Among those line items are a host of important infrastructure projects, especially the rebuilding of the Morgan/Sullivan Bridge, which connects Agawam to West Springfield. There are also specific business concerns, such as the nagging question about how to inject new life into the tired commercial district known as Walnut Street Extension, home to the now-infamous Games & Lanes, which no longer exists; however, the problem of finding a new use for the property does.

And then, there are broader, more complex business and economic-development concerns, such as Agawam’s notorious — and in many ways debilitating — spot-zoning practices.

“There’s so much spot zoning in Agawam … our system is so archaic,” said Sapelli with some exasperation in his voice. “In most communities, it’s an issue; in our community … well, I’ve had the experts from the Pioneer Valley Planning Commission get involved through a grant we received, and they used the word ‘unique’ to describe the problem.”

To address it, Sapelli has created a zoning-review committee, which is expected to make some recommendations in the months to come.

An even bigger issue — although the zoning problem is quite extensive — is the recognized need (on Sapelli’s part, anyway) to make the city more business-friendly. 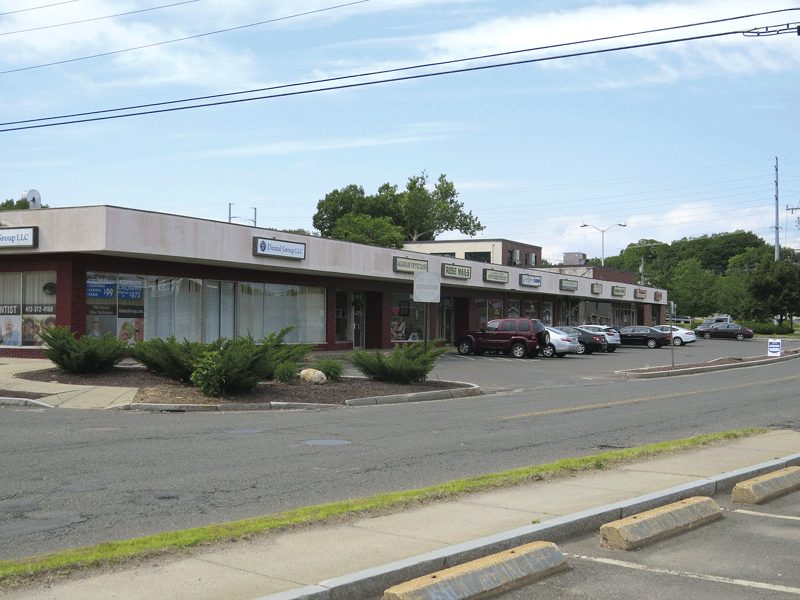 Improving the Walnut Street Extension area remains a problem without an immediate solution in Agawam.

“People ask how we can become more business-friendly, and one of the ways is to expedite the permitting process,” he explained. “From what I was hearing from individuals who came in and tried to start businesses and get permits for different things was that it took longer than they expected. I thought it was important to go out and try to make this community attractive to businesses.”

For this, the latest installment of its Community Spotlight series, BusinessWest talked at length with Agawam’s mayor (he’s no longer the ‘new mayor’) about the challenge he accepted and how he’s working to fulfill that campaign pledge of bringing positive change to the community.

As he provided a chronology of a career in the Agawam school system that began when Jimmy Carter was in the White House, Sapelli said there were a number of stops.

They started with a stint coaching junior-varsity hockey and substitute-teaching assignments at the high school. A year later, he was coaching the varsity team and teaching social studies at the junior high. Later, he taught science for six years, then became assistant principal at the middle school, then an elementary-school principal, assistant superintendent, and, starting in 2011, superintendent.

During the campaign last fall, he encountered — and earned a good deal of support from — people who were students during each one of those stops. When it came to people making such claims about the earliest stages of his career, he admits to having to take their word for it.

“People will say, ‘remember when I had you in school?’” he said. “And I’ll say, ‘I don’t think you looked like this when you were 10 or 12, so I don’t recognize you, but I believe that you were one of my students.”

Support from all those former students and colleagues was certainly a factor in Sapelli’s rather large margin of victory over former City Council President Jimmy Cichetti last November.

As was, he believes, the desire for change in a community that had seen little progress on many of the key issues facing it — and his ability to bring about that change.

“I really thought we could do a better job of having local, city, and state government be a kinder, gentler group, if you will,” he said, “and be able to have open, honest discussions and not take things personally.”

While working to stimulate change and progress, Sapelli is also leading efforts on a number of issues, or fronts, that, as noted, have challenged several of his predecessors.

At or near the top of that list is the Morgan/Sullivan Bridge, the rebuilding and widening of which has been talked about for years. State funding has been secured for the project, and a bid should be awarded shortly, said Sapelli, adding that work was to have started this spring.

But it’s already late June, and construction still hasn’t started, said the mayor, adding that, since work is due to be halted during the 17-day run of the Big E — which is just a few hundred yards to the east of the bridge — in September, there is now a good chance the project may not see much progress this calendar year.

“They may be doing some preliminary set-up work this fall,” said Sapelli, adding quickly that there will be more definitive timelines for this project emerging shortly. “But I don’t think anything major will happen until next spring.”

The bridge, projected to be a two-and-a-half-year project, is an important initiative, he went on, referring to the traffic bottlenecks that are regular — and problematic — for residents and businesses trying to attract people to that area. And during the Big E, the traffic problems reach nightmare proportions.

To ease those problems, the city plans to improve not only the bridge intersection, but also the one a few hundred yards to the north at Springfield and Walnut streets.

Meawhile, improvement of another key intersection, in Feeding Halls on Route 187, is on the drawing board — it has been for some time, actually, said the mayor, adding that is part of approximately $8 million in road, sidewalk, and intersection improvements that will be undertaken city-wide.

While addressing those infrastructure matters, there are a number of specific business and economic-development-related issues that demand attention as well, said Sapelli.

Chief among them is the ongoing issue of Walnut Street Extension. The Games & Lanes property has been razed, said the mayor, and the property’s owner reports there has been some interest, but nothing likely to translate into redevelopment in the near future.

Meanwhile, that property is just part of the story. The Walnut Street Extension area remains a problem without an immediate solution. Last spring, the City Council first rejected a $5.3 million streetscape-improvement project for that area and then a subsequent, scaled-down, $3.6 million initiative.

The strategy moving forward, said Sapelli, is to create what’s known as a DIF (district improvement financing) program for that area. With a DIF, a community can pledge all or a portion of tax increments — additional tax revenue stemming from development or increases in property value — to fund district improvements over time.

“That money gets set aside and earmarked strictly for development in that area that’s mapped out, and that area alone,” said the mayor. “It’s a way of creating a fund to improve that depressed area without using taxpayer dollars or increasing taxes on the people in that area.”

A DIF is a close cousin of the better-known TIF, whereby municipalities may grant property-tax exemptions to landowners of up to 100% of the tax increments for a fixed period. Agawam intends to use both DIFs and TIFs to generate economic development, said Sapelli.

Other specific initiatives include redevelopment of the former Buxton property, later Southworth Paper and Turners Falls Paper, on Main Street, said the mayor, adding that the emerging plan is to subdivide the sprawling plant and attract multiple tenants.

There are also the many smaller retail centers and strip malls within the community, he went on, adding that the town has seen some new businesses come in and fill vacancies, and the goal is to attract more.

As for work on the town’s archaic zoning, Sapelli said his administration is “attacking” the problem.

“It’s going to be a big job, so we’re taking it little bites at a time,” he noted, adding that the Planning Commission has been a big help in this regard. “But we’re going to get it done.”

Sapelli said he’s not sure if he’s the only the school superintendent to move the corner office in this region in recent times. But he does know that his route is certainly one that’s not well-traveled.

As his supporters note, he brings considerable experience to the job and knowledge of city departments and how they operate. Those skills have certainly helped him make the transition and advance many different kinds of initiatives.

But his comments — and his body language — convey the message that behind every challenge … there are many more challenges.

He says he’s up for them, because of that dedication to the town where he grew up, and also because he brings a new school of thought to managing this community — literally and figuratively. 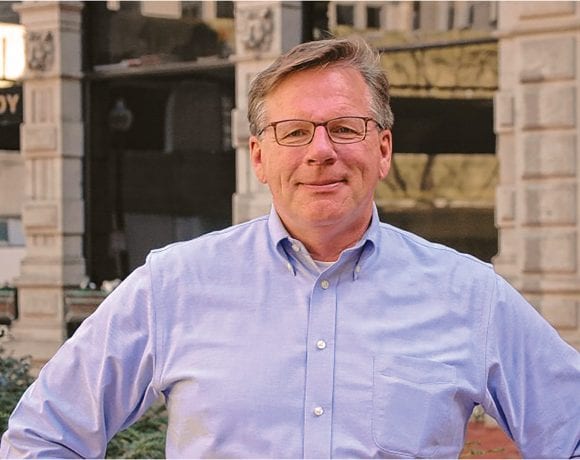 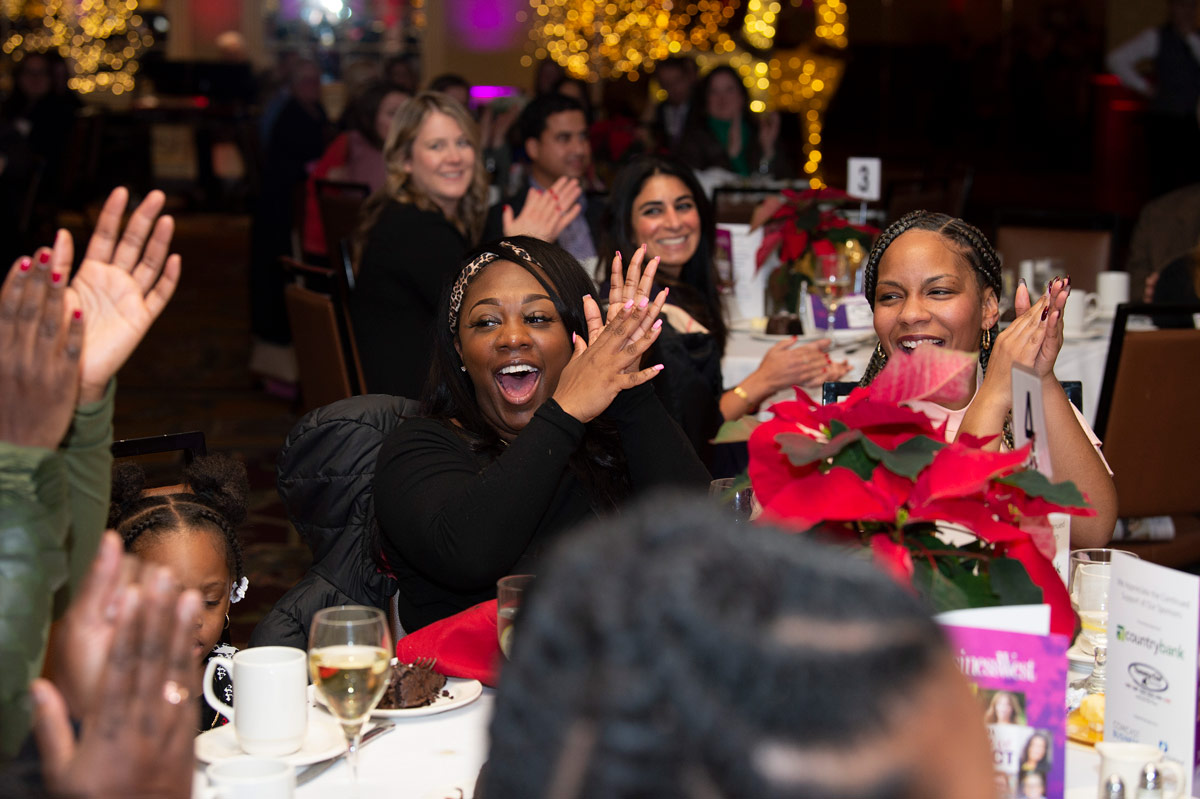