Dress Down for Animals

Feb. 15: Employers, are you looking for a fun way to engage your staff while helping local shelter animals? By participating in Dress Down for Animals Day, your business can help provide life-saving care to dogs, cats, and other small animals at the Thomas J. O’Connor Animal Control and Adoption Center in Springfield. Through this program, employees will make a minimum donation of $5, $10, or whatever level the employer sets for the privilege of wearing whatever they wish to work on Feb. 15, with proceeds donated to the shelter. Prizes will be awarded based on donation total and number of employees participating. Businesses can compete for a a chair yoga session for up to 50 employees, a catered dessert party, a chance to introduce a business to 7,000 people on the Thomas J. O’Connor Facebook page, and more. To request a form to fill out and return with donations, call (413) 533-4817 or e-mail [email protected] For more information about the adoption center, visit www.tjofoundation.org.

March 12, April 16: Get the business-law basics that every small-business owner and entrepreneur needs to know from the legal experts at the Center for Innovation & Entrepreneurship at Western New England University. This series of free information sessions is focused on key topics to help plan and grow a small business. Sessions will be held from 5 to 7 p.m. at Western New England University School of Law, in the Blake Law Center. The events are free and open to the public. Light refreshments will be provided. The dates, topics, and presenters are: March 12, “Intellectual Property Law Basics,” with attorneys Peter Irvine of Peter Irvine Law Offices, Leah Kunkel of the Law Offices of Leah Kunkel, and Michelle Bugbee of Solutia Inc.; and April 16, “Bankruptcy,” with attorneys George Roumeliotis of Roumeliotis  Law Group, Justin Dion of Bacon Wilson, and Kara Rescia of Eaton & Rescia. To learn more about upcoming events hosted by the Center for Innovation & Entrepreneurship, visit www.wne.edu/cie.

March 14: The Women’s Fund of Western Massachusetts will celebrate its 15th anniversary by honoring 16 local women with the first-ever Standing on Her Shoulders Awards. The celebration, at the MassMutual Center in Springfield, begins at 5 p.m. with a cocktail hour and photographic exhibit of the award recipients and a showcase of the Women’s Fund grantees. The dinner begins at 6:30 p.m. with a musical performance, presentation of the Standing on Her Shoulders Awards, and a speech by Luma Mufleh, founder and coach of a soccer team called the Fugees, short for refugees.  An immigrant from Jordan and a Smith College graduate, Mufleh has created several businesses to employ refugees and immigrants in her community. That will be followed by an after-party and dancing from 8:45 to 10:30 p.m. Tickets cost $100. RSVP by March 7 to Julie Holt at (413) 529-0087, ext. 10, or register online at www.womensfund.net. The Women’s Fund is a public foundation that has reached over 80,000 people through $2 million in grant awards. More than 100 women have participated in the Women’s Fund Leadership Institute for Political and Pubic Impact. The 16 Standing on Her Shoulders Award recipients include Elaine Barkin, Ethel Case, Claire Cox, Verda Dale, Ruth Hooke, Vera Kalm, Gail Kielson, Susan Lowenstein Kitchell, Gloria Lomax, Ruth Stewart Loving, Ruth Moore, Venessa O’Brien, Lorna Peterson, Linda Slakey, Marlene Werenski, and Angela Wright.

March 21: The annual Difference Makers award program, staged by BusinessWest, will be held at the Log Cabin Banquet & Meeting House starting at 5 p.m. Details on the event will be published in upcoming issues of the magazine. Difference Makers is a program, launched in 2009, that recognizes groups and individuals that are, as the name suggests, making a difference in this region. Several dozen nominations for the award were received this year, and the winners have been chosen. They will be announced in the magazine’s Feb. 11 issue. For more information, call (413) 781-8600.

Not Just Business as Usual

April 4: The Springfield Technical Community College (STCC) Foundation will host its fourth annual Not Just Business as Usual event at the Naismith Memorial Basketball Hall of Fame. A cocktail and networking reception will be held from 5:30 to 7 p.m., followed by the dinner program and keynote speaker from 7 to 9 p.m.
This year, in celebration of 40 years of excellence in nursing at STCC, speakers include ‘The Three Doctors’ — Drs. George Jenkins, Rameck Hunt, and Sampson Davis — who are well-known for their work delivering messages of hope and inspiration. As teenagers growing up on the inner-city streets of Newark, N.J., the three friends made a pact to stick together, go to college, graduate, and achieve their dreams of becoming medical doctors. They have been lauded by Oprah Winfrey as being “bigger than rock stars” and have been featured as medical experts on the Tom Joyner Morning Radio Show and CNN. The Three Doctors received the Essence Award in 2000 for their accomplishments and leadership, and a BET Honors Award in 2009. Over the past two years alone, the Not Just Business as Usual event has provided the STCC Foundation with more than $100,000 to support college and student needs. Funds help to provide STCC students with access to opportunities — through scholarships, technology, and career direction — to be successful future employees and citizens. A variety of sponsorship opportunities are available. Individual tickets cost $175 each. If your business is interested in purchasing a table, contact Robert LePage at (413) 755-4477 or [email protected]

June 20: BusinessWest will present its seventh class of regional rising stars at the annual 40 Under Forty gala at the Log Cabin Banquet & Meeting House in Holyoke. The gala will feature music, lavish food stations, and introductions of the winners. Look for event details in upcoming issues of BusinessWest — including the must-read April 22 issue in which the class of 2013 will be profiled — or call (413) 781-8600 for more information. 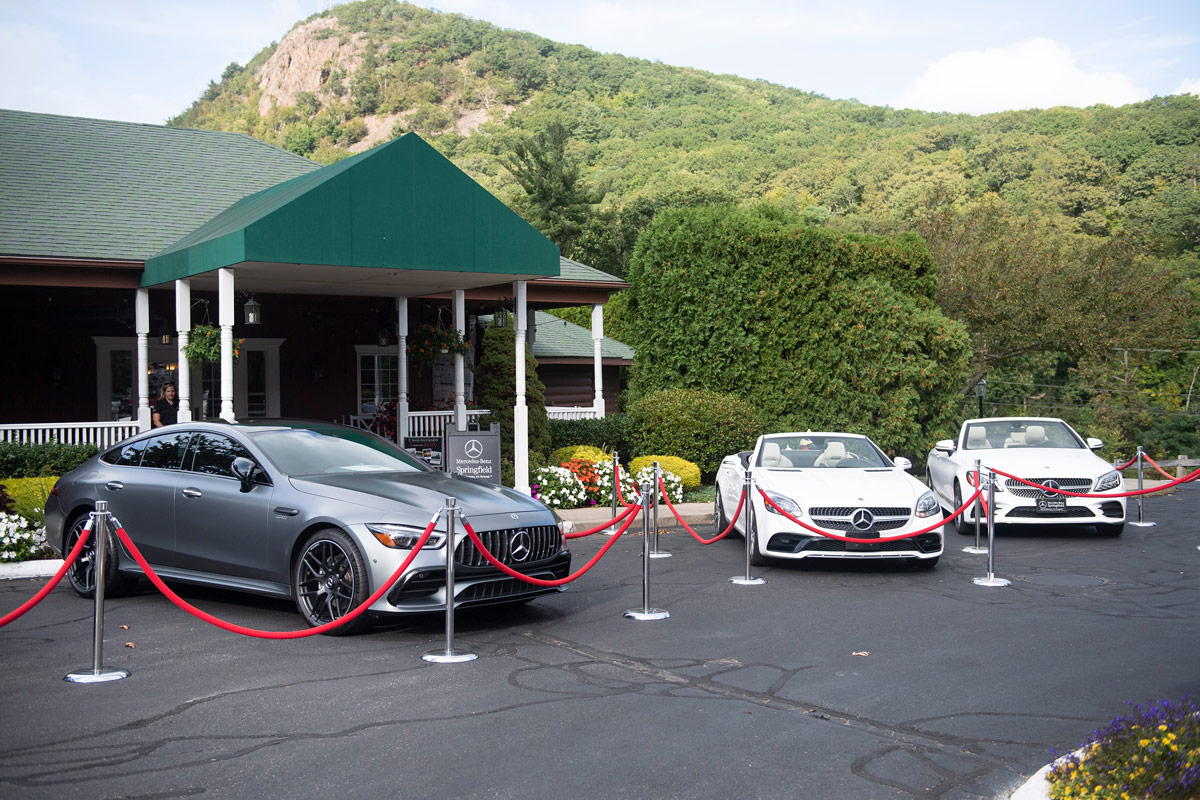 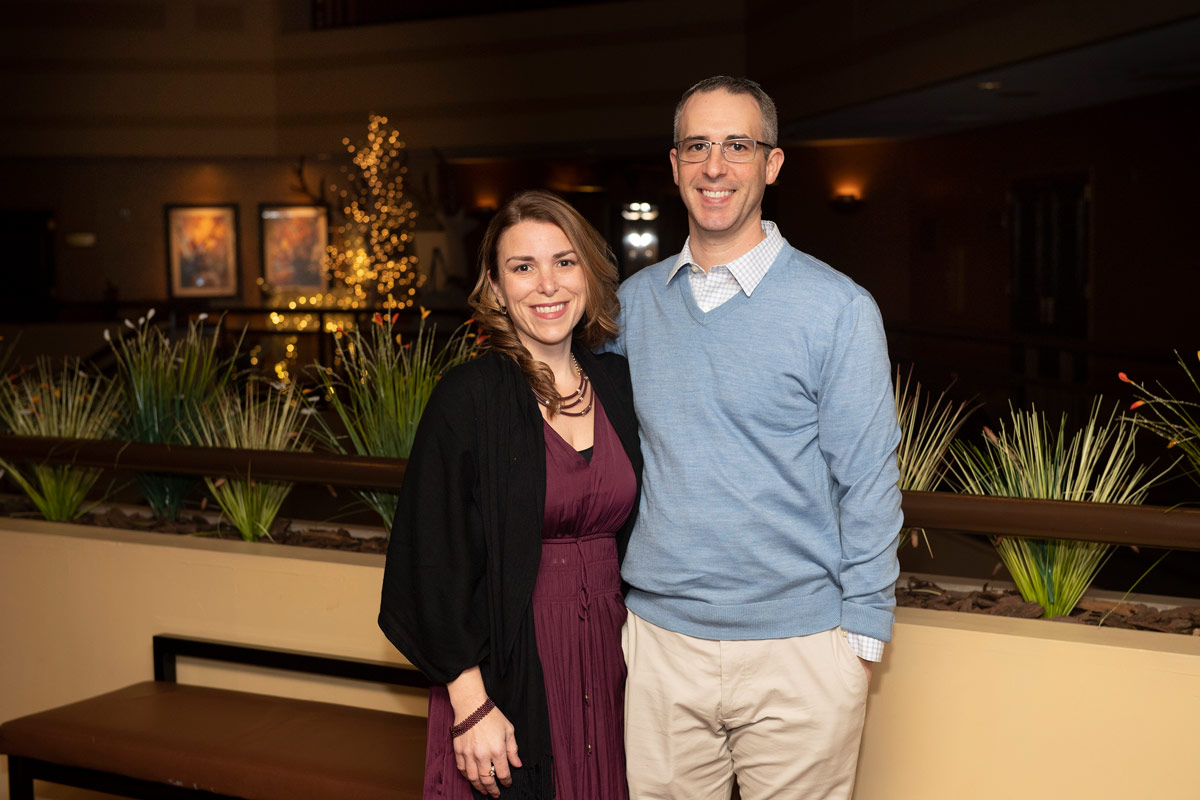 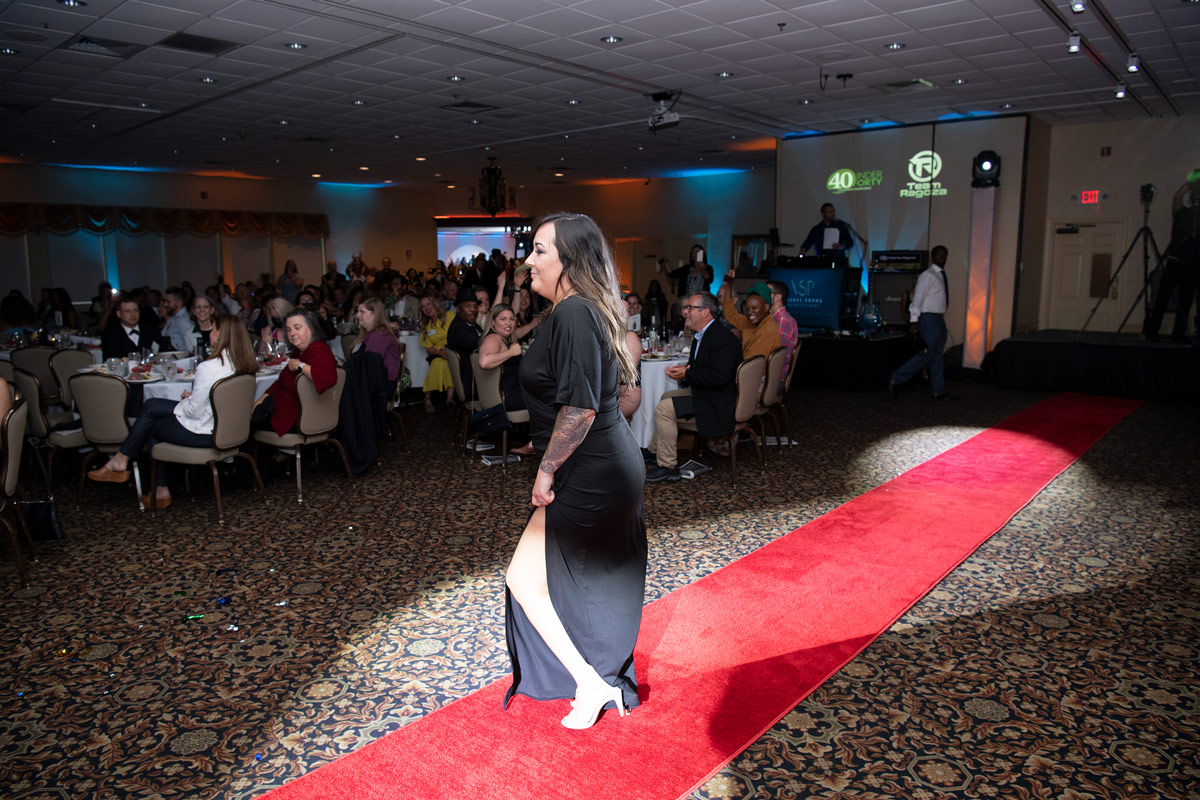 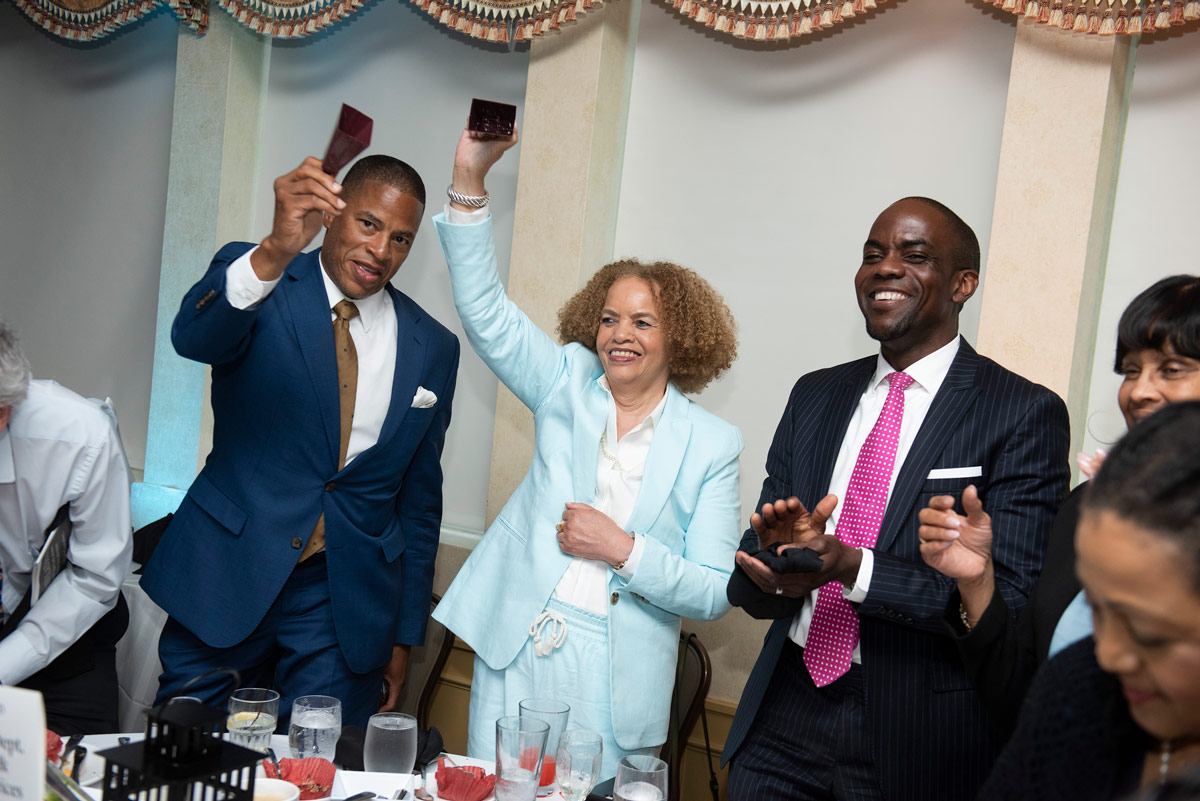 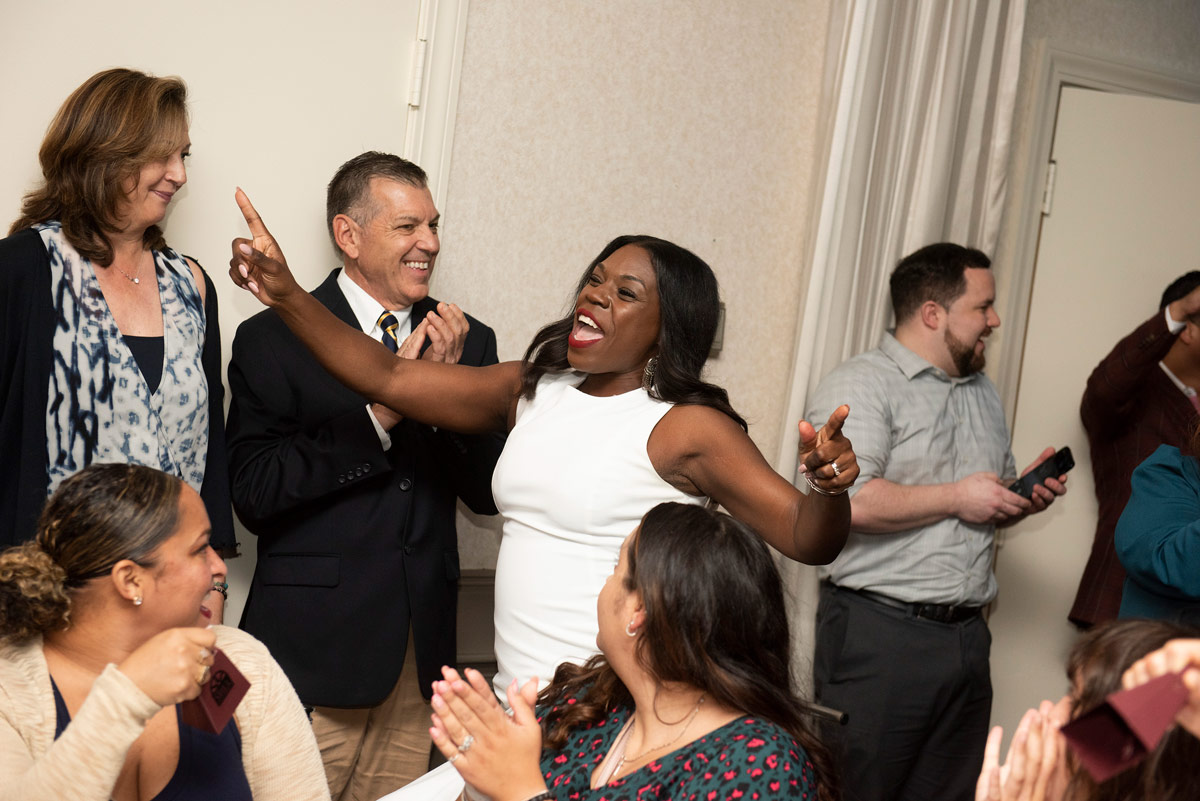 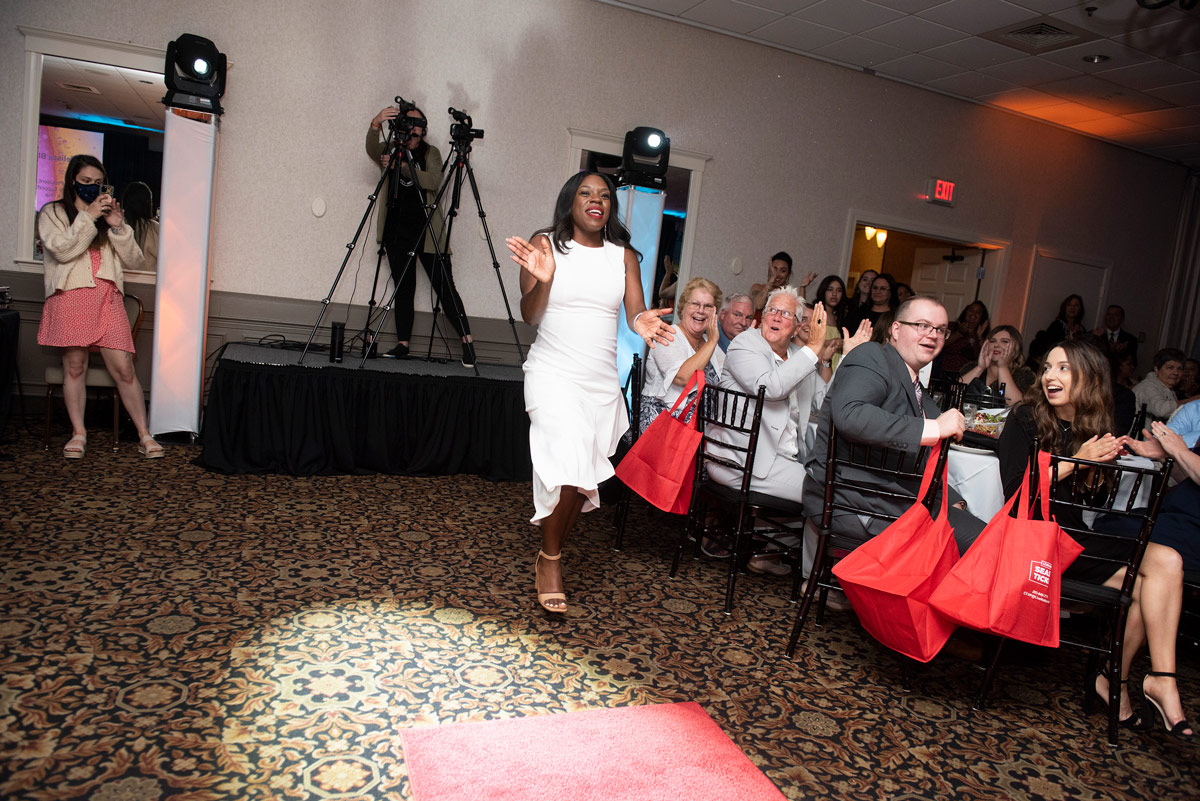