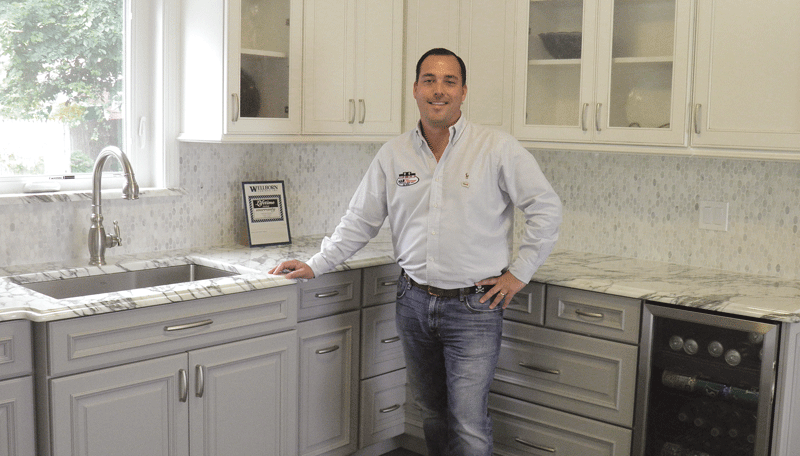 Hunter Marosits says luxury kitchens may have two dishwashers, six or eight stovetop burners, and custom features such as bread warmers and microwaves built into a drawer.

The kitchen has long been known as the heart of a home, and many people are remodeling to add style, function, flair, and a dose of luxury to the most important room in their living area.

“Our sales are up 20% to 25% over last summer, and this year has been super busy; our normal lead time is six weeks, and for a while we were backlogged three months,” said Steve Wenninger, president of Ideal Kitchens Home Improvement Inc. in Chicopee, who owns the company with his wife, Marie Wenninger.

Hunter Marosits is also doing well, and says people are expanding the space to suit today’s lifestyles. “But every kitchen we create is unique. We never do the same thing twice,” said the president of H&R Homes Remodeling Inc. in Springfield.

The recipe for success contains many ingredients, but local remodelers say it begins with and centers around the design.

“The kitchen is a critical part of the home, and designing the room is a work of art that depends on the skill of the designer, the flexibility of the client, and the size of the space. Cost must always be balanced with aesthetics,” said Curio Nataloni, who co-owns Kitchens by Curio in Springfield with his brother, Francis Nataloni, a certified kitchen and bath designer.

“A client can buy the best cabinets and appliances, but that doesn’t mean they will end up with a good kitchen,” he went on. “Form follows function, and a good designer may be able to create the same environment by using less-expensive elements that provide the same aesthetic value.”

Those we spoke with said demand for luxury kitchens has heated up, fueled in part by TV remodeling shows and Internet sites with thousands of before-and-after photos.

“In the ’60s, kitchens were created with a way in and a way out. But today, people are entertaining more in their kitchens than in their living rooms or dining rooms, so they want a lot of open space,” Marosits said.

Francis Nataloni agrees. “Prior to the ’90s, kitchens, dining rooms, and family rooms were completely separate. But lifestyles have become more informal, and people want a gathering space that encompasses a sit-down area such as an island, where they can talk to their guests while they cook, as well as an eat-in area,” he said.

For this issue and its focus on luxury living, BusinessWest talks with designers about what goes into the ideal kitchen — and what homeowners can get out of one.

Most kitchen remodelers draw up a design based on the homeowner’s preferences and the size of the space, but thanks to 3-D renderings, large screens, and state-of-the-art computer tools, it’s easy to make modifications and change details.

“Our job is to take what people have seen and want, then give them a realistic idea of what it will look like in their home,” Francis Nataloni said.

However, major kitchen remodels take time, and many homeowners are surprised that weeks or months may go by before the job is complete. That doesn’t mean they are without working space, however, as temporary countertops can be placed on new cabinets, and every effort is made to get the kitchen sink working as soon as possible.

Overall, remodeling a kitchen involves a lot of small but important decisions, said Curio Nataloni as he flipped through a book with hundreds of specifics that include who will be responsible for floors, windows, carpentry, plumbing, electric work, hooking up the appliances, and more.

In fact, the process can be so complex that Marosits refers to it as a “journey,” on requiring myriad choices. “But a lot of customers get as much enjoyment picking things out as they do when everything is finished,” he told BusinessWest.

Trends come and go, and today, people want a streamlined, simple look. And when it comes to cabinets, “oak is out, cherry is really hot, and maple that is painted is popular,” said Wenninger, adding that white, antique white, or glazed finishes, which give a two-tone effect, are top choices, and in high-end kitchens, cabinets often are given a painted, distressed look, which adds depth.

Francis Nataloni said dark espresso is also a growing color trend, particularly in contemporary kitchens. “But new finishes are coming down the pike,” he noted. “Gray and weathered gray is growing in popularity, as it gives a kitchen an urban, barn-style look.”

In addition to color, style comes into the mix, and shaker-style cabinetry is the number-one seller. “It’s become a staple because it has a more contemporary look and lends itself well to an informal atmosphere,” Francis Nataloni said, adding that people get ideas from magazines and websites, which is why his company has a presence on Houzz.com, where it was feted with the 2015 Customer Service Award based on reviews.

But design still comes into play, and a lot can be done to make a kitchen unique.

“Cabinets can be positioned at different heights,” Marosits said, adding that glass doors provide another way to customize cabinetry, with choices ranging from clear to seeded or frosted. In addition, a small touch like positioning the kitchen sink a few inches out from the wall provides more room behind it, but also makes it a focal point.

Since people are seeking a streamlined look, they want to hide small appliances and other items typically found on countertops. And that’s easy to do: there are microwaves built into drawers, corner cabinets that slide open and eliminate the need for turntables, and tall cabinets or pantries that house equipment and gadgets.

In high-end kitchens, refrigerators and dishwashers can also be disguised when they are covered with the same wood or finish as the cabinets, resulting in a seamless look.

Major appliances are important, and quiet dishwashers make a difference, especially in open floor plans. But packages can be pricey, costing up to $25,000, although most people choose models well below that figure.

Although many people still want double ovens, Francis Nataloni said six or eight burners and an oven combo, which includes a traditional oven topped by a smaller ‘speed oven’ that doubles as a convection oven and microwave, often suits the bill.

Countertops and backsplashes are other elements that require critical decision making.

“Granite is the most popular choice, but marble is moving in,” Marosits said, adding that he takes his clients to distributors where there are thousands of patterns at different price points, and they decide what part of a slab will become the focal point.

However, quartz is also becoming desirable. Wenninger said it is stronger than granite and is maintenance-free. “Standard granite needs to be sprayed every year to prevent staining, and although it’s not hard to do, some people prefer to completely eliminate the task.”

People with a large amount of space usually want an island, but in smaller kitchens, peninsulas attached to the wall serve as workspaces and separate one section of the room from another. “An island is like a piece of furniture and doesn’t have to match the rest of the kitchen,” Wenninger said. “High-end kitchens are often mixing stainless and cherry.”

Although everyone wants a luxury kitchen, people who remodel usually fall into two categories: those who want to improve the resale value of their house, and those who love their homes and have no plans to move.

The latter group usually gets everything it wants, although Curio Natalino said the cost can often be reduced by the designer, who can advise them how to achieve the look they want within their budget.

To that end, Ideal Kitchens has its own cabinet refacing shop, and Wenninger has clients in luxury homes who choose to reface existing cabinets with solid interiors to get the look they are seeking.

“We take off the old doors, make brand-new ones, add new moldings, and put a quarter-inch skin frame behind cabinets and on the edges of the shelves. It can save up to half the cost, and glass and large drawers for pots and pans can be added. We can also create dovetail drawers and add soft-door closures,” he said.

Marosits told BusinessWest that moldings can be mixed and matched with an almost endless number of choices, and they can change the entire look of a kitchen.

But no matter what people choose, remodelers agree that, if a kitchen is well-designed, in most cases people should be able to recoup the money they spend when and if they do sell their home.

“Kitchens have a lifespan of 20 to 30 years, and after that they are considered worn or outdated. But most people only redo their kitchens once in their lifetime, and since statistics show they usually get 100% of their money back, there is no reason not to do it,” Marosits said, adding that some luxury homeowners don’t want an entirely new kitchen, but want a new look, which can be achieved with exotic granite countertops, an upscale backsplash, and a change in hardware on the cabinets.

Which means that dreams can come true at a range of budgets, and the heart of the home can truly become its hub. 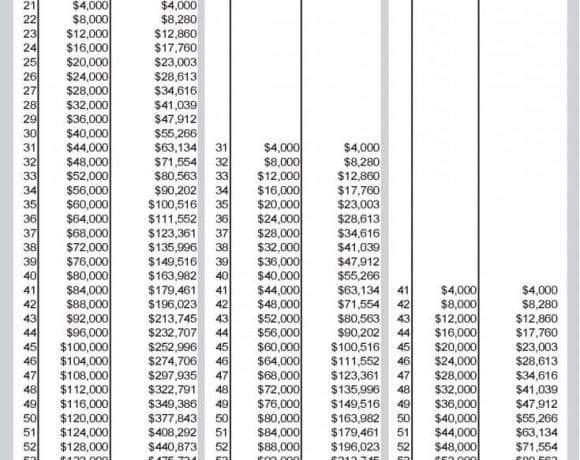