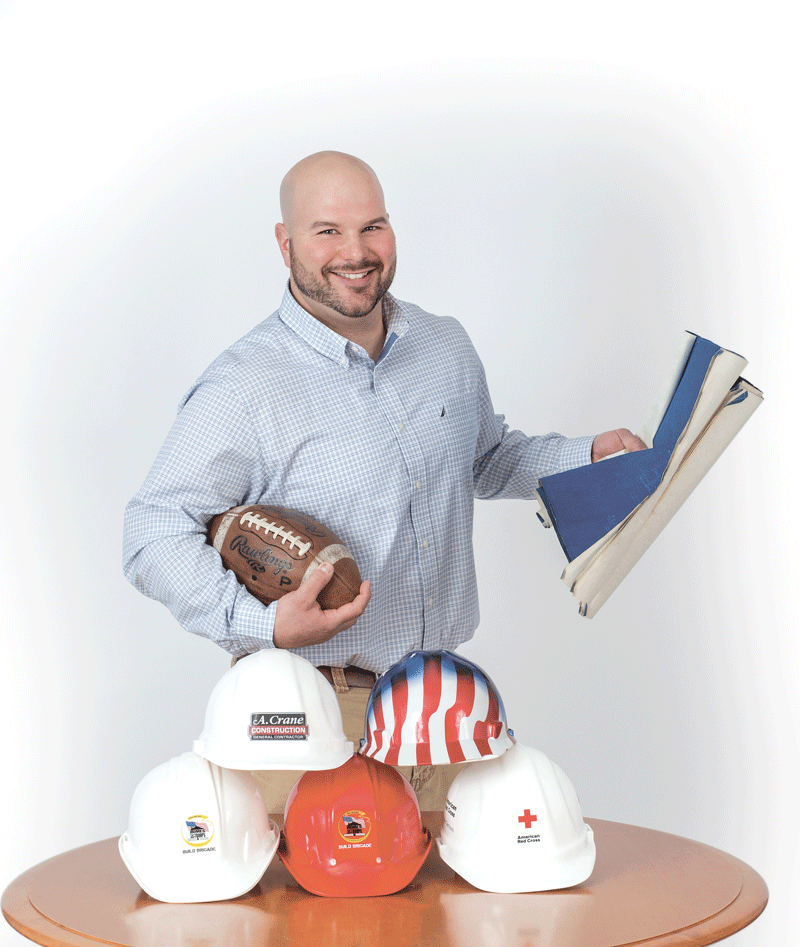 Andy Crane says he doesn’t have much downtime between work and family, but he devotes a decent chunk of what he does have to “old-man softball” and especially touch football. He plays mostly defensive tackle in the Western Mass. Touch Football League, and when its fall season ends, the squad plays through the winter in a domed facility in Greenfield on Friday nights.

“I really like football. It’s a good release, although it’s almost time to give it up — my joints are starting to creak and crack,” he joked, adding that he won’t have to look hard for new uses for that time if he is forced to retire.

Indeed, Crane, the father of two (ages 7 and 1) is co-owner of A. Crane Construction in Chicopee, a venture started by his father (also named Andrew) that specializes in all phases of residential and light commercial construction and also manages condominium complexes and other types of commercial real estate.

The Cranes divide the various, and many, responsibilities, with the elder serving as primary salesperson and the younger handling outside operations and most day-to-day activities. They make all the key business decisions as a team, and together they’ve generated strong, steady growth over the past several years.

While providing effective leadership for the company, Crane is doing the same within the community. He is immediate past president of the Home Builders and Remodelers Assoc. of Western Mass., and is still heavily involved locally as chair of the organization’s building maintenance committee and the Home Show committee, and he’s also on the state board.

He’s also on the board of the Pioneer Valley Red Cross and serves as chairman of the committee that selects the organization’s Hometown Heroes, and he played a key role in an Extreme Makeover project in 2011 as construction manager.

Most recently, he was named to the board of Westmass Area Development Corp., which oversees several industrial parks in the region, the latest being the Ludlow Mills initiative.

He’s been on that board only a few months, but he takes great pride in its mission to spur economic development.

“I really enjoy the work — bringing economic opportunities to the region is rewarding on many levels,” he explained. “I don’t see any other way to grow Western Mass. other than bringing industry here; with industry comes people to work here, and when people work here, I get to build houses for them.”

In other words, he gets to help build momentum in many different ways. 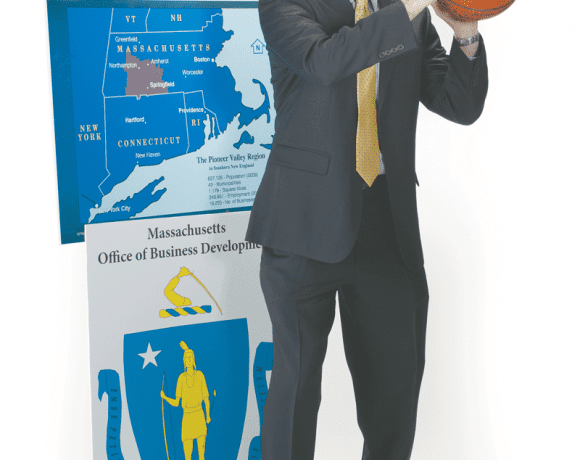