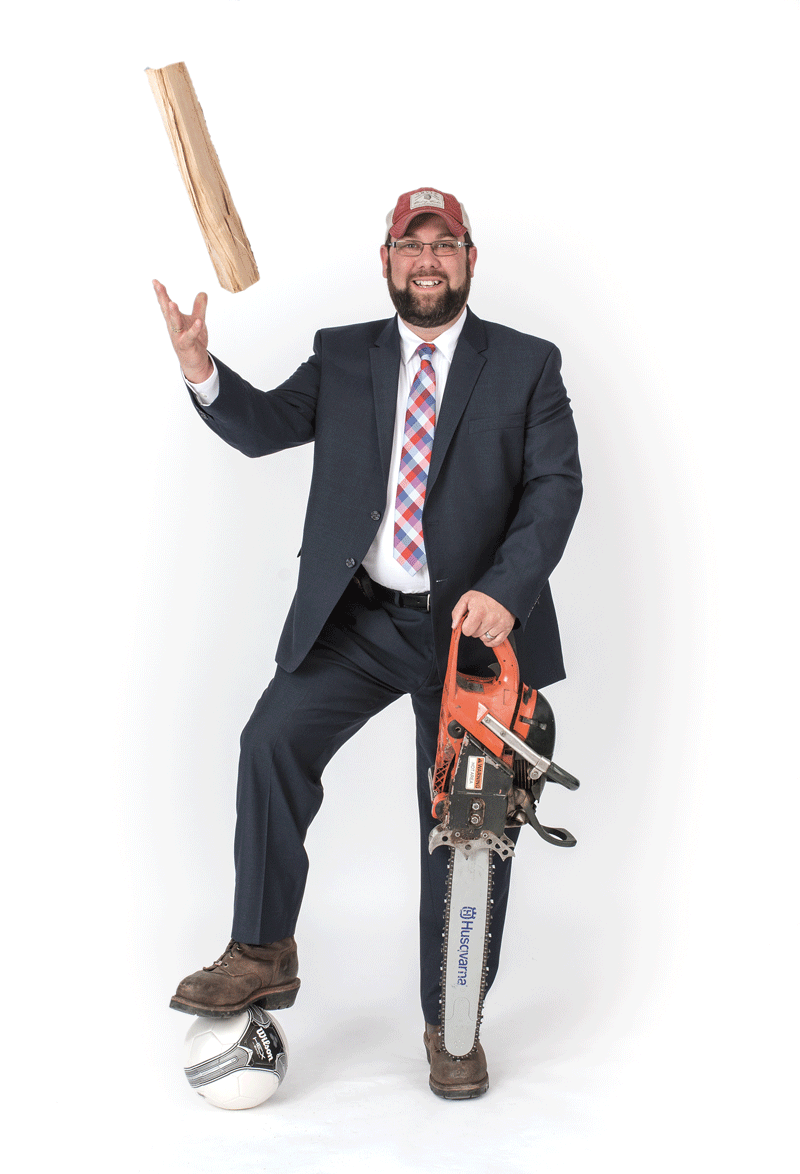 “We’re not trying to be too big for our britches; we’re very earnest, humble people, doing the best we can,” he said of the forestry-products manufacturing firm, which employs 15 people full-time. “We’re nestled here in the hills of Massachusetts, and we’re proud to be local employers in our industry. We’re not a household name in Western Mass., but ask someone working in the forestry industry who we are, and they’ll know immediately.”

Specifically, he noted, “we are the nation’s largest manufacturer of firewood-processing equipment. Basically, a firewood processor takes a length of tree and splits the wood; it’s all mechanized.”

Davis didn’t plan on working in the forestry industry; as co-founder of Montague Webworks, he was an Internet marketing professional serving clients throughout the Valley. Christopher Duval, CRD’s owner, hired Davis in 2007 to help grow his business, and in 2009, Davis sold his marketing firm to his partners to work full-time as CRD’s operations manager. In that role, Davis manages virtually all aspects of the rapidly expanding enterprise.

“Since 2009, we’ve multiplied the growth of the company 15 times; we were a $300,000 company, and now we’re a $10 million company,” he said of the firm, which now ranks as the number-two company in its industry domestically, with about 400 active clients in 41 states and 12 foreign countries. “It’s been quite a ride. We’ve done that through our marketing efforts, but also because we have an exceptionally good product. It’s a family-owned company, and our market segment loves that.”

Despite the challenges of his wide-ranging job, however, Davis finds plenty of time for civic involvement as well, chairing the Orange Town School Building Committee and serving on the boards of his church and area professional organizations.

“I just got elected to the elementary-school board in Orange,” he said. “I live in a small community, and I was raised in a very small, tight-knit, Roman Catholic family. I’m a firm believer that you should put your resources where they can be most effective. I don’t fancy myself a politico, but if you have the leadership ability to speak on behalf of others who can’t or choose not to do it themselves, it’s important to do so.”

Davis also sees civic involvement as setting an example for his two children.

“I take my role as a father very seriously,” he said. “When they ask questions, it gets them involved, too, and they know it’s important to do things for others.”