Professor of Law and Director of the Center for Gender & Sexuality Studies, Western New England University School of Law; Age 38 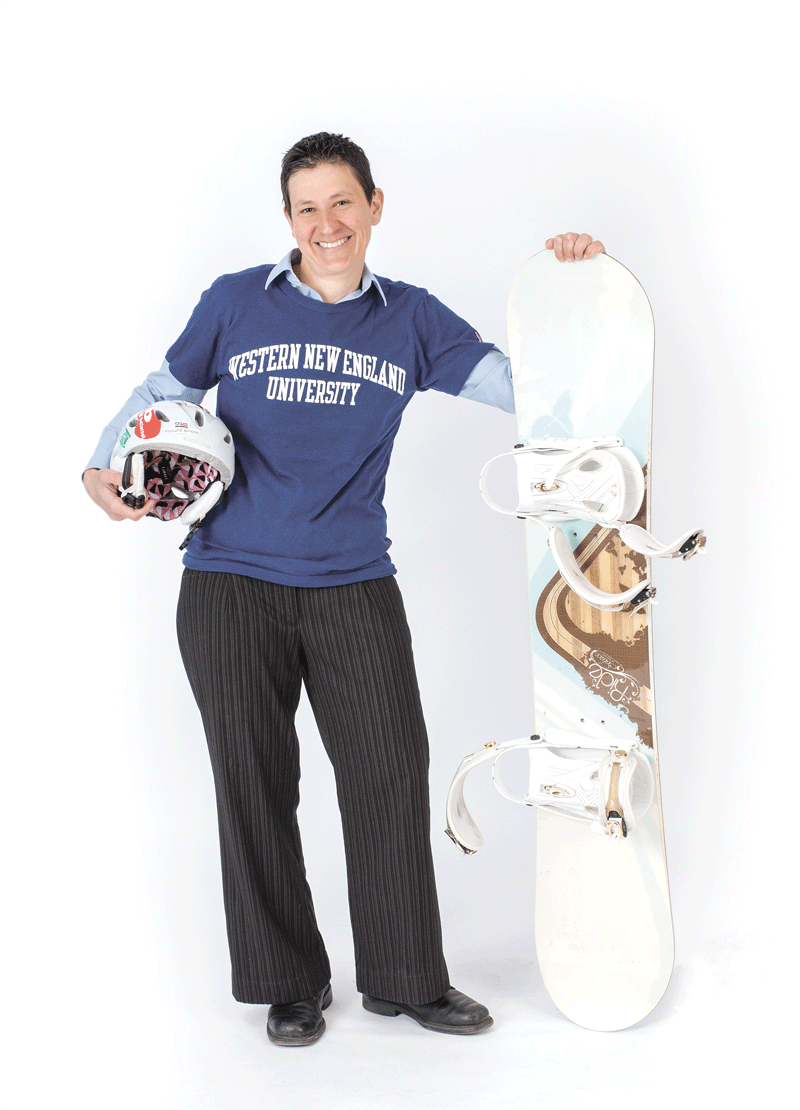 Erin Buzuvis says that, when most people hear the phrase ‘Title IX’ — which states, in part, that “no person in the United States shall, on the basis of sex, be excluded from participation in, be denied the benefits of, or be subject to discrimination under any education program or activity receiving federal financial assistance” — they inevitably think of sports.

And while equality on the playing field, something lacking before this legislation, is certainly a part of this now-44-year-old statute, there is much more to it, said Buzuvis, who would know.

Indeed, she is one of the nation’s leading authorities on Title IX, has published numerous articles and book chapters on the statute, and has been quoted on the subject in a number of media outlets, including the New York Times, Sports Illustrated, and the Chronicle of Higher Education.

“One thing we’re seeing nationally is increasing recognition of Title IX’s application to areas other than athletics, which is not to say that we’ve reached full equality in athletics and we’ve decided to move on,” she explained. “Title IX is a very generally worded statute about sex discrimination and education, and there is now increased awareness of Title IX’s application to campus sexual assaults.

“Roughly 100 schools are now being subject to investigation by the Department of Education for their lack of sufficient policies and practices to prevent sexual assaults on campus,” she went on, adding that this was an aspect of the statute that had been unexplored in recent years.

Exploring the wide range of issues involved with gender and sexual equality is the informal mission of the Center for Gender & Sexuality Studies at Western New England School of Law, which Buzuvis helped launch in 2012 and now directs.

The center serves as an educational resource for the law school, the university, the legal community, and the general public, she explained, adding that it enables WNEU Law to provide students with unique opportunities to learn about gender and sexuality legal issues — and there are many of them — and graduate with a concentration in that emerging area of the law.

“We’re working on an upcoming program about housing-discrimination issues and challenges, and the legal response to those issues for the LGBT community, and we had a program last year on domestic-violence issues in the NFL,” she said, adding that the center was created to shine a spotlight on such matters — and keep that light on.