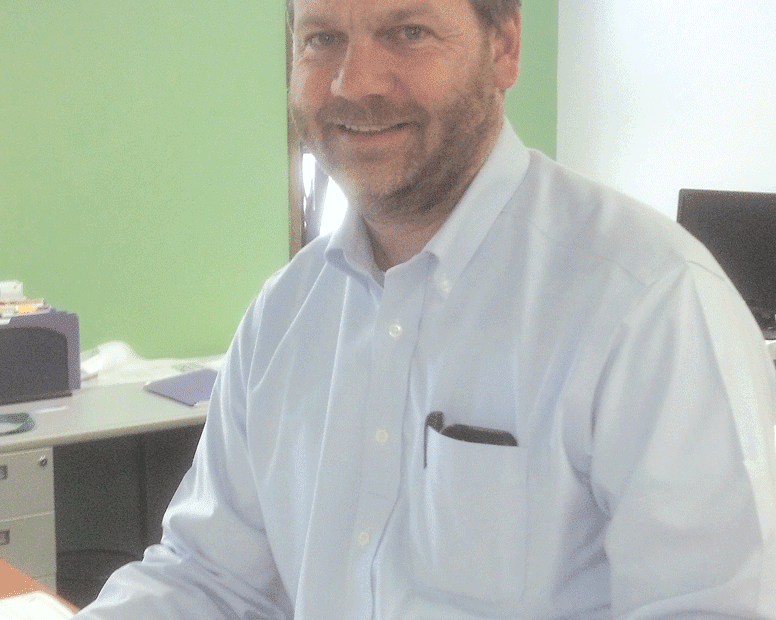 Architecture EL Seeks a Balance Between Beauty and Function 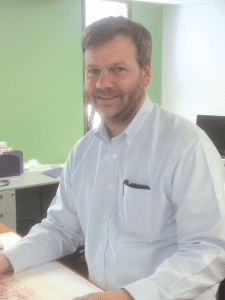 Kevin Shea says his firm has stayed busy in its first five years with a very diverse roster of jobs.

Kevin Shea says many kids grow up watching their dad build a garage or repair a shed. In his case, helping out around the house inspired him to pursue an equally hands-on career.
“I remember seeing old blueprints, and that was of interest to me,” said Shea, owner of Architecture EL Inc. in East Longmeadow. “Architecture actually ended up fitting my personality, that blend of hands-on and creative, mechanical and artistic. It worked out to be a good balance.”
After graduating from Roger Williams University in Rhode Island, he took a job with a small architecture firm for 18 years before deciding in 2008 to strike out on his own.
“I grew up in the Hampden-Wilbraham area, so this is pretty much my region,” he said. “Basically, we’re a small office built on the idea of direct design. The final product is never far from my hands.”
Architecture EL — the acronym stands for Environment Life — is essentially a two-person operation, though the firm will contract to bring on a handful of others for big jobs. “We’re trying to grow to the point where we can bring in some additional staff,” Shea said. “It’s just a matter of waiting for the economy to stabilize.”
In fact, the company has never operated in a thriving economy, launching in 2008, just before the financial crash kicked off the Great Recession, from which the region and nation are still trying to recover. But Shea — who repeatedly used the word ‘fortunate’ to describe the past few years while speaking to BusinessWest — said he has kept consistently busy, with dozens of projects on the docket now, albeit most of them small.
“Our work is commercial, municipal, residential … in Western Mass., most architects are jacks of all trades. And with the economy the past few years, you do whatever comes along.”

Built for Success
Shea has weathered an uncertain economic climate, he said, by focusing on personal service — working closely with clients from design conception through construction and occupancy — but also on that flexibility and diversity he mentioned.
“Historically, my base was strongly commercial. It started with medical and multi-family residential projects,” he said, adding that Architecture EL will take on most any type of proposal. “We’re small, so we’re pretty fortunate to have a nice volume of work and some good diversity.”
He detailed some of the firm’s recent and ongoing work to demonstrate that variety, from a demonstration center alongside the jet-engine fabrication facility at Pratt & Whitney in Middletown, Conn. to the Wilbraham Grange building on Main Street, which is being retrofit into a single-family residence.
In addition, “we’re currently bidding for improvements to the Hatfield Town Hall; we’re expanding their primary town offices and meeting rooms, and we also did a study for an elevator and accessible entry throughout the building. We also did a study for the Historical Society in hopes of fitting out the upper level for a museum.”
He also cited work for the Westfield Museum, which is moving into a historically registered building that once housed a whip manufacturing company. “We’re in the first phase — building envelope improvements, masonry restoration, windows, slate roof — and heading toward the next phase, which will really define the museum space. There’s a mix of historical elements, and it has its own host of issues, but it’s a neat little project.”
Almost all the firm’s assignments come from direct referrals, “people who are actually interested in doing the work, not just guys fishing.” The project log is mostly private work, but there are some public projects as well.
“It’s something different all the time,” he said, “but, at the end of the day, it’s all about solving a problem. Sometimes it’s the budget, sometimes it’s technical, sometimes it’s historical or accessibility … the reality is, it’s all about solving problems with a design solution.
“I think we do a pretty good job pulling everything together — the artistic and the technical sides,” Shea added, noting that some firms specialize in the technical side of the industry, while others were trained at universities that stress esoteric design concepts over functionality.
“My background is strongly rooted in creative design, but also supported by buildability and what will serve the client,” he explained. “And, of course, we look to be as forward-thinking as possible in energy-efficient design solutions.”
‘Green’ design is, of course, a hot trend in architecture and construction these days, but not only on large projects. For instance, homeowners and small businesses affected by the freak weather events of 2011 were also looking to rebuild in greener ways.
“There was a definite uptick with the hurricanes, tornadoes, and snowstorm; people were looking at better insulation, generators, better fuels; solar is certainly making inroads.”
The firm designed a few rebuilding jobs in Monson after the twister devastated that community, Shea recalled. “I felt fortunate to help people rebuilding their house or their business. Those were great jobs because people were really struggling, fighting with their insurance companies, and I felt good coming in and helping them, being part of the solution rather than part of the problem.”

Early Inspiration
As he works to meet client needs and eventually grow Architecture EL into a larger company, Shea recalled that his early life inspired not just his career choice, but his work ethic in general.
“Growing up, we were a small family that lived modestly. We used to fix everything that broke; we didn’t call people,” he said. “If we needed something built, we built it. Now, everyone hires someone to mow their lawn.”
He said a “Berkshires can-do mentality” was instilled in him early on. “It helped me all the way through my career. In college, I worked construction in the summer. They told me I was the first college kid who knew how to work. I’ve been working all my life, building and fixing things, very hands-on, and that just translated to how I tackle my business.”
And that work ethic is paying dividends today. “We get hired based on who we are, our experience, and our contacts,” he said. “We provide a great level of service and quality control. That’s what people are looking for.”