Community Partnerships Created to Promote Health
BOSTON — Gov. Deval Patrick’s administration recently announced more than $40 million in grants to nine community-based partnerships — including networks in Holyoke and Pittsfield — to help fight chronic illness and improve health outcomes while reducing healthcare costs. Part of the Prevention and Wellness Trust Fund, this first-in-the-nation effort is part of a $60 million grant over four years created by the Legislature and administered by the Department of Public Health (DPH). “In Massachusetts, we believe that healthcare is a public good, and every resident deserves access to affordable, quality care. These grants will help us reach that goal by funding the intervention strategies proven to work,” Patrick said. The fund supports community-based partnerships in achieving measurable health goals through research-based interventions. Working together, municipalities, healthcare systems, community organizations, businesses, regional planning organizations, and schools design community-specific programs addressing issues such as hypertension, smoking, falls prevention among older adults, and pediatric asthma. As a condition of funding, each partnership must achieve specified health and cost-saving benchmarks on at least two of the four health issues prioritized by the trust. “As a registered nurse, I’ve seen the power of prevention in improving health outcomes, and the importance of local partnerships in driving change at the community level,” said DPH Commissioner Cheryl Bartlett. “These Prevention and Wellness Trust Fund grants will promote both of these worthy objectives in cities and towns across the Commonwealth.”  Funded partnerships will work to reduce rates of the most prevalent and preventable health conditions, advance healthy behaviors, increase the adoption of workplace wellness or health-management programs, and address health disparities. Each of the nine grantees will receive up to $250,000 for the first phase of their work. As grantees demonstrate their readiness to implement interventions in community and clinical settings, they will receive additional funding between $900,000 and $1.5 million for each of the next three years. The amount each partnership receives depends upon population covered and the number of conditions addressed. The two local coordinating organizations are Berkshire Medical Center (partnering with Berkshire County Boards of Health, Berkshire United Way, Berkshire Regional Planning Commission, Berkshire Public Health Alliance, Fairview Hospital, North Adams Regional Hospital, North Berkshire Community Coalition, and Tri-town Health Department District); and Holyoke Health Center (partnering with the city of Holyoke, Greater Holyoke YMCA, Holyoke Medical Center, River Valley Counseling Center, and Western Mass Physician Associates). For more information on the Prevention and Wellness Trust Fund, visit mass.gov/pwtf.

Markey, Warren Press for Release of Heating Assistance
WASHINGTON — With millions of families facing harsh weather and economic conditions and nearly $490 million still remaining this year for the nation’s low-income heating-assistance program following recent passage of the omnibus spending bill, U.S. Sens. Edward Markey and Elizabeth Warren called on the Obama administration to immediately distribute those energy assistance benefits to Massachusetts residents. In a letter sent to Health and Human Services Secretary Kathleen Sebelius, the senators argue that budgetary certitude created by passing the 2014 appropriations bill allows the department to immediately distribute the almost $490 million remaining in the Low Income Home Energy Assistance Program (LIHEAP). Temperatures have fallen in recent weeks to dangerous levels, but home heating prices have risen more than forecast. “A combination of frigid temperatures and higher than anticipated energy prices is creating a dire situation for many New England households,” according to the letter. “Releasing the nearly $490 million in remaining LIHEAP funds for this year as soon as possible is imperative to ensure that families who have already been stretched to the limit by these cuts can continue to pay their heating bills. We urge HHS to immediately release Massachusetts’ share of all remaining heating-assistance funds for the current year.” LIHEAP funding has also been cut by about one-third over the last four years, leading to a reduction in benefits and the number of families receiving assistance in many states. Markey and others have called for a restoration of full funding for the LIHEAP program to $5.1 billion per year.

Massachusetts Adds 10,300 Jobs in December; State’s GDP on Rise
BOSTON — The Executive Office of Labor and Workforce Development (EOLWD) recently reported that the Bureau of Labor Statistics’ (BLS) preliminary estimates show that Massachusetts added 10,300 jobs in December, and the total unemployment rate was 7.0%. Over the year, the unemployment rate was up 0.3% from the December 2012 rate of 6.7%. The private sector added 10,400 jobs in December as professional, scientific, and business services; trade, transportation, and utilities; leisure and hospitality; financial activities; and other services all added jobs. Over the year (December 2012 to December 2013), Massachusetts added 55,500 jobs in total, 54,500 of which were in the private sector. The December 2013 estimates show 3,237,600 Massachusetts residents were employed and 243,800 were unemployed, for a total labor force of 3,481,300. The December labor force decreased by 1,900 from 3,483,200 in November 2013, as 100 more residents were employed and 1,900 fewer residents were unemployed over the month. The labor force was an estimated 500 below the 3,481,800 December 2012 estimate, with 10,600 fewer residents employed and 10,300 more residents unemployed. Meanwhile, Massachusetts real gross domestic product grew at an estimated annual rate of 5.5% in the fourth quarter of 2013, according to the MassBenchmarks Current Economic Index. MassBenchmarks is the journal of the Massachusetts economy published by the UMass Donahue Institute based in Hadley in collaboration with the Federal Reserve Bank of Boston. It reports that the state’s economy is growing faster than the nation’s as a whole. The U.S. Department of Commerce reports national real gross domestic product grew at an annual rate of 3.2% during the same period. In 2013, state economic growth outpaced that of the nation in three of four quarters, according to the report. “The Massachusetts economy appears to be benefiting from improving conditions in national and international economies, and by increasingly confident households who are demonstrating a willingness to spend,” writes Alan Clayton-Matthews, MassBenchmarks senior contributing editor and associate professor of economics and public policy at Northeastern University. 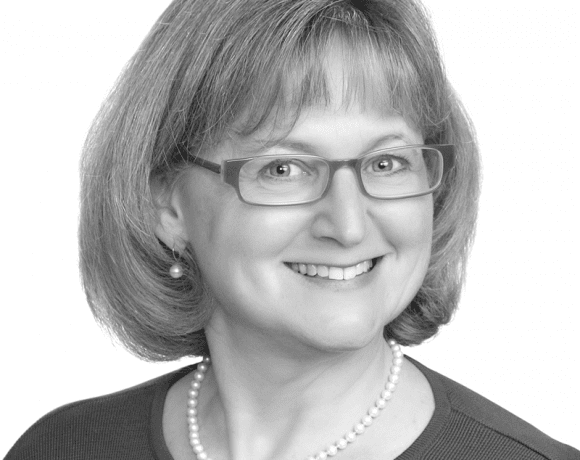