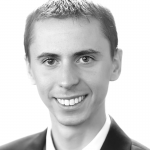 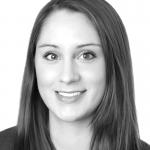 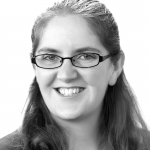 Meyers Brothers Kalicka, P.C. recently hired two new Associates, Christopher Marini and Theresa Glod, and announced the promotion of Teresa Perkins. Marini and Glod will work closely with clients in the firm’s Accounting and Auditing department.  Before coming to MBK, Marini interned for two years at Pignatare and Sagan, LLC, Certified Public Accountants, and earned a BBA from UMass Isenberg School and Commonwealth Honors College. He is currently pursuing his MSA at UConn, and is a member of the Mass. Society of CPAs. Glod worked previously at PricewaterhouseCoopers in New York City, and holds a BBA in Accounting and an MS in Accounting from Western New England University. She is currently sitting for her CPA exam.  Perkins was promoted to Senior Associate in the Audit and Accounting division; she was previously a Staff Audit Associate and, before coming to MBK, was a staff accountant at Big Y Foods. Perkins is a graduate of Western New England University, earning a bachelor’s degree in 2006 and an MS in Accounting in 2009. She is currently studying for the CPA exams.
••••• 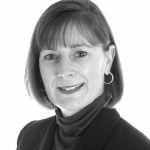 Berkshire Bank recently announced that Lori Gazzillo has been promoted to Vice President and Director of the Berkshire Bank Foundation. Gazzillo will oversee the bank’s two foundations, one of which provides grants to nonprofit organizations in the communities served by Berkshire Bank, and the other in which the foundation administers the bank’s extensive employee volunteer program and scholarship program. Gazzillo has served for the past year as the foundation’s Assistant Director and assumed the key leadership role with the retirement of Peter Lafayette as former director after eight years of service on Dec. 31, 2013. Lafayette will continue in an advisory capacity. Gazzillo joined Berkshire Bank in July 2011 from Legacy Banks after Berkshire Bank and Legacy merged. While at Legacy, she served as Vice President of Community Relations. Prior to her banking career, Gazzillo worked for nine years at Massachusetts College of Liberal Arts (MCLA), overseeing the institution’s public relations. Currently she serves on the Berkshire Chamber of Commerce Board of Directors, Multicultural BRIDGE, and Berkshire Business and Professional Women. She holds a BA in Journalism from Keene State College and a M.Ed. from MCLA.
•••••
The Westfield-based engineering firm Tighe & Bond recently promoted five employees who have demonstrated exceptional performance, client service, and leadership. Three of the five have been promoted to Associate within the firm’s stock ownership program; they are: 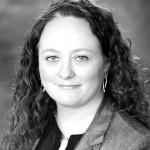 • Briony Angus, AICP, a project manager who joined Tighe & Bond’s Westfield office in 2008. Angus is an environmental and land-use planner with 15 years of experience managing development projects that require approvals from local, state, and federal regulatory agencies. A certified land-use planner, Angus is a member of the American Planning Assoc., and Chair of the Amherst Conservation Commission. Angus has a BA from McGill University and a MA in Urban and Environmental Policy and Planning from Tufts University; 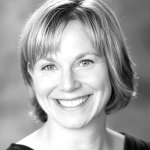 • Susan Guswa, P.E, a senior engineer who joined Tighe & Bond’s Westfield office in 2003. She has more than 18 years of experience, serves as a project manager and design engineer for major wastewater upgrades throughout New England, and is Tighe & Bond’s Wastewater Technical Practice Group Leader. Guswa holds a BS in Civil and Environmental Engineering from Duke University and a MS in Civil and Environmental Engineering from Stanford University. She is a member of the Water Environment Federation and the New England Water Environment Assoc., and 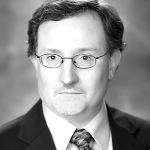 • David Popielarczyk, P.E., a senior engineer who joined Tighe & Bond’s Westfield office in 1986, and has more than 27 years of experience in the planning, evaluation, design, and construction management of water resources and wastewater projects. Popielarczyk received his BS in Civil Engineering from the University of Hartford, and a MS in Environmental Engineering from UMass Amherst.  He is a member of the American Society of Civil Engineers, the New England Water Works Assoc., the New England Water Environment Assoc., and the Water Environment Federation.
Also promoted into the stock ownership program were:
• Gary Roberts, an environmental scientist in the firm’s Westfield office; and
• Joseph Persechino, P.E., LEEP AP, a project manager in the firm’s Portsmouth, N.H. office.
•••••
The Springfield-based regional law firm of Bacon Wilson, P.C. announced the following: 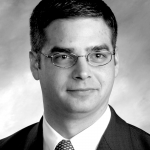 • Benjamin Coyle has been named a shareholder. He is a member of the firm’s business and corporate, estate planning and elder, litigation, municipal departments, and is a five-time recipient of the SuperLawyers Rising Stars distinction and a board member of the Western Mass. Council of the Boy Scouts of America. Coyle earned his J.D. from Western New England University School of Law and his B.S.B.A. from Western New England University. 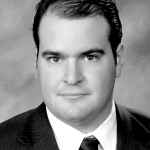 • Adam Basch has been named a shareholder of the firm. He is a member of the litigation department, practices in the areas of construction litigation, personal injury, general litigation, and commercial litigation. He is the former secretary of the Hampden County Bar Association, a six-time recipient of the SuperLawyers Rising Stars distinction, and serves as a member of the Wilbraham Planning Board and the United Way Allocation Committee. He teaches litigation and business law at Bay Path College and is the author of numerous construction and general litigation articles. Basch earned his J.D. from Western New England University School of Law and his B.A. from Union College.
Tags: Construction Departments Estate Planning Law People on the Move