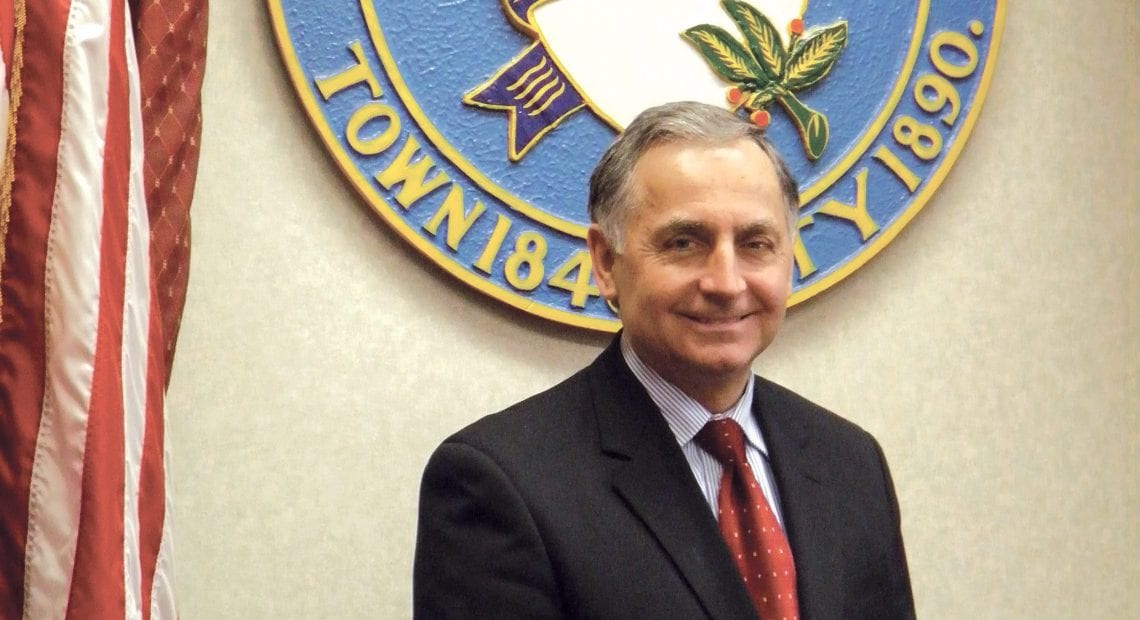 Four years ago, a $7,500 grant from MassDevelopment helped to fund the first annual Downtown GetDown block party in Chicopee. Mayor Richard Kos understands why that was a good investment.

“They like the idea of people coming downtown, because when they do, it gives other people impetus to want to develop the downtown,” he told BusinessWest.

In that first year, he went on, “the block party really removed a lot of question marks. People say there’s no parking downtown. Well, we had 15,000 people over a weekend, and no one complained about parking. It was not an issue. We had people come down and say, ‘this is a nice place to walk around.’ It’s safe, secure, well-lit at night, and they had a lot of fun.”

Now in its fifth year, Downtown GetDown is again expected to draw around 15,000 people the weekend of Aug. 23-24, offering a steady diet of music, entertainment, food, and more than 60 vendor booths.

And what visitors will see is a downtown on the rise, the mayor noted. Take, for example, two residential projects in the pipeline, both of them conversions of former mills: the SilverBrick Group’s $29 million project that will offer 280 units at the Cabotville Mill, and Mount Holyoke Development’s $14 million project that will bring another 105 to the Lyman Mills building.

Across the street is Ames Privilege, a 270-unit development that opened several years ago and now has a two- to three-year waiting list. “We look at that as a model,” Kos said. “If anyone wonders about the need, we point out what a success Ames Privilege is.”

Mills have a particular attraction for young professionals who seek urban living surrounded by public transportation options and walkable amenities. The latter will get a boost with the expected opening of a C-Town supermarket downtown.

“That eliminates a food desert downtown,” Kos said. “To some degree, they’re anticipating what’s happening when you add several hundred apartments. People need groceries — it’s convenient to just walk out your door to a market that provides a lot of food options.”

Chicopee has also signed on to the regional ValleyBike program, with the downtown joining two other locations — in Chicopee Falls and Willimansett — with bike-share stations. “We think those will be positive, and will give people another way to get to work and do things they enjoy doing,” the mayor added. 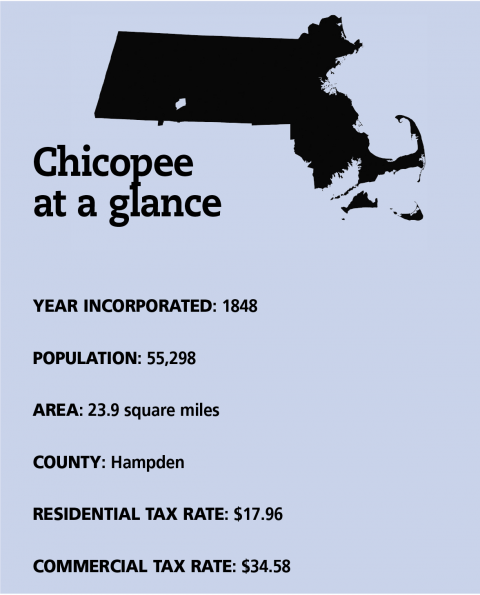 But perhaps the most intriguing development downtown is the two-year MassDevelopment grant that will pay for a Transformative Development Initiative fellow who will focus on economic-development initiatives in the city center, said Lee Pouliot, the city’s director of Planning and Development.

“Our objectives are things like reactivating the old library that’s been vacant for a really long time, getting vacant storefronts filled, and using the GetDown as a catalyst for finding entities that might be interested in growing their business to a permanent location,” he said. “It’s taking energy from those activities and, through the fellow who’s working on our behalf, getting those things to the next step.”

To Kos, it’s all about continuing the momentum that has been picking up steam in recent years. “That’s how you get a downtown where people want to come,” he said, adding, “I grew up in an era of urban renewal where you tore everything down, and unfortunately sometimes there was no plan to replace it, so you wound up with nothing. And then people would scramble to find stuff.”

But he sees value in preserving a downtown’s character — for example, the old mills — while looking to the future. “The old brick-and-mortar buildings were so much more impressive than the new stuff.”

For this edition of Community Spotlight, we shine the light on what’s happening not only in Chicopee’s downtown, but across a city that developers have found increasingly attractive in recent years. 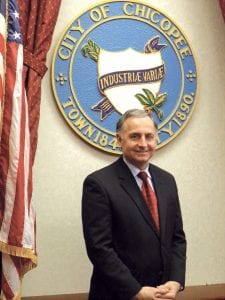 One of the city’s more visible signs of improvement is the work going on at the 148-year-old City Hall itself, which is undergoing a $12 million improvement and renovation project addressing everything from handicap accessibility to roof and foundation repair; from a new elevator to a full auditorium renovation.

“This building needed a little attention,” Kos said. “The last time I was mayor, we built schools and a library. This time, we’re fixing things.”

The city also bought a house near City Hall from the Valley Opportunity Council, and will demolish it; coupled with other city-acquired properties nearby, the endgame will be 125 to 150 additional free parking spots next to City Hall and walking paths to connect them with downtown destinations.

That comes on the heels of a $10 million renovation of Chicopee’s public-safety complex a couple miles away on Court Street. “As one proponent of that, we’re putting a civilian dispatch facility there and making it robust enough to make it regional,” Kos said, an effort that currently includes Longmeadow but could eventually expand to other towns.

“A number of communities have been looking to do this, but nothing was being done, and we made our improvements sufficient, so it just made sense,” the mayor continued. “In some parts of the country, there’s a regional dispatch for 20 to 30 cities and towns. Here in Massachusetts, nearly every community has own dispatch, and for some, it just doesn’t make sense, with one or two calls a night, if that.”

The city is also training civilians to work the system, which will keep more uniformed officers on the street, he added.

Meanwhile, the 10-year (so far) quest to develop the former Uniroyal site continues, as the city needs to abate three more buildings, demolishing one and securing two for future development, including office and residential uses, Pouliot said.

The city also continues to invest in its two high schools, such as an upcoming replacement of the turf field at Chicopee Comprehensive High School and new LED lights for the Chicopee High School field. It’s also starting an $8 million reconstruction of Fuller Road that will include permitting work to create access to Chicopee River for kayakers.

On the city-services side, Kos continues to tout Chicopee’s low residential tax rate, a municipal electric-light utility with similarly attractive rates, and a plan, also through Chicopee Electric Light, to install high-speed fiber throughout the city, joining the growing ranks of ‘gig cities’ across the U.S.

“That will benefit both residents and businesses,” he said. “The internet is really what drives so much now.”

Meanwhile, in preparation to close its dump on New Lombard Road, which it did in June, Chicopee has promoted less waste over the past few years by limiting trash pickup to one 35-gallon barrel per household, with residents able to buy bags for additional trash.

“For the vast majority of people, it’s worked well,” Kos said. “We also gave everyone a barrel three times that size for recycling, which sends the message that you should recycle more than you throw away, and it’s been working. Our trash has gone down by over 25%.”

In other words, it takes cooperation between the city and its residents and businesses to create an environment where people want to live and set up shop. On the latter front, the booming commercial center at Mass Pike exit 5 picked up another pair of businesses with Five Guys and Mattress Firm in recent months, while Dinesh Patel’s planned $45 development at exit 6 is set to begin soon, and will include a hotel, a gas station, a sit-down restaurant, a coffee shop, and two fast-food eateries.

In Willimansett, major employers like Callaway and J. Polep are thriving on Meadow Street, while Chicopee Street recently saw the opening of Leadfoot Brewing. Meanwhile, the new marijuana economy has arrived in Chicopee as well, with Mass Alternative Care already operational on East Main Street, Theory Wellness set to open a shop on Fuller Road, and a couple of other businesses moving forward with the permitting process.

In short, there’s a lot going on, said Kos, who is getting ready to step down from his second stint as mayor, not seeking re-election this fall. To help harness that energy, the city is getting ready to launch a comprehensive planning project, a resident-driven project being conducted by Horsely Witten Group under a two-year, $150,000 contract.

“It will simply answer the question, ‘what does Chicopee want to be in 20 years?’” Pouliot said, “so we can start developing policy and update zoning to support what we want to build now, versus what we wanted to build back in the ’40s or the ’70s.”

Added Kos, “we’re not only dealing with the present, but preparing for the future” — and there are plenty of reasons to be excited about both.

“We’re trying, as a city,” he went on, “to move on multiple fronts to draw more businesses and more residents — to make this a place where you want to live, not where you have to live.” u 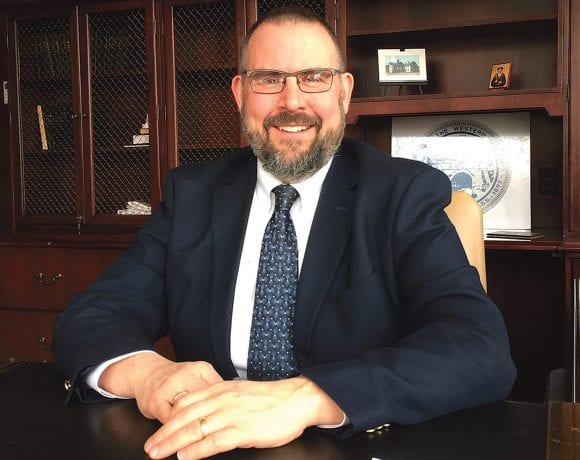