What to Expect in Labor and Employment Law in 2015

For employers in Massachusetts, 2014 was quite a year: in addition to multiple Supreme Court decisions, the Equal Employment Opportunity Commission (EEOC) issued guidance on the Pregnancy Discrimination Act, and new Massachusetts legislation increased the minimum wage, created rights for employees who are victims of domestic violence, and mandated paid sick leave for employers of more than 10 workers.

So what can employers expect from the new year? Based on Congress’s recent inability to pass any meaningful legislation, we don’t expect much from that body, and we don’t have a crystal ball as to what we can expect from the Massachusetts Legislature. But several cases pending before the U.S. Supreme Court could have significant impact on Massachusetts employers. Plus, we can count on some revised regulations related to wage-and-hour exempt status.

Here’s a summary of some issues that employers should watch for in the coming year.

In March, President Obama directed the secretary of Labor to modernize and streamline the existing wage/hour regulations, specifically to consider how the executive, administrative, and profession exemptions should be updated to provide minimum wage and overtime protection to more employees.

In May, the Department of Labor (DOL) announced its plans to review these so-called ‘white-collar’ exemptions. Many labor and employment advisors expected proposed regulations to be issued after the November elections, but the DOL has announced that these regulations will not likely be rolled out until early 2015. There is no question that the regulations governing exempt status will be revised; the only questions are how and when. This is a change that will definitely take place in 2015, and employers should plan now to re-evaluate their exempt classifications when the final regulations are issued.

• Integrity Staffing Solutions v. Busk: In October, the court heard oral arguments in this case, which deals with whether time spent going through security is compensable under the Fair Labor Standards Act. Integrity staffs warehouses for its customers and requires workers in those warehouses to pass through security clearance before leaving for the day, a process that sometimes takes up to 25 minutes to complete.
If the court determines that the time spent in security is ‘integral and indispensable’ to the employees’ principal job activities — fulfilling online purchase orders — the employees will be entitled to be paid for that time. However, if the security line is determined to be ‘postliminary’ to the employees’ work, it’s not compensable.

• M&G Polymers v. Tackett: This is a labor case that wrestles with the interpretation of collective-bargaining agreements under the Labor Management Relations Act. At issue are retiree healthcare benefits for M&G’s unionized employees, as outlined in the CBA. In 2006, M&G announced that retirees would be required to begin making contributions toward the cost of their healthcare coverage. The union objected, arguing that, since the agreement was silent on the duration of the benefit, the employees were entitled to lifetime retiree healthcare benefits without any contribution. According to M&G, other documents, ‘cap’ letters, and ‘side’ letters were intended to modify the agreement for M&G’s plant in Apple Grove, W.V. The court will decide what type of language is required to support a benefit of indefinite duration.

• Mach Mining v. EEOC: In the Bay State, the vast majority of discrimination charges are handled by the Mass. Commission Against Discrimination, so many Massachusetts employers do not have to deal with the federal EEOC. However, for those that face an EEOC charge, this case may have consequences. When the EEOC finds probable cause in a discrimination case, it is required to engage in discussions with the employer in an effort to resolve the matter prior to litigation. In this case, the EEOC cut short the conciliation efforts and filed suit.
Mach Mining claimed that the EEOC did not attempt to conciliate in good faith and that the company should be able to defend the lawsuit on that basis. The court will decide whether litigating the EEOC’s good-faith efforts at conciliation can be considered an affirmative defense in such cases.

• Young v. UPS: This case dovetails with the EEOC’s newly issued enforcement guidance on the Pregnancy Discrimination Act. Young’s doctor restricted her ability to lift more than 20 pounds after she became pregnant, and as a result she could not meet one of the essential requirements of her position. Although UPS had a light-duty policy, it was available only to employees who had been injured on the job or who suffered from a disability under the Americans with Disabilities Act.
UPS gave Young an unpaid, job-protected leave until she could return to work, but the leave was unpaid, and she lost her medical coverage. UPS claimed that its light-duty policy was “gender-blind” because both women and men who were injured at work or disabled under the ADA were eligible for light duty. Young claimed that she was entitled to light duty under the PDA. The court’s decision will have far-reaching impact on the ability of pregnant workers to claim entitlement to light duty as a reasonable accommodation for pregnancy-related work restrictions.

Employers who are interested in staying up to date on these and other significant developments in labor and employment law can sign up for a blog, “The [email protected],” available at www.skoler-abbott.com.

Attorney Susan G. Fentin has been a partner at Skoler, Abbott & Presser since 2004. Her practice concentrates on labor and employment counseling, advising large and small employers on their responsibilities and obligations under state and federal employment laws, and representing employers before state and federal agencies and in court. She speaks frequently to employer groups, conducts training on avoiding problems in employment law, and teaches master classes on both the FMLA and ADA; [email protected]; (413) 737-4753. 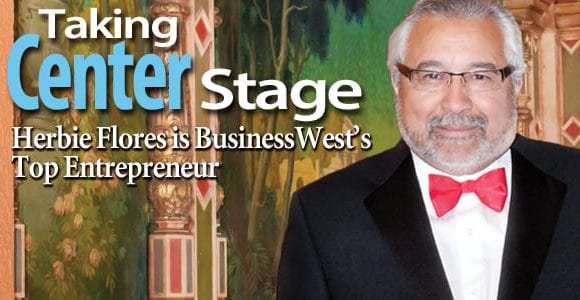