Since early in the COVID-19 pandemic, businesses small and large have been seeking insurance coverage for business losses incurred when the virus or governmental orders forced them to close their doors. Although policyholders have enjoyed mixed results, the outcome of insurance coverage lawsuits ultimately turns on the particular language of the policy at issue.

Two common provisions have become the primary focus of many of these suits: The physical damage requirement, and the virus exclusion. Cases continue to turn on the precise language used in these provisions, or on the absence of the provisions from the policy at issue. As more cases work their way through the state and federal courts, certain outcomes have become more predictable. 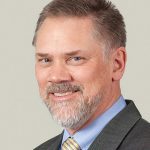 “Two common provisions have become the primary focus of many of these suits: The physical damage requirement, and the virus exclusion. Cases continue to turn on the precise language used in these provisions, or on the absence of the provisions from the policy at issue.”

Many cases have turned on the requirement, included in most but not all policies, that the coverage-triggering event must have caused “direct physical loss of or damage to” the property. Policyholders have argued that the physical harm or loss requirement is met in the COVID context because the virus itself is in the air at the business and physically changes the air, airspaces, property, and property surfaces, that require cleaning to remediate the harm, which has directly led to the loss of use of the property for its intended business purposes.

Insurers, on the other hand, have repeatedly argued that physical loss or damage must include some form of tangible damage or physical alteration to the property itself, rendering the property damaged or unusable such that it must be either discarded, replaced, or repaired.

For the most part, courts have agreed with the insurers on the interpretation of physical damage provisions, and have dismissed COVID coverage suits on the grounds that while the virus may contaminate surfaces, it does not damage them and therefore does not trigger the business interruption coverage that policyholders are seeking. Courts have held that even if the virus has contaminated certain surfaces, the contamination can easily be eliminated by ordinary cleaning and disinfection and the need for cleaning does not constitute a “direct physical loss.”

Even so, not all policies include the same “direct physical loss” language.

Courts, in their analyses, have placed emphasis on the immediacy of the word “direct” such that the absence of the term — a policy requiring only “physical loss” — may provide an opening for insured parties to argue for coverage despite the ever-expanding string of losses on the issue.

Other policies, less commonly, may lack the “physical loss” or “physical damage” requirement altogether. Careful and thorough analysis of policy language may reveal the availability of claims typically dismissed, depending on the specific language used.

However, even those cases that survive the physical-loss inquiry may often be dismissed by courts because of a so-called virus exclusion. In the wake of the SARS epidemic of 2002-2003, many insurers added specific virus exclusions to their policies, adopting language developed by industry groups.

Although SARS infected only a few thousand people, it led to millions of dollars of successful claims against commercial insurance policies for business-interruption coverage. Having been, in effect, forewarned, insurers were better prepared for the litigation arising from the COVID pandemic. Thus, even if a policyholder can demonstrate physical loss or circumvent the physical damage requirement, if there is one, many suits are also being dismissed on the basis of the virus exclusions that are now present in many policies.

Virus coverage cases have faced a particularly difficult time in federal courts, with almost half of them being dismissed on the basis of a lack of physical damage, the presence of a virus exclusion, or similar grounds. Roughly a third of the federal cases continue to work their way through the litigation process, and most of the remainder have been voluntarily dismissed. State courts have generally been more forgiving and provided policyholders with occasional victories.

For example, several state courts in Pennsylvania have either permitted claims to survive motions to dismiss or even granted plaintiffs summary judgment on the issue of the physical damage requirement, one finding that the loss of use was enough to satisfy the requirement. An Oklahoma court found that “direct physical loss” was satisfied where the property was rendered unusable for its intended purpose by the presence of the virus, without requiring any physical alteration of the property. Plaintiffs’ claims have survived dismissal in several California cases as well, where the courts concluded that the phrase “any physical loss” includes the loss of the ability to access or use the property.

Thus, it remains clear that the issues have not been definitively decided in all cases or all jurisdictions. Cases will still turn on the language used in the specific policy before the court and the court’s receptiveness to broader readings of the meaning of “loss.” Prosecuting and defending COVID coverage suits requires counsel adept at reviewing and interpreting policy contract language and conversant in the broader landscape of coverage suits playing out in multiple jurisdictions across the country. u

Michael Roundy is a partner in Bulkley Richardson’s litigation department; (413) 272-6200.

Filling the Holes in Medicare

Who Is Entitled to Overtime?