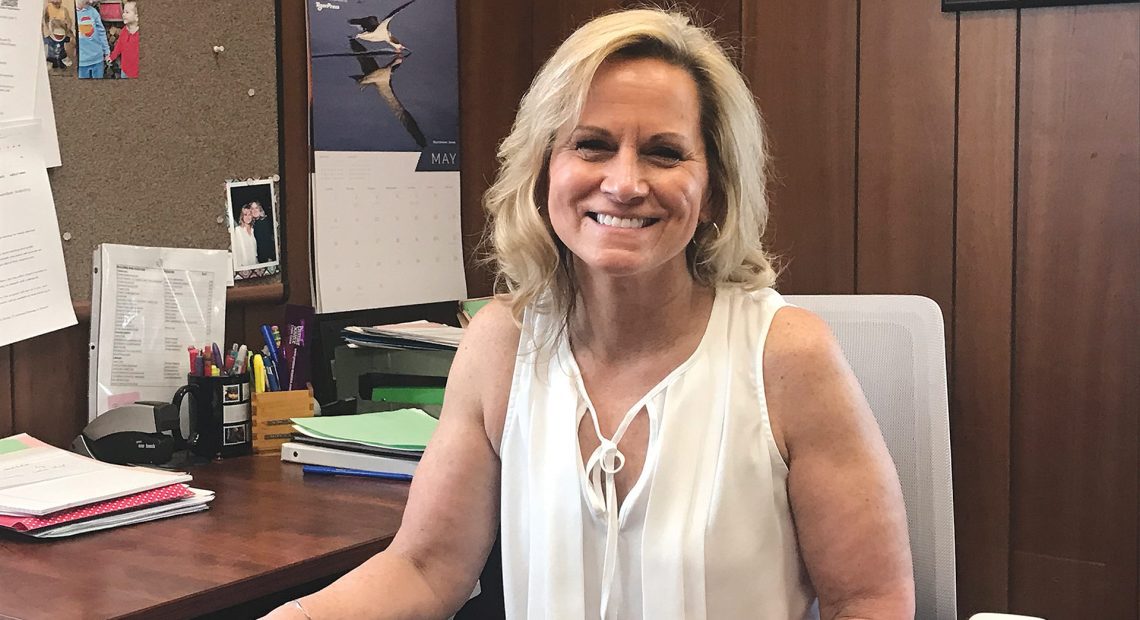 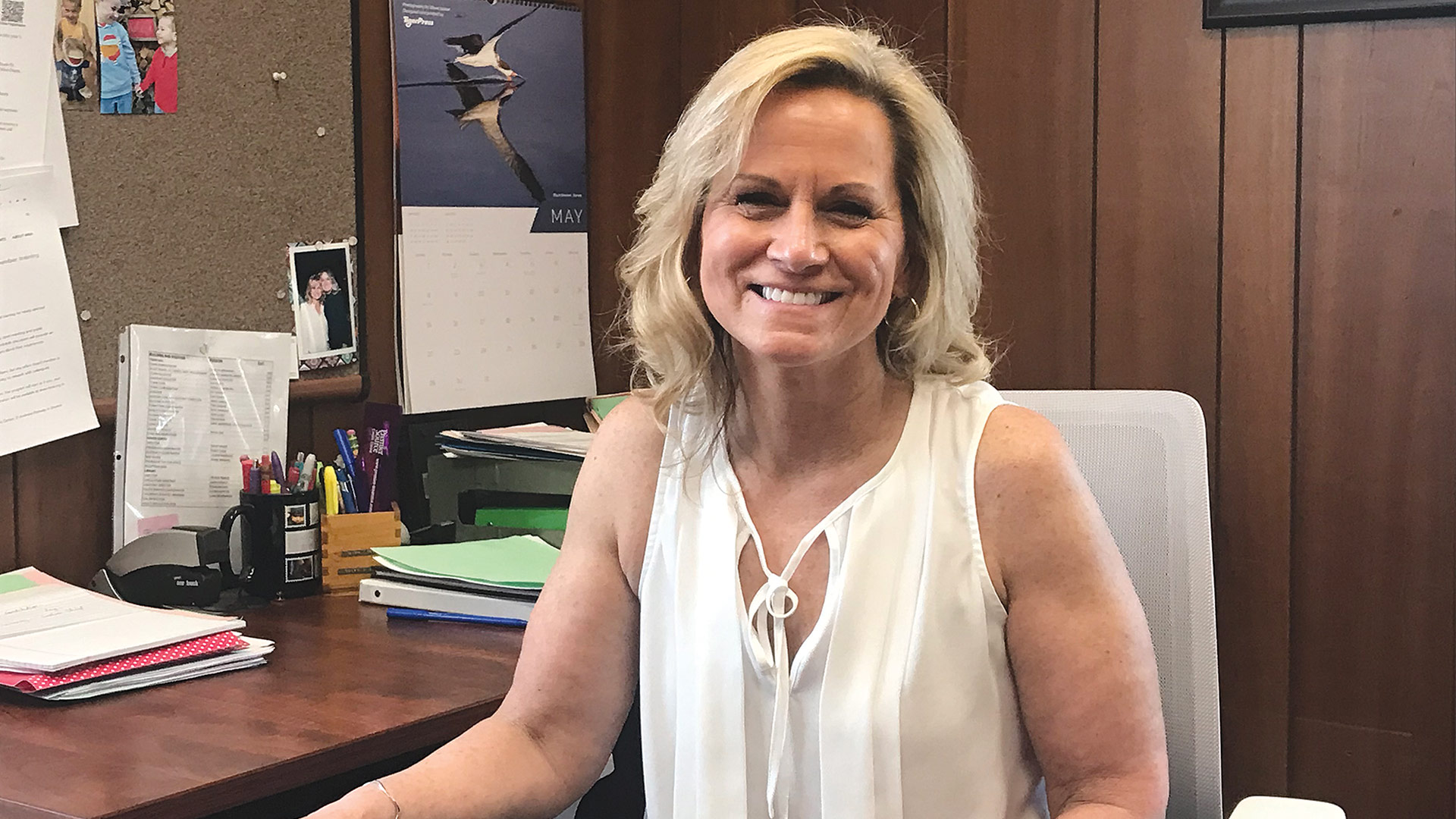 Carolyn Brennan says that while Hadley is a small town, the traffic and visitation it sees every day create some big-city challenges.

In some ways Hadley is a tale of two communities.

One is a small farming town, known locally — and even beyond — for its asparagus. The other Hadley exists on Route 9, the main artery running through town that can see up to 100,000 vehicles a day bringing people to shopping centers, universities, hotels — and neighboring towns.

This dual nature brings obvious opportunities and challenges — and many of both — to this Hampshire County community.

And one of the biggest is meeting the demands of those 100,000 vehicles using the town’s infrastructure with the staff and budget of a small town.

“The perception is that Hadley is a small town, but it really isn’t when you consider the number of people who are here during the day,” said Carolyn Brennan, town administrator.

In the first round of American Rescue Plan Act (ARPA) funding, Hadley received $1.5 million, which was used to address repairs to two culverts as well as repairs to the dike that runs next to the Connecticut River. The town sought separate funding for its largest infrastructure project, a 2¼-mile reconstruction of Route 9. When complete the road will be widened for additional traffic lanes and bus shelters, and storm drains will be upgraded.

Brennan said that because Route 9 is a state road, the Mass. Department of Transportation (MassDOT) is splitting costs with the town. Brennan explained that the town will open the road to fix the infrastructure below, and MassDOT will handle the widening and new pavement.

“The perception is that Hadley is a small town, but it really isn’t when you consider the number of people who are here during the day.”

“The initial phase of the work has begun, like clearing brush and marking utility poles that will be moved,” Brennan said. “There will be much more activity in the next few months as the town begins to replace storm water and sewer lines.” The project is expected to be completed by 2026.

According to Brennan, communication is essential to keep traffic flowing while construction is occurring. Baltazar Contractors stays in close contact with the town when road work is planned. This approach is already paying dividends, as Baltazar had initially planned road work for May 13, the day of the UMass commencement ceremony at McGuirk Stadium.

“We quickly notified them to not do any road work that day to avoid a traffic tie-up,” Brennan said. “It would have been insane.” 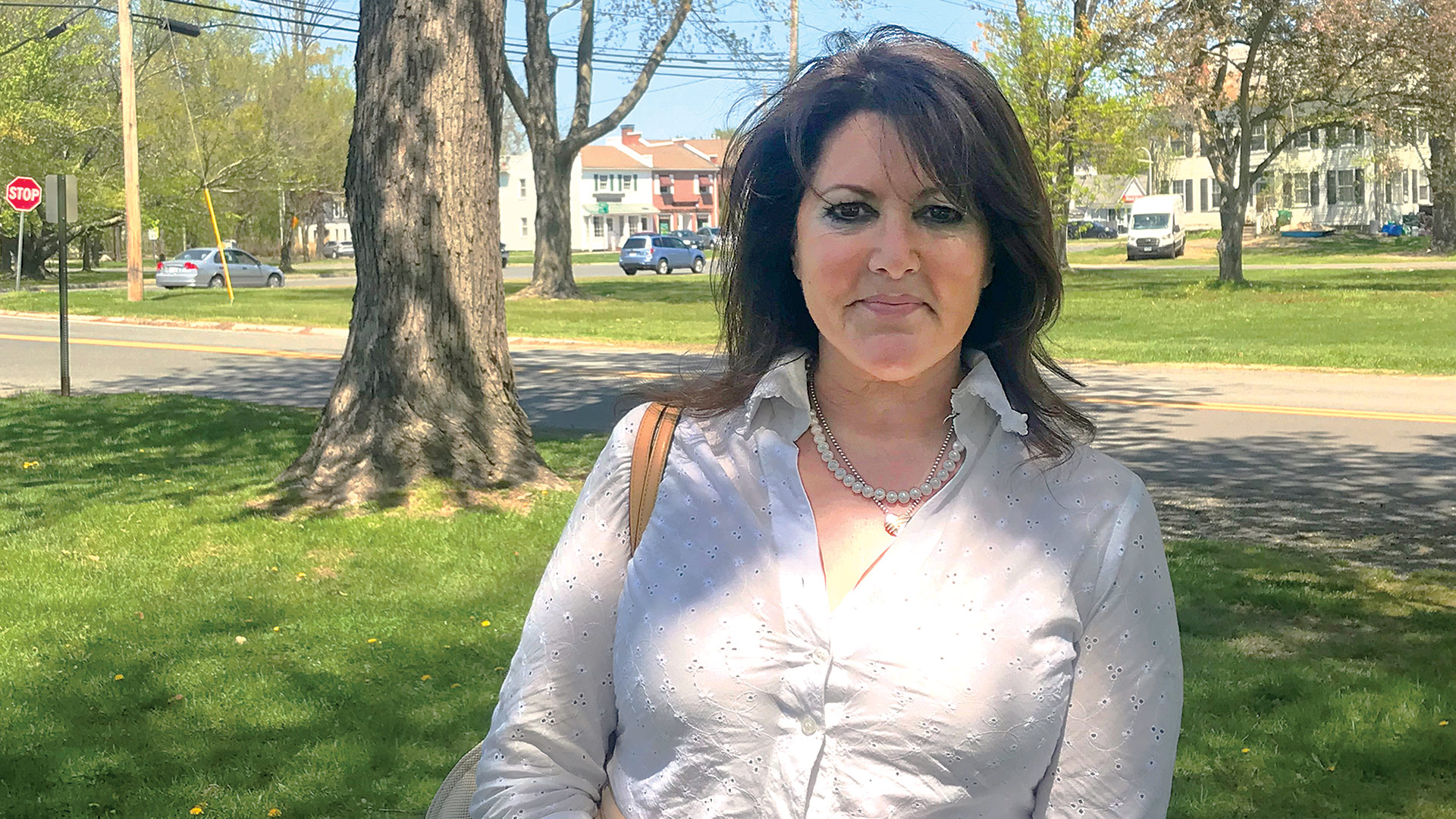 Claudia Pazmany says businesses and events in Hadley are returning to their pre-pandemic levels.

“Hadley has been incredible with communicating when road work will be taking place,” Pazmany said. “It allows us to let businesses know what the traffic patterns will be.”

And lately, traffic has been heavier as the region returns to something approaching normalcy after two years of pandemic.

Indeed, business in Hadley is definitely picking up, with Pazmany reporting that more businesses are returning to pre-pandemic hours of operation and events like the Asparagus Festival (June 11) are back on the schedule.

“I’m hearing from our local hotels that weekends are booked solid from now through the end of the summer,” Pazmany said. “The hotel folks are also saying their receipts are back up to 2019 levels. That’s huge.”

For this, the latest installment of its Community Spotlight series, BusinessWest takes an in-depth look at a town that is much more than a bridge between Amherst and Northampton.

Fruits of Their Labor

Echoing Pazmany, Drew Perron, co-owner of Arizona Pizza at the Hampshire Mall said his business is vibrant, with numbers approaching those of 2019. He gave credit to his staff to help get through the worst of the pandemic.

“Many of our employees are long-termers and have been with us from seven to 12 years,” Perron said. “We made it through this entire ordeal thanks to their dedication.”

Once part of a chain, Arizona Pizza is now locally owned by Perron and his business partner. While its location is tucked around the back of the mall, customers have no problem finding it.

“I’m very thankful we have a number of regulars who kept us going through COVID and they continue to support us,” Perron said.

“I’m hearing from our local hotels that weekends are booked solid from now through the end of the summer. The hotel folks are also saying their receipts are back up to 2019 levels. That’s huge.”

Perron and Cinemark working together is an example of the cooperative spirit that motivated Andrea Bordenca to locate two businesses in Hadley.

DESCO is a service company where technicians maintain and repair technology such as EKG machines, operating room tables, and similar equipment found in hospitals and other healthcare facilities. Founded by her father in 1970, Bordenca worked through the ranks of DESCO with positions in quality assurance and sales. While her dad taught her some basics of business, Bordenca realized she had no leadership skills and was motivated to enroll in the Institute for Generative Learning (IGL) an international leadership training and coaching organization.

“I wanted to create a higher leadership role for myself to carry on the legacy of my father and of DESCO,” she explained, adding that she credits IGL for teaching her how to be a leader and how to grow the company by centering DESCO’s focus on building and aligning teams.

“Over the past 15 years, we have more than doubled in size, doubled in revenue, and quadrupled in profitability,” Bordenca said.

Her training at IGL so inspired Bordenca that she now owns the U.S. affiliate for the training organization. Other affiliates are in Latin America, the United Kingdom and Asia, making her one of four owners and operators of IGL.

That brings us to her second business, Venture Way Cooperative in Hadley, where IGL is located. While DESCO had been in Eastern Mass since its founding, Bordenca moved the company’s headquarters to the Venture Way location in May 2020.

The two organizations currently have 61 employees, with Bordenca serving as CEO for both entities. DESCO has a national presence with an office in Miami and field technicians who work from home in various states. She was able to coordinate the company’s move to Hadley without losing any employees.

“We’re looking to triple in size over the next five years,” Bordenca said. “We want to share our culture and our ability to build teams and create engagements to other states.”

When BusinessWest spoke with Bordenca she was planning a ribbon cutting and open house to introduce more people to IGL and DESCO. To illustrate what happens at DESCO, a service technician will hold a demonstration at the open house of how they service a sterilizing machine. The technician will also work with something more familiar to most people, an ice machine — DESCO also services ice machines for restaurants, hotels and surgery centers.

“On the training side of Venture Way, I’ve invited local speakers to talk about the work they’re involved in to begin a dialog about the ways community members can help affect change together,” Bordenca said. “This is the first of many events like this and we’ve begun lining up great local leaders to present in the coming months.”

One way Bordenca sees Venture Way helping DESCO is by training a more diverse workforce to step in as older workers retire. She admitted that technicians in the industry have traditionally been mostly white and male.

“We want to make sure our industry is visible to all genders and races,” she said. “At Venture Way we can expose people to what we do and even offer mini courses so more people can get a taste of this as a career.”

Large numbers of workers reaching retirement age is happening in all professions. Brennan said it’s an ongoing challenge for Hadley.

“In the next few years, we will see a significant number of highly skilled, intelligent workers retiring and leaving with lots of historical knowledge about the town,” Brennan said. “The real challenge is encouraging younger people to work in municipal government.”

Brennan is working on a more robust internship program between UMass and the town to introduce public policy majors to the workings of a municipality.

“Once people start working with a municipality, they’re hooked for life,” Brennan said, relating to her own experience where, after working in municipal government, she took a job in the private sector for a short time but could not wait to get back into municipal work. “I was hooked, and we just have to get new people hooked.”

Pazmany, who recently took part in a workforce-strategies panel, said a trend is emerging where modern workers want to be part of something bigger than just having a job and are more concerned about a community focus in their work.

In her role at the chamber, Pazmany makes many direct connections among area businesses and has found new ways to help employers fill positions.

“Members are allowed to upload job listings, which we then upload to our social media sites,” Pazmany said. “We’ve posted hundreds of jobs in the past several months.”

Experts in Their Fields

Bordenca said she’s excited about moving DESCO to Hadley, calling it the perfect location for what the company does.

“Hadley is more centrally located to serve customers throughout the Northeast in places like New York and Vermont,” Bordenca said. “This location makes us feel closer to our employees and our customers in lots of ways.”

Perron concurred, noting that Hadley is a town that works well for his restaurant. He also gave credit to the current Hampshire Mall management as the best he’s seen in well over a decade.

“I like being a tenant here because the mall managers are very good about working with us and caring about us,” Perron said.

He’s also encouraged by the continued growth of the Route 9 corridor and the number of people it brings to the town.

“I see an uptrend happening here,” said Perron, who is clearly not alone in that assessment. 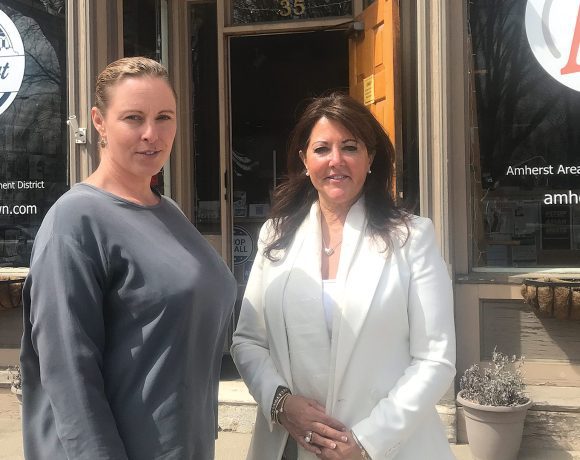