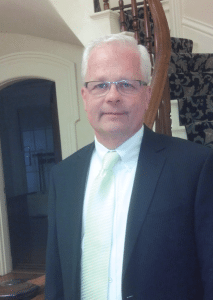 Steven Lowell fashions himself more than a banker. He’s also a teacher of sorts.

“One of the things that has become clear to us over the past three or four years is that, when it comes to financial literacy, not everyone has a good understanding of how to manage their finances,” said Lowell, president of Monson Savings Bank.

“I get a chance to see it on a day-to-day basis, and you’d be surprised,” he added, citing the Financial Literacy Survey conducted last year by the National Foundation for Credit Counseling,  showing that 40% of the public would grade themselves a C or worse when it comes to their financial literacy.

“It shows up when they’re looking to approve a loan, when you look at people’s personal balance sheets, their debt levels — they just have not been smart about how they borrow money, the way they try to save money,” he continued. “We thought, rather than just complain about it, we’d try to do something about it.”

When Lowell took the reins at MSB three years ago, the bank already had accounts targeted at young people, such as its NextGen Checking for teenagers and college students, but realized he needed to do more.

“Those products were very successful; they started to get young people thinking about their finances. But we quickly realized that wasn’t enough, that we need to start even earlier,” he explaned. “So we started going to classrooms in our communities, targeting the fifth and sixth grades, teaching a course called Dollars & Sense.”

That course features an online game called MoneyIsland, which teaches children about financial literacy — what’s the difference between a need and a want, why it’s important to pay off one’s credit-card balance every month, the difference between earned income and passive income, and other topics. “They’re learning some pretty complex subjects through the game and through classroom instruction.”

After six one-hour sessions, he said, “kids come away with amazing understanding, and hopefully we help them get on the right path. We’ve had great feedback, not only from school administrators and teachers, but from parents, who tell us, ‘I’m learning from my kids.’ That’s good to hear.”

The learning doesn’t stop there, though. Monson Savings Bank has cultivated a reputation for educating the community, whether it’s through public seminars on topics like first-time homebuyer programs, special-needs trust, and long-term-care insurance, or through the bank’s relationship with the Massachusetts Financial Education Collaborative and its online financial-education program, masssaves.org (more on that later).

“The bank was doing some of this already, but I’ve always had an interest in the education part of the job — not only outside the bank, but teaching the folks inside, too,” Lowell told BusinessWest. “I had a great mentor, and I’ve tried to take on that role for a number of individuals who work for me.

“I encourage other bank officers to do that, too, to encourage this education culture,” he went on. “I’m thrilled because people here have gotten excited about it. The branch managers have so much fun going into classrooms, seeing these children learning about finance. They’re energized by it. It’s really taken on a life of its own.”

MSB as a whole has experienced new life under Lowell, who has continued the impressive growth pattern of his predecessor, Roland Desrochers, who saw the bank increase its assets from around $80 million to $236 million in 15 years. Three years after Lowell took over, that number is $272 million. “We’ve had about 6% to 7% growth every year,” he said.

For this issue’s focus on banking and finance, BusinessWest sits down with Lowell to talk about the specific ways in which Monson Savings Bank is growing its financial clout while maintaining its tradition of community engagement — and its ongoing efforts to create a more financially savvy customer base.

Monson Savings Bank’s most notable recent success may be its commercial-lending operations, which earned recognition from the Small Business Assoc. as the Western Massachusetts 7a Lender of the Year. The SBA noted that the bank loaned to a wide variety of retail, professional, and consumer-service businesses in more than 10 different industries, from transportation and construction to healthcare and childcare.

“We’re a little different than most community banks in that we place a heavy emphasis on commercial lending and offering commercial products in the marketplace,” Lowell said. “I’ve been happy with the way we’ve been able to grow that business over the last few years; we have been in the top 20 commercial lenders in the state for the past two and a half years. For a bank our size, that’s a pretty remarkable achievement.”

MSB has expanded over the past two decades from its original Monson location to branches in Wilbraham, Hampden, and Ware.

He credits much of that success with emphasizing a personal touch with would-be borrowers. “We treat each customer as an individual; we try to understand what their issues are and find solutions for them. We try not to say ‘no,’ but there are times, as a banker, when you have to say no, when it’s in the customer’s best interest to say no. But usually, it’s no with a qualifier — ‘maybe if you talk to the folks at SCORE and come back with a better business plan,’ or ‘go to the Quaboag Valley CDC to get started, then maybe come back to us, and maybe we can meet your needs going forward.’ We always try to give people solutions, even when we have to say no.”

It helps, Lowell said, that more companies are beginning to reinvest and borrow after several years of hesitancy. “They’re growing, expanding, going after new territories. I wouldn’t say it’s as strong as it was 10 years ago, but we’re starting to see some positives in this economy, from a banking standpoint.”

Historically low interest rates drove a healthy refinance business at MSB and most other banks, he added, but with rates ticking back up, refis have ground to a halt, and new-mortgage volume still isn’t strong. “So with the commercial area doing so well, making up for that, it’s pretty significant.”

The SBA award is an exciting milestone, he added, “because it goes to the heart of our brand promise to help small businesses prosper. These are the businesses that drive our local and regional economies, and it feels great to play a role in this economic activity.”

On both the commercial and retail sides, Monson Savings Bank has embraced new technology, Lowell said, entering the mobile-banking arena two years ago — customers can even transfer money between MSB and another bank on their smartphones — and introducing remote check deposit last year.

He said when he arrived in 2011 from the much larger Cape Cod Cooperative Bank, he assumed he’d need to be patient with respect to introducing high-tech products at Monson. “But I was surprised how aggressive they were with respect to technology. We’re always looking for the next new product. This business is all about convenience for customers. We have to make it as easy as possible.”

Meanwhile, the bank continues to grow its investment arm, offering products through Infinex Financial Services and regularly ranking in the top 20% of all Infinex banks, typically first or second among banks in its asset range. At the same time, MSB expanded its geographic footprint last year, opening a branch in Ware to go along with offices in Monson, Wilbraham, and Hampden.

“We’ve had a lot of traffic,” Lowell said of the new branch on Route 32 in Ware. “We opened in late June last year, and the branch is already up to $12 million in deposits. We’re really happy about that.”

Even with the temporary drag on profits involved with opening a new branch, he added, “we’ve been really pleased with our profitability over the past few years; we’ve been in the top 20% of banks in the state in terms of profitability.”

With that growth, however, has come increased challenges — for all banks, really — from regulatory bodies, much of it stemming from the financial crash of 2008, leading to Monson’s hiring of a full-time compliance officer.

“I understand why these regulations have come into being,” he noted. “Having said that, they really weren’t aimed at the smaller community banks. We’re not the ones who caused the problems that affected the economy, but we’ve certainly been impacted to the point where it’s necessary to add a full-time compliance officer. You can’t afford not to. It doesn’t matter what size you are; they expect you to follow the rules.”

While bank executives are educating themselves on these new compliance issues, Lowell continues to stress community outreach and financial literacy.

Through a connection forged while serving on the board of the United Way, he became involved in the Hampden County Financial Stability Network, which introduced him to the Massachusetts Financial Education Collaborative (MFEC), a group of nonprofits, private institutions, government agencies, and other bodies that work together to increase economic stability in Massachusetts through financial education, personal savings, and access to wealth-building assets such as homes, cars, college educations, and small business.

“These folks have got a great program, which they offer online — financial coaching for people in need,” he said of the MFEC project known as MassSaves and its online resource, masssaves.org, which offers financial information and a portal to one-on-one financial coaching via phone, e-mail, and Skype.

“We thought it was a great way to supplement what we’re trying to do in the community,” he added. “They heard about what we’re doing, we entered into a relationship with the collaborative, and now I’m on their steering committee. We’re invested, as they say.”

Monson Savings Bank has invested in its communities in other ways as well, most notably through annual donations of more than $100,000 to various nonprofits.

“The year that I arrived was the first year we actually asked the community to help us select some of the agencies or benefactors that would receive some of the funds,” he told BusinessWest, adding that the bank solicits nominations on Facebook, and the top 10 vote getters receive donations.

“We make sure our customers are included,” he said. “It’s another way they can stay connected to us.”