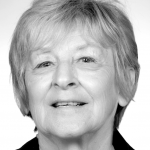 By now, employers have more likely than not been inundated with reminders that, come Jan. 1, 2014, the shared-responsibility provisions,” a/k/a the ‘play or pay mandate’ under the Patient Protection Affordable Care Act, a/k/a ‘Obamacare,’ go into effect for applicable large employers.
The law defines ‘applicable large employers’ as those employers who have employed 50 or more full-time employees (employees who on average work at least 30 hours per week during a month, or 130 hours per month) during the preceding calendar year, which means this year (2013).
While the number of full-time employees may be readily calculated by many employers, the determination of employer status is somewhat more complicated for those employers who, for example, employ several part-time employees (whose aggregate number of hours worked may render them ‘full-time equivalents’) or are part of a controlled group as defined under the Internal Revenue Code and, as a result, may cross the line between being considered a small employer and being classified as an applicable large employer. That determination is germane to determining whether the above mandate applies to them.
Equally important for applicable large employers is the need to decide whether they want to play or pay, and understanding the implications and results of such decisions. Because the law has been implemented prior to the publication of final-rule notices by the federal agencies responsible for overseeing the implementation of the law (e.g., the IRS), employers are reminded that they may rely on the interim regulations for the year 2014 for guidance. Those regulations are complicated and include transitional as well as ‘safe-harbor’ provisions.
Employers need to be aware of which penalties apply and, more importantly, how to assess the cost of such penalties to determine whether it is less expensive to offer coverage as defined by the law or pay the penalties.
Adherence to the law also necessitates employers to review existing employer-sponsored health plans to determine whether they comply with the law’s affordability and minimum-value requirements, should employers decide to play. In addition, self-funded plans, multi-employer plans, and grandfathered plans are among the types of coverage plans employers need to review to determine if and whether the law requires any changes to those plans.
Finally, an employer who decides to play and use some of the applicable safe harbors relative to determining and treating employee status with regard to ongoing, new non-variable-hour, variable-hour, and seasonal employees, along with issues such as breaks in service, should be preparing now not only with regard to training, but also by consulting with those whose services are relevant to various portions of the act, such as healthcare issuers and/or providers, counsel, accountants, etc.
Royal LLP is conducting two practical workshops on June 6 and June 13 designed to provide employers with an interactive, step-by-step analysis of Obamacare, including what employers must be doing now to obtain coverage under the safe-harbor provisions and to prepare for the mandates. For more information about the workshops, contact Ann-Marie Marcil at [email protected]