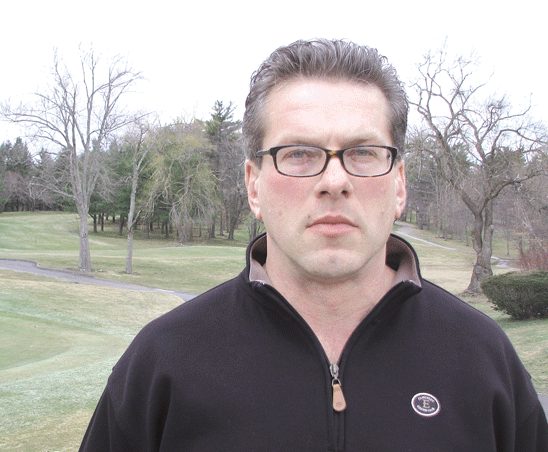 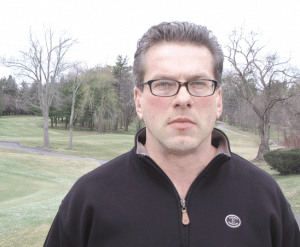 Jim Haberern says Elmcrest has had to evolve from a somewhat closed society into one that’s much more open.

This would be the small, cluttered desk, chair, credenza, copier, and other pieces of equipment positioned in the center of what he termed the small-events room at the grille, or 19th hole, at Elmcrest Country Club in East Longmeadow, which he serves as manager.

Like the small room that is his permanent office, this space is getting a much-needed facelift. Indeed, as Haberern explained, while the club has undertaken many improvements over the years, some of the features would represent original equipment from when it was built almost 50 years ago.

“We’ve been doing a lot of painting and giving the place a new look,” he explained. “With the changes we’ve made, the room is much more versatile — and it’s also a lot cleaner, because just about everything in here had been here since day one. This was long overdue, and it was the right moment to do it.”

And just as the dance floor, some of the walls, ceilings, and woodwork from the club’s early days have required some change and modernization, so too have some of Elmcrest’s operating philosophies.

As Haberern explained, for decades the club operated as what he called a “closed society.” And by that, he meant the original core of members (only a few of whom remain) and the new members brought in on a steady basis until about 15 years ago, when those individuals started hitting 70 — and not on the scorecard.

As that group of original members dwindled in number, Elmcrest essentially had no choice but to become an open society, or at least one that was far more open than it and most other private clubs in this area have been historically.

And by open, he meant open to both new members of all ages and new ideas for attaining them. These have included many forms of marketing — something most private clubs had never done and some still refrain from — including print ads and sponsorship of a popular Saturday-morning golf show on radio station WEEI. But it also includes hosting more tournaments to introduce more people to the course and its amenities, and then giving participants a gift card good for another round, a practice that has paid off.

“Membership is moving in the right direction,” said Haberern, adding that there have been fairly steady increases over the past several years. “And a big reason for that is that people know who we are now. We were a closed society, and I had to open it up quite a bit.”

His efforts to continually cast a wider net continue with another new initiative aimed specifically at women. Noting that there are many professional women who may want to join a club but are reluctant because of their lack of golf skills, Haberern is putting together a package that would begin with lessons from a professional and eventually ease the individual into a golf membership.

Long-term, said Haberern, the unofficial goal for Elmcrest is to become more of a closed society again, meaning membership numbers closer to the 500 the club once enjoyed than the current 300. That day is still at least a few years away, he noted, adding that the economy is still far from fully recovered from not only the Great Recession, but the years just prior, when the golf industry started a decline that in many ways continues today.

So, for the immediate future, Haberern and his staff will continue to look for ways to be creative and keep this half-century-old club vibrant and on the cutting edge of new ideas on how to attract members and then provide them with value.

Before talking about golf and the business that it is, Haberern wanted to discuss … carpentry.

Not the projects going on around his temporary office, necessarily, but the work of his uncle, Joe Pagos, who started Elmcrest with some business partners in the early ’60s.

Haberern said he started working at the club, and for his uncle, in the mid-’70s, when he was 10, and was soon handling odd jobs ranging from cleaning toilets to washing dishes to mowing greens. While performing such tasks, he did something that would pay dividends years down the road — watch, and, more importantly, listen to Pagos talk about business and serving people.

“Working with my uncle wasn’t easy, especially for a 10-year-old, because he was a very hardworking person and pretty demanding,” Haberern recalled. “But you learned his work ethic, his morals, and how things go. I’d have to say that it was probably the best education I ever had, sitting back or standing behind him and watching his business sense.

“He said, ‘I’m going to teach you everything; just keep your mouth shut and listen,’” he went on. “He taught me everything I needed to know, and mostly what he taught me was to be good to people, because if you are, they’ll be good to you.”

Such lessons served Haberern well when he assumed a leadership role in the family business in 2000. Learning the ropes from the ground up — not to mention all that insight from Pagos — gave Haberern a solid background in all aspects of a golf operation, and likely helped him interpret the warning signs about a decline in the industry that he started seeing as early as 1999.

“I could see then the golf business was heading for trouble,” he said, “and that you were going to have to do something more than open up the doors and expect new members to come in.”

In response to these trends, Haberern started taking the initiative, with some tactics that would have to be considered cutting-edge, if not well ahead of their time, when it comes to private clubs.

This included advertising, and, eventually, his strong presence on the radio, with a golf show that has the Elmcrest name attached to it. Haberern has also given the club a presence at the region’s annual golf expo, a stage usually preferred by public and resort courses open for general play.

“Almost everyone is doing things like that now,” he said of private clubs and marketing in general. “I was doing it five, six, or seven years ago; I’ve also liked to think outside the box.”

Other initiatives include being imaginative when it comes to tailoring membership packages to suit the needs of a specific demographic group, or even an individual.

To emphasize this point, Haberern showed BusinessWest a breakdown of current packages, many with deferred initiation, designed for families, individuals, younger individuals (there are two age groups, 30-35 and 19-29), seniors, juniors (ages 14-19), those on active duty in the military, and even those who live outside the area but have family here and visit frequently.

“I started hitting every demographic group I possibly could — kids under 30, people between 30 and 35 … before, clubs had individual and family memberships; now, I have a long list of them,” he noted. “Most people will fit into one of them, and if not, I can make one up for them.”

A willingness to take on more tournaments (but without negatively impacting members) has also benefited the club, said Haberern, noting that he is now staggering tournaments, starting earlier and ending later (Nov. 10 this year, with the seventh annual Marine Corps Breakfast & Golf Tournament) to achieve that result.

“I took a lot of dead time and filled it in with tournaments,” he said, adding that such outings bring in additional revenue — memberships certainly don’t cover all the costs at a private club — but, perhaps more importantly, also introduce players to the course, its clubhouse, and other amenities.

“Tournaments get people in the door,” he noted, “and that’s when you can give them information about the course and perhaps spark some interest. And with the free round you give them, we get a second opportunity to talk with them about membership or about bringing their own groups down for tournaments.”

The new initiative involving women members is something Haberern has been contemplating for some time, and he’s now ready to pull the trigger and implement it for this season.

“Everyone I’ve talked to about this likes the idea, and they think it will be well-received,” he told BusinessWest. “It’s a transition, from taking lessons to actually playing on a golf course. It should help people in business ease their way into the game and be less intimidated about playing.”

Haberern said he’s noted some improvement in the overall climate when it comes to the golf business.

“The economy has recovered somewhat, and people seem more willing to spend money on things like a club membership,” he noted, adding that it will likely be several more years before Elmcrest can be anything approaching that closed society he says it was years ago.

Which means he will continue to push the envelope when it comes to new and different strategic initiatives to brand Elmcrest and bring people to its front door and first tee. 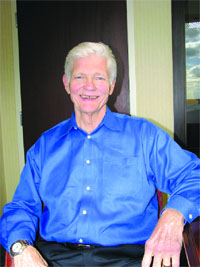 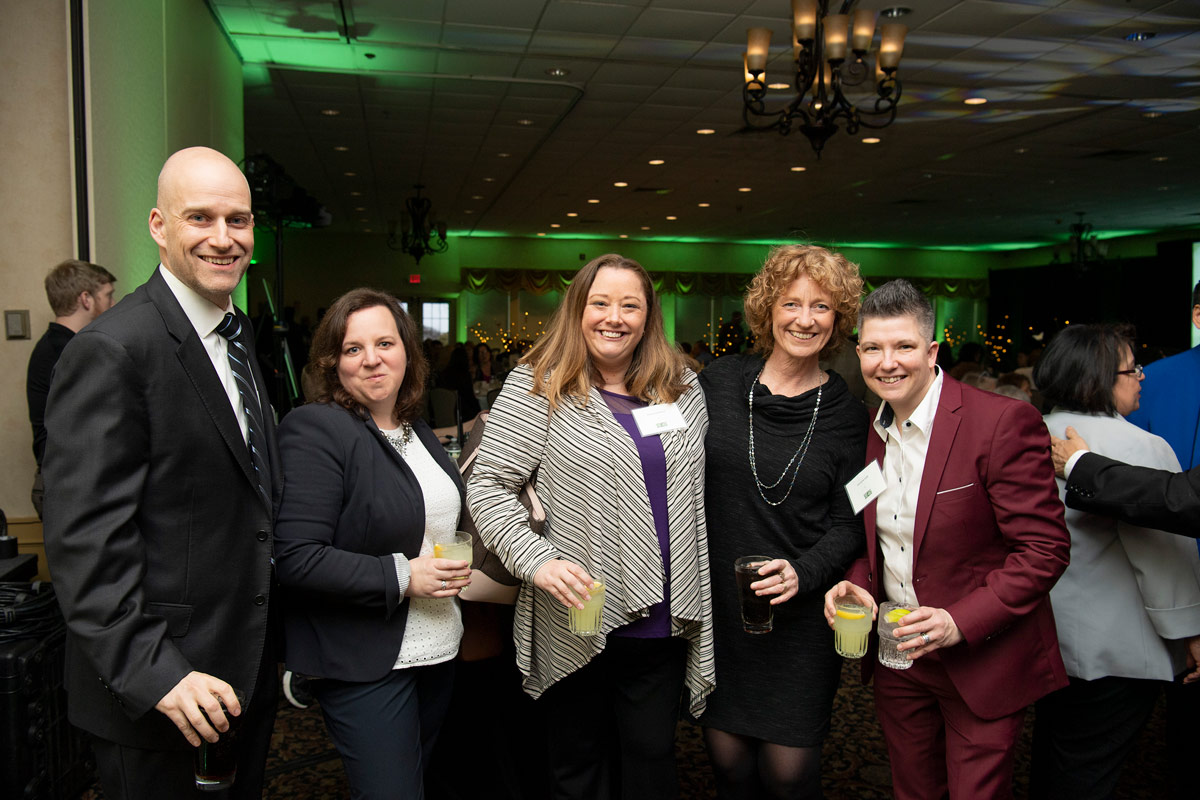 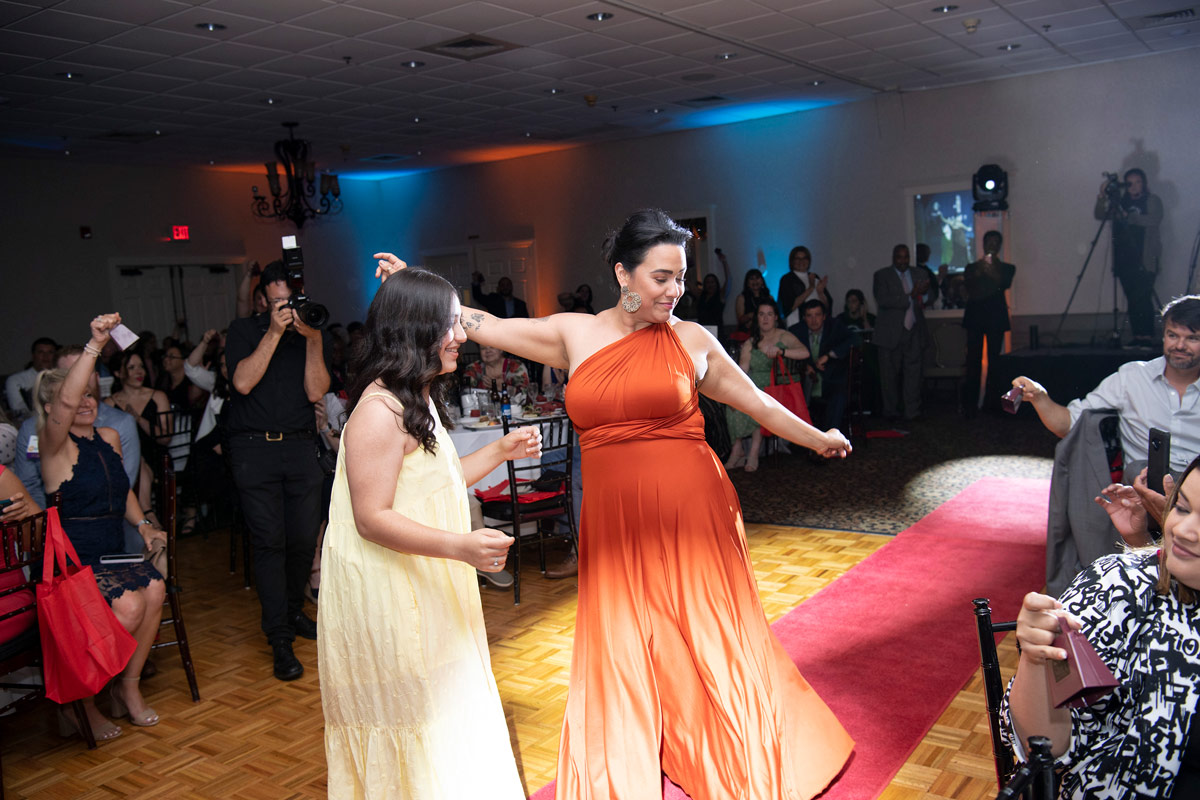