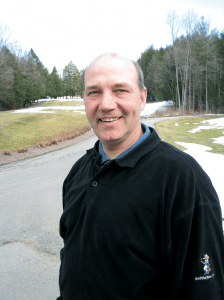 Mike Zaranek says Crumpin-Fox is a thought-provoking golf course, meaning that one needs a game plan to attack it.

And by that, he meant that one can’t — or shouldn’t — plan on muscling their way around this picturesque track in Bernardston, just outside Greenfield. Rather, they have to think their way around.

“There’s a lot of shot-making that’s involved here,” said Zaranek, the head golf professional, gesturing with his hand to the 18th hole as he looked out on the course from a seat at Zeke’s Smokehouse Grill, the club’s 19th hole. “It’s not a bomber’s golf course where you hit your driver on every hole and try to get it as close as you can to the green. This course makes you think off each tee, and on every second shot as well.”

And just as the player needs a strategic plan for taking on this Robert Trent Jones Sr. creation, Zaranek and the rest of the management team needs one of their own to enable the club to continue growing at a time of stern challenges and mounting competition in the golf industry.

The essence of that plan is to let the course become not merely a destination, but an experience, said Zaranek, adding that it does this naturally, through its views and challenges, both of which create lasting memories.

“Each tee you stand on, and each green you look back to the tee on, is like a postcard,” he explained, adding that this effect is heightened by many changes in elevation and is especially dramatic at fall-foliage time. “There is a uniqueness to it, and that’s what brings people back.”

Repeat business is obviously one of the keys to success for any golf operation, but it’s especially critical for one that charges just under $100 a round for public play — which accounts for roughly 60% of the business at this semi-private course — and is tucked away in one of the most remote areas of the state, just a few miles from the Vermont border. 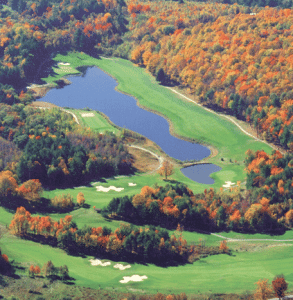 The Crump’s eighth hole forces the player to make a number of decisions.

Thus, the staff puts the accent on the total experience — from the golf to the meal afterward — and also on both driving first visits (which often prompt return trips) and convincing players that Crumpin-Fox should be a more than a once-a-year course.

“That sentiment is summed up in one of our marketing slogans — ‘minutes away, worlds apart,’” said Zaranek. “We’re a destination, but we don’t want to be just a destination; we’d love to have people visit us two, three, or four times a year. Overall, we want to make this an experience, one that you’ll enjoy and want to mark on your calendar every year.”

For this issue and BusinessWest’s annual Golf Preview, we take an indepth look at what is still a hidden gem, and Zarenek’s efforts to make it less so.

The eighth hole at ‘the Crump,’ as it’s called, is certainly one of the more thought-provoking holes on this 7,023-yard layout.

There is water along almost the entire left side of this lengthy par 5 (nearly 600 yards from the tips). And the decision making really begins after the drive, even if it’s a very good one.

The player is faced with the option of hitting a safer mid-iron to a still-relatively wide section of fairway for a third shot of roughly the same length over the lake to a narrow, undulating green, or bringing out more artillery and hitting down to a narrower strip of fairway, leaving just a wedge onto the putting surface.

There are many such decisions to be made on this course, which offers what Zarenek described as a Pine Valley-like feel, if not look, although it has some of that, too.

This is a reference to the George Arthur Crump-designed track in Southern New Jersey that is generally regarded as the world’s most difficult course, and one of its very best. The comparison doesn’t involve degree of difficulty — although Crumpin-Fox is certainly challenging — but rather the notion that every hole is an entity unto its own, with other holes rarely visible from tees, greens, or fairways.

“Each hole is set in its own scenery here — you play that hole, and then you move on to another piece of scenery, and that’s what we mean by a Pine Valley-like course,” Zaranek explained. “You barely see the group in front of you or the group behind you all day.”

The overall tightness of the layout also contributes to that description.

“At one time, especially on the back nine, it was basically the tee, the fairway, about five feet of rough, and then there was brush, the jungle,” he noted, adding that the course has been opened up somewhat over the years, but still demands accuracy. “What you see is what you get in front of you.”

This was the general idea when, in 1969, area businessman David Berelson engaged the services of Roger Rulewich, a noted golf-course architect then with Robert Trent Jones Inc., to locate a parcel for a destination golf course.

The current site in Bernardston was chosen, but the project stalled and didn’t begin to take shape until 1977, when Andy St. Hillaire, owner of Mohawk Plastics, bought the land and project, completed what are now the back nine holes, and built the present clubhouse.

The name Crumpin-Fox, said Zaranek, was derived from some of the old soda bottles found on the property as construction of the course commenced. The Bernardston-based Crump Soda Co. was eventually sold in 1853 to one Eli Fox, he noted, and then renamed the Crump & Fox Soda Co.

In 1987, St. Hillaire sold the club to William Sandri, president of the Sandri Co., which owned a number of gas stations in Western Mass., Vermont, and New York, and would eventually diversify into a number of business sectors, including real estate, clean-energy products, and golf.

The company now has three courses that operate under the name Fox Golf. The others are the Fox Hollow Club in Trinity, Fla., which opened in 1994 — its 18th hole was at one time rated the number-one par 4 in Florida by Florida Golf Central magazine — and Fox Hopyard in East Haddam, Conn., which opened in 2001.

All three clubs operate under the same model — that of a semi-private course that has members but is also open to the public at most times during the week. Zaranek said this model is perhaps the most successful in golf today because it offers both the stability provided by a core of members (that number is roughly 235 at Crumpin-Fox, one Zaranek said he’s comfortable with) and the flexibility and additional revenue opportunities that come with making the course open to the public.

Membership at Crumpin-Fox has been steady, with relatively little fluctuation in the number in recent years despite turbulence in the economy, said Zaranek, adding that the public-play component of the equation has been more impacted by the downturn, as well as a number of other contributing factors.

These include everything from the weather — which has both helped and hurt; the 2012 season began on March 23 (a record for the Crump) after a nearly snowless winter, but the hurricane of 2011 took a heavy toll — to new competition in the destination-course market.

Indeed, while the pace of new-course construction has slowed in recent years, some additions in the eastern part of the state, especially a new cluster of tracks in the Plymouth area, as well as the Ranch in Southwick and some new venues in Connecticut, have had an impact on play in Bernardston, said Zaranek.

“From Route 3 down to the Bourne Bridge, they built 15 or 16 golf courses since 1997, and that took some of the traffic we used to get from the Boston area,” he noted. “We still get some, though, and we’re seeing those numbers climb because people are expanding their visions, and they’ve played all those new courses. People say, ‘have you ever played Crump?’ and once people come out here once, I think they like putting us back on their docket.”

Last year, even with that early start, the club recorded roughly 19,000 rounds between members and guests, he told BusinessWest, adding that, in banner years (such as the late ’90s), volume has exceeded 25,000, and the present goal is to get closer to 22,000.

To get there, the general strategic plan for the course, which hasn’t really changed since it opened, is to convince players from maybe a 75- to 100-mile radius that Bernardston is not that far away, and certainly worth the time and trouble for a course that is unique and challenging.

And this is the message being sent to a host of constituencies, from smaller groups (a foursome or two) to larger entities, such as leagues or clubs, to charitable organizations planning fund-raisers. The club already hosts a number of events, said Zaranek, including a large gathering for Big Brothers Big Sisters and another for the It Takes a Community foundation.

While the Crump name certainly resonates within the Western Mass. market, it is still somewhat of an unknown commodity in other areas, especially with younger golfers, he continued, adding that one of the club’s stated goals is to build brand recognition across the region it serves.

With each of those aforementioned constituencies, the key is providing value — and an experience — that will drive repeat business, Zaranek explained, adding that this goal, or mission, has prompted improvements ranging from extensive renovations to Zeke’s Grill, including the addition of a smoker, to an ongoing facelift in the locker rooms.

“There are a lot of elements that go into making a club successful,” he explained. “And you have to make each guest that comes through feel like a member that day, and make them feel like they had a great experience. And that all has to gel together. We keep trying to improve everything we do every day.”

Long-term, the club is exploring a possible expansion of the clubhouse and perhaps the addition of a large pavilion for outings, he said, adding that many events are currently staged under tents erected on the driving range.

Zaranek said the club has historically strived to be open by Masters weekend, the unofficial start of the golf season for those in the Northeast.

Looking out on a course that still had a number of areas covered by more than a few inches of snow, he said that goal is likely within reach (the Masters is set for April 11-14), but some assistance from Mother Nature will probably be needed.

She has already contributed a dramatic setting that has contributed to those postcards Zaranek described, and given the Crump a strong selling point to draw players for what will likely be the first of several visits.

“It’s one of the most unique, pretty, and, yes, demanding golf courses that you’re ever going to play,” he said in summation. “You don’t go away forgetting many of these golf holes as you play them.” 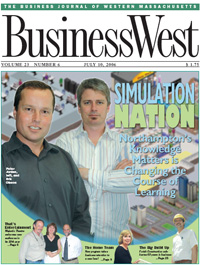