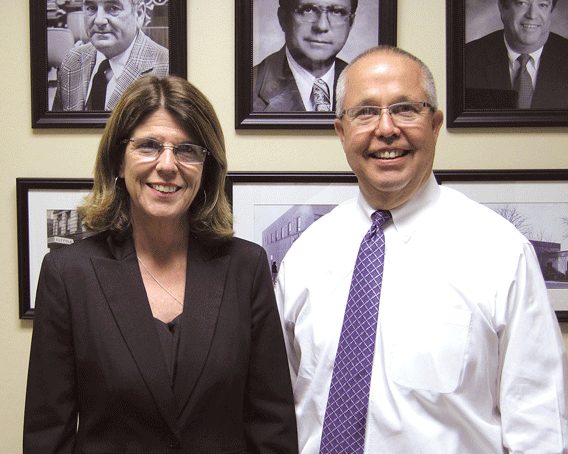 Third Generation of Ross Insurance Agency Looks to the Future 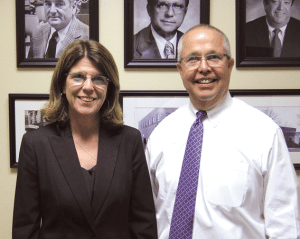 Kevin Ross says he and Maureen Ross O’Connell work well together because they understand where each excels.

While Maureen Ross O’Connell said that her father didn’t want her to work at the family’s insurance company during her college years, her brother, Kevin Ross, laughed and said he knew since he was 5 years old that the company would one day be in their hands.
“I can remember my father bringing me into his office, and as a kid I would point to a desk and say, ‘that’s mine, dad!’” he remembered with a laugh.
Today, the siblings comprise the third generation of their family to run Ross Insurance Agency Inc. Their brother, Ernie, was also part of the team until he passed away last year. Sitting down with BusinessWest recently, the partners offered a look into an agency that, in many intriguing ways, is looking squarely to the future.
Like many family-business owners, both Ross and O’Connell said that their best education came from the daily interaction and on-the-job words of wisdom from the generation before them. And having grown up in the agency together, Ross added, the siblings have honed their collaborative technique.
“Family businesses have their struggles,” he acknowledged. “Every one of them does, and I won’t say that we don’t sometimes. But we know where we excel. Maureen runs the inside of the house, administration, the staffing, company communications, and I’m in sales. We play off each other, and that’s why it’s been so successful.”
And it isn’t just the walk-in, brick-and-mortar business where Ross Insurance excels. The partners long ago recognized the changing marketplace for their service-based industry, and have been steadily trending in the direction dictated by technology.
Like a seasoned IT whiz, O’Connell explained both how the firm has maintained a regularly updated insurance blog, and the efficacy of spiking its professional online presence with current information, all for the purposes of search-engine optimization (SEO). “When people Google, we want to be right up there,” she continued. “We’ve been working very hard on organic SEO for almost a year and a half. It’s been very beneficial.”
But as the third generation talked about the shifting sands of technology and how it impacts their industry, they stopped before a wall of photos in their office. In front of this large grid of Little League team pictures, all sponsored by Ross Insurance, O’Connell said, “as much as this digital age allows us to grow, it’s not to say that this community and this local piece isn’t important.”

Shop Talk
O’Connell and Ross are just the latest generation to put their stamp on the company — and they are well aware of all the contributions needed to take the venture to this point in its long history.
“In 1925 our grandfather, George Ross, had a grocery store in Holyoke,” Ross said. “But he decided that he wanted to get into the insurance business instead. Holyoke was growing and booming, and he saw it as a real opportunity. So he started the business from scratch.”
In the years after World War II, his sons, George Jr. and Ernie, and son-in-law Jim Gorman took over the firm. Returning to the story of her first days in the company, O’Connell said that she had always been a diligent worker — “I didn’t play any sports in high school; I worked.
“When I entered college, my father insisted that I quit work and devote my time to my studies,” she continued, adding with a laugh, “I was furious!”
The time soon came for Ernie to revisit his moratorium on her collegiate employment. “He called me one day in November,” she remembered. “The business had recently moved from Suffolk Street to High Street. And basically, he said, ‘the bills aren’t getting out — can you come and send out statements?’ It didn’t take me long to say, ‘sure!’ I was going to get paid, it was work, I was thrilled.
“I finished that job before the day ended,” she continued, “so my uncle had me start another project. That wasn’t finished by day’s end, so I had to come back, and then that went on for several days. Finally my uncle said to my father, ‘either give her a job or let her go.’ And so my Uncle Jim hired me as a file clerk. That was my first official job here.”
Meanwhile, her sibling contrasted this story with his own tale, as an early adopter of the family business. “I went into the office with dad on nights and weekends,” Ross said. “I just knew from day one that this is what I wanted to do. I went to business school at Bryant, and there was no question about it; I was coming into the family business.”
While their stories might have diverged up to that point, once they were part of the staff, the two spoke similarly of the benefits of working in a generational family business.
“From my perspective as an in-house employee with my beginnings here,” O’Connell said, “dad was harder on me than any of the other staff — from day one.
“But we had the greatest working relationship,” she went on. “I learned everything from that second generation. I would come in the morning, grab a coffee, and sit at the spare chair at my dad’s desk and just hash things out — talk about the business, where we were going, what we were doing. I loved working with them.”
With Ross nodding in agreement, she added, “it was sad, very sad, when they all retired.” Their father eventually bought out his partners in the firm, and when the time came for his legacy to be built upon by the next generation, both O’Connell and Ross said the transition was as smooth as could be expected.
“In the last few years of his owning the business,” Ross explained, “he went into semi-retirement and passed the reins of operation over to us, which gave us valuable education, but also gave him a comfort level, knowing that, when he was ready to sell out, we could take it on successfully.”

Linked In
Pausing to reflect back on her earliest days in the firm, O’Connell recalled her first official job at Ross, in claims. “In those days we paid our own claims. So that means a customer would call in with a claim, I go into Jim’s office, ask him if it was a payable claim, he’d have me pull the form, and from that moment on, every claim that came in, I’d pull the form. He made me research every single claim. It was the best education I could ever have gotten in the industry.”
The pair’s professional development in many ways mirrors their industry. O’Connell said that, while the office isn’t paperless — yet — much of its registration and filing is streamlining in that direction. Their marketing budget has seen a similar shift.
“Years ago, quite a bit of our business was walk-in,” Ross added. “We were on High Street, and that’s the way things were done. Now, we have an employee who handles all of our social media. We post four blogs a week on our on-site blog, and we post to our off-site blog. And the bottom line is that this works for our SEO.
“The first thing the modern consumer does before he makes a purchase, he gets on the computer,” he continued. “We want to be the first agency that pops up, so we get the opportunity to deal with that person. Maureen really has been spearheading this process.”
The new walk-in customer, she said, is anywhere with an Internet connection. “We’re writing policies across the state,” she said. “We wrote a workmen’s comp policy for a business in Hawaii. They had a salesman in Massachusetts, and they had to have a workmen’s comp policy. Their agent couldn’t provide it, so they got in touch with us.”

Neighborhood Watch
O’Connell said that the firm is in the formative stages of digital growth.
“But while the digital age is very young, we think it’s the future of our business,” she continued. “So we’re embracing that and working as hard as we can to make that a very important part of our future. We’re growing without bricks and mortar.”
However, in talking about the future of their industry, both O’Connell and Ross gestured to that wall of Little League pictures. “We’re a committed, third-generation business in our community,” Ross said. “Maureen and I spend a lot of time trying to grow our business and be the best answer for all of their questions and needs. But it’s also important to give back to the fabric of our community. Immediately since we took over in 1990, we paid close attention to two areas — youth and education; they’re important to us.”
O’Connell said that is the difference — a locally based family business maintaining its community roots. “When auto insurance in Massachusetts went competitive in 2008,” she added, “we first had the Geicos, Progressive, all of them. To compete with that, we have to be an important part of our community, giving back to it. The direct writers don’t do that. They don’t care.”
As part of the ongoing renovations at the Holyoke Public Library, O’Connell and Ross have created the Team Ernie Charitable Golf Tournament; the goal is to raise $60,000 for the construction project, and in turn the newspaper and periodicals room at the new facility will be named for their late brother.
Speaking to the technology that has secured their generation’s ascent into the digital age, O’Connell said that, while it is necessary to have a strong online presence, some things will never change.
“Yes, we want to be straightaway on Google searches,” she said. “Otherwise, you’re not getting that primary opportunity. And then you get the chance to show them the personalized customer service.
“Face to face is not obsolete,” she added. “But it is important to get them here first.” 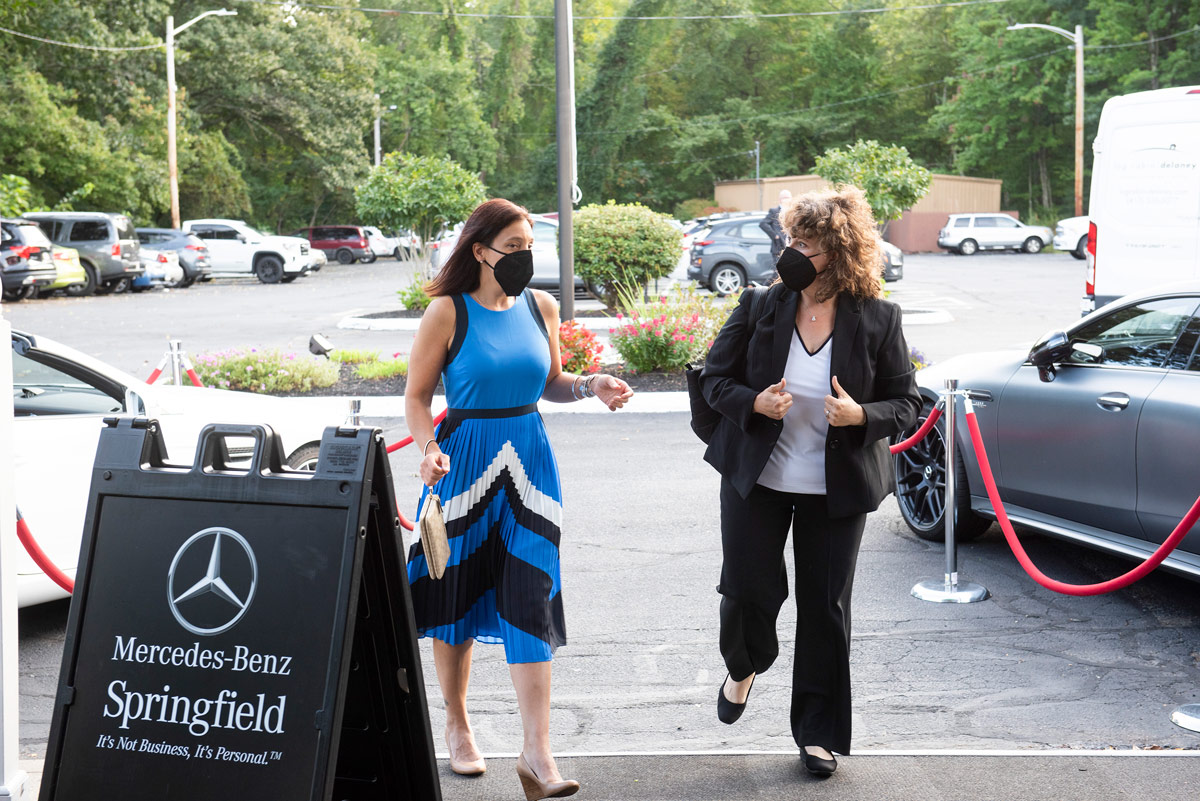 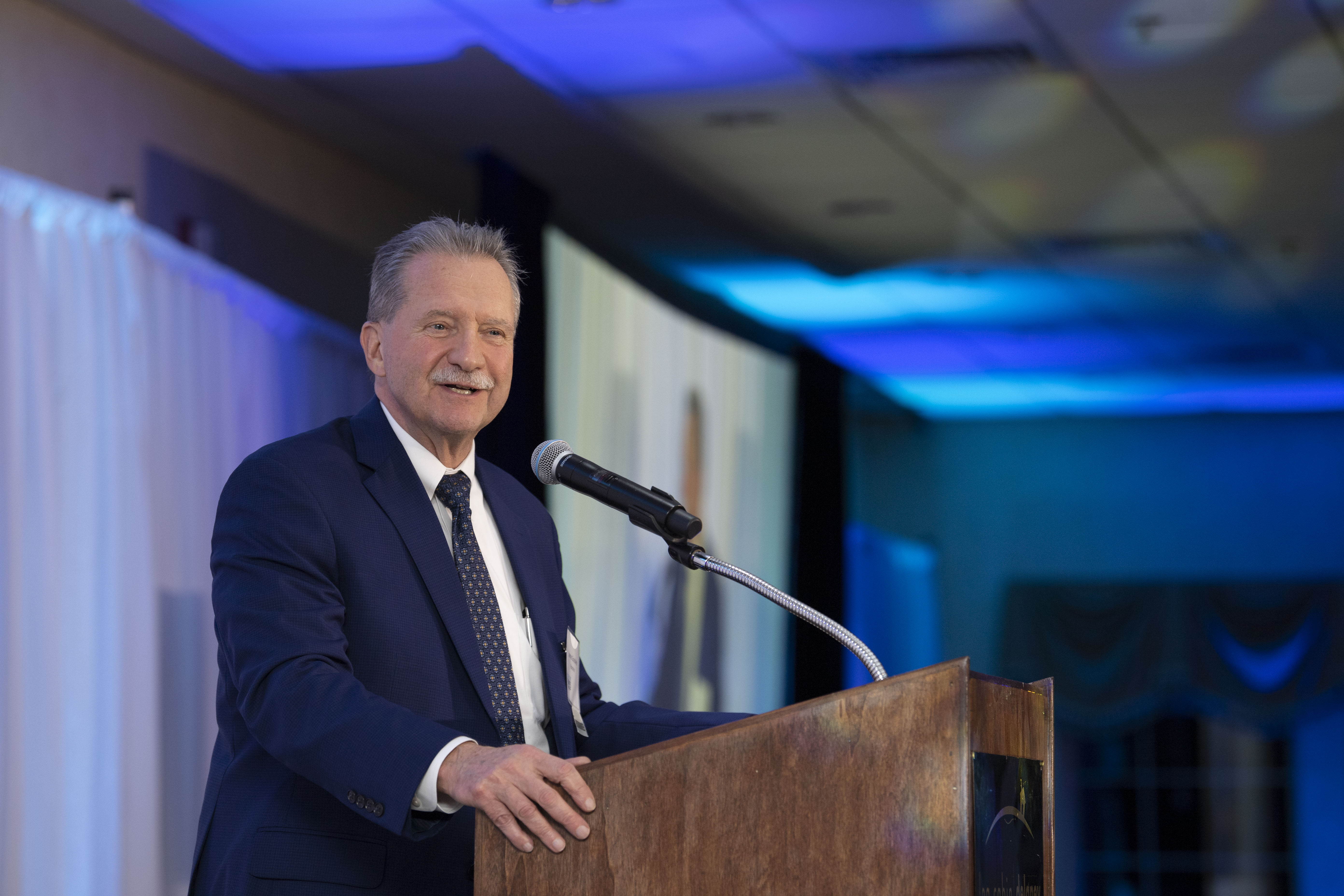