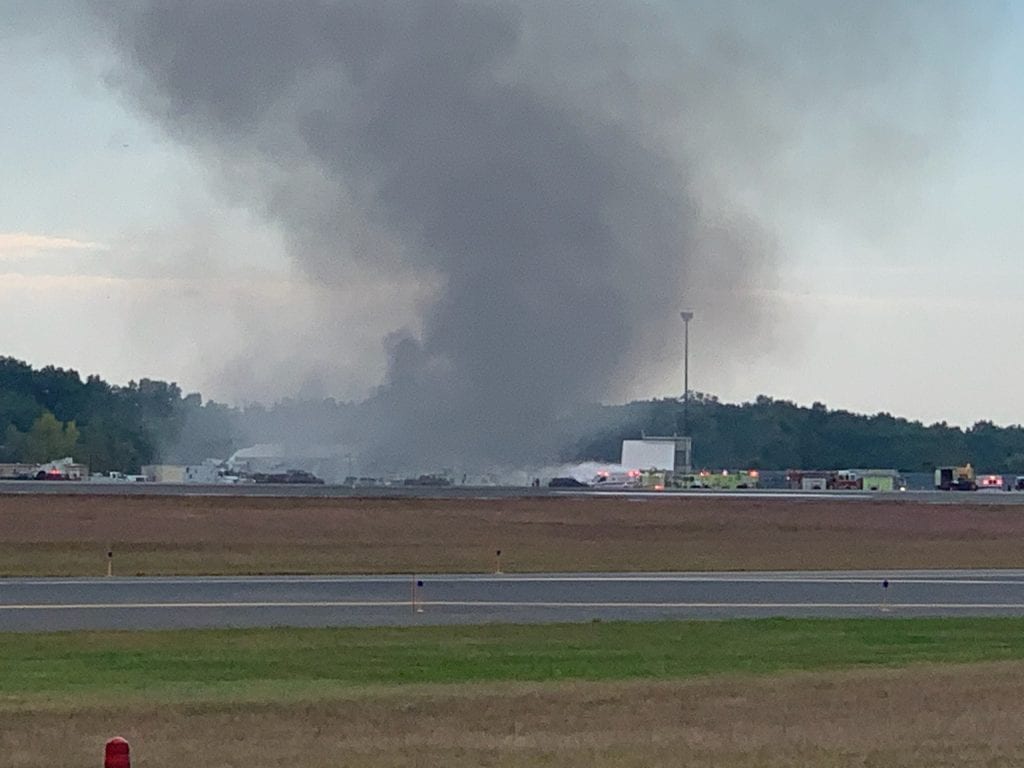 Thirteen people — 10 passengers and three crew members — were on board when the vintage Boeing B-17 Flying Fortress crashed at the end of a runway. Another person on the ground was injured when the plane slid off the runway and slammed into the building.

The aircraft is civilian-registered and belonged to the Collings Foundation, according to the airport’s Twitter account. A Wings of Freedom Tour, featuring the B-17 and other aircraft, was scheduled to take place from Monday to Thursday at the airport, the foundation said on its website.

The foundation is a 40-year-old educational nonprofit that organizes and supports living-history events and the preservation and exhibition of historical artifacts that help Americans learn more about their heritage, according to its website.