When she announced last month that the Federal Reserve would raise its key interest rate by 0.25% — the first rate hike in nearly a decade — Fed Chair Janet Yellen stressed that the move reflected a number of positive trends for the U.S. economy.

“This action marks the end of an extraordinary seven-year period during which the federal funds rate was held near zero to support the recovery of the economy from the worst financial crisis and recession since the Great Depression,” she noted. “It also recognizes the considerable progress that has been made toward restoring jobs, raising incomes, and easing the economic hardship of millions of Americans.”

She admitted that further improvement in the labor market remains but with the economy performing well and expected to continue to do so, a modest increase in the federal funds rate target is appropriate.

But how does that move affect area banks and their customers?

The short answer is, not much — at least not in the short term. 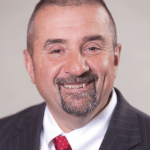 “The banking industry anticipated the Fed’s intention to raise rates. So the increase is already baked into the numbers, and I don’t think this announcement will have any effect,” James Sherbo, senior vice president, consumer lending at PeoplesBank, told BusinessWest.

“We’ve been expecting this for a long time,” he added. “We set mortgage interest rates, for example, by looking at the financial markets and bond interest rates. Neither of those have changed very much. We also price ourselves to be competitive in the market.”

The rate increase is a net positive for banks, which have been forced by seven years of low rates to make do with smaller margins between the interest rate they offer depositors and the rates they charge individuals and businesses for loans. And consumers will be affected depending on the types of debt they have.

“It is a very small move. It will be reflected in some changes in borrowing rates,” Yellen said. “Loans that are linked to longer-term interest rates are unlikely to move very much. For example, some corporate loans are linked to the prime rate, which is likely to move up with the fed funds rate, and those interest rates will adjust. There are some consumer borrowing rates, I think credit card rates, that are linked to short-term rates, that might move up slightly. But, remember, we have very low rates, and we have made a very small move.” 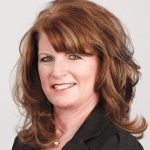 With the first Fed increase in more than years, there are a few ways consumers may see an impact in their financial lives, said Tami Gunsch, executive vice president, retail banking with Berkshire Bank. “The interest rates you pay and earn and the availability of credit are linked to the projections and judgments of Federal Reserve Board.”

The most immediate impact of the Fed rate hike will be on credit-card consumers because those rates are variable and will rise quickly in response to the Fed’s action. Before the move, the average rate on credit-card balances was 11.07%, according to James Chessen, chief economist of the American Bankers Assoc., but they are set to rise in parallel with the 0.25% Fed hike.

Greg McBride, senior vice president and chief financial analyst at bankrate.com, notes that the rate hike will also mean fewer credit-card promotions offering a 0% introductory-period rate. “But it’s not going to happen overnight. As rates go up, the rates on the offers you see will go up. Or, the promotional time period in which the offer is good will shrink.”

As for consumers thinking about buying a home or car, long-term fixed rates won’t change much in the next few months, analysts say, but they will begin climbing late this year and into 2017.

“Rates are pretty low, and they’re not going to change much” in the short term, Dean Croushore, a University of Richmond professor and former Fed economist, told CNN recently.

Historical context is important here, he added. The average interest rate on a 30-year fixed-rate mortgage right now is 3.9% and expected to gradually increase. But the average mortgage rate was about 6.3% 10 years ago, and 7.2% 20 years ago. In other words, it’s still a good time to borrow, and will remain so even when interest rates creep up.

However, borrowers in adjustable-rate loans might want to speak with their lender about the benefits of refinancing into a fixed-rate loan before too long, McBride said.

“Be wary of variable-rate debts such as home equity lines of credit (HELOCs) or even some private student loans that carry variable rates,” he advised. “Pay those down now or look to refinance into a fixed rate. Some lenders will even let you fix the interest rate on the outstanding portion of your home-equity line to protect against a rising rate environment. And if you have an adjustable-rate mortgage that could adjust upward, now is a great time to unload it and refinance into a fixed rate. Otherwise, a series of interest rate hikes could produce some nasty payment increases a year or two down the road.”

In short, Gunsch told BusinessWest, “consumers may anticipate changes in the interest rate they are paying on outstanding credit-card balances on a monthly basis. On the home-mortgage side, consumers may see an impact on monthly payments if they are in variable or adjustable-rate loan product. If a consumer has a fixed-rate mortgage product, their rate will remain the same with no monthly impact.”

While those rates rise, however, depositors won’t see much improvement in the interest rates they earn on savings. While America’s largest banks have already said they will start charging more interest for loans, they also intend to sit on the additional income. For instance, a JPMorgan Chase spokesman told CNN, “we won’t automatically change deposit rates because they aren’t tied directly to the prime [rate]. We’ll continue to monitor the market to make sure we stay competitive.”

McBride agreed. “We are not going to see an improvement right off the bat,” he said. “A lot of banks are sitting on a pile of deposits, and their margins have really been squeezed by low rates. So the incentives for banks is to pass on higher rates on loans but not deposits so they can breathe some life into that margin.”

Still, the Fed’s action, by most accounts, portends additional increases over the next two years, which will eventually push up interest rates in savings.

Gunsch said depositors will indeed eventually benefit. “From a savings perspective, consumers will most likely experience an increase in the earnings they see on the funds they are saving each month in interest-bearing accounts such as savings and money market or certificates of deposit.”

Despite the mixed impact on consumers, Yellen reiterated that the Fed’s decision reflects its confidence in the U.S. economy, and that is an overall positive.

“We believe we have seen substantial improvement in labor-market conditions, and while things may be uneven across regions of the country and different industrial sectors, we see an economy that is on a path of sustainable improvement,” she said. “So, in thinking about their labor-market prospects and their financial prospects going forward, I hope they will take this decision as one that signals [the Fed’s] confidence that conditions will continue to strengthen and job market prospects will be good.”

Meanwhile, Gunsch said, consumers just need to pay attention to what’s happening so the changes don’t take them by surprise.

“Now is a time for consumers to review their finances,” she said, “and look for opportunities to save more and manage their monthly expenditures wisely.”

Banquet Facilities in the Region