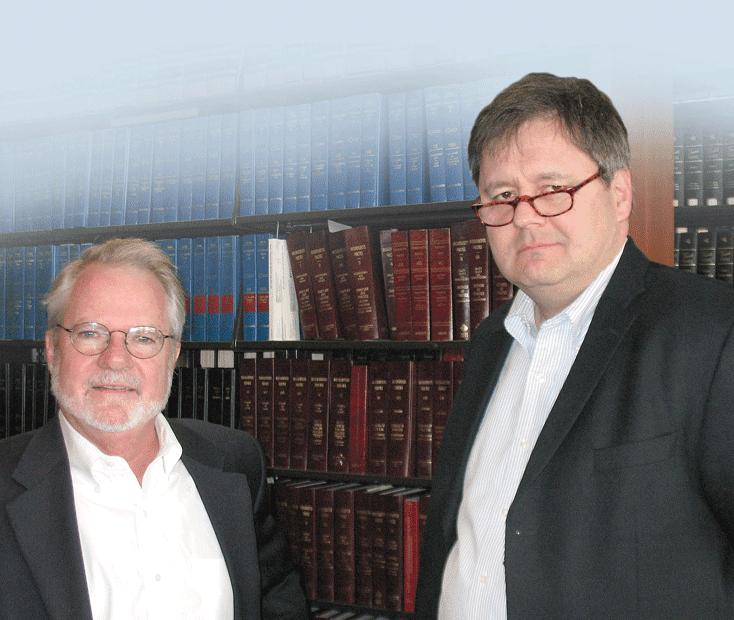 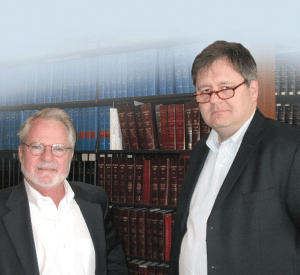 John Pucci has amassed a considerable record in white-collar crime. No, not that kind of record.
Specifically, he prosecuted criminal cases for the government as chief of the U.S. Attorney’s Office in Springfield before moving into private practice as a partner at Fierst, Pucci & Kane in Northampton.
For Bulkley, Richardson and Gelinas, the Springfield-based law firm that brought him on board as a partner earlier this year, his experience on both sides of white-collar-crime and other specialties make him a valuable asset. As part of his role, he’ll handle federal tax-evasion cases, public-corruption claims, and cases involving companies and individuals under pharmaceutical investigation — but, this time, fighting for the defense.
“It’s an enormous advantage for a practitioner in the white-collar crime arena to have worked inside government, because you really get a feel for how and why cases are prosecuted, where the fault lines are in terms of evaluating the case, and how the bureaucracy works — and doesn’t work,” Pucci said.
“Dealing internally with the IRS and FBI is a bit of an art form which takes years to learn,” he added. “When you come to the defense side, you have an ingrained sense of how the government is evaluating the same documents you’re looking at for a client.”
Pucci’s not the only new attorney at Bulkley Richardson. He actually hired Andrew Levchuk at the U.S. Attorney’s Office 20 years ago, “and we find ourselves back here, together, in 2012 by virtue of a collection of circumstances that were surely unforeseeable when I hired him,” Pucci told BusinessWest.
Levchuk, who also joined the firm earlier this year, most recently worked for the U.S. Department of Justice, serving as deputy chief of the Human Rights and Special Prosecutions Section of the Criminal Division.
“I had spent part of my time in Washington as senior counsel at the computer crime and intellectual property section, and we worked on computer issues like data theft and data privacy, and also worked with international groups focused on those issues,” he told BusinessWest.
“That’s now a big issue here in Massachusetts and across the country,” he added. “Massachusetts has very strict data-privacy and data-protection regulations that apply not only to large institutions, but medium-sized businesses as well. In addition, these are very important concerns for health care clients.”
Pucci — who also brought to Bulkley Richardson his associate at Fierst, Pucci & Kane, Lizette Richards — is happy to be reunited with Levchuk. “By chance, we had a discussion, and Andy was interested in coming here.” Pucci said. “I told him he’d be a great addition, and at my suggestion, he came down to talk to the folks here, and here we are.”

Ahead of the Curve
Here they are, indeed — along with a diverse assemblage of fellow attorneys. As a law firm that traces its roots back to the 1920s and has grown to a roster of 45 lawyers with a wide diversity of specialties, Bulkley Richardson doesn’t want to stand pat, instead always considering what the current trends are in law, and trying to meet them, said Sandy Dibble, chair of the firm’s executive committee.
“Our size is incidental to what we are and what we can do,” he said, noting that it’s actually a relatively small firm when compared to some metropolitan and international firms.
The company expanded into Boston 10 years ago, an office that has thrived while focusing largely on representation of financial institutions. No one, Dibble said, could foresee the scope of the crisis that engulfed the financial-services industry in 2008.
“That turmoil has produced lots of litigation for banks. We represent mutual funds and most major banks. We rarely do foreclosures, but we do defend banks and other financial institutions when they’re sued,” he explained. “Banks like Sovereign, Bank of America, Citizens, JPMorgan Chase are big clients, and we do work for them in multiple states in New England through the Boston office. We have good lawyers out there, and it has been very successful.”
Bulkley Richardson has also seen plenty of growth in its health care specialty, particularly at a time when local and national health-insurance reform, and generally increasing compliance demands, require skilled legal aid.
“That’s a hugely active field from a legal perspective, with a tremendous amount of new legislation at the state and federal level, lots of new regulation, lots of new regulatory activity among the clients we represent,” Dibble said — among them Baystate Health and several other hospitals in Western Mass.
“We’re certainly not the only law firm representing these clients, but we do work with them in various areas of expertise,” he continued. “We do a lot of work involving government and how to structure organizations, how to manage them so they have a high level of compliance and ethical behavior. We also interact with the government agencies that supervise health care institutions.”
Among its other strengths, Dibble said, the firm handles plenty of litigation work and boasts a strong business and corporate practice, ranging from the purchase and sale of businesses and real estate to representing nonprofits and foundations in all facets of their operations; from drafting contracts for construction projects to that aforementioned advisory role for health care institutions.
Those efforts included handling financing for Baystate Medical Center’s $296 million expansion project. “That was a pretty challenging undertaking because we were putting it together right at the time the economy was collapsing,” he said. “So we were happy to be able to get that accomplished.”
The firm also represents many individual clients, including business owners and public figures; Bill and Camille Cosby are among the firm’s valued longtime clients, Dibble said.
Not every specialty thrives at any given time, he noted — for example, commercial real estate work has experienced an overall decline in the past few years. “Diversity is helpful to a firm, which is why we’ve made some significant additions, bringing in some additional resources in areas we weren’t as strong in.”

Keeping Secrets
Among those is corporate data security, one of Levchuk’s strong suits.
“Five years ago,” he said, “the big data-security issues involved large computer networks and hacking into banks of health care institutions, and by people seeking to obtain personal information which they could then use to steal identities, credit-card numbers, and so on.
“Now,” he continued, “that has evolved into data theft from a variety of other devices. We all walk around with handheld computers; that’s what smartphones are. Think about the data a smartphone contains. And from an employer’s perspective, think about the data that employees send and receive on smartphones, and you can see how security is now a major issue. Breaches can lead to serious civil liability — and occasionally criminal liability — so it’s important that companies have the right policies in place and get up to speed on these issues.”
For his part, Pucci said he’s built up a strong résumé of complex civil and complex criminal cases, but, having gotten to know Dibble and others at Bulkley Richardson, “I was desiring to make a change and get into a larger environment, a richer environment. I had a discussion that led to my decision to come here. There had not been a white-collar practice here for at least a decade, maybe never.
“This firm is an ideal place for us to settle into because it’s got a lot of rich history,” Pucci continued, as Levchuk nodded agreement. “It’s been here 80 years, which means it’s got a solidity to it and a sense of permanence. It’s got a lot of depth in its resources; just from among the lawyers who walk the hallways, you can get an answer to almost any question in any area, which is helpful.
“And on the service side,” he added, “we employ people who don’t exist in a smaller firm without our resources, and that allows you to lawyer instead of having to manage. Back in my old firm, as co-managing partner, I spent a lot of time managing issues and day-to-day problems, not practicing law. This is a great environment to practice law.”
That distinction is important, he said, for clients who, in many cases, are facing one of the more difficult situations in their life.
“It’s very important that we as lawyers keep in mind that our clients have a problem, and we should try to be problem-solvers,” Pucci said. “And the problem-solving process, working through the legal system, is a complex matter. Here, all our essential focus is on being a lawyer.”
But Dibble was quick to add that the firm’s attorneys are dedicated to helping people outside of work, too.
“We have a lot of people on the boards of dozens of organizations, people who volunteer their time, and we as a firm contribute financially to a lot of organizations,” he said. “That’s important to our culture. We want our people to recognize that we’re all part of a community — especially in a smaller city like this. That’s not to say that people in big cities don’t take part, but in a place like this, there aren’t so many people available to help out that you can skip it.”

Building a Case
With the Great Recession hopefully fading, Dibble said, Bulkley Richardson is hoping to build on a very strong 2011 — which followed a slightly-off 2010 — as it continues to diversify and grow.
“It’s a very competitive market out there; there are some very good firms in Western Mass. and some very good lawyers,” he said. “But the competition is not just local; there’s also a lot of competition from Boston and New York firms, national and international firms, who would like to do some of the work we do.”
And have been doing for more than 80 years.