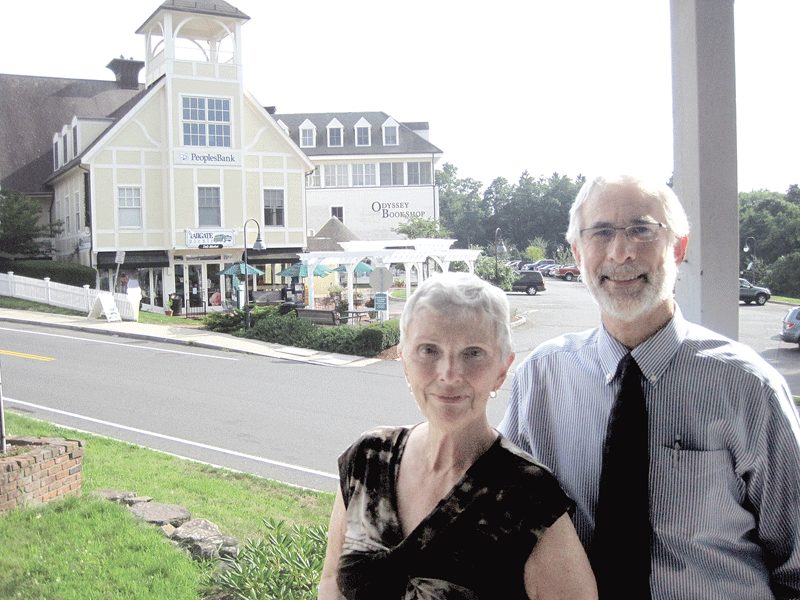 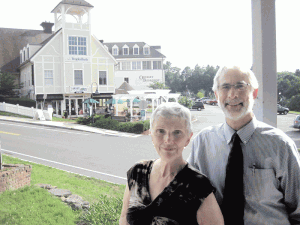 Susan Stockman and Steven Markow say the chamber relies on a support network woven from about 100 mostly small businesses and organizations in the two towns.

Steven Markow was talking about life as a small-business owner in a small community. And to make his point about what he liked most about that life, he recalled a recent episode at the supermarket.

“A customer came up to me, called me by name, and said, ‘I need your help; I’ve broken my glasses,’” said Markow, an optometrist and owner of Village Eye Care in South Hadley. “I really like that. It’s just what I love about living and having a business in a small town; my customers can come up to me in the grocery store, and I know them by name, and I can know right away what they need.”

The business community in South Hadley and neighboring Granby is dominated by such small businesses, he went on, noting that, while this constituency certainly contributes to the social fabric of those towns, it creates challenges, as well as opportunities, for the South Hadley & Granby Chamber of Commerce, which he will serve as president beginning in January.

Elaborating, he said that, while the chamber has some larger members — Mount Holyoke College would definitely be in that category — most of the 100 businesses and organizations involved with the chamber would be considered small if not very small. This creates fiscal challenges (dues are set based on overall employment figures) and limitations on overall support for chamber initiatives, he noted, adding that what this chamber lacks in terms of a membership base and large companies, it makes up with imagination, energy, and resourcefulness.

Those were some of the words chosen by the chamber’s part-time executive director and only employee, Susan Stockman, former director of Corporate Communications for Yankee Candle. She said the chamber is able to carry out its broad mission of serving members and promoting the business community through the donations of time, talent, resources, and vision from supporters such as Mount Holyoke and its president, Lynn Pasquerella, who Stockman refers to as “a dynamo.”

“A while back, she opened her home to our members, and it was a highly attended networking event,” Stockman explained. “We have to rely on others in the community to support us in various ways so we can support our members. The police and fire department, South Hadley School Band, and even our small group of volunteers that produce the annual Holiday Stroll [an outdoor winter festival filled with music, shopping discounts, and food in the Village Commons], they all help.”

Markow agreed. “We take advantage of working as a group, and we’ve even gained members who want to help with the Holiday Stroll, which helps to develop our betterment goals for the community.”

For this issue’s Getting Down to Business focus, BusinessWest talked with Stockman and Markow about this support network that has evolved over the years, and how it is integral to the chamber’s efforts to help improve quality of life in South Hadley and Granby.

It Takes A Village

When Stockman retired from Yankee Candle in the fall of 2005, it took less than four months, even through the typically busy holiday season, for her to realize that full days of downtime were not for her.

“I was so bored, I couldn’t stand it,” she told BusinessWest. “But this opportunity came about, and I had a good deal of experience working with the Franklin County Chamber of Commerce, since Yankee Candle was the largest employer in that area.”

Her background in corporate communications at the renowned tourist attraction was a good fit for the town of South Hadley, and since the position was only part-time, skills that included effectively communicating business objectives and working with volunteers through past chamber functions were welcomed, said Stockman.

But the road hasn’t been easy. “We’re very different from every other chamber in the region in that we are not in a tourism area, and that doesn’t offer us any funding sources, like the state funding that Springfield or even the Berkshires receive.”

But Markow adds that what South Hadley lacks in tourism destinations, it makes up for in the nationally recognized college — Mount Holyoke — and the aforementioned high quality of life and atmosphere that both towns offer. While Granby may be more of an agricultural community, it recently became the new home of the MacDuffie School, a highly respected, private, international boarding high school, which relocated from downtown Springfield.

Markow says there are still many businesses in Granby, but those come with what he calls “outreach issues.”

“Granby has plenty of business, but it tends to be home-based, like contractors, electricians, and plumbers — those businesses that are service-related,” he explained. “And with just a part-time executive director and those of us in the chamber who are already very busy running our own businesses, it’s difficult to go out and speak to them about the pluses of being with the chamber.”

Still, membership has held fairly steady in recent years, despite some losses prompted by the Great Recession.

“It’s been a hard time for many, but most of those that we lost are small, one-person businesses or those that had personal or family concerns,” said Stockman, who noted that membership, which was at 125 a few years ago, is now closer to 100. She noted a spate of recent closings or businesses restructurings, mostly in the restaurant industry along the Route 202 corridor. “But already, we see new businesses taking over those spaces — a gourmet deli, for one — and that is encouraging.”

Overall, membership is just one of the areas where the chamber relies on its members and volunteers to help grow membership and otherwise enable the chamber to carry out its mission, said Markow. “It’s as a group that we can make progress.”

Stockman noted that even the small town of Greenfield has a paid official charged with business development. “We are that person for South Hadley and Granby.”

Despite these challenges, the chamber has been able to bring value to members — and help many small businesses mature and grow — by enabling them to make contacts, largely through a host of formal and informal networking events, as well as informational sessions designed to keep them abreast of issues impacting all businesses in the Commonwealth.

“We’ve had a lot of success over the past few years with our Beyond Business monthly events (essentially an after-5 networking event), and we are very flexible with the days, but members do help out.”

She offered a recent example of group-effort support: Chris Brunelle, owner of Brunelle’s Marina, offered the Lady Bea vessel (on which the company provides cruises down the Connecticut River) as the venue for a networking cruise event on August 28, which will keep the cost of the event down for members.

School Is in Session

Stockman is also preparing for a special Beyond Business at the Old Firehouse Museum in September that will honor premier members. But aside from the networking and recognition, Stockman said there are two standout events in the chamber’s educational program: an annual legislative breakfast, which offers members an update on the political landscape from state Rep. John Sciback and state Sen. Stan Rosenberg (who missed this past spring’s event due to cancer treatments); and the annual Economic Forum, now in its sixth year, which features Mount Holyoke College Professor James Hartley.

“The Economic Forum is especially well-received due to Jim Hartley, who heads the department of Economics and, in fact, was recently named as one of the best 300 professors in the nation by the Princeton Review,” Stockman told BusinessWest.

Indeed, that book, The Best 300 Professors, compiled by the well-regarded Princeton Review, lists no less than 14 Mount Holyoke College professors, more than any college in the Commonwealth listed in that publication.

It is through this high caliber of talent within the South Hadley and Granby area, Markow noted — not just from the large businesses like Mount Holyoke College, but from enterprises of all sizes — that the chamber is able to pool support that helps to educate and better the business and personal lives of those in the area, even if they aren’t chamber members.

“I’m really proud of the quality of life in this community,” he said. “We’re working to make both towns a more attractive place to live and work.”

As a final example, Markow mentioned that, even though he doesn’t own a dog, he suggested that the chamber help make possible the creation of a dog park, a concept he says is becoming increasingly popular in towns across the nation, and certainly a act of ‘betterment’ in the community.

“Dogs these days, with all the town policies, rarely have a chance to be off-leash, and while we can’t take this all on ourselves, we’ll help to facilitate and get it going,” he said.

While every program, initiative, or event isn’t exactly a walk in the park, so to speak, Stockman says each effort — small or large and usually group-oriented — is just one more step in the right direction for the chamber and the communities it serves. 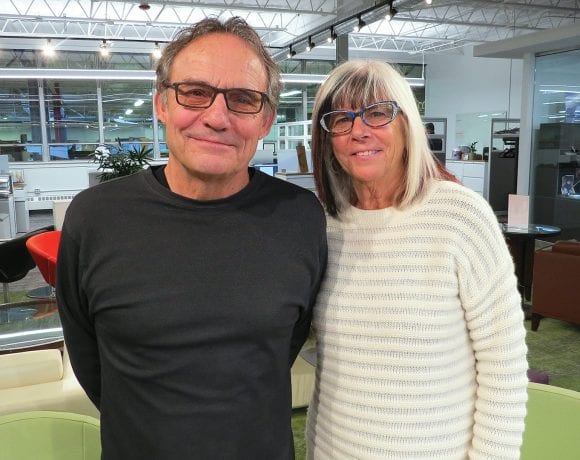 Conklin Office Is Positioned for Continued Growth and Evolution

Some Legal Considerations for the Process of Going Green