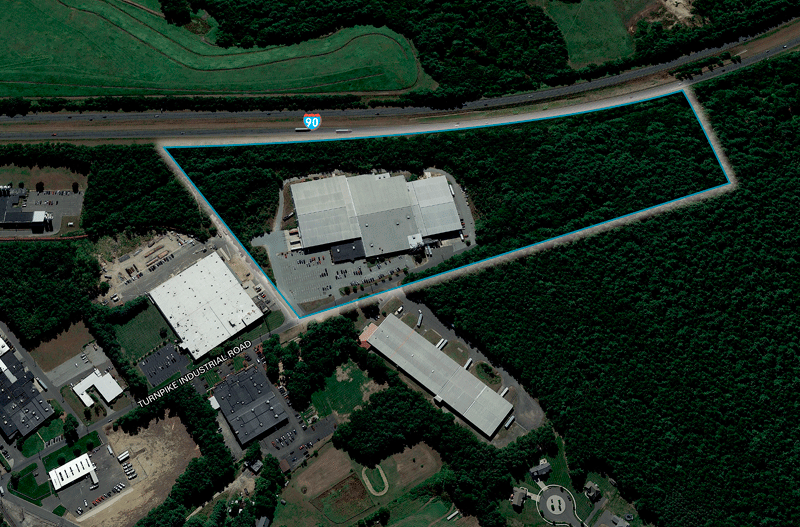 An aerial shot of 70 Turnpike Industrial Park Road in Westfield.

Michael Grossman says his New York-based firm, HMC Real Estate Partners, looks at several hundred properties in the Northeast corridor over the course of a year — at least a few per week, by his estimate.

When asked what prompts he and partners Barry Lefkowitz and Brendan Kolnick to move beyond looking — or well beyond, as the case may be — and make an addition to their growing portfolio of properties, he said there are a number of factors that go into that equation.

And every one of those boxes could be checked when it came to a property now marketed as 70 Turnpike Industrial Road, known to most as the National Envelope site, because that was the tenant there for a number of years before it vacated the property in 2015.

“We saw great potential for value creation,” said Grossman. “The project represents an excellent opportunity to turn a non-performing property into a productive asset for the community as well as our investors.”

Elaborating on this potential, Grossman noted that the property is located roughly a mile from Mass Pike exit 3 (you can almost see the highway from the property), and also has rail accessibility. What’s more, it has size (238,575 square feet) and flexibility in that it is suited for both production and warehousing, and is in good condition, especially following more than $1 million in work to the roof, replacement mechanical systems, and more.

Add in a strong market for manufacturing and distribution space, fostered by dwindling inventory, and a city eager to replace the jobs lost when National Envelope left the city, and it’s easy to see why HMC pursued the property and thus greatly increased its presence in the region.

Indeed, this is the company’s second major acquisition in Western Mass. in 2017; the other was the fully leased, 187,840-square-foot warehouse building in the Agawam Regional Industrial Park, home to OMG and Vaupel. 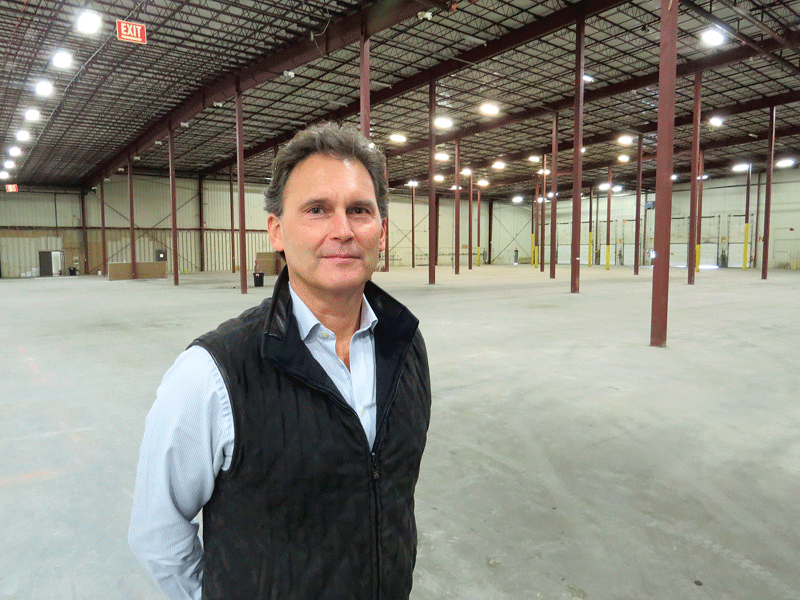 Michael Grossman says acquisition of the Turnpike Industrial Park property represents an opportunity to turn a non-performing property into a real asset for the city and the region.

Grossman joined fellow industry veterans Lefkowitz and Kolnick in creating HMC in 2016, with Grossman and Lefkowitz both having left Mack-Cali Realty Corp., a public, multi-billion-dollar real-estate investment trust, to start their own company.

HMC focuses primarily on acquiring multi-tenant industrial and office-flex properties, Grossman explained, adding that the company had developed a strong working relationship with many of the top real-estate-services firms, including Cushman & Wakefield, which put the Westfield property on HMC’s radar and is now its agent.

The company’s principals saw a property that needed some work — there was a considerable amount of deferred maintenance — but also great potential in what would be a new role, that of home to multiple tenants.

And Grossman, as he offered BusinessWest a tour and pointed out its open spaces, high ceilings (up to 36 feet in some portions of the facility), and 12,000 square feet of office space, envisioned up to four tenants.

“We’re looking at assembly, manufacturing, and straight distribution,” he explained. “The building lends itself to manufacturing because of the extensive power.”

The logo created to accompany marketing materials for the property does an effective job of highlighting some of its many assets, especially that strategic location part.

Indeed, curving their way around a large ‘70’ (the street address) are four lanes of highway and some railroad track. The roadway is the Turnpike, obviously, the west-bound lanes of which are less than 100 yards from the back of the property. The railroad track signifies the potential to create a spur that would connect the property to a rail line running through the north side of the city. National Envelope never used rail service, but the potential is certainly there for future tenants to do so, Grossman said.

Potential is a word you hear early and often in reference to this property, and Grossman and his partners are confident that it won’t be long before this potential is realized. 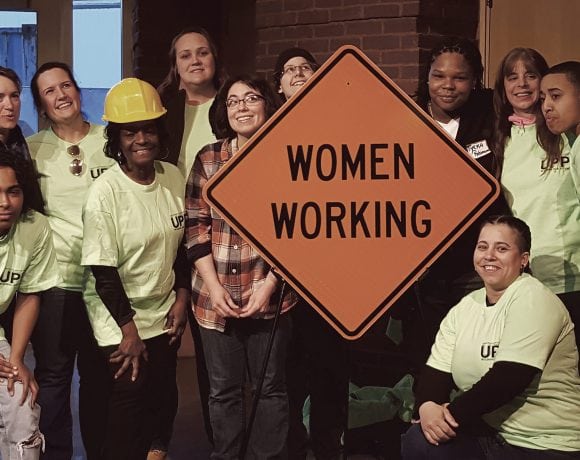 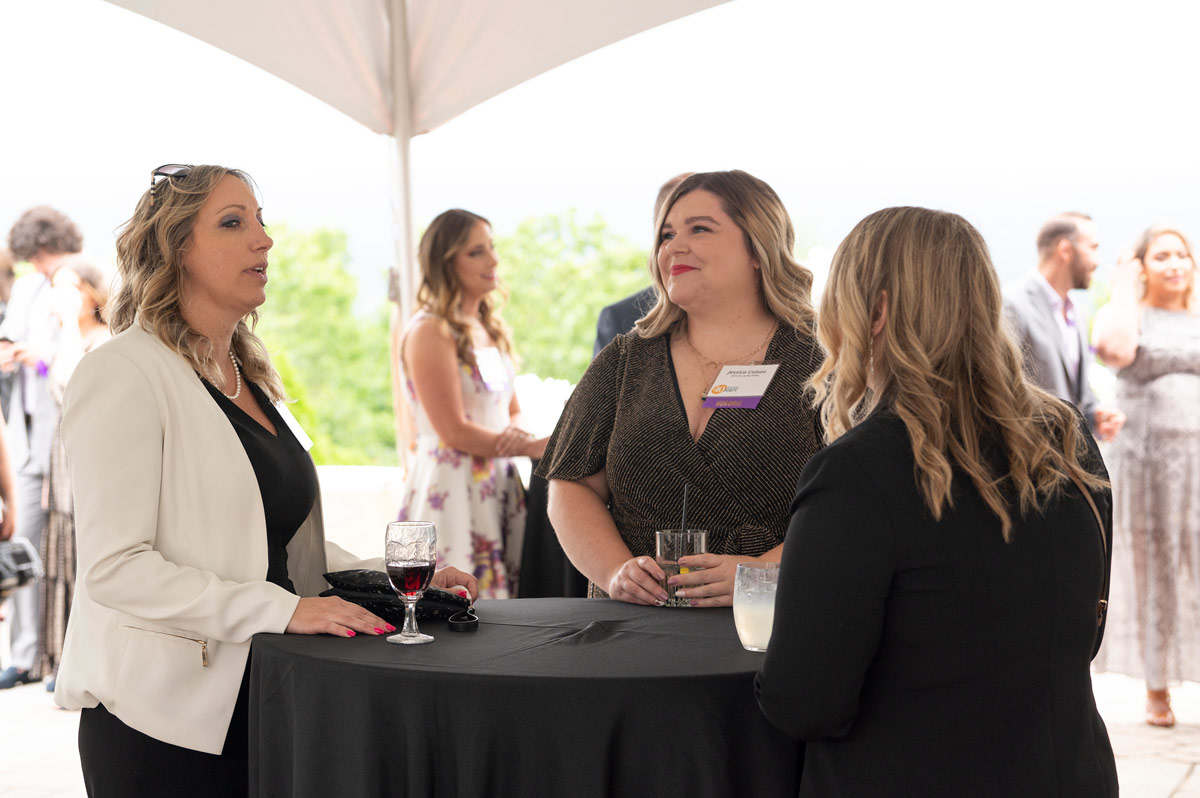