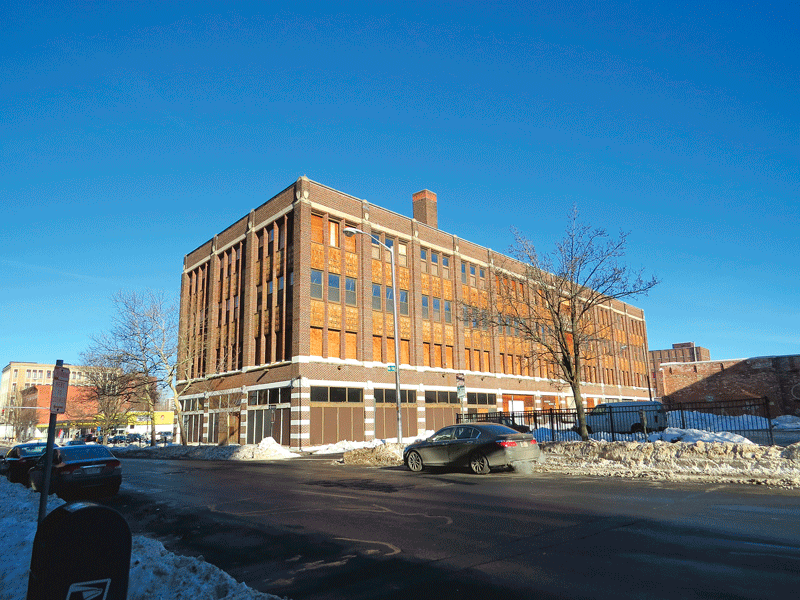 The Willys-Overland building on Chestnut Street has a proud past, and developers now believe it has an intriguing future as market-rate housing.

Chuck Irving says the property at 151 Chestnut St. in Springfield — known to the well-informed as the Willys-Overland Building because the long-defunct car maker had a showroom on its first floor and a 1,000-car garage above — caught his attention some time ago, after it was damaged and then abandoned after the natural-gas explosion in late 2012.

And he thought it had some potential.

But what really opened his eyes was the rebirth of an almost identical property in Detroit also built by Willys-Overland.

Irving recalled googling ‘Willys-Overland Lofts,’ the name of the housing complex the site was converted into (just as BusinessWest did, and you can) and seeing headlines about relatively small but well-appointed units selling for north of $500,000. And going fast.

“We started reading the articles about the same building in Detroit,” recalled Irving, a principal with Boston-based Davenport Properties. “We went online, looked at the pictures … and it was an incredibly attractive property. And so we started looking at this building, thinking, ‘if it’s structurally sound, this is a great opportunity, because it comes with parking.’”

Indeed, seeing what happened in Detroit and coupling that with what readily appears to be a growing need for market-rate housing as the countdown to MGM Springfield’s opening hits eight, maybe nine months, the Springfield property’s potential soared in Irving’s eyes.

Enough to make the 70,000-square-foot, four-story structure Davenport Property’s latest investment in the City of Homes and the region as a whole. Others include the Springfield Plaza, the Hadley Mall, and the Walmart in Westfield.

“Our company is involved with MGM,” said Irving, noting that the company considers itself MGM’s development partner in Springfield. “And we’ve been watching the employees of the company come into the area, especially the young ones, and looking at their perception of the inventory of available apartments. Through their eyes, it became really clear that there was a need for more market-rate housing in Springfield.”

Whether the Chestnut Street property in Springfield can follow the lead of its twin in Detroit is a huge question mark, one that will hopefully be answered by extensive cost-benefit analysis work in the weeks and months to come, or what Irving called “calibrating Springfield’s market rents with construction costs.”

But he believes the property is certainly a sound investment and that the building will play a key role in the revitalization of the city and especially the area that has come to be known colloquially as the ‘blast zone.’

Kevin Kennedy, Springfield’s chief Development officer, agreed. He said the Willys project, if it develops as Davenport believes it could, might become a catalyst for the blast zone, an area bordered, roughly, by Lyman Street to the north, Dwight Street to the west, Pearl and Hillman streets to the south, and Spring Street to the east.

“There are other investors looking into that area, which we’re calling the ‘next frontier’ in Springfield,” he told BusinessWest, adding that the conditions are favorable for more housing initiatives and related businesses in that zone.

These conditions include everything from MGM and other job-creating ventures in and around downtown to the revitalization of Union Station, just a block or so to the north of the Willys building, to an interest among Millennials and also some retiring Baby Boomers in what Kennedy called “urban living.”

“When you calculate all the jobs that are going to be happening in the downtown and the Springfield area in general, and also take into account the fact that urban living is making a comeback, as well as the growing entertainment options in that area … all these things make this project viable and add up to something good for Springfield,” he said.

A new life as housing would only be the latest chapter in the intriguing history of what has come to be known as the Willys-Overland Block Local Historic District, which was placed on the National Register of Historic Places in 1983.

Built in 1916 as an automobile sales, service, and garaging area, the property became part of what would later be described as an auto-industry legacy in Springfield. Indeed, the Duryea brothers created the first marketable auto in Springfield — there’s a statue depicting their creation near Stearns Square — and Rolls-Royce located a plant in the city to capitalize on its highly skilled workforce.

But Willys-Overland, like the others, did not enjoy a long history in the city. Indeed, it closed its property here in 1921 due to slumping sales, and it has seen a number of uses since.

It was a primarily a parking garage for some of the downtown hotels before they were converted into condominiums, said Irving, and after that, it served as home to a host of businesses, ranging from Square One to a construction company.

These operations were forced out by the gas explosion in late November 2012, he went on, adding that the building was completely gutted and has been vacant, with most of the windows covered with plywood, ever since. 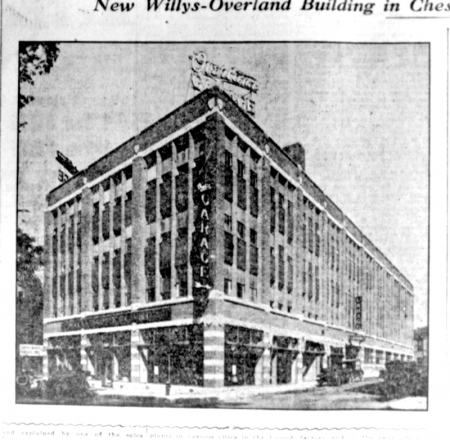 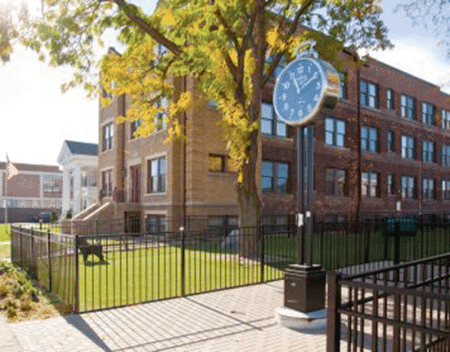 The previous owner applied for a demolition permit in January 2015, but the city sought and won a delay of that move due to the property’s historic significance.

It was this delay that essentially gave the property a reprieve — time for more progress to take shape in Springfield, time for a recognized need for more market-rate housing to emerge, and, yes, time for the Willys-Overland Lofts project to catch fire — and catch Davenport’s attention.

As noted, the Springfield Willys-Overland property is an intriguing addition to an already large and diverse portfolio of properties in Western Mass.

Perhaps the most visible is the Springfield Plaza, which has undergone an extensive facelift and added new tenants ranging from a trampoline complex to a new home for Springfield’s Registry of Motor Vehicles office, which, said Irving, has brought a significant surge in traffic to the plaza.

The portfolio also includes a retail complex across the street from the Eastfield Mall and what’s known as Davenport Square in Springfield, at the corner of Union and Main streets across from MGM Springfield. The development will include MGM’s daycare facility as well as some retail.

As for the Willys-Overland building, the next steps in the process of writing the next chapter in its history are finalizing designs, crunching the numbers, as noted earlier, and requesting support for historic tax credits, said Irving, adding that redevelopment is dependent on such tax credits and other forms of assistance.

While the reuse plans are still in their infancy, Irving anticipates perhaps 60 units of relatively small size, with a portion of the building to be used for parking.

“It’s got great bones, and it’s absolutely perfect for apartments with the column spacing,” he noted. “What we’re trying to go after is small — really small units for young professionals who don’t want the price of having a big space.

“Our take on it is that it’s a great investment,” he went on. “We’re not certain that the market rents will support the construction costs, and we’re still verifying that. But in the long run, we think Springfield is on the upswing, so whether it’s this year or next year, we’re convinced that this will be a great residential investment.”

As for the blast zone, or Springfield’s ‘next frontier,’ as Kennedy called it, progress has come slow to that area, with the gas explosion now more than five years in the rear-view mirror.

This can be attributed to several factors, he went on, including the slow pace of insurance settlements on many of the properties in the zone (including the Willys-Overland building) and a desire among investors to see how and in what ways Springfield continued its revitalization.

But Kennedy believes the Willys-Overland project could trigger other developments in that area and other housing initiatives as well. And Irving agreed.

“The Springfield market, in our mind, is about to blossom,” he told BusinessWest. “And so, this is a good place to be on the ground level.

“This is a small project at 60 units,” he went on. “If this tests out and verifies that market rates can support new construction, then this will be a catalyst for that entire area.”